Like technology in general, social media has both an upside and a downside. And when it comes to the social media effects on teens, those pros and cons are particularly significant.

On the plus side, platforms like TikTok, Twitter, Instagram, and Snapchat can be lifesavers for teens who feel isolated or marginalized, particularly LGBTQ teens. In addition, social media helped teens feel more connected and not as lonely during the pandemic.

But the impact of social media on youth can also be significantly detrimental to mental health. In particular, social media and teen depression are closely linked. Furthermore, overuse of the apps exposes teens to cyberbullying, body image issues, and tech addiction, and results in less time spent doing healthy, real-world activities. And while the majority of parents believe they know what their child is posting on social media, according to a Pew Research poll, a survey of teens found that 70 percent of them are hiding their online behavior from their parents.

The Effect of Social Media on Teenagers During the Pandemic

Are teens and social media a good mix, or does social media use lower teen well-being? Why is social media bad? This has become one of the more controversial questions regarding social media’s effects on teens, with studies showing varied results, including recent research on the use of social media during the pandemic.

According to a report released in 2021 by Common Sense Media on social media’s effects on teens, about half of the 1,500 young people surveyed said social media is very important for them in order to get support and advice, feel less alone, and express themselves creatively, as well as for staying in touch friends and family while social distancing. And 43 percent said that using social media makes them feel better when they are depressed, stressed, or anxious. Among LGBTQ youth, 52 percent said social media helps them feel better when they are experiencing these difficult emotions.

On the other hand, the report, titled “Coping with COVID-19: How Young People Used Digital Media to Manage Their Mental Health,” also showed a strong association between social media and teens feeling depressed. Youth with moderate to severe depressive symptoms were nearly twice as likely to say they used social media almost constantly: One-third of teens with depression reported constant social media use, as compared to 18 percent of teens who did not have depressive symptoms. Furthermore, the more severe their symptoms were, the more anxious, lonely and depressed they felt after using social media. Clearly, social media does not help teens who are already feeling depressed, and seems to contribute to their negative outlook.

Is social media part of the reason that teen depression has drastically increased over the last decade? Surveys of US adolescents show that teen depressive symptoms and suicide rates showed marked increases between 2010 and 2015, especially among females. Some researchers theorize that the increase in social media and overall screen use between those years could account for these changes. The adolescents surveyed who spent more time on social media were more likely to report mental health issues. Those who spent more time on unplugged activities, such as in-person social interaction, sports, exercise, homework, and print media, were less likely to report these issues.

Over the last decade, this theory has been borne out by a large body of research linking teenagers’ use of social media with increased teen depression. These studies show that the frequency of a teen’s use of social media has a clear correlation to their mental health. For example, in a 2018 study, 14- to 17-year-olds who used social media seven hours per day were more than twice as likely to have been diagnosed with depression, treated by a mental health professional, or taken medication for a psychological or behavioral issue during the last year. This was compared to those who used screens only about an hour a day.

Many experts believe that the constant overstimulation of social networking shifts the nervous system into fight-or-flight mode. As a result, this makes disorders such as ADHD, teen depression, oppositional defiant disorder, and teen anxiety worse. However, some research on social media and teen depression shows that the causality goes the other way—i.e., when teens are depressed, they look at social media more often. In one study of 600 teens, researchers found that social media use did not predict depressive symptoms, but greater depressive symptoms predicted more social media use over time.

“Some experts argue that young people’s use of social media is adding to their depression; others that their depression leaves them so uninterested in other activities that they turn to social media by default. [Our] research suggests a third possibility: that many young people who are experiencing depression— whatever the cause—are purposely and proactively using social media and other digital tools to protect and promote their own well-being.”

A recent study by researchers at University College London tracked three years of social media use by 13,000 teenagers, starting when they were 13. The teens also self-reported about their social media experiences and their mood and well-being.

After compiling the data, the study authors concluded that the social media effect on youth is driven by three primary factors:

The Impact of Social Media on Youth Social Comparison

One way in which social media impacts teen mental health is through negative social comparison—what media psychologist Don Grant, PhD, Newport Director of Outpatient Services, calls “compare and despair.” Teenagers on social media spend much of their time observing the lives and images of their peers. This leads to constant comparisons, which can damage self-esteem and body image, exacerbating depression and anxiety among adolescents.

As with other types of social comparison, teens report lower self-esteem and self-evaluation when looking at peers on social media sites. For example, this includes looking at profiles on which peers post curated images about their significant others, social events, or accomplishments. And teens felt better about themselves when they make so-called “downward comparisons”—looking at profiles of peers with fewer friends and achievements. According to a Pew Research Center report on the effect of social media on teenagers, 26 percent of teens say these sites make them feel worse about their own life.

Read “Teen Mental Health and the Theory of Social Comparison.”

Body image is one primary area in which teen social comparison leads to negative emotions. When tees compare themselves to curated and filtered photographs of their peers and of celebrities, they often feel inferior. This can lead to lower self-esteem and negative body image. In addition, Facebook use has also been linked to a higher risk of eating disorders.

According to a survey by Common Sense Media:

Along with providing ways to seek help and support, social media also provides forums in which teens can encourage each other in unhealthy and dangerous behaviors. Hence, teens with eating disorders or those who self-harm can connect with others to talk about their self-destructive routines. In these online forums, obsessive calorie counting, fasting, or over-exercising are accepted and encouraged. As a result, teens may learn ways to hide or intensify the behavior, putting them at greater risk.

On the flip side, a teen social network can inspire teenagers to develop healthy habits. Thus, seeing peers eating nutritious food, doing something creative, or getting outside in nature can encourage other teens to do the same. Social networks can create peer motivation, inspiring young people to try something new, follow their dreams, and speak up about things that matter to them. Teens can also find positive role models online. Hence, the effect of social media on teenagers might actually result in more unplugged time and increased self-care behaviors. 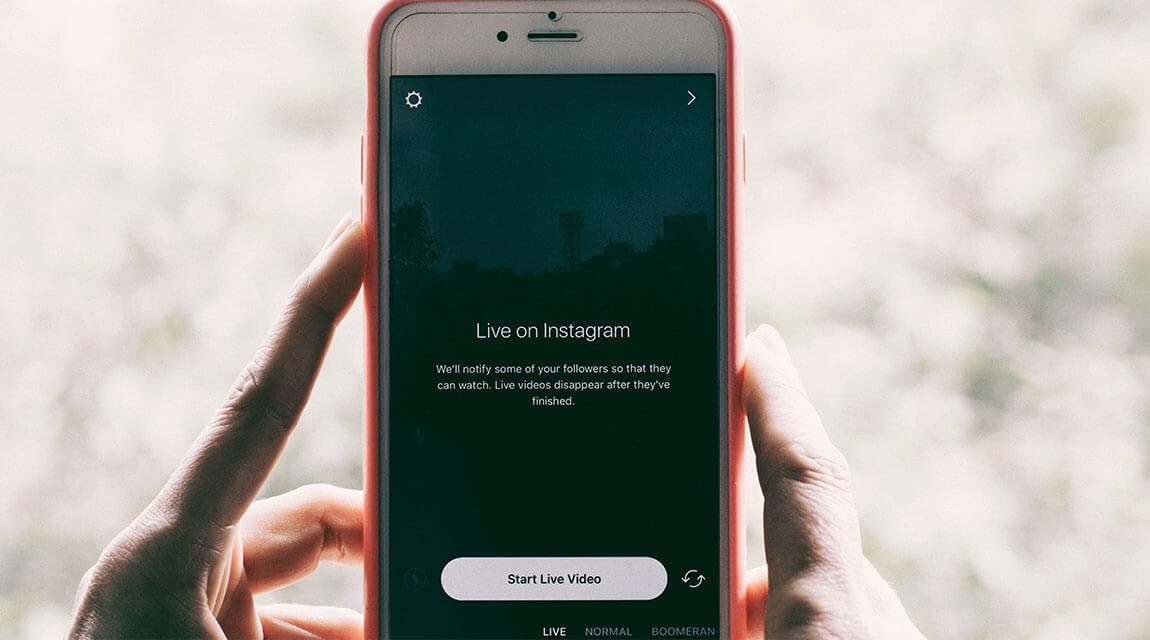 The Effect of Social Media on Teenagers’ Identity Formation

The impact of social media on youth extends to an important part of adolescent development: the formation of one’s unique identity. Hence, social media provides a forum for teens to practice skills related to identity development. These include self-presentation and self-disclosure—sharing their opinions, beliefs, and preferences.

In a longitudinal survey of 219 freshmen at a state university, researchers found that teens who expressed their opinions on social media experienced increased well-being. In addition, another study found that adolescents who communicated more online had greater “self-concept clarity”—a clearer idea of who they were. This self-awareness supports mental health.

A 2020 research article on teens and social media concluded that, since social media gives teens the “autonomy to explore and experiment with their identities in a space of their own, where they have control over what, how, and with whom they share information,” it had the potential to be particularly important during COVID-19, when real-life opportunities for identity formation were limited.

Friendship and social skills are additional areas in which the impact of social media on youth is both positive and negative. In the Pew Research Center report, 81 percent of teens in the survey said social media makes them feel more connected to what’s going on in their friends’ lives. In addition, two-thirds of teens said these platforms make them feel as if they have people who will support them through tough times.

During the pandemic, of course, social media became one of the most frequent—and sometimes the only—way in which teens socialized with peers. But there’s a difference between teens’ social media friends vs. their real friends: The Pew survey found that 60 percent of teens say they spend time with their friends online on a daily or nearly daily basis, but only 24 percent spent time with their friends that often in person (pre-COVID). These stats highlight how online connections may not translate into IRL relationships.

Moreover, cyberbullying increased exponentially during the pandemic. A 2020 report by the organization L1ght found a 70 percent uptick in hate speech among kids and teens across communication channels on social media and popular chat forums. More time spent online provides enhanced access to both the beneficial and detrimental aspects, further driving the effects of social media on teenagers.

The Addictive Quality of Social Media for Teens

Scientists have found that teen social media overuse creates a stimulation pattern similar to the pattern created by other addictive behaviors. Hence, the brain responds to social media the same way it responds to other “rewards”— with a release of dopamine. These dopamine rushes are catalyzed when a teen posts something online and is met with likes, shares, and positive comments from their peers.

“Social media use targets our limbic system through its susceptibility to intermittent variable rewards—the same basic idea behind slot machine design—that get us “hooked” and coming back from more. Our brains keep seeking the dopamine hit that comes with the next post we see on our feed or the next reaction to something we’ve posted. Research also suggests that these rituals may prime the brain for other future unhealthy dependencies or addictions.”

Treatment for Teen Social Media Addiction and Its Root Causes

As the research shows, teen social media overuse is often linked with underlying issues, such as depression, chronic stress, anxiety, or low self-esteem. Hence, treatment at Newport Academy includes addressing these root causes while unplugging from phones and social media.

After just a few days, teens begin to reawaken to their IRL environment. During treatment with us, they form strong friendships, explore their inner life through journaling and meditation, spend time in nature, and experience creative offline activities.

Newport’s clinical team specializes in helping teens gain the skills and self-knowledge to heal from the maladaptive behaviors, underlying causes, and negative consequences associated with teens and social media. Contact us today to learn more about our teen treatment programs and our approach to healthy device management.