Moreover, teenage relationships with peers support the development of compassion, caring, and empathy. Furthermore, adolescent friendships are a big part of forming a sense of identity outside the family.

True, teen friendships can also have a dark side. But, most of all, they provide a wide range of benefits.

We all know that having good friends makes us happier. But scientists have put this feeling to the test. Hence, a large body of research examines teens and friendship. As a result, the evidence shows that teen friendship is linked with psychological well-being.

One study used data from a nationally representative sample of more than 111,000 adolescents. The researchers investigated whether teenagers who were integrated into friendship networks had better mental health, as measured by a number of depressive symptoms.

Subsequently, the findings made clear that teens with more friends had fewer symptoms of depression. In addition, teens with a friendship network felt a sense of belonging. As a result, those teens had more positive feelings about their relationships with other people in society.

Furthermore, studies have examined how having a best friend affects mental health. Hence, the findings showed that adolescent best friend attachment is related to psychological health.

The Benefits of Teen Friendship

Social connections, such as teen friendship, create a host of positive benefits. These include the following: 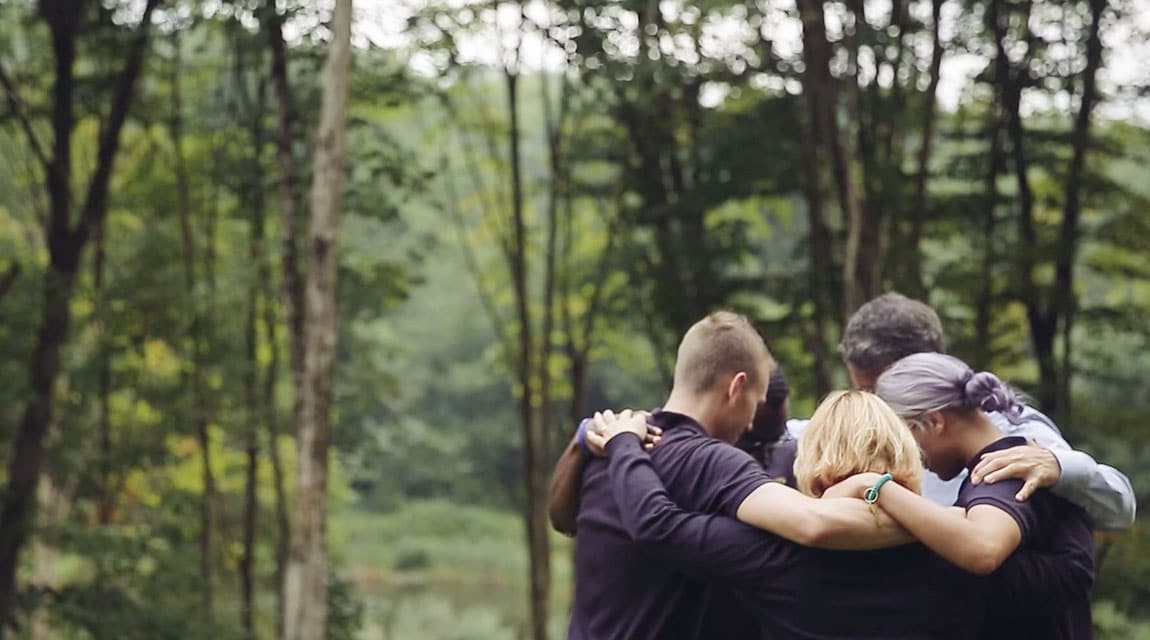 Teens Are Wired to Make Friends

But this developmental stage is completely natural, according to Daniel J. Siegel, a clinical professor of psychology and co-director of the UCLA Mindful Awareness Research Center. Dr. Siegel believes that teenagers’ desire for friendship is biologically hardwired.

“Why would it be natural to turn toward your peers as an adolescent? Because that’s on whom you’re going to depend on when you leave home. Often, in the wild, a mammal without an adolescent peer group is as good as dead. So connecting with a peer group can feel like a matter of survival.”

In addition, teen friendship is so important that going without it hurts—literally. A brain imaging study at the University of Michigan suggests that the same parts of the brain are activated by social rejection as by physical pain. Thus, kids being left out feel the rejection deeply. Hence, “I feel left out” is one of the worst things a parent can hear.

Read “Teenage Isolation and How Parents Can Help.”

Furthermore, teenagers who have close friendships in adolescence have better mental health as young adults. New research published in the journal Child Development followed 169 people, starting at ages 15 and 16. They compared teens with close friendships to teens who were broadly popular. So they had a larger friend group but less intense friendships.

Each year, the participants were given questionnaires to assess their levels of anxiety, depression, and self-worth. Consequently, researchers found that people who had close friends as teens reported higher levels of self-worth and lower levels of social anxiety and depression at age 25, compared with their popular peers.

The participants who did not experience an intense closeness with their friends didn’t show much change in symptoms of depression and anxiety over the 10 years of the study. Moreover, their sense of self-worth did not change much either.

In addition, the unconditional support and caring of close friends protect teens against insults to their self-worth or feelings of depression. Moreover, such protection has huge significance during the vulnerable adolescence years.

Furthermore, the study found that people with more friends had more social anxiety. Hence, they theorized that the strength of teen friendships is more important than the number of friends a teen has.

Therefore, the study validated what parents often tell teens: Popularity isn’t important. The most beneficial teen relationships are deep, close friendships in which teens feel seen for who they truly are.

“As technology makes it increasingly easy to build a social network of superficial friends, focusing time and attention on cultivating close connections with a few individuals should be a priority.”

—Joseph Allen, psychology professor at the University of Virginia and co-author of the study

In adolescence, teen friends are often more important than adults in helping teenagers move past difficult situations. A new study of 108 high school students in Australia found that friendships were particularly helpful for teens immediately after a stressful event, such as failing a test.

Researchers from Australia’s Murdoch and Griffith universities surveyed teens throughout their days. And they found that teens cope better emotionally when they’re with peers rather than with adults after a stressful event.

In addition, these benefits were even more significant for girls than boys.

“Being among peers during times of stress may offer adolescents an open, supportive, and rewarding space which may help dampen the emotional turbulence that adolescence can bring.” 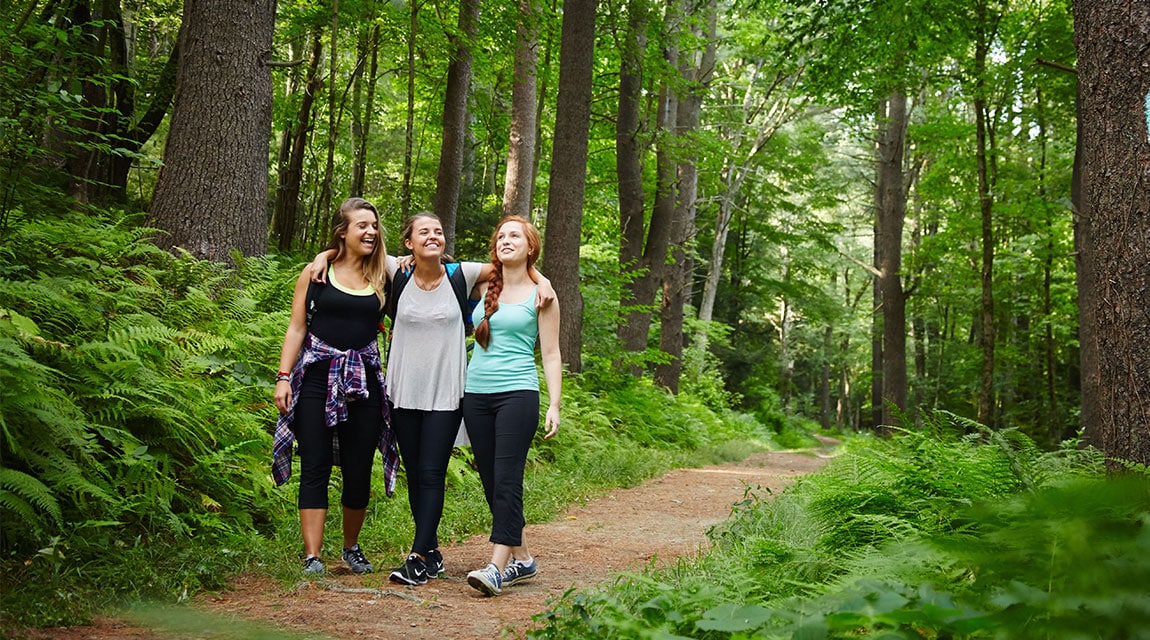 Teens Recognize Themselves in Each Other

Moreover, teen friendships help young people understand that they are not alone. As a result, they recognize that others feel the same emotions, insecurities, fears, and anxieties. Therefore, they realize that their feelings are normal and common.

Hence, teen treatment involves a safe and supportive community in which teens can be honest with each other and make authentic connections.

“Many times, it’s the first time they realize that other kids who look good on the outside feel the same way they do on the inside,” says Dr. Barbara Nosal, PhD, LMFT, LADC, Chief Clinical Officer at Newport Academy. “It’s an enormous relief to find other people with similar family issues, struggles, and challenges.”’

“Isolation is the crux of all human suffering, and human connection is the antidote.”

How Long Does It Take to Make a Friend?

Why do we make friends with some people and not others? Scientists studied how friendships develop. As a result, they discovered the key to how to make friends in high school—or in any situation. It’s all about time.

A new report published in the Journal of Social and Personal Relationships shows how much time people need in order to become friends. Study author Jeffrey Hall, a University of Kansas professor, surveyed 112 freshmen at the university. In addition, he asked them about people they had met since starting school two weeks before.

Next, he followed up with the participants four and seven weeks later to see how their relationships had developed. As a result, he found that it takes

“We have to put that time in. You can’t snap your fingers and make a friend. Maintaining close relationships is the most important work we do in our lives—most people on their deathbeds agree.”

In addition, teens keep in touch with their real-life friends through social media. According to the Pew report, 70 percent of teens say that social media helps them stay more connected to how their friends are feeling. Moreover, 68 percent of teen social media users said that their online communication with friends helps them get through stressful and challenging times.

How Teens Stay in Touch

However, teens still use phone calls to maintain friendships. A total of 85 percent of teens say they spend time with friends by calling them on the phone. Moreover, 19 percent talk on the phone with friends every day.

The Downside of Online Friendships

However, the report found that sharing on social media can have negative consequences on teen well-being. For example, teens can learn about events and activities to which they weren’t invited. Moreover, the images teens see on social media often lead them to make negative comparisons with their own lives.

Especially relevant to teen friendships, here are some statistics from the report.

Therefore, social media has both negative and positive implications. It helps teens stay in touch, but it can also encourage conflict and hurt feelings.

Parents have always understood that peer pressure can encourage teens to make poor choices. And those choices often relate to risky behavior. Thus, such risky activities may include drug use, unsafe sexual behavior, and unsafe driving.

Now scientists have concrete proof of the negative effect of peer pressure. Research using brain-imaging technology shows that teens experiencing peer pressure are more likely to make risky decisions. Moreover, that’s true even when the peer is anonymous and not physically present.

Read “The Truth About Teens and Risky Behavior.”

The Influence of Peer Pressure on Teen Risky Behavior 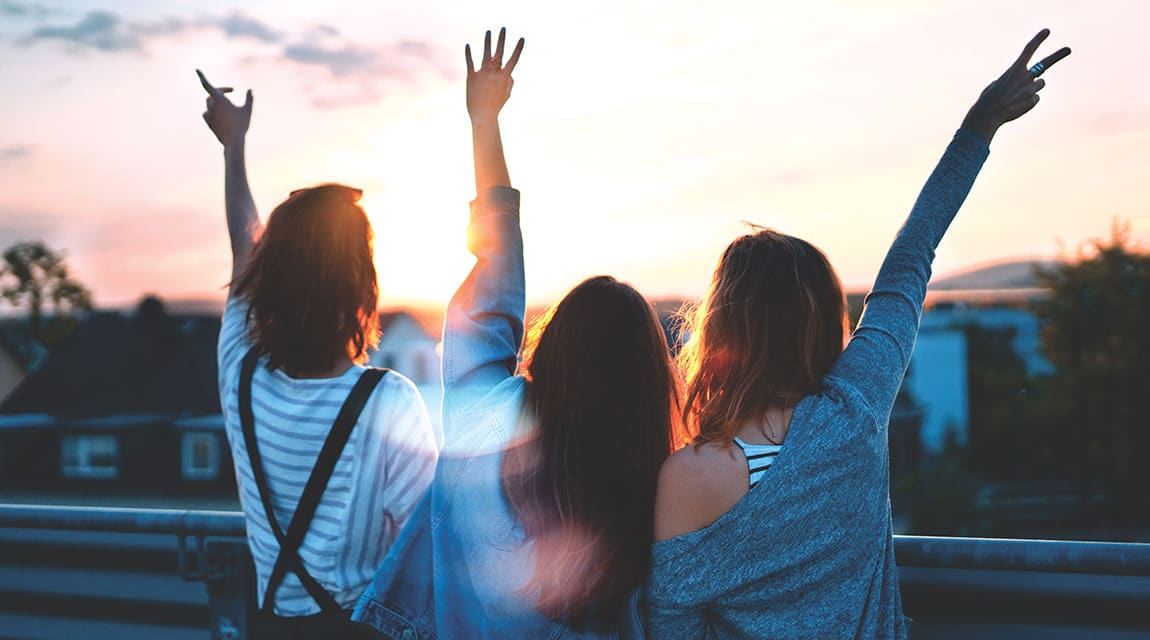 The Positive Side of Peer Pressure

But there’s also a beneficial aspect to peer pressure. The scientists who conducted the experiments with teens and gambling discovered positive consequences as well.

In fact, teens who believed they were being watched while gambling showed the following positive behaviors, as opposed to those who played alone:

Researchers concluded, “that teenagers learn more quickly and more effectively when their peers are present than when they’re on their own.”

Moreover, a survey of approximately 1,500 adolescents and their families showed that the vast majority of young teens are not pressured by their friends to drink, smoke, use illegal drugs, or engage in other risky behaviors. In fact, the study found that friends are much more likely to support each other’s efforts to do well, rather than pressuring each other to take risks or make poor choices. 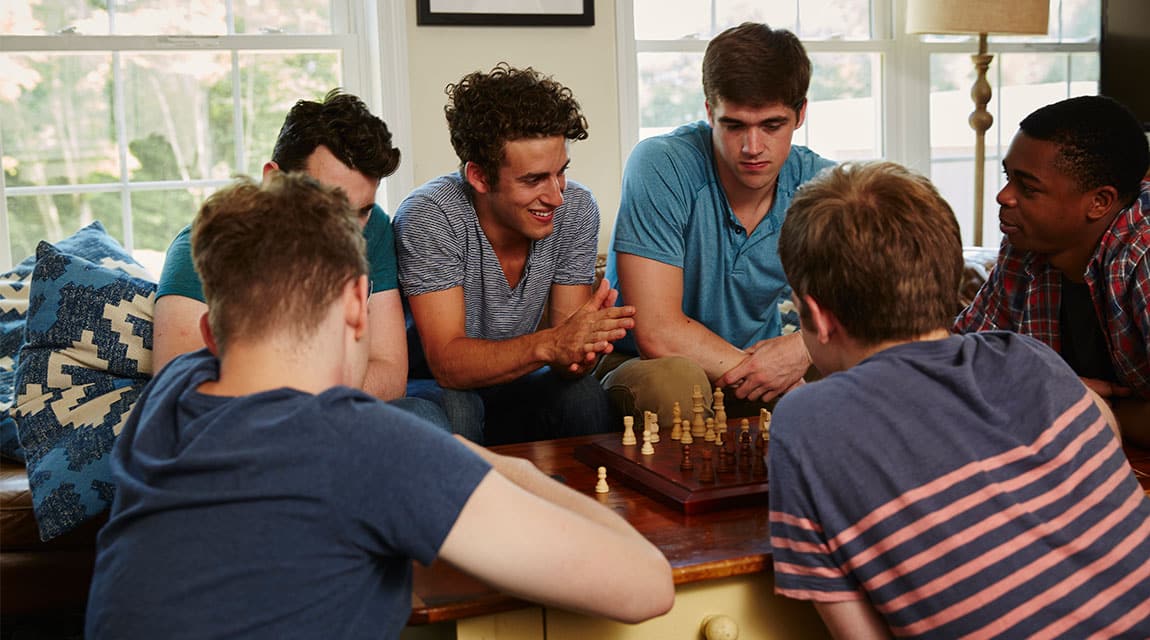 Talking to Teens About Friendships

Parents can’t choose their teenagers’ friends. And they can’t control their friendships. But parents can and should talk to their teens about what friendships should feel like. Moreover, they can help them understand how to be a good friend.

Here are some of the most important things teens should know about friendship.

The best teen friendships allow teenagers to speak honestly and openly about how they are feeling. Moreover, they can do so without fear of being judged or insulted. This kind of authentic connection will support them during adolescence and beyond.

The Power of Listening

When teens understand the power of peer pressure, they can make clearer decisions. Parents can help them recognize how friends influence each other, in both positive and negative ways.

As the above study showed, it takes time to make a good friend. Therefore, teens often make good friends at camp, on sports teams, or in extracurricular activities. Sometimes it’s easier for teens to make friends in situations outside of school where they share similar interests.

Not all teen friendships last forever. People change as they mature, and therefore they may grow apart. Parents can encourage teens to think about the qualities that are important to them in a relationship. Friendships are more likely to last when teens have similar values and priorities, and want the same things out of the relationship.

It’s normal for teens to have fights and disagreements. But that doesn’t mean the friendship has to end. Teen friendships help adolescents learn how to navigate conflict. In addition, they have the opportunity to look at themselves and recognize what they could do differently. Moreover, they learn how important it is to say “I’m sorry” and also how important it is to forgive the other person.

Especially relevant, parents should avoid judging their teenagers’ friends. The more accepting they can be, the better. The priority is to maintain closeness and communication between parents and teens. Therefore, knowing their friends and respecting their friendships is key.

In conclusion, teen friendships matter—a lot. They’re a huge part of growing into adulthood. But no matter how important their friends are, the significance of teen relationships with parents can never be underestimated.