Teen sports can have a major impact on quality of life. Physical activity has significant benefits for teen mental health. Therefore, each teen needs to find a way to reap those benefits. For some kids, dance, yoga, and hiking are good options. In addition, for many teens, high school sports are an accessible and enjoyable way to get moving. Teen basketball, teen baseball, intramural sports, and youth track clubs are all options for adolescents. 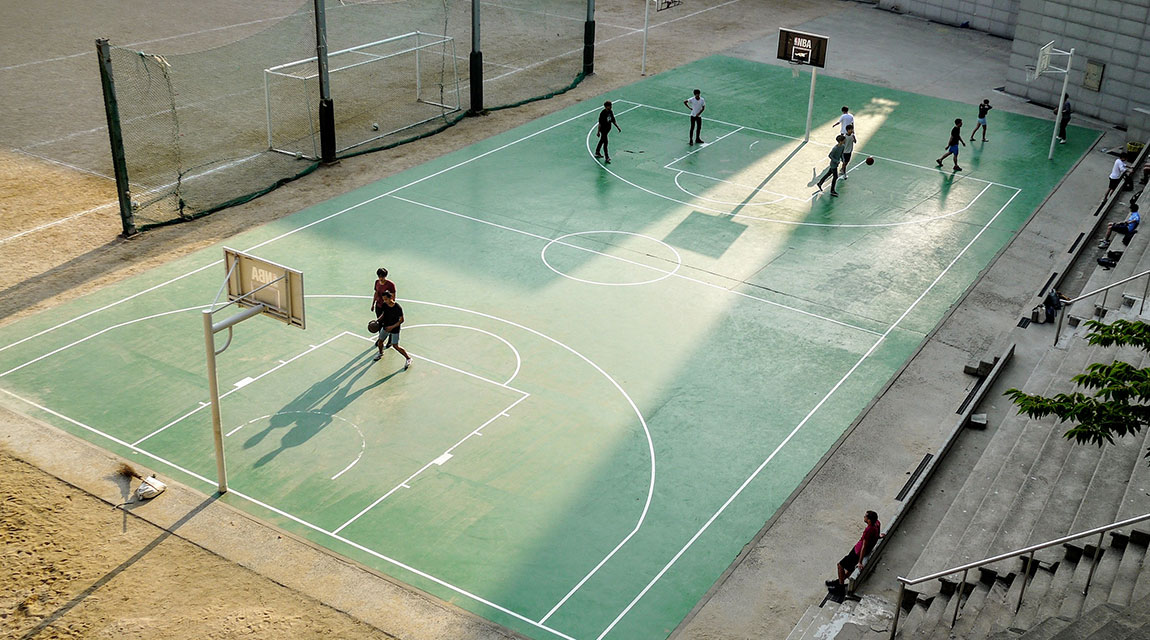 The Impact of School Sports on Teen Mental Health

Science provides evidence of the positive impact of teen sports. According to a Canadian study published in the Journal of Adolescent Health, students who play team sports in grades 8 through 12 have less stress and better mental health as young adults.

In the study, 850 students from 10 Canadian schools were surveyed about their participation in school sports, such as basketball, soccer, track and field, wrestling, and gymnastics.

Subsequently, three years after graduation, researchers followed up with the participants. Specifically, they asked them questions about how often they experienced depressive symptoms and the amount of stress in their lives. Additionally, they asked them to rate their mental health on a scale of 1 (poor) to 5 (excellent).

According to study co-author Catherine Sabiston, PhD, of the University of Toronto, “Team sports offer a heightened emphasis on group goals, social support, and sense of connection that provide more opportunity for learning adaptive coping strategies that can be essential for long-term mental health.” 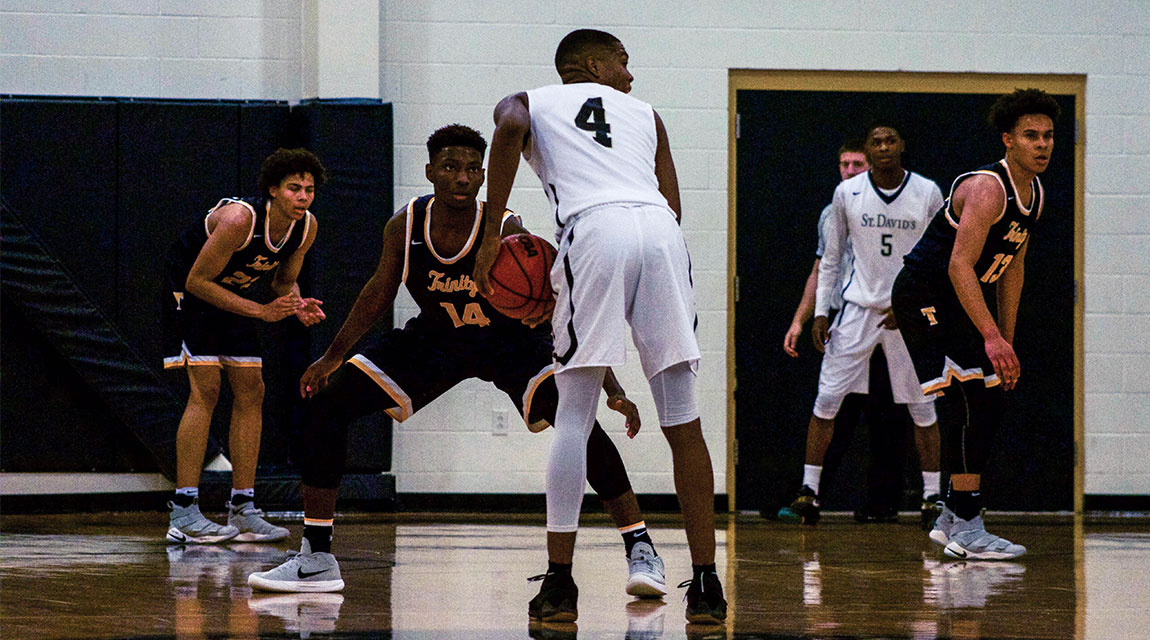 Why do teen sports benefit mental health? Scientists have been exploring the link between exercise and mood for more than 100 years. As a result, a large body of research shows that physical activity improves mental health. In particular, exercise decreases symptoms of depression.

Moreover, physical inactivity is associated with the development of psychological disorders, according to research. Thus, being inactive puts teens at a higher risk of developing mental high conditions.

However, scientists are not entirely sure why this is true. While the investigation continues, researchers and mental health professionals have pinpointed some of the reasons.

Specifically, both biological and psychological factors come into play.

What Happens When We Exercise

Here are some of the reasons why exercise is helpful in boosting teen mental health. 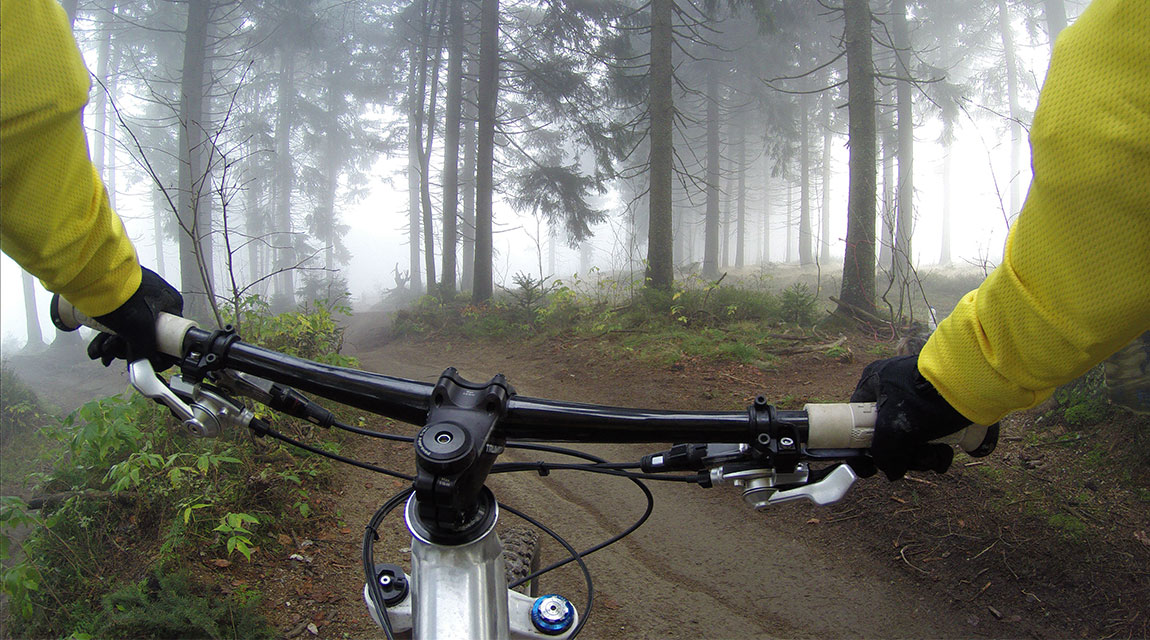 Research on Physical Activity and Depression

Regular exercise makes a significant positive difference in terms of depression. Many studies demonstrate how physical activity counteracts depressive symptoms in both teens and adults.

Moreover, multiple studies have confirmed these results. In fact, exercise can even be as effective as antidepressants. Specifically, one study found that exercise compares favorably to antidepressant medications as a treatment for mild to moderate depression. Furthermore, exercise has been shown to improve depressive symptoms when used in combination with medications.

In the study mentioned above, researchers divided 156 men and women with depression into three groups. Next, one group took part in an aerobic exercise program. Meanwhile, another group took Zoloft. Furthermore, a third exercised and also took medication.

After 16 weeks, depression had eased in all three groups. In fact, the group scores on two rating scales of depression were about the same.

However, a follow-up study, done six months later, found that the effects of exercise actually lasted longer than those of antidepressants. Researchers checked in with 133 of the original participants. As a result, they found that those who had continued to exercise regularly after completing the study were less likely to relapse into depression. Moreover, this was true regardless of which group they were in originally.

“Physical exercise has direct effects on the biology and psychology of depression. Exercise increases levels of neurotransmitters that may sometimes be depleted and releases relaxing and pleasure-inducing endorphins. Exercising, we discover that feelings of helplessness and hopelessness begin to fade.”

—James S. Gordon, author of Unstuck: Your Guide to the Seven-Stage Journey Out of Depression

To Ward off Anxiety, Get Moving

In addition to protecting teens from depression, physical exercise can prevent or decrease symptoms of teen anxiety.

Regular exercise has been shown to decrease symptoms of anxiety. In a study of college students, the students who were physically active reported higher levels of excitement and enthusiasm as compared to those who were less active.

In one study, researchers found that people who got regular vigorous exercise were 25 percent less likely to develop depression or an anxiety disorder over the next five years.

“Single sessions of activity reduce anxiety, improve mood, and raise feelings of energy that last for several hours. Long-term participation can significantly improve conditions such as clinical anxiety and depression to a degree that rivals medication, both in adults and adolescents.” 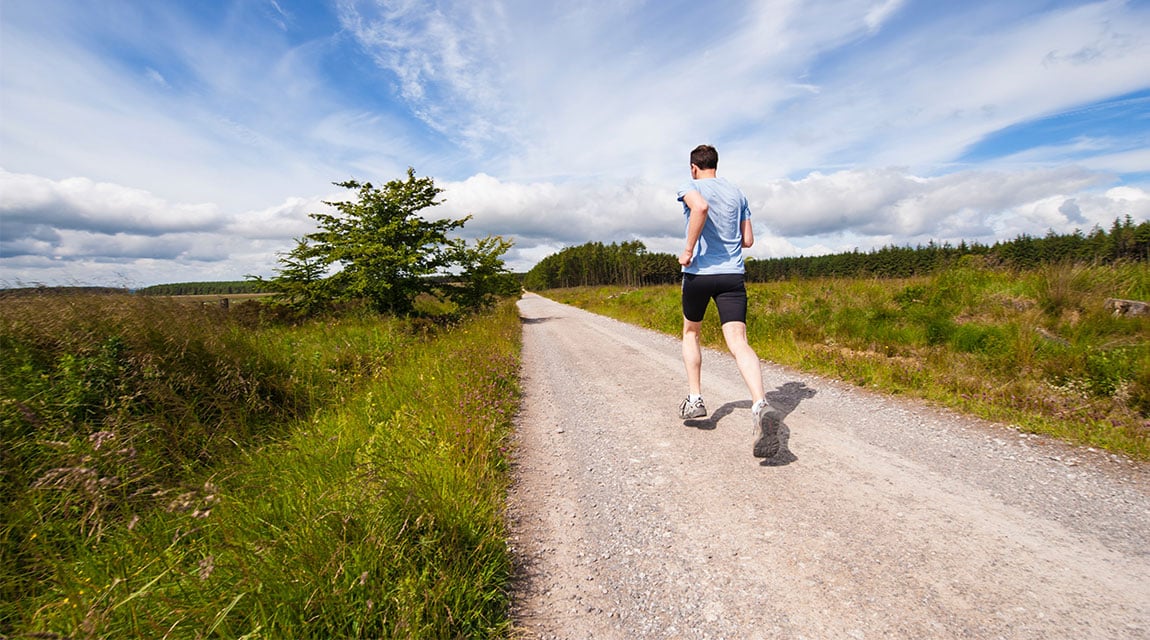 The endorphins released by exercise have a wide range of beneficial effects on psychological health. As mentioned above, exercise helps combat depression and anxiety.

According to research, doing physical activity three to five times a week for at least 30 minutes can provide these cognitive and mental health benefits. 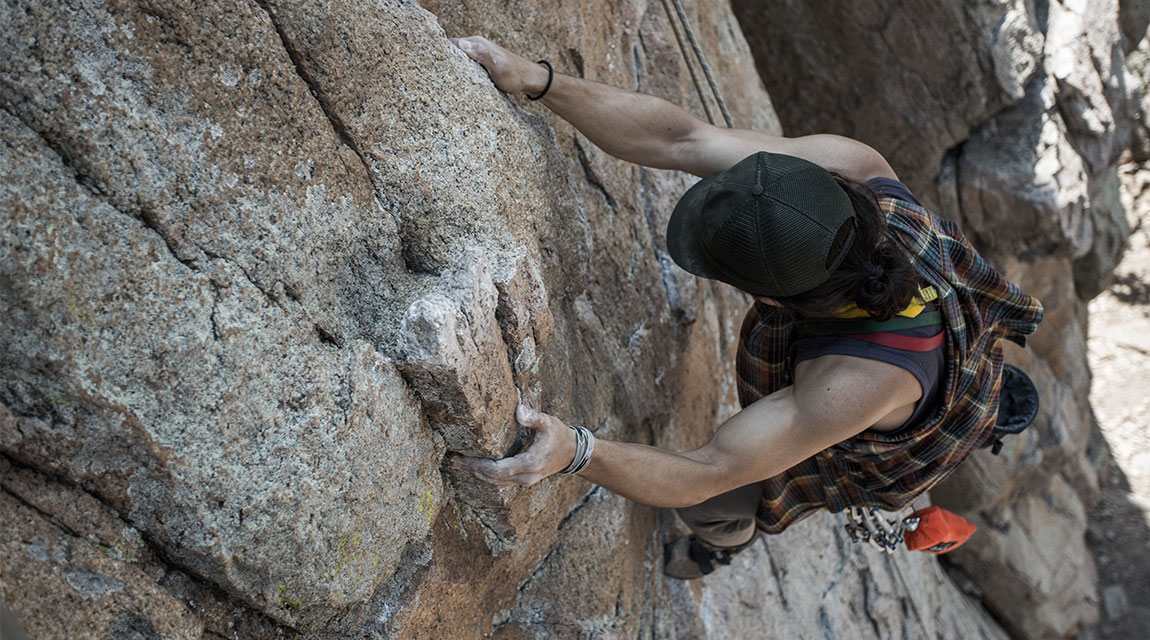 As well as keeping anxiety and depression at bay, physical activity helps fight addiction. Research shows that regular exercise can help people get off drugs and alcohol, and stay in recovery long term.

Scientists are still looking closely at the neurobiological underpinnings of this discovery. Moreover, they are examining its ramifications for treatment. Essentially, physical activity, such as teen athletics, provides a healthy reward for the brain.

Specifically, addictive drugs stimulate the brain’s reward system. Furthermore, they do this by catalyzing a powerful surge of the pleasure hormone dopamine. Therefore, finding healthy ways to increase dopamine is key to successful recovery. This is especially true in the early days of recovery, when withdrawal cravings can be intense.

Evidence shows that exercise can be used as an alternative reward for the body and brain. As a result, staying sober is easier. Teen sports can pave the way.

Scientific Studies on Exercise and Substance Use

Most of the research on the relationship between exercise, dopamine, and addiction has been done on lab rats and mice. Here are some of the results:

Additionally, exercise combats addiction because it addresses two of the major motivators for substance and alcohol abuse: depression and anxiety. According to the National Institute on Drug Abuse, people who have substance use disorder are roughly twice as likely to have mood and anxiety disorders compared with the general population. Moreover, those with mood and anxiety disorders are more likely to use drugs. Additionally, that statistic holds true for adolescents as well as adults.

Thus, scientists realize how important it is to study this connection. Consequently, the National Institutes of Health (NIH) conducted two studies of this population.

In one study, the NIH created a smartphone app aimed at encouraging women in recovery to exercise more. Subsequently, the results from this study showed that women in recovery who increased their physical activity also demonstrated other coping strategies, more positive beliefs, and better motivation.

In another study, scientists gave Fitbits to 50 women in recovery from alcohol addiction, to use over a 12-week time period. Subsequently, participants reported that they used physical activity as a way to cope with negative moods or with urges to drink. Therefore, researchers concluded that this type of intervention can provide a much-needed alternate coping strategy to help reduce relapse risk among women in alcohol treatment. 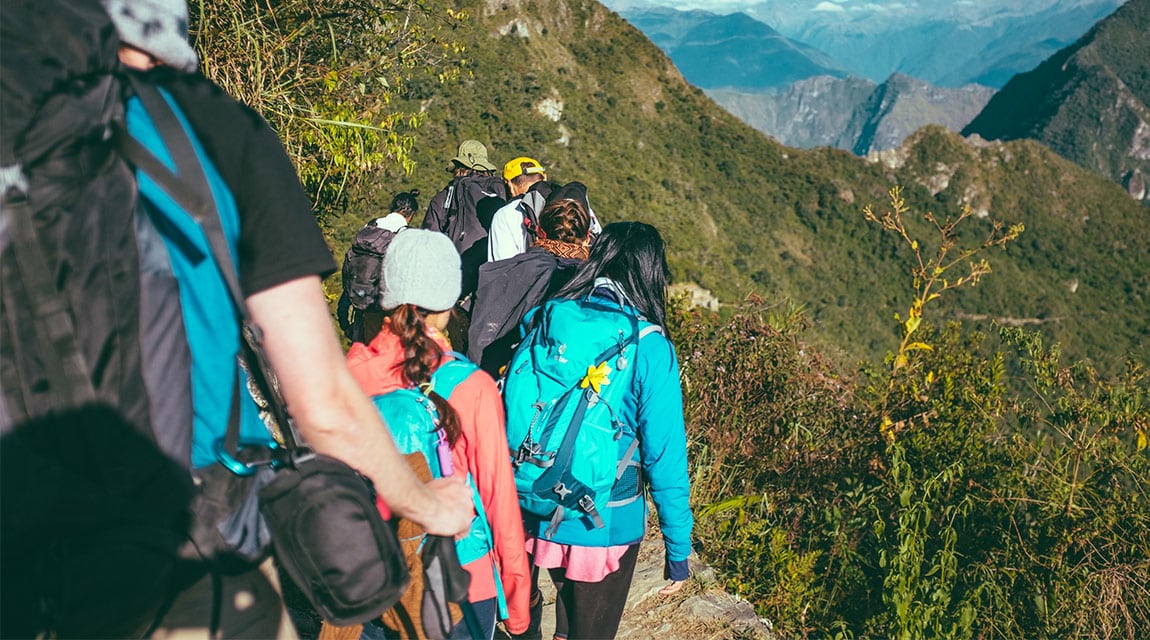 The Dangerous Side of Teen Sports

As positive as teen sports can be, there is also a downside between sports and mental health. Too often, teen athletes feel pressured to overachieve in sports, even at the high school level. Therefore, they sometimes turn to performance-enhancing drugs.

In the federal government’s Monitoring the Future annual study, researchers examined the use of performance-enhancing substances in high schools. The survey data includes information from more than 67,000 students. Overall, close to 7 percent of students reported trying anabolic steroids at least once. This number increased from 2012, when it was 5 percent.

Furthermore, the pressure on these teens can lead to injury. Hence, this can lead to the need for pain management. Therefore, doctors often prescribe medication. As a result, teens end up taking strong narcotics. In addition, teens are not offered natural alternatives, such as yoga, meditation, coping skills, and support groups.

Consequently, addictive narcotics cause serious health problems in teens. At its most extreme, opiate drug use can cause death.

Therefore, coaches, doctors, and parents need to monitor teen athletes to ensure they are not succumbing to pressure. Moreover, they need to be vigilant about avoiding addictive methods of pain relief for injured teens.

To Reap the Benefits, Frequent Exercise Is Best

Typically, teens practice a sport several times a day. That’s a good thing, because researchers say that how often we exercise is more important for mental health than how vigorously we exercise.

“Data regarding the positive mood effects of exercise involvement, independent of fitness gains, suggest that the focus should be on frequency of exercise rather than duration or intensity,” according to Lynette Craft and Frank Perna, authors of a review of research on the benefits of exercise for clinical depression.

In conclusion, teen sports offer multiple benefits for mental health. Thus, it’s worth the extra time, money, or driving that teen athletics might require. Ultimately, supporting teens to play sports will give them a strong foundation for physical and mental well-being.