Teenagers are among the biggest consumers of social media—but is it consuming them? In recent years, scientists have discovered an increasing number of troubling links between social networking and mental health challenges, ranging from distress to major depression. Furthermore, research is also zeroing in on the effects of teen social media on the adolescent brain. Social media addiction appears to be a new behavioral addiction, and adolescents are at the highest risk.

“Adolescence is second only to infancy when it comes to growth. Therefore, the impact of social media on a developing teen’s mind and body can be huge.” —Kristin Wilson, MA, LPC, Newport Chief Experience Officer

According to a Common Sense Media report released in 2022, the latest teen social media stats indicate that adolescents’ use of social media is increasing. But they’re getting less out of it. Addiction could play a role in their scrolling behaviors. Here are some of the latest statistics from the new report:

“It seems that initiation into social media may indeed be trending younger, at a relatively modest rate thus far, and that while the time devoted to social media among teens may be increasing, enjoyment is not.” —the Common Sense Census

Teen Social Media Addiction: A Cause, or a Symptom?

“There could be many reasons a teenager would become depressed, anxious, or experience social phobias while using social media. In addition, there are just as many reasons why social media is enticing to a teen with an existing mental health issue,” Kristin says. “Most teens have difficulty regulating and expressing emotions, and also have a huge susceptibility to peer pressure. This puts them at risk for experiencing anxiety or depression as a result of social media, or for existing mental health issues to get worse.”

What biological and chemical processes are set off by social media use? And how do they affect the brain? Scientists have found that overuse of technology in general, and social media in particular, creates a stimulation pattern similar to the pattern created by other addictive behaviors. One study found that receiving “likes” on social media activates the same circuits in the teenage brain that are activated by eating chocolate or winning money.

“The brain responds to social media the same way it responds to real-life connections, with a release of dopamine—a neurotransmitter that creates feelings of pleasure and works in the reward center of the brain,” says Kristin. “Positive reinforcement comes when a teen posts something online and is met with likes, shares, and positive comments from their circle of peers. The rush of dopamine that occurs with this positive feedback creates a ‘high.’ For some teens, this can begin the cycle of the need to recreate that feeling with more posts and thus more time on social media.”

According to Nicholas Kardaras, author of Glow Kids: How Screen Addiction Is Hijacking Our Kids—and How to Break the Trance, the constant overstimulation of social networking shifts the nervous system into fight-or-flight mode. This makes disorders such as ADHD, teen depression, oppositional defiant disorder, and teen anxiety worse. 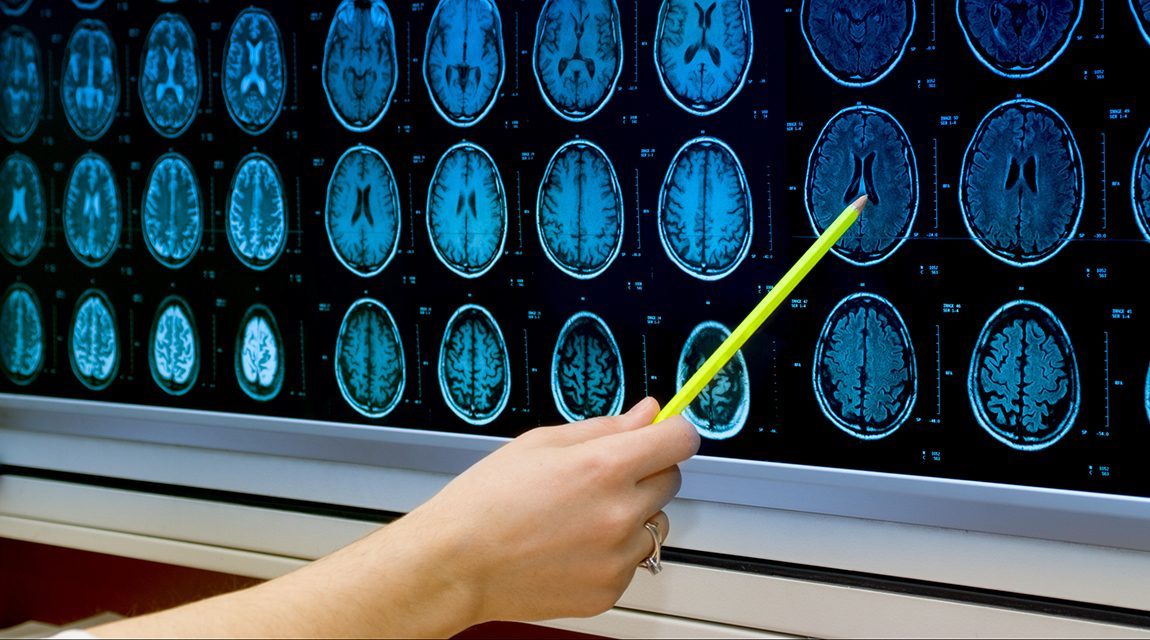 Frequent use of social media actually rewires the developing teen brain to constantly seek out immediate gratification. Consequently, it can lead to other addictive behaviors. According to a review study published in the journal Cyberpsychology, Behavior and Social Networking, “sudden cessation of online social networking may in some chronic users cause signs and symptoms that at least partially resemble the ones seen during drug/alcohol/nicotine abstinence syndrome.” A Facebook addiction scale looked at six of the core elements of addiction as applied to social networking.

So how can parents recognize when their teen is overdoing it? Here’s how to tell.

People of all ages enjoy staying in touch with family and friends via social networking. But using social media is far more complicated for teenagers. “The work of adolescence is really twofold: to gain a sense of individuality and identity, and to find strong connections with others who are trustworthy and loyal,” says Kristin. Social media can both help and hinder teens in achieving these goals in their journey toward adulthood.

Teens can access an unlimited number of people on any given site and may find support and a sense of community. But they can also encounter the opposite, Kristin warns. Cyberbullying and harassment are widespread on social media platforms and can contribute to feelings of low self-esteem, depression, and powerlessness. Consequently, no matter how many “likes” their posts collect, teens won’t benefit if they substitute social media for real-life friendships.

Showing off one’s “best” traits on social media should help you feel better about yourself, right? That’s not necessarily the case. According to psychologists, consistently focusing on oneself actually reduces self-esteem. One study showed that increased Facebook activity was related not only to symptoms of low self-esteem, but also to narcissism.

Comparing oneself to others is a frequently cited cause of discomfort and low self-esteem for social media users. In a study examining the link between Facebook and depression, researchers found that frequent Facebook users often compare themselves with others, which leads to overthinking and rumination. Therefore, this in turn leads to feelings of depression. Teens tend to compare themselves to their peers frequently, both in real life and online. Hence, social media addiction can negatively impact self-esteem.

It’s important to realize that low self-esteem is an underlying cause of many mental-health challenges, including:

Social Media Takes Us Out of the Moment

The psychologist Mihaly Csikszentmihalyi used the term “flow state” to describe the experience of being completely absorbed by an activity. When we’re engaged in a flow activity, our brain waves shift to the alpha waves associated with rest and relaxation. Teens particularly benefit from flow, according to research.

But it’s nearly impossible to maintain flow when we’re constantly stopping what we’re doing in order to record our activity and share it online. As a result, we distance ourselves from the beneficial experience of being completely caught up in something we enjoy or something we’re good at. The same goes for spending time with other people: If we’re communicating with online friends instead of paying attention to the person in front of us, we’re missing the opportunity for a moment of real, face-to-face connection. 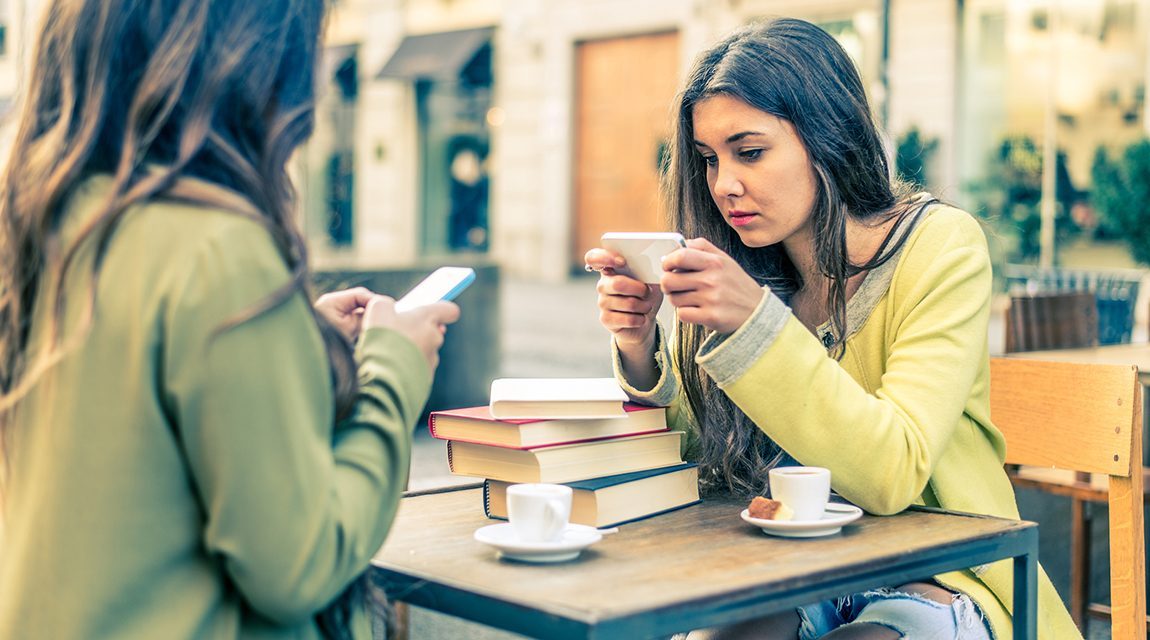 What Parents Can Do

What realistic approaches can parents take to help their teens create a healthier relationship to social media and prevent social media addiction? Parents can have a significant positive impact, Wilson says. In the #Being13 study, parents who kept a close eye on their child’s social media accounts had a profound effect on their psychological well-being, virtually erasing the negative impact on their teen of online conflict.

Here are a few steps to take.

Ultimately, Kristin says, you can’t control everything about the way your teen interacts with social media, but you can help them create a positive sense of self that doesn’t require validation from an online world.