Research shows that the teen suicide rate has been rising steadily over the past decade, and it is expected to increase further due to pandemic-related depression, anxiety, and collective trauma. Recent surveys show that seven out of every 10 teenagers are struggling with their mental health right now. Hence, parents, teachers, caregivers, and healthcare providers should be able to recognize the warning signs and learn how to help a teenager with suicidal thoughts.

What Is Suicidal Ideation?

Suicidal ideation refers to having suicidal thoughts—thinking about and imagining suicide. Suicidal thoughts often include negative and distorted beliefs, such as thinking that their family and loved ones would be better off without them.

Suicide ideation is not the same as planning a suicide, and does not mean that a teen will definitely make a suicide attempt. However, having suicidal thoughts is a clear sign that underlying mental health issues exist and that suicide ideation treatment is needed.

Rather than stages of suicidal ideation, suicide itself is considered a three-stage process, with suicidal ideation as the first stage. In stage 2, depression worsens, and the individual begins to make a concrete plan to attempt suicide. In the third stage, the teen decides to make an attempt. Because they are no longer wrestling with the decision, they may appear to be less distressed. A suicide attempt usually occurs within 48 hours of making the decision.

“One of the most difficult dilemmas that struggling teens face is the simultaneous longing to be seen and terror of being seen. The only way through this bind is to meet them directly at that point of conflict, through authentic connection. By listening and paying attention to what they are going through, we can find a way to help them heal,” says Danielle Roeske, PsyD, Executive Director, Newport Academy.

It’s not always easy to tell when a teen is thinking about suicide. Teens can be good at hiding their emotions and putting on a cheerful front. Sometimes parents aren’t able to tell the difference between typical teen behavior and symptoms of depression.

In addition, teens may be afraid of how parents will react when they talk about feeling depressed, or they may be ashamed that they are struggling, due to the stigma around mental health challenges. Therefore, those who care for and work with teens should be aware of and watch for the following suicidal behavior:

Newport experts weigh in on a “13 Reasons Why” study that found a bump in teen suicide following Season 1 release
abcnews.com

Suicide is the second leading cause of death in the United States among ages 15–24, and the US teen suicide rate is the highest in recording history—14.46 per 100,000. Furthermore, experts believe that the teen suicide rate is likely to go up due to the isolation, loneliness, and stress created by the pandemic. According to a 2020 study on suicide risk and prevention, suicide rates have increased during previous epidemics, such as the 2003 SARS outbreak.

The following teen suicide statistics are from the most recent Youth Risk Behavior Surveillance report, produced by the CDC and the US Department of Health and Human Services. According to the survey, in 2019,

Newport experts weigh in on a “13 Reasons Why” study that found a bump in teen suicide following Season 1 release
abcnews.com

18.8 percent of US youth, or one in five, have seriously considered attempting suicide.
cdc.gov

The rate of teen suicide is 3.5 times greater for LGBTQ+ teens than for their heterosexual, cisgender peers.
jamanetwork.com

The leading cause of suicidal death is the despair, distress, and hopelessness that arises from trauma, depression, anxiety, or other mental health disorders. These underlying issues may be catalyzed by a wide variety of risk factors and painful experiences, including:

The pandemic has increased the likelihood of all of these risk factors. Remote schooling, social distancing, and economic and health concerns all heighten teen trauma, depression, and anxiety. Consequently, experts believe there may be a corresponding increase in the teen suicide rate. 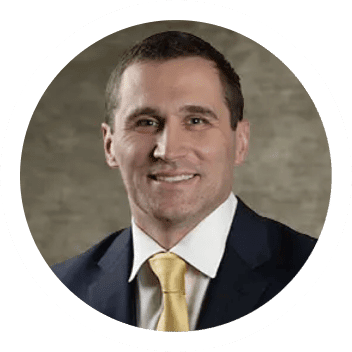 “Even before COVID, the US was seeing a year-over-year decline in life expectancy due in large part to suicide and overdoses at a young age. At Newport, we’re driven to make a difference—to innovate solutions and deliver on a promise of hope and healing, in the face what I believe is the most significant challenge of our time.”

How to Help a Teenager with Suicidal Thoughts

First and foremost, parents and other adults who interact with adolescents need to ensure that a teen who is thinking about or considering suicide receives suicidal ideation treatment. Here are a few tips to help parents determine whether such treatment is needed, and to make sure that struggling teens get support before their mental health challenges escalate.

The Suicidal Ideation Questionnaire includes 30 questions to help screen for teen suicide risk. However, researcher Lisa Horowitz and her team condensed these to four essential questions that healthcare providers and others can ask in order to identify whether suicidal ideation treatment is needed:

If a teen’s answers indicate that they are experiencing suicidal ideation, take the following actions:

“We had witnessed a steady decline in our beautiful girl, who had reached a point where she hated every aspect of herself. Her hitting rock bottom and landing at Newport, after a few failed attempts at helping her, was the gift of a lifetime.”

At Newport Academy, teen suicidal ideation treatment focuses on revealing and healing the underlying causes of suicidal ideation. These root causes are primarily trauma and attachment wounds, which give rise to mental health issues such as depression, anxiety, and co-occurring disorders, including substance abuse, eating disorders, and self-harm. In order to achieve our suicidal ideation treatment goals, we track the frequency of clients’ suicidal thoughts on an ongoing basis, along with their levels of depression, anxiety, and well-being. Our outcomes research illustrates the success of our integrated approach to teen mental healthcare.

In summary, suicidal ideation treatment at Newport Academy works by healing teen depression, trauma, and other mental health conditions. Teens in our programs across the country find hope, connection, and a sense of meaning and purpose. Contact us today to find out if Newport Academy is the right fit for your teen and your family.

Learn more about our approach.

“We had witnessed a steady decline in our beautiful girl, who had reached a point where she hated every aspect of herself. Her hitting rock bottom and landing at Newport, after a few failed attempts at helping her, was the gift of a lifetime.”