Teens are spending more time on their devices than ever before. As a result of remote schooling and increased hours spent at home, nearly half of children and teens are online more than six hours a day. That’s an increase of 500 percent from 2019, according to a ParentsTogether survey. And with each additional hour spent online, the risk of gaming disorder and social media addiction increases. Therefore, healthy device management is essential for teens who are engaging in or at risk for tech overuse—a category that includes just about every teen living in the 21st century.

Healthy device management focuses on helping teens to build a more balanced relationship with technology, whether that’s social media, gaming, or other types of device or screen use. In order to establish these healthier device-based habits, teens often need professional support to understand how their usage is affecting them, explore underlying issues prompting their behavior, and make changes that enhance their well-being and allow them to make more real-life connections.

When to Seek Help: Warning Signs of Device-Driven Dysregulation Issues

These eight warning signs indicate that a teenager may be experiencing gaming disorder issues or other problematic struggles with their online engagement:

For teens who exhibit these behaviors, the next step would be to schedule an assessment with a legitimately qualified device-use behavioral expert, to determine whether device management treatment with the support of a professional is warranted. 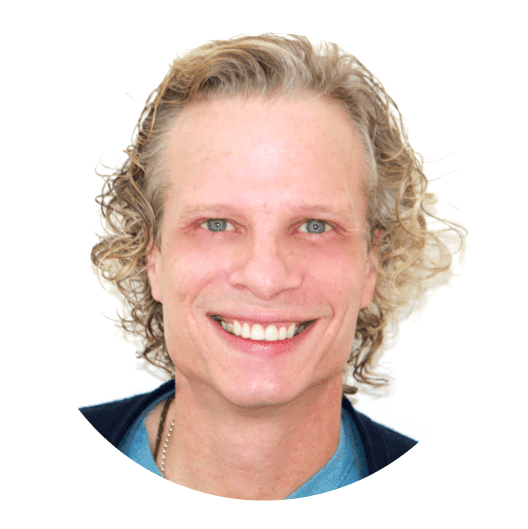 “Healthy device management is about ensuring that our relationship with devices promotes us, supports us, helps us to excel and to succeed, and doesn’t impede or negatively influence any aspect of our lives, whether biological, psychological, social, relational, or career/academic.”

A growing body of research is revealing the unhealthy effects of technology on the body and nervous system, specifically how excessive online activity and digital media consumption impact teen mental health on both the psychological and neurobiological levels. Here are some of those findings:

Moreover, because teenagers’ brains are not yet fully mature and their identity and self-image is still developing, they are more susceptible to these negative effects. That’s why teen device management is so important.

Teens who use digital media frequently are more than twice as likely to develop symptoms of ADHD.

One of the most prevalent issues requiring device management is what’s known as gaming disorder. In 2018, the World Health Organization (WHO) globally recognized gaming disorder as a legitimate and diagnosable medical illness, and included it in their “11th Revision of the International Classification of Diseases” (ICD-11).

WHO defines the disorder as a pattern of gaming behavior (“digital gaming” or “video gaming”) characterized by impaired control over gaming. Increasing priority is given to gaming to the extent that gaming takes precedence over other interests and daily activities, and continuation or escalation of gaming despite negative consequences.

Although not yet officially accepted as a diagnosable disorder in the United States, internet gaming disorder is included in the current Diagnostic and Statistical Manual of Mental Disorders 5 (DSM-5), published by the American Psychiatric Association (APA), as a “Condition for Further Study.” This demonstrates the APA’s belief that the issue is also at least worthy of strong consideration for legitimate acceptance—and thus treatment—in this country as well.

What Is Healthy Device Management?

The three primary factors in healthy device management for teens are 1) helping teens to establish healthy screen and device-driven habits, 2) addressing the root causes of their screen and/or device mismanagement or overuse, and 3) identifying and treating any potential comorbidity with other emotional or psychological symptoms or struggles.

First, teens need to recognize that their use of digital technology may not be best serving their interests and goals, and then be willing to try creating new, healthier habits in terms of their screen/device use.

In order for these new device management behaviors to take hold and prove sustainable however, teens may also need to explore the emotions and experiences they may be (even unwittingly) avoiding by using their devices as a distraction. For some, this may entail working with a mental health professional to address the root causes of their device use habits and engagement, which may include trauma, depression, ADHD, self-esteem struggles, or social anxiety. Similarly to the treatment for other recognized substance and process-based struggles, understanding how to regain healthier control over screen and device use often requires identifying, accepting, treating, and then healing the underlying issues, not just the symptoms.

“Good digital citizenship” is another important part of healthy device management for teens. According to Dr. Don Grant, Newport Academy’s Director of Outpatient Services in Santa Monica, it means behaving online as you would IRL (in real life), with respectful and positive online interactions in engagement with social media, gaming, texting, online messaging, emails, etc. For Dr. Grant, good digital citizenship is the most powerful enemy of cyberbullying.

When parents model responsible technology use, teens are more likely to do the same. Healthy device management includes prioritizing real-life connections and experiences over online interaction.

nstead of letting teens withdraw into their devices, get involved in their world. Learn more about what your teen loves about Snapchat or TikTok, and, as much as possible, make online experiences something you can enjoy as a family.

Encourage young people to make other choices to fill their needs

Guide your teen to expand their awareness of their emotions and needs, and to recognize the triggers that send them to their devices. Then help them to develop a list of real-life activities that can fill that need, whether that’s time with friends, physical activity, or talking with a parent or therapist about what they’re going through.

When teens understand that the apps they’re using are designed to keep them online, they may have more motivation to take back the control. Explain how artificial intelligence works to engage them and keep them scrolling in order to make tech companies more money.

Work with your teen to establish boundaries and routines that include unplugged time, such as during meals or before bed. Establish agreed-upon sessions for online time; for example, one hour of gaming a day, with clear start and end times. More unplugged time can have immediate effects on well-being: In one study published in the journal Mind, 95 percent of participants felt less depressed and stressed after putting down their phones and spending time outside.

Device Management at Newport Academy: What to Expect

Like our treatment model for substance abuse, eating disorders, and other negative coping skills, our approach to healthy device management reveals and heals the root causes of these co-occurring disorders, guiding teens toward deeper self-awareness and freedom from old patterns.

Sustainable Healing for Teens and Families

Therefore, individualized treatment plans may includes clinical modalities such as Cognitive Behavioral Therapy, Attachment-Based Family Therapy, and Dialectical Behavioral Therapy. In addition, experiential approaches are effective in helping teens to heal the root causes of digital dependence and create a balanced relationship with technology. Experiential modalities such as Adventure Therapy, Equine-Assisted Therapy, and creative arts therapies give teens the opportunity to engage in offline self-expression and identity building, while nurturing IRL connections and collaboration.

Newport Academy specializes in equipping teens with the skills and self-knowledge to address the maladaptive behaviors, underlying causes, and negative consequences associated with internet gaming, social media engagement, and other problematic device mismanagement and digital overuse. Call us today on 877-929-5105, to find out how we can help your teen We’re here 24 hours a day, 7 days a week to help teens and families find the path to recovery and a thriving future. Contact us today to learn more about our approach to healthy device management for your teen and family.

Learn More About Our Approach

Martial Arts sessions provide opportunities to work through mental challenges via a physical outlet. This offers a new lens to help one understand and heal from mental health and addiction issues.
Learn More