The term “helicopter parenting” describes parents who are over-involved in their children’s lives. They hover close by, and swoop down to help at the first sign of trouble. The phrase first appeared in 1969, in Dr. Haim G. Ginott’s book Between Parent & Teenager. Subsequently, in the early 2000s, helicopter parenting became a popular way to describe this style of child rearing. And today, research is revealing the effects of helicopter parenting.

Moreover, helicopter parenting has spawned the more recently coined terms “lawnmower parents” and “snowplow parents.” Such parents not only hover but also mow down or plow away any obstacles in a child’s or teenager’s path. Moreover, they continue this behavior from afar, when teens are in college.

One of the biggest problems with helicopter parenting is that kids don’t get a chance to learn how to navigate the world on their own. And that can have negative emotional and mental health repercussions.

Characteristics of a Helicopter Parent

The impact of helicopter parenting on children and teens isn’t all bad. In fact, these parents often have close and caring relationships with their kids. Helicopter parenting is associated with warm and supportive parental behavior that includes ongoing communication, emotional support, and openness between parents and children.

But the effects of helicopter parents aren’t all good, either. For example, one study of more than 300 college students found that children of hovering parents had poorer scores for psychological well-being. Moreover, they were more likely than their peers to use prescription medication for anxiety or depression. In addition, they were more likely to use pain medication without a prescription as a form of self-medication for distressing feelings.

What’s the difference between supportive parenting and helicopter parenting? The key is whether the situation calls for parents to be actively involved. That depends on both the circumstances and the age of the child. And it’s often difficult for parents to make that call. 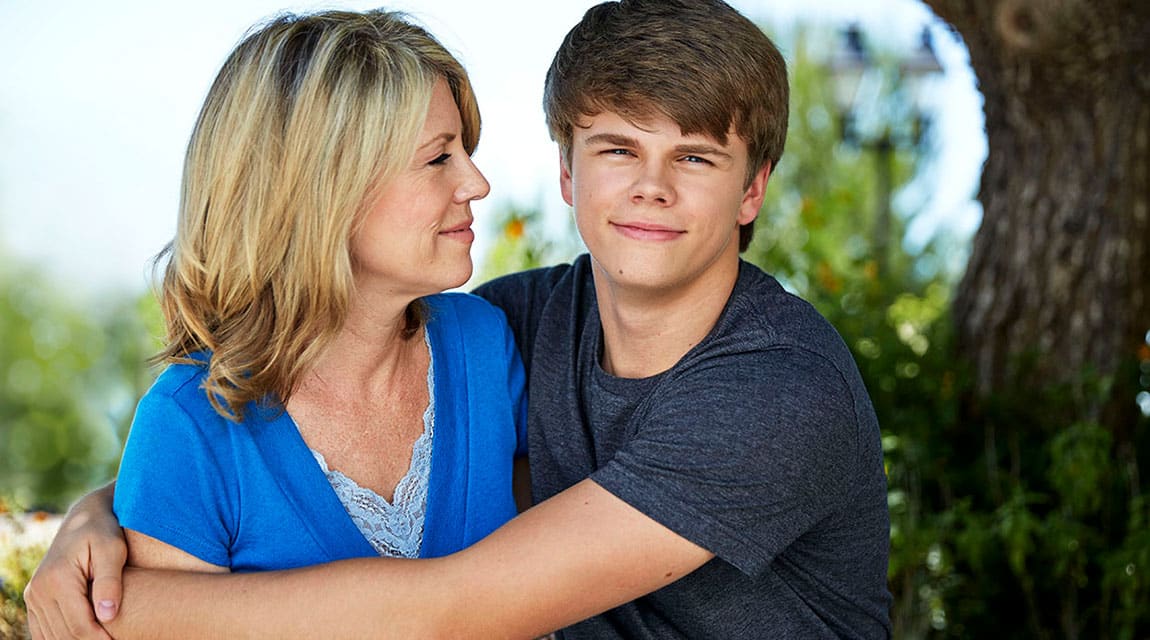 Causes of Helicopter Parents: Why Do Parents Hover?

There are a number of reasons why copter moms and dads become that way. Both societal and personal psychological factors come into play.

Anxiety About Their Kids

Over the past couple of decades, access to information has grown exponentially. As a result, parents constantly hear about all kinds of dangers that have the potential to threaten their children. Many of these threats are rare or exaggerated. But the result is that parents often feel tremendous anxiety about their children’s safety and well-being.

Attempting to Protect Them from ‘Bad’ Influences

Furthermore, statistics on teen drug use and opioid overdoses are also frightening. And parents worry about how factors like climate change and an unstable economy will affect their child’s future. Hence, parents feel that they need to keep a close eye on their kids and help them succeed in any way they can. That’s a good thing—to some extent. But when caring crosses the line into helicopter parenting, kids suffer.

Judging Themselves by Their Teen’s Accomplishments

Parents sometimes see their teen’s behaviors and accomplishments as reflections of themselves and their parenting skills. Consequently, they work overtime to help their teen avoid failures and be “the best they can be.”

Trying to Do Better Than Their Own Parents Did

Hovering parents are sometimes overcompensating for their own experience growing up. Adult children of neglectful parents may go overboard trying to be present and involved. Meanwhile, their kids feel smothered rather than cherished.

There’s no doubt that teens need guidance and support as they grow into young adults. But parents need to respect the boundaries in order for teens to mature and thrive.

Read “How to Parent Teens with Compassion and Healthy Boundaries.”

Studies show that children of helicopter parents can experience long-lasting psychological repercussions that can follow them into adolescence and adulthood. In particular, when a parent is overly controlling, children have a harder time learning to manage their emotions and behavior. According to Nicole B. Perry, PhD, of the University of Minnesota, children with helicopter parents may be less able to deal with the challenging demands of growing up. In addition, they may struggle with navigating the complex school environment, Perry says.

Perry was the lead author of a study that followed 422 children over the course of eight years. The researchers assessed the participants’ social and emotional development at ages 2, 5, and 10. Hence, they observed parent-child interactions. In addition, they received reports from teachers and from the 10-year-olds.

The results showed that poor self-regulation was one of the primary effects of helicoptering parenting. As a result, children of hovering parents were less able to adapt to school situations. “Children who cannot regulate their emotions and behavior effectively are more likely to act out in the classroom, to have a harder time making friends, and to struggle in school,” Perry said.

The study acknowledged that the helicopter parents had good intentions. But it also emphasized how important it is for children to learn how to handle emotional challenges at each stage of childhood and adolescence. Parents can be supportive while still giving kids appropriate levels of independence and autonomy.

Social Anxiety and the Effects of Helicopter Parenting

In another study, researchers examined how helicopter parenting affects children with anxiety. In the lab, children were encouraged to complete as many puzzles as they could in a 10-minute period. The puzzles were designed to mimic homework and other academic tasks. Parents were allowed to help their children. However, they were not encouraged to do so.

Subsequently, researchers found that parents of children with social anxiety touched the puzzles significantly more often than other parents. They were not critical or negative. However, they tried to give help even when their children did not ask for it.

As a result, the study suggested that parents of socially anxious children are hypersensitive to the possibility of threat or failure. Consequently, their reactions can keep children from learning to fail or succeed on their own. In addition, the effects of helicopter parenting can even increase anxiety.

What Is Helicopter Parenting’s Effect on Teens?

For teenagers, developing an independent sense of self is crucial. Therefore, they need to test their own capabilities and explore the world on their own. In addition, teens need to learn how to face and cope with the consequences of their actions.

Furthermore, teen well-being suffers as a result of helicopter parenting. A study examined the link between college students’ well-being and their parents’ levels of control. Students who reported having over-controlling parents experienced significantly higher levels of anxiety and depression and less satisfaction with life. Moreover, the students felt that these effects of helicopter parenting were due to the violation of their basic psychological needs for autonomy and competence.

“Helicopter parenting behaviors may also interfere with feeling a sense of competence because such parental actions can convey the message that parents do not have faith in their child’s abilities. Furthermore, when parents solve problems for their children, then children may not develop the confidence and competence to solve their own problems.”

Effects of Helicopter Parenting on Adults

Hovering parents can negatively impact children’s ability to build a sense of their own competence. But, in addition, there are also negative effects of helicopter parenting on adults, including:

How to Support Teens Without Hovering

Along with the other negative effects, helicopter parenting can strain the parent-child relationship. This is especially true as children enter adolescence and rebel against parental involvement. Therefore, finding ways to support kids without hovering will benefit the entire family.

You don’t have to be the opposite of a helicopter parent—hands-off parenting isn’t ideal either. The key is to find a happy medium between helicopter parenting and so-called free-range parenting. Here are a few approaches to being an involved parent without hovering.

Instead of imposing their opinions and values, parents can help kids most by listening closely to their fears, concerns, and challenges. As a result, children discover that they can trust their parents to be there for them without taking over. And they have the opportunity to sort through what’s going on with the support of a sympathetic listener.

Be a coach instead of a dictator.

Helicopter parents tend to step in and make decisions for their children and teens. With a coaching approach, however, parents ask questions that encourage teens to work toward solving their own problems. Ask open-ended questions, such as “What might help?” or “How would you like this to turn out?”

This way, kids learn that the responsibility for their actions falls on them. In addition, they learn to make better choices next time. Of course, there are always exceptions to the rule, as when the consequences will threaten a child’s health or safety if parents don’t intervene. But, for the most part, natural consequences can be positive teaching tools.

There’s no need for parents to keep track of a teen’s studying, homework, or other activities that don’t involve them. When it’s up to them to stay on track, teens feel a sense of autonomy and competence. However, it’s fine to offer tools and ideas if they’re having trouble staying organized.

No parent wants to see their child fail. Yet failing is a normal and inevitable part of life, particularly once teens begin to have more interaction in the world without parental involvement. In fact, failure can offer much greater life lessons than success.

Parents can check in with their kids about how they’re feeling—without needing to “make it all better” somehow. Teens need a healthy balance of space and emotional support. It’s not hovering to express sympathy, empathy, and unconditional love.

What are the signs of a helicopter parent?

Helicopter parenting is a way to describe a style of child rearing in which a parent is constantly monitoring and involving themselves in their child’s activities and relationships.

What are helicopter parents called now?

A more extreme form of helicopter parenting is referred to as “lawnmower parents” or “snowplow parents.” Such parents not only hover but also mow down or plow away any obstacles in a child’s or teenager’s path.

It can be. A study of 300 college students found that children of hovering parents had poorer scores for psychological well-being. Moreover, they were more likely than their peers to use prescription medication for anxiety or depression.

A study on how helicopter parents support adult children in the workplace identified three types: