For teenagers, the fear of social rejection is huge. In fact, rejection by their peers may be the most intense fear that adolescents face. Moreover, research confirms how crippling this fear can be, leading to teenage isolation. A brain imaging study at the University of Michigan suggests that the same parts of the brain are activated by social rejection as by physical pain. As a result, more and more teens are choosing teenage isolation as a way to protect themselves from rejection and pain. Teenagers may choose to withdraw after a traumatic social experience or a breakup. Or they might suffer from social anxiety or lack of social skills.

Consequently, teens isolate themselves and use technology for connection and distraction. Therefore, they are also at risk of social media addiction.

“Parents frequently tell us that they have to beg their teens to get out of the house and see their friends, instead of holding them back and implementing curfews,” says Caroline Fenkel, MSS, LCSW, Executive Director of Newport Academy’s Center for Families. “So many of the teens we treat don’t even have curfews, because they aren’t going out. They would rather be lying in bed on their screens. And when you talk to them about it, they talk about it like it is a drug.”

However, teenage isolation, not surprisingly, makes teen lonelier. In fact, loneliness is common in teens. Studies show that the prevalence of loneliness peaks in adolescents and young adults.

Teenage isolation and loneliness also results in a wide range of unhealthy physical and psychological symptoms. In addition, social isolation in teens can be a warning sign of depression in teenagers. Moreover, teenage isolation can be an indicator of avoidant personality disorder. 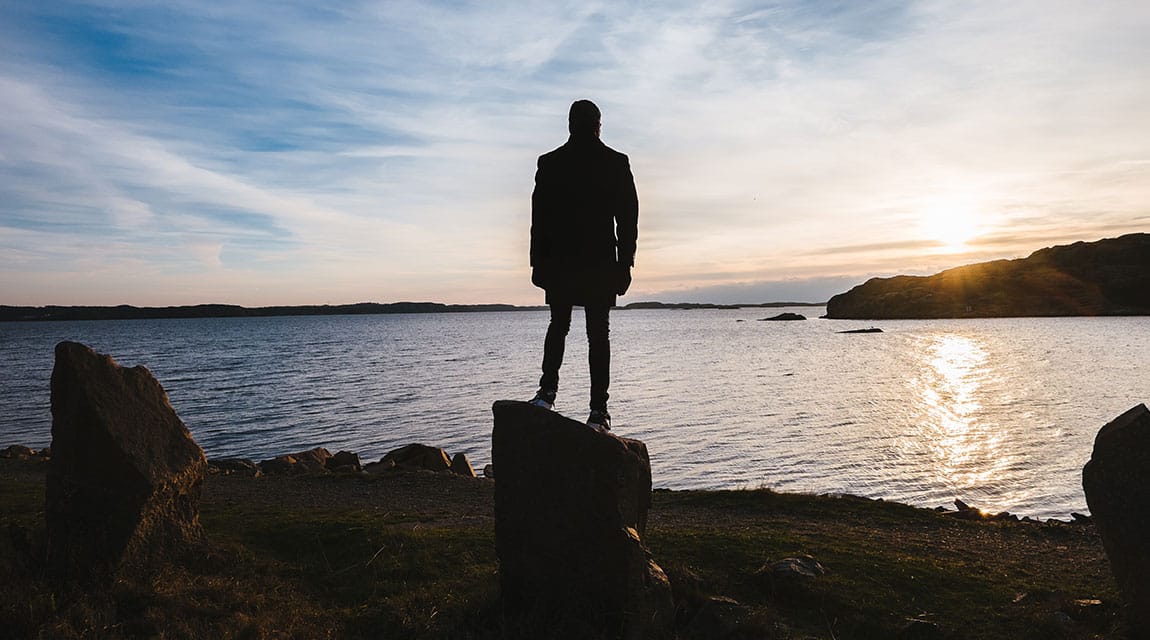 The Negative Impact of Teenage Isolation

The Power of Connection

On the other hand, connecting with others creates a host of positive benefits, including

“Isolation is the crux of all human suffering, and human connection is the antidote.” 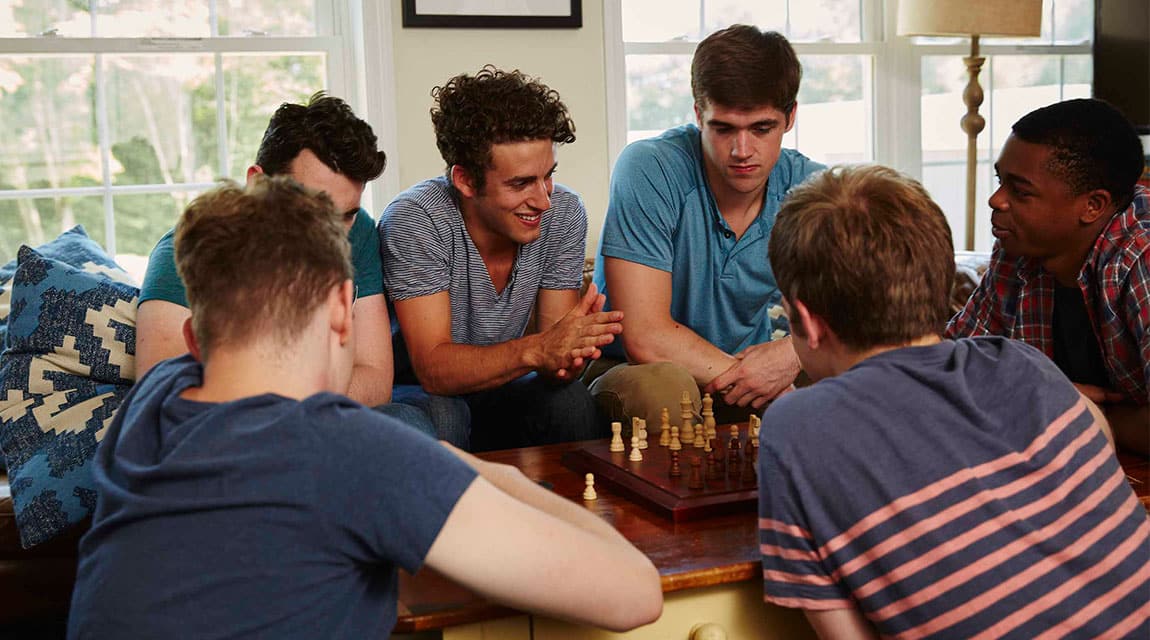 The proliferation of social media contributes to teenage withdrawal and isolation. That’s because teens think that they can substitute real-life connections with virtual ones.

A socially awkward teen may feel more comfortable relating to peers from the safety of their bedroom, via texts and Facebook comments rather than actual conversation. In fact, a study by the Pew Research Center found that only 25 percent of teens spend time with friends in person (outside of school) on a daily basis.

“The problem we are faced with is that teens are sitting in their rooms texting, Snapchatting, and on apps like House Party,” says Caroline Fenkel. “We see more and more kids addicted to lying in bed on their phone. While they may feel connected to others, it also increases FOMO (fear of missing out). Moreover, it increases feelings of loneliness, because they aren’t face to face.”

The frequency of a teen’s use of social media has a clear correlation to how they feel. A CNN study of 13-year-olds and their relationship with social media, called #Being13, generated profound insights. The research found that participants who checked Facebook or other networking sites between 50 and 100 times a day were 37 percent more distressed than those who checked just a few times a day. Those who checked more than 100 times a day were 47 percent more distressed on average.

“Human beings are bonding animals. We need to connect and love. But we have created an environment and a culture that cut us off from connection, or offer only the parody of it offered by the Internet.”

The Link Between Smartphone Addiction and Social Isolation in Teens

As Caroline Fenkel points out, adolescent social withdrawal creates an increased risk of smartphone and social media addiction. Research has found that scrolling through a newsfeed and receiving “likes” on social media activate the same circuits in the teenage brain that are activated by eating chocolate or winning money. Specifically, dopamine is released in the brain.

Thus, frequent use of smartphones and social media actually rewires the developing teen brain to constantly seek out immediate gratification. Consequently, it can lead to other addictive behaviors. In fact, studies have found that Internet and cellphone addiction have a similar effect on the brain as heroin and other drugs.

According to a review study published in the journal Cyberpsychology, Behavior and Social Networking, sudden cessation of online social networking may, in some frequent users, cause signs and symptoms that resemble symptoms of drug or alcohol withdrawal.

Read “Teens and Socializing: Relationships, Coping Skills, and Substance Use.” 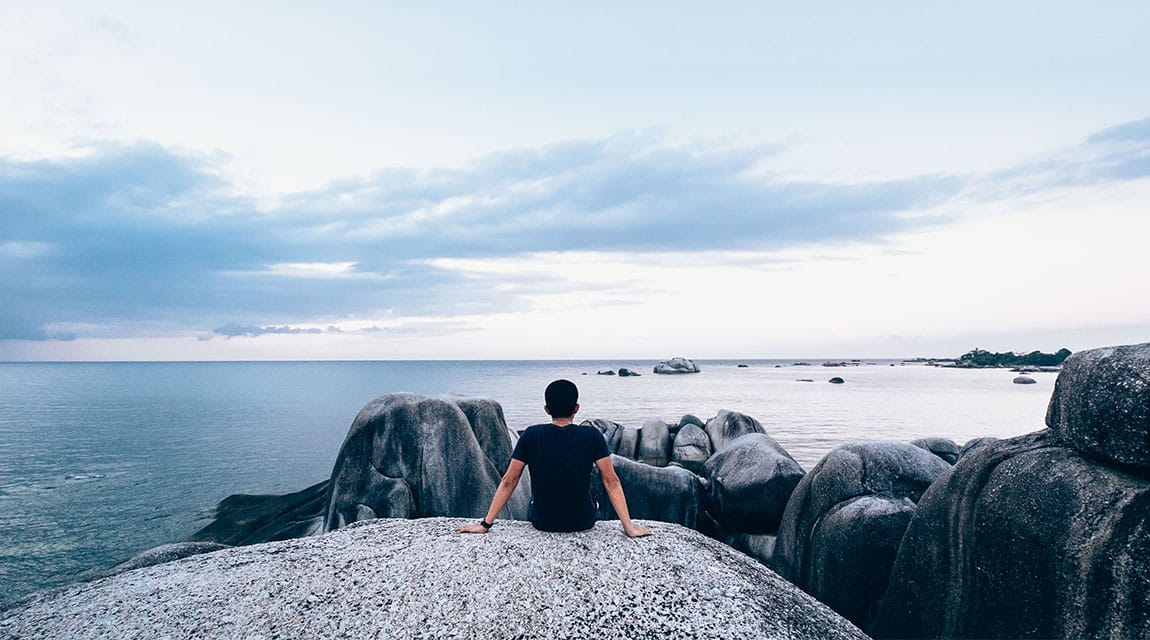 Teen social withdrawal is a form of avoidant behavior. Teenage avoidance behaviors—also called avoidance coping—refer to ways of behaving that are motivated by the desire to avoid certain thoughts or feelings.

Avoidance behavior might include avoiding places or situations, such as school or social events. Moreover, it might refer to avoiding certain thoughts that create discomfort or even panic.

Teens may avoid unwanted situations or feelings in several ways. First, they may show avoidant behavior by refusing to do something. They might avoid difficult conversations or other social situations. Furthermore, they might try to avoid leaving home as much as possible. As a result, they isolate themselves from peers and the rest of the world.

Is Teenage Isolation a Symptom of Depression?

Here are 10 signs of teen depression to watch for:

If a teen demonstrates one or more of the above behaviors, the next steps are a visit to a family doctor and a mental health evaluation. While some of these symptoms can be short term, it’s vital to know as soon as possible whether a teen is suffering from depression. Therefore, the root causes can be addressed immediately. 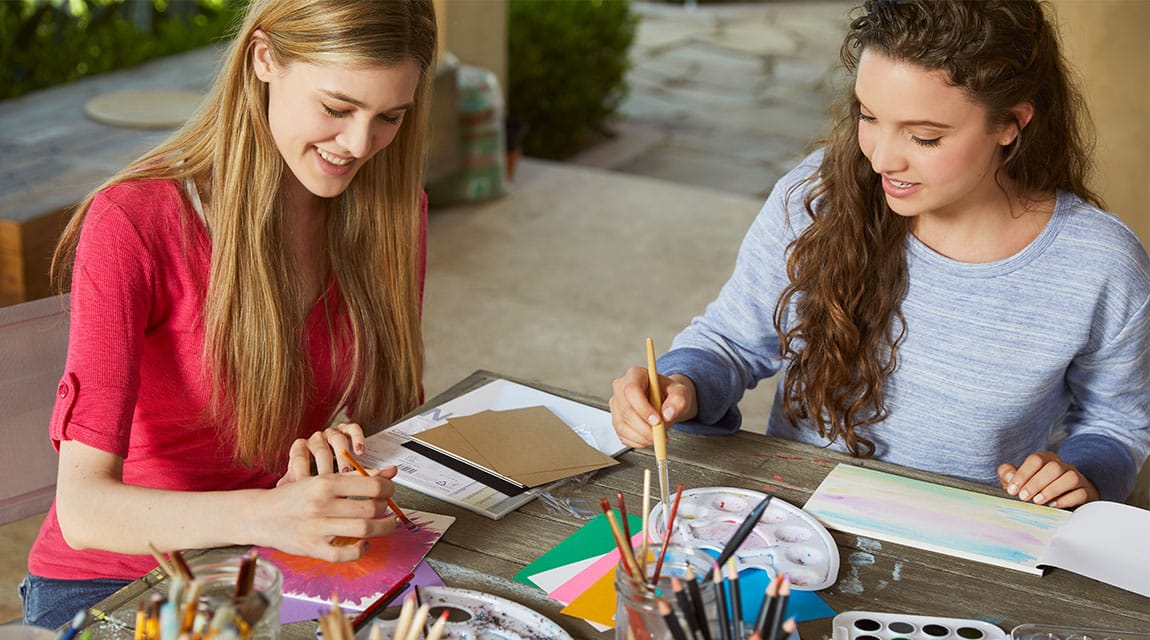 Get them outside. Time in nature is proven to have beneficial effects on mood and the nervous system. Furthermore, spending time outside actually reduces cortisol, the body’s stress hormone. Teens will benefit from a hike, a swim, or simply a walk through the park.

Encourage volunteering. Research shows that helping others improves our mental health. An age-appropriate volunteering opportunity that fits a teen’s interests can increase their experience of meaning and pleasure in life. For example, teens that love animals might enjoy working at an animal shelter or at a riding stable. Teenagers that like to work with younger children can volunteer at camps or community centers.

Prioritize exercise. Physical activity has significant benefits for teen mental health. For some kids, dance, yoga, and hiking are good options. In addition, high school sports are a good way for teens to get exercise and create positive relationships. However, team sports can be intimidating for teens with social awkwardness or fear of rejection. Therefore, other options may be a better choice.

Unplug. Since teens that withdraw from peer interaction often rely on social media and technology, limit their screen time. Turn off internet access at a certain time each evening. Make sure the whole family eats meals together without phones.

Find time to talk. An ongoing, meaningful connection between kids and parents is one of the most powerful factors in supporting teen mental and physical health. Furthermore, this is expressed through communication in which teens open up with parents about what they’re thinking and feeling. Hence, these authentic connections go a long way toward decreasing teen loneliness and helping teenagers feel more supported and optimistic.