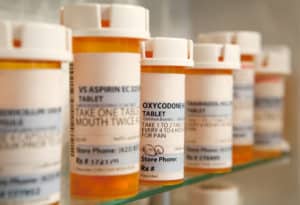 When most people think of teens and drug abuse, they conjure up thoughts of cocaine, heroin, MDMA, and other illegal drugs at raging high school parties. The truth about teens and drug abuse, however, is quite a different one. Some of the drugs most commonly abused by teens are, in fact, prescription drugs.

What is Prescription Drug Abuse?

When a person takes medication without a prescription, in a way other than as prescribed, or with the intention of getting high, he or she is abusing prescription drugs. What is essential to understand is that prescription drug abuse is as dangerous as illegal drug abuse. Prescription depressants, opioids, and antidepressants are responsible for more teen overdose deaths (45%) than cocaine, heroin, and methamphetamine (39%) combined. However, according to a recent survey, close to 50% of teens believe that prescription drugs are much safer than illegal street drugs.

What Kinds of Prescription Drugs Are Most Commonly Abused?

Opioids, like OxyContin and Vicodin, depressants like Xanax and Valium, and stimulants like Concerta and Adderall are the most frequently abused prescription drugs. Over-the-counter drugs like dextromethorphan, the active ingredient in many cough syrups, can also be used to get high if they are used in large, dangerous doses.

The Reality of Prescription Drug Abuse

Where Are Teens Getting Prescription Drugs?

Most are obtaining them from friends and relatives, usually without their knowledge. Half of all high school seniors said that opioids other than heroin, like Vicodin, would be fairly or very easy to get. Shockingly, 60% to 70% of teens say that their home medicine cabinets are their first and ongoing source of acquiring drugs. The fact that these drugs are easily obtained is a primary contributor to teen prescription drug abuse.

What Can Prescription Drug Abuse Lead To?

There are many short and long-term health consequences. Abuse of stimulants can cause paranoia, high body temperature, and irregular heartbeat. Opioid abuse can cause drowsiness, nausea, constipation, and slowed breathing. Abusing depressants can cause slurred speech, shallow breathing, fatigue, disorientation, lack of coordination, and seizures. Abuse of any of these medications can cause drug addiction symptoms.

How Can I Help a Friend with a Prescription Drug Addiction?

It’s not easy to talk to someone you love about a drug problem. Sometimes, the best solution is drug addiction counseling or drug addiction rehab. Teens prescription drug abuse is a very real problem, and it often requires serious action.

The reality of teens and drug abuse involves little orange bottles just as often, if not more frequently than it involves illicit street drugs. Both are serious, however, should receive treatment with care.

Photo courtesy of  Dolgachov for istock.