Adderall abuse is a growing problem among young people. The drug was originally produced to address symptoms of Attention Deficit Hyperactivity Disorder (ADHD). However, Adderall is now used recreationally and as a study aid by thousands of teens and young adults who do not have an ADHD diagnosis and are unaware of the dangers of Adderall high side effects.

The 2015 Monitoring the Future survey revealed that the use of Adderall among high school seniors that year reached 7.5 percent. Among college students, Adderall recreational use is even more common.

Stimulants like Adderall and Ritalin are among the four most frequently abused drugs on college campuses, along with alcohol, marijuana, and MDMA (Ecstasy). Moreover, one study of 10,000 college students from across the country found that more than 60 percent of students with a valid prescription for ADHD medication were providing it to fellow students without prescriptions.

Furthermore, young people are not aware of the dangers of Adderall. One study of undergraduate college students found that only 2 percent considered using Adderall to be “very dangerous.” In addition, research by the Center for Drug Use and HIV Research found that many young people are unaware that Adderall is an amphetamine. Therefore, they do not realize that the drug has life-threatening side effects.

Adderall is the brand name of a drug that combines two stimulants: amphetamine and dextroamphetamine. The drug was designed to increase focus and attention span in people diagnosed with ADHD. In addition, doctors sometimes prescribe Adderall to treat daytime sleepiness or narcolepsy.

Furthermore, because Adderall suppresses the appetite, people also misuse it as a way to lose weight. However, taking these drugs to reduce appetite is unhealthy for a number of reasons, especially because the body does not get the nutrients that it needs, according to the National Center for Health Research.

The US Food and Drug Administration (FDA) approved Adderall in 1960. Furthermore, the federal government classifies Adderall as a Schedule II drug. Schedule II drugs, according to US law, have a medical use but also have the highest potential for abuse and dependence.

The FDA has also approved the combination of amphetamine and dextroamphetamine as a generic drug. DSM Pharmaceuticals makes the brand-name drug, and many drug companies make a generic version.

Adderall belongs to a class of drugs called central nervous system stimulants. Hence, the drug increases levels of the brain chemical dopamine. Consequently, it activates the body’s fight-or-flight responses. As a result, it stimulates the brain. Moreover, the chemical makeup of Adderall is similar to methamphetamine and MDMA.

Because Adderall increases dopamine levels, it can create a feeling of euphoria. Therefore, teens and young adults use stimulant drugs like Adderall recreationally, to get high. They typically crush the pills and snort them, or mix them with water and inject them.

Furthermore, they sometimes mix Adderall with alcohol and other drugs. As a result, the negative interactions can be life-threatening.

In addition, Adderall increases alcohol tolerance. Because Adderall makes teens feel more awake and alert, it’s difficult for them to tell how drunk they are getting when they consume alcohol. Therefore, Adderall high side effects are concerning. The risk of overdose and teen alcohol poisoning increases.

Adderall Use Among Young Adults

Young adults are also the most likely age group to misuse Adderall for non-medical reasons. A 2016 study from the Johns Hopkins School of Public Health examined emergency room visits for non-medical uses of Adderall and other stimulant drugs. Researchers found that emergency room visits tripled for Americans ages 18 to 34 seeking help for stimulant use. Furthermore, the researchers found that, of all Adderall use without a prescription, 60 percent of it was among 18- to 25-year-olds.

Research shows that stimulant drugs are more frequently abused than marijuana. Moreover, they are easier for students to obtain. The majority of young people who abuse Adderall get it from family and friends who obtained the drug through a prescription.

The Myth of Adderall as a Study Aid

Stimulants like Adderall enhance alertness and attention. Therefore, high school and college students who do not have an ADHD diagnosis often use the drug in order to increase their ability to focus, learn, and think clearly. Consequently, teens and young adults use Adderall to help them study for exams or write papers. Hence, students sometimes call Adderall “smart pills.”

A study at the University of Kentucky found that 30 percent of its students had illegally used an ADHD stimulant drug like Adderall at some point as a “study enhancer.”

Furthermore, half of all juniors and seniors had used the drugs, the study found. In addition, 80 percent of upperclassmen in fraternities and sororities had taken them.

“Many college students think stimulants like Adderall are harmless study aids. We need to educate this group that there could be serious adverse effects from taking these drugs and we don’t know much at all about their long-term health effects.”

The Truth About Adderall and Academic Performance

However, researchers have found that ADHD drugs like Adderall and Ritalin do not enhance learning or thinking ability in people who do not have ADHD. Furthermore, there is no evidence that ADHD drugs improve academic performance even for those who have been diagnosed with ADHD.

In fact, the average student who abuses prescription stimulants is more likely to

Therefore, it’s clear that Adderall does not improve grades or boost achievement. Moreover, it appears to be linked with the abuse of other substances. 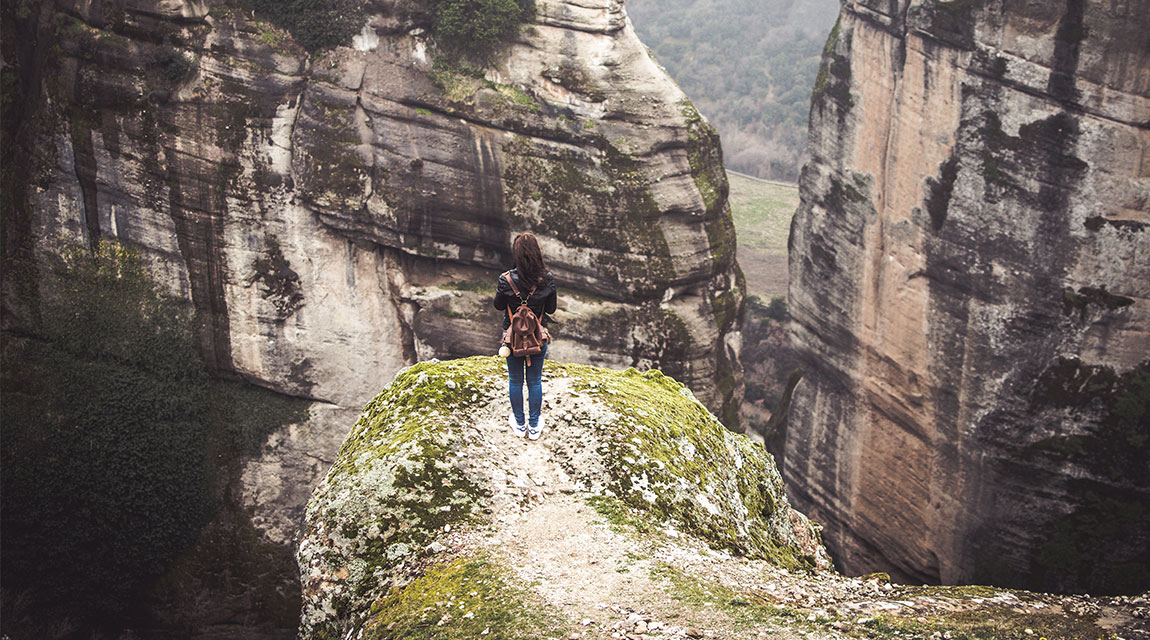 Adderall Addiction and the Brain

Adderall increases the levels of serotonin, dopamine, and norepinephrine in the brain. These neurotransmitters are responsible for the regulation of emotions and feelings of pleasure.

When the brain senses that it has produced enough neurotransmitters, it stops releasing them. Hence, Adderall disrupts the brain’s natural production of these chemicals. Subsequently, an Adderall user’s brain chemistry is altered. As a result, they develop a tolerance for the drug, and require a higher dosage in order to feel the same effects.

In addition, while Adderall stimulates the release of dopamine, it also prevents dopamine from naturally replenishing itself. Hence, as Adderall leaves the bloodstream, the user experiences withdrawal symptoms and cravings. As a result, once the Adderall wears off, users crave more of the drug in order to experience the dopamine rush. Therefore, Adderall abusers become physically and emotionally dependent on the drug.

As the natural production of dopamine goes down, an Adderall user experiences depressive moods and difficulty feeling pleasure when not using the drug. These changes become more pronounced over time.

In addition, long-term Adderall use can cause psychosis and schizophrenia-like symptoms, such as paranoid delusions, hallucinations, and other behavioral or mood disturbances, according to a study published in the journal Molecular Psychiatry. And other prescription stimulants have similar psychological effects.

Long-term use of or withdrawal from an amphetamine stimulant such as Adderall can trigger anxiety and panic attacks. The FDA even prints warnings on Adderall labels about potential negative psychiatric side effects.

Furthermore, symptoms may be worse in people who have a history of mental illness or an underlying mental health disorder, such as bipolar disorder or schizophrenia.

The Psychological Symptoms of Adderall Abuse

Therefore, people who abuse Adderall may experience disturbing psychological symptoms. These mental and emotional side effects of Adderall include

The Physiological Symptoms of Adderall Abuse

Furthermore, the physiological effects of abusing Adderall also include

In addition, prolonged use or abuse of Adderall negatively impacts the heart and the brain. Furthermore, all of the body’s organs and internal systems are affected by abuse of Adderall. Thus, long-term Adderall misuse can be fatal. 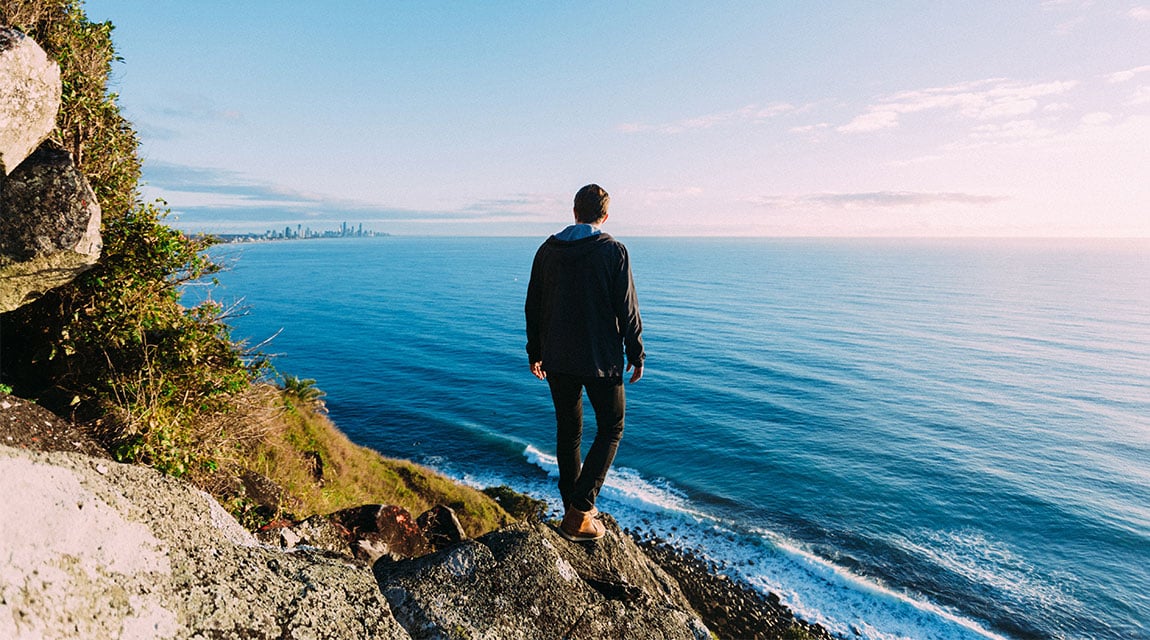 Damage to the heart and cardiovascular system is one of the most dangerous long-term consequences of Adderall abuse. Research shows that this ADHD medication can cause hypertension (high blood pressure) and tachycardia (irregular heart rate). In fact, in 2006, the FDA put a black box warning on the dextroamphetamine-amphetamine combination as a result of its cardiovascular risks.

Stimulants such as Adderall raise body temperature, heart rate, and blood pressure. Therefore, the heart muscle is weakened. Consequently, strokes, seizures, and heart attacks are all potential long-term Adderall side effects. Sudden cardiac death may also be a consequence of Adderall use. Moreover, the risks to heart health are particularly dangerous when the drug is taken in high doses, or when the user has a history of heart disease.

Furthermore, because Adderall increases blood pressure, high levels of blood flowing through and around the kidneys can cause narrowing and hardening of the arteries in that area. Hence, damage to the kidneys can occur over time as a result of Adderall use.

When a teen or young adult who has been abusing Adderall stops using the drug, they will experience withdrawal. Adderall withdrawal symptoms include

Consequently, the withdrawal process for long-term or heavy Adderall users can be extremely difficult and even dangerous. Therefore, they have a better chance of success and safety with the assistance of recovery professionals and medical advisors.

Treatment for Adderall Abuse and Its Root Causes

Research suggests that teen prescription drug abuse is linked to mental health disorders. In one study, researchers looked at data on teenagers who used prescription drugs for non-medical reasons. Consequently, they found that these teens were almost three times as likely to report a suicide attempt a year later.

Thus, the goal of teen rehab is to address the mental health issues, such as trauma and depression, which underlie substance abuse. Therefore, teen rehab can foster lasting change.