Teens engaging in risky behavior is nothing new. Teens have a reputation for being wild. And, like most stereotypes, there’s truth in that image. Psychological and physiological changes in the adolescent body and brain contribute to risk-taking behavior.

Glorified by the media in numerous novels and films (remember Risky Business?), teen risky behavior isn’t entertaining in real life—it’s scary. According to the Centers for Disease Control, accidents, homicide, and suicide are the top three causes of death for teenagers in America. And all three can stem from risky behavior.

What exactly are risky behavior examples? There’s a wide range of behavior patterns that can be classified as risky. In general, however, risky behavior in teens can be broken down into roughly five categories. 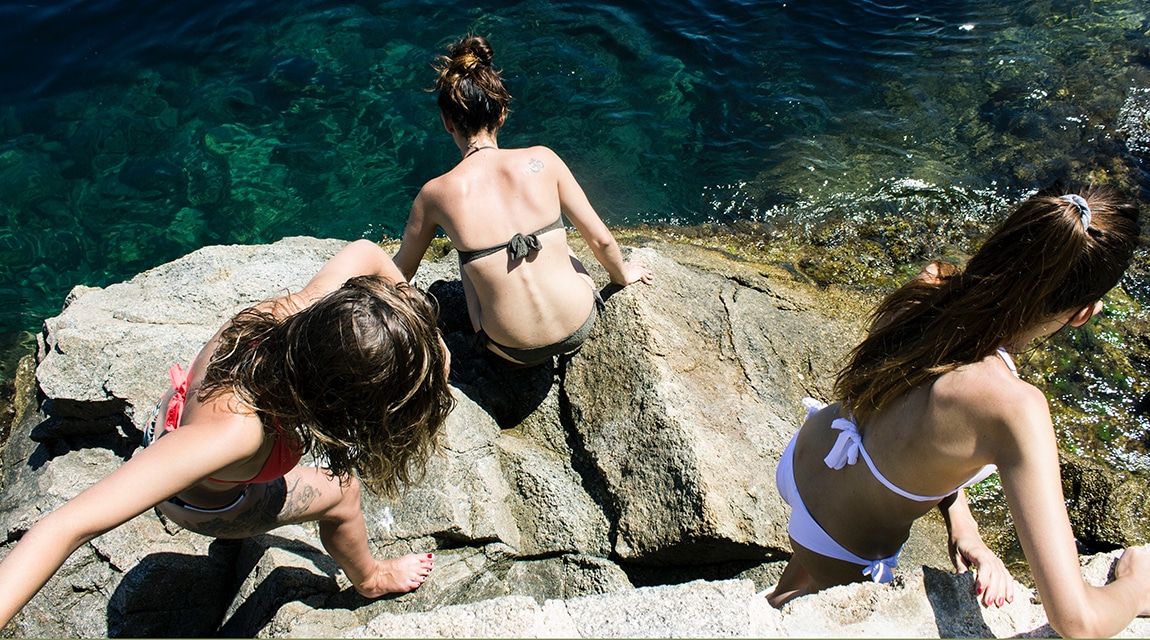 The Centers for Disease Control and Prevention monitor risky behavior in teenagers using the Youth Risk Behavior Surveillance System (YRBSS). Conducted every other year since 1991, the YRBSS now covers 118 health behaviors, as well as statistics on obesity and asthma. The 2015 YRBSS, the most recent study, collected data about teenage risk behaviors from more than 15,000 American high school students.

A Sampling of Data from the 2015 Risk Behavior Surveillance Report 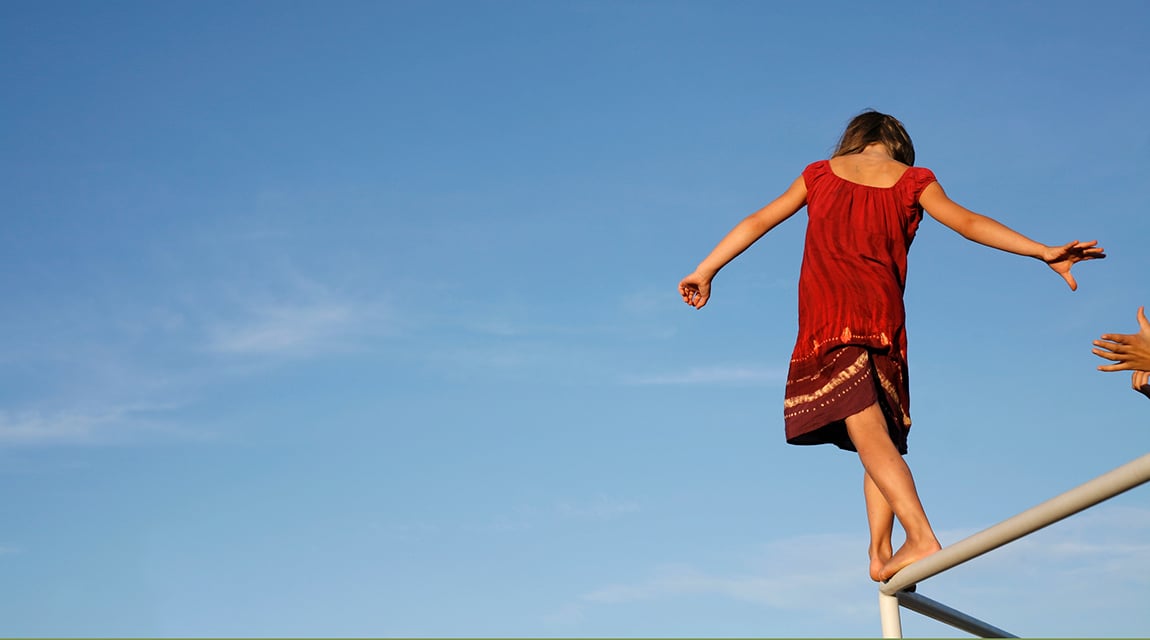 When it comes to risky behavior, adolescence is the perfect storm. There are many reasons why teens are drawn to risk-taking behaviors. In addition, peer pressure can be a factor. External stresses can push teens toward these behaviors to let off steam. Therefore, taking risks can be a misguided way for teens to strike out on their own and feel independent.

But teen risk behaviors are also a result of physiological changes that impact the brain and the nervous system. In an essay on teen risk behaviors written for Slate magazine, Alan E. Kazdin, former president of the American Psychological Association, and Carlo Rotella, director of American studies at Boston College, put it like this:

About the time of the onset of puberty, changes in brain structure and function, hormones, and neurotransmitters work together to increase the desire to seek out rewarding experiences, especially the sensation afforded by novel and risky behavior. 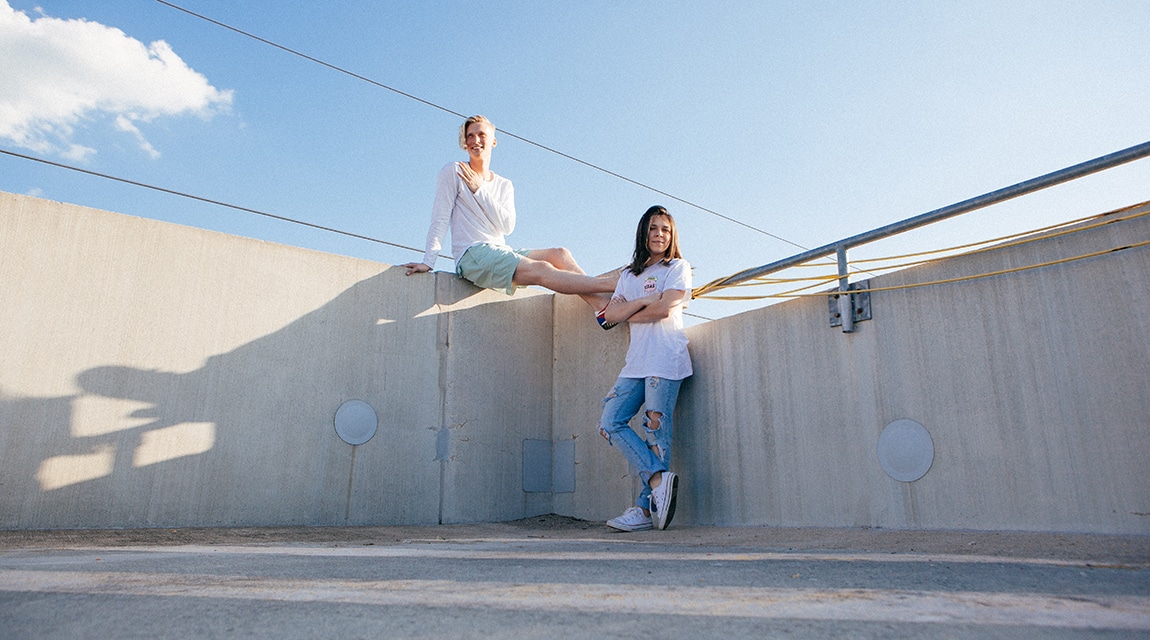 Risky Behavior and the Teenage Brain

According to Kazdin and Rotella, as an adolescent’s social-emotional system matures, they seek out more stimulation. But the prefrontal cortex, the part of the brain that controls self-regulation, is not yet developed enough in teens to exert control over their impulses. Consequently, this leads to teenage risk behaviors.

Researchers theorize that teenagers may actually be biologically hard-wired to engage in risky behaviors. In a study at the University of Texas at Austin, participants aged eight to 30 were given monetary rewards for correctly categorizing an image. Scientists measured how their brains responded when they found out whether their answers were right or wrong. The teenagers’ brains released the highest levels of dopamine, a chemical associated with pleasure. Dopamine motivates the brain to seek rewards and is linked to addiction. Thus, the researchers concluded that teens are more willing to take risks in order to experience rewards.

According to the authors of the study, “Adolescents tend to make poor decisions and risky choices more often than both children (who are not yet fully sensitive to rewards) and adults (who are sensitive to rewards, but have the ability to exert control over reward-driven urges).”

Another study looked at how participants aged 18 to 88 reacted to a lottery game. In general, the older they were, the fewer risks they took. Additionally, researchers found that the older adults who were risk averse had less gray matter than younger participants in the area of the brain involved in making risky decisions.

Is Risky Behavior in Teens Contagious?

Peer relationships are incredibly important for teens. As a result, their intense focus on how their peers see them can cause them to do risky things. Furthermore, there is a scientific basis for the idea that risky behavior is more common in groups.

In a 2016 study on risky behavior, participants were asked to take a chance or make a safer choice in a gambling game. When they weren’t watching the others who were playing the game, most people selected the safer bet. But when they observed risky behavior in others, they were more likely to take risks themselves. It’s easy to see how these findings could translate to teenagers.

Alcohol and substance use create a double risk. Not only are they teen risk behaviors in themselves, they also increase the likelihood that teens will engage in other dangerous activities. The teen brain is already compromised in terms of its executive-functioning ability (the ability to make and carry out rational decisions). Alcohol and drug use further weaken that ability, no matter what age you are.

Researchers at Rutgers gathered data on 91 young adults between the ages of 18 and 20. They used a visual and task-based test to measure the impact of drinking on executive functioning among students consuming alcohol in real situations. The higher their blood alcohol level, the worse decisions the students made on the test. The study authors concluded that chronic alcohol consumption has a significant impact on the executive functioning processes of the brain among underage drinkers. Consequently, it increases the likelihood that they will make risky choices.

This is borne out by statistics from the National Institute on Alcohol Abuse and Alcoholism showing that drinking leads to other health–compromising behaviors, such as tobacco use and drinking and driving. 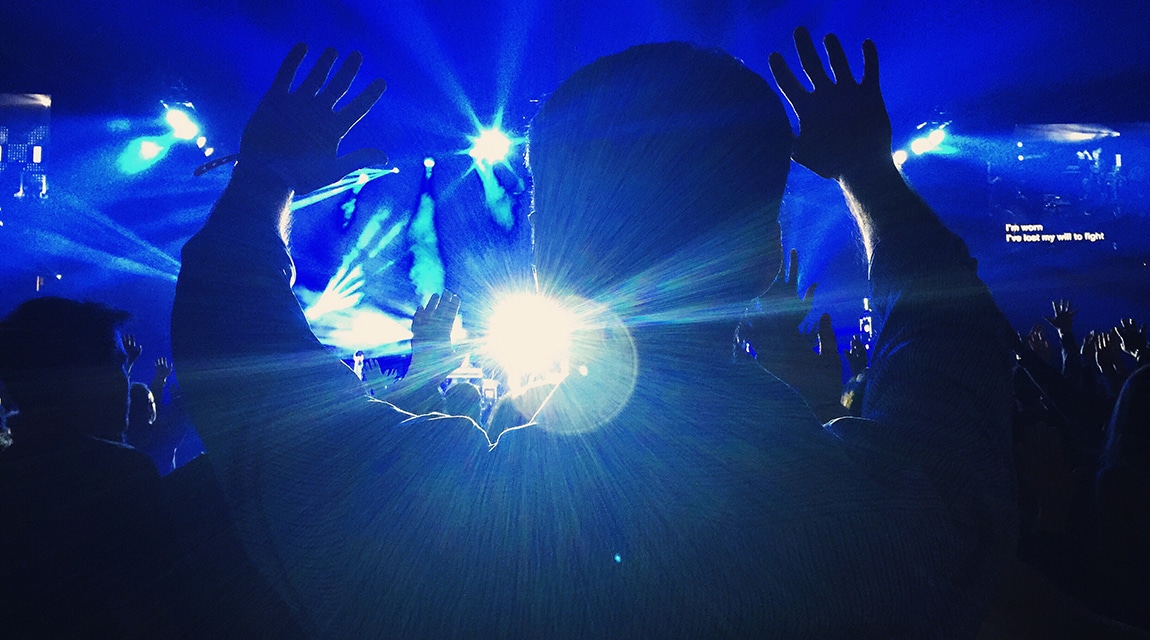 While the prefrontal cortex is not yet developed in the adolescent brain, the amygdala, the part of the brain responsible for processing fear, is overactive. Thus, “adolescents are not just carefree novelty seekers and risk takers; they are uniquely vulnerable to anxiety and have a hard time learning to be unafraid of passing dangers,” writes Richard A. Freedman, a professor of clinical psychiatry, in an article in the New York Times. “Largely because of a quirk of brain development, adolescents, on average, experience more anxiety and fear and have a harder time learning how not to be afraid than either children or adults.” Clearly, this characteristic doesn’t mesh well with risk-taking behaviors.

For adolescents who suffer from teen depression, risk-taking behaviors might ease the pain or numbness. These may include substance abuse, unsafe sexual activity, or self-harm. But, in fact, these behaviors always make depression symptoms worse. In addition, there are other behaviors classified as risky. These include eating poorly, not getting enough sleep, and spending too much time on social media. These habits also contribute to mental health challenges. 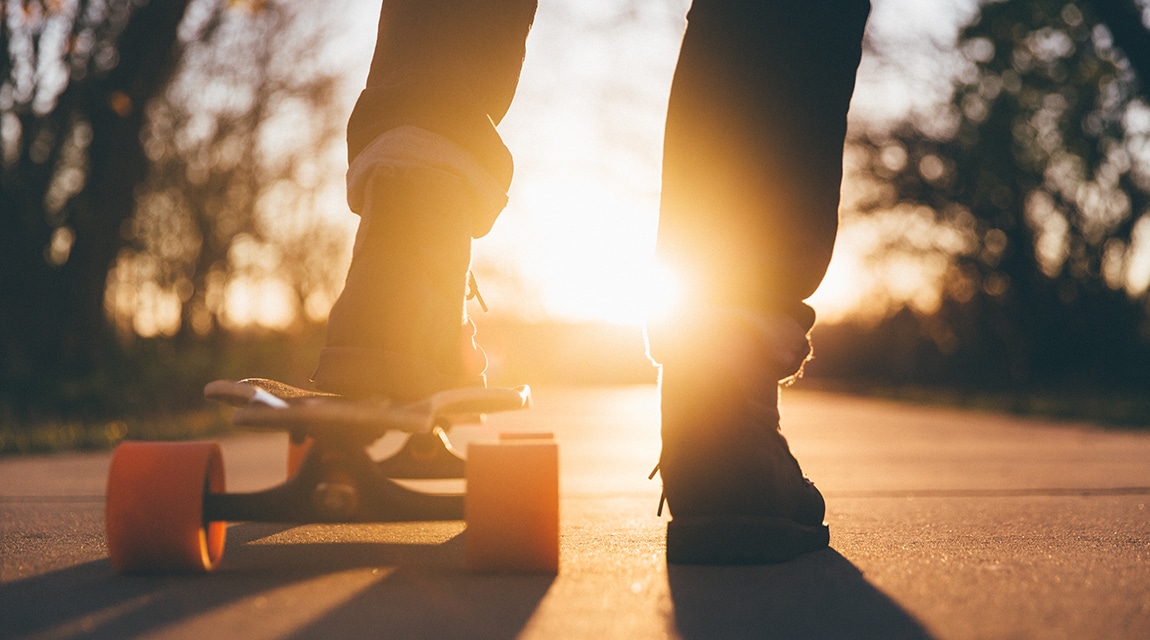 Risk-taking isn’t always a bad thing. In fact, a certain level of safe, positive risk-taking is essential for teens to develop their sense of self and gain self-esteem. Healthy risk-taking activities include the following:

Tests and trials are a necessary part of life. You have to be tested through struggles and eventually overcome them, or you will never grow into your own power. Every time you are tested by a hardship or problem, it forces you to go within and find your own personal strength, skill, or solution that is uniquely yours. 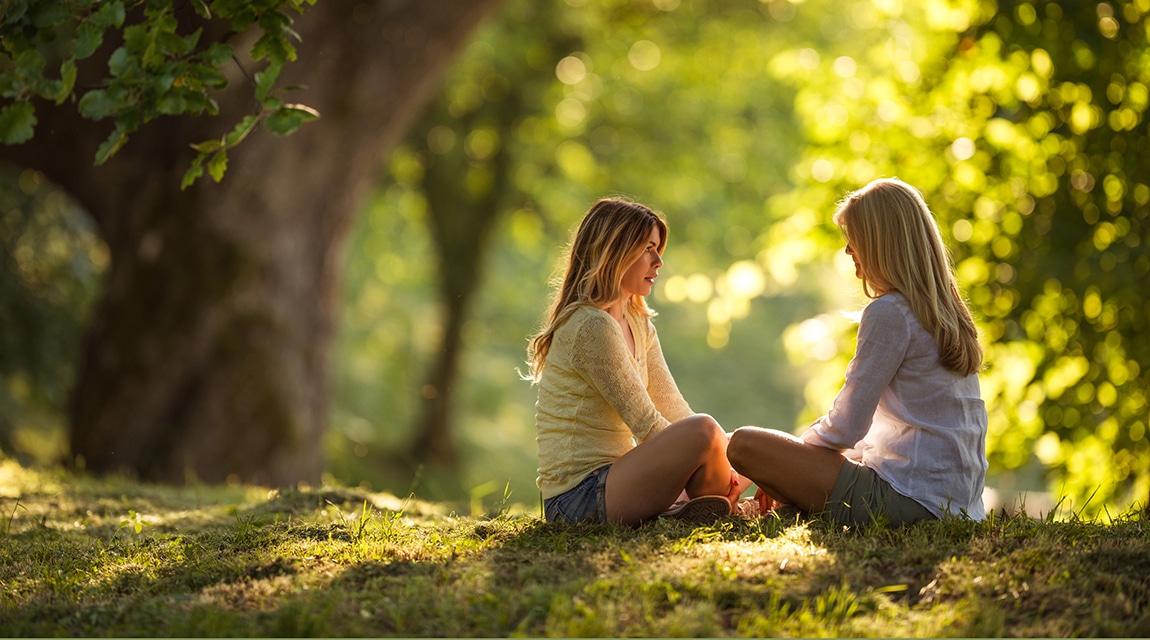 Parents sometimes feel helpless when it comes to combating their teenager’s risk-taking behaviors. But there are ways to limit the dangers, while still respecting an adolescent’s independence.

Don’t be afraid to reach out to professional support in the fields of teenage mental health and substance use. You are not alone.