For better or worse, celebrities have a powerful impact on how teens view themselves and how they see the world. In fact, it’s easy to underestimate how much celebrities influence teenage attitudes and behavior.

Celebrities can have a positive influence on youth. In fact, they can serve as role models. But famous singers, actors, and other celebrities can also provide unhealthy examples. In particular, celebrity influence on body image and substance use is often detrimental to teen mental health.

Therefore, teenagers need guidance on how to interpret celebrities’ influence. Adults can engage with kids around media. In addition, they therefore support how children process what they’re seeing and hearing. Moreover, parents and teachers can use celebrities’ stories as entry points into important discussions about health and personal choices.

The Impact of Media on Teen Body Image

Research shows that teen body image is shaped by many factors. These include friends and family, where the teen lives, and their cultural background. However, celebrity images have a profound impact on teen body image.

The Today Show and aol.com collaborated on the “Ideal to Real” body image survey. As a result, the survey found that 80 percent of teen girls compare themselves to images they see of celebrities. Moreover, among those girls, almost half said that celebrity images make them feel dissatisfied with the way they look.

Therefore, appearance is among teenagers’ top concerns, teen girls in particular. In her book Think: Straight Talk for Women to Stay Smart in a Dumbed-Down World, author Lisa Bloom reveals that 25 percent of young American women would rather win America’s Next Top Model than the Nobel Peace Prize. 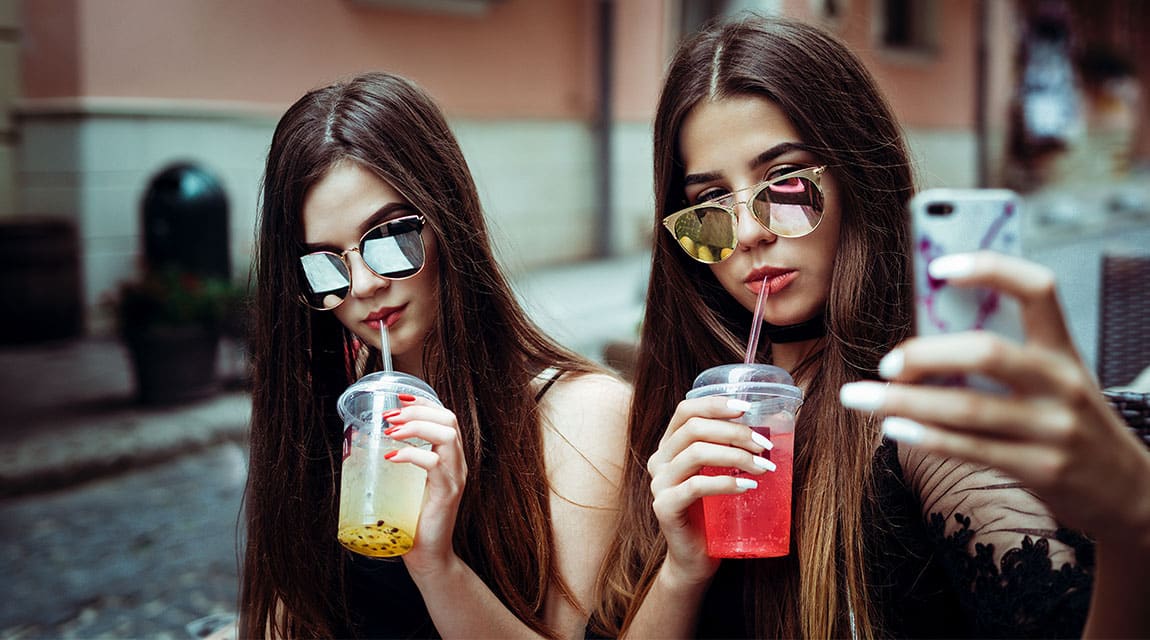 Why does celebrity influence on teen body image matter? Because body dissatisfaction is linked to mental health challenges, including eating disorders, depression, and low self-esteem. Studies find that young women who consume media with many images of an unrealistic “thin ideal” are more likely to exhibit symptoms of disordered eating. In addition, the Girl Scouts Research Institute found that nearly half of girls ages 13 to 17 wish they were as skinny as the models in fashion magazines.

Celebrities play into this trend when they document their extreme diets or use language that can be triggering for those with eating disorders—such as when the entertainer Kim Kardashian recently expressed gratitude for being told she “looks anorexic.” News outlets covered a conversation between the Kardashians and the backlash it spawned. When celebrities minimize the severity of eating disorders such as anorexia or bulimia, or endorse taking unhealthy products to suppress appetite, they are emulating dysfunction.

Furthermore, for celebrities that are as exploited for their physical bodies as often as the Kardashian family is, they are shirking an opportunity to reframe the narrative around healthy weight. Hence, teens are told that looking skinny defines your worth. This messaging is superficial, heartbreaking for many, and can be deadly for those who suffer with life-threatening eating disorders.

However, some celebrities influence the body-image discussion for the better. For example, the singer Lorde called out a Photoshopped image of herself on Twitter. She noted that one photo showed her with “perfect” skin while the other was real. “Remember, flaws are ok,” she tweeted.

Other celebrities, including Rihanna, Beyoncé, Melissa McCarthy, and Jennifer Lawrence have spoken out against the ideals of beauty promoted by the entertainment and fashion industries.

“You shouldn’t be pressured into trying to be thin by the fashion industry, because they only want models that are like human mannequins. You have to remember that it’s not practical or possible for an everyday woman to look like that. It’s not realistic and it’s not healthy.” 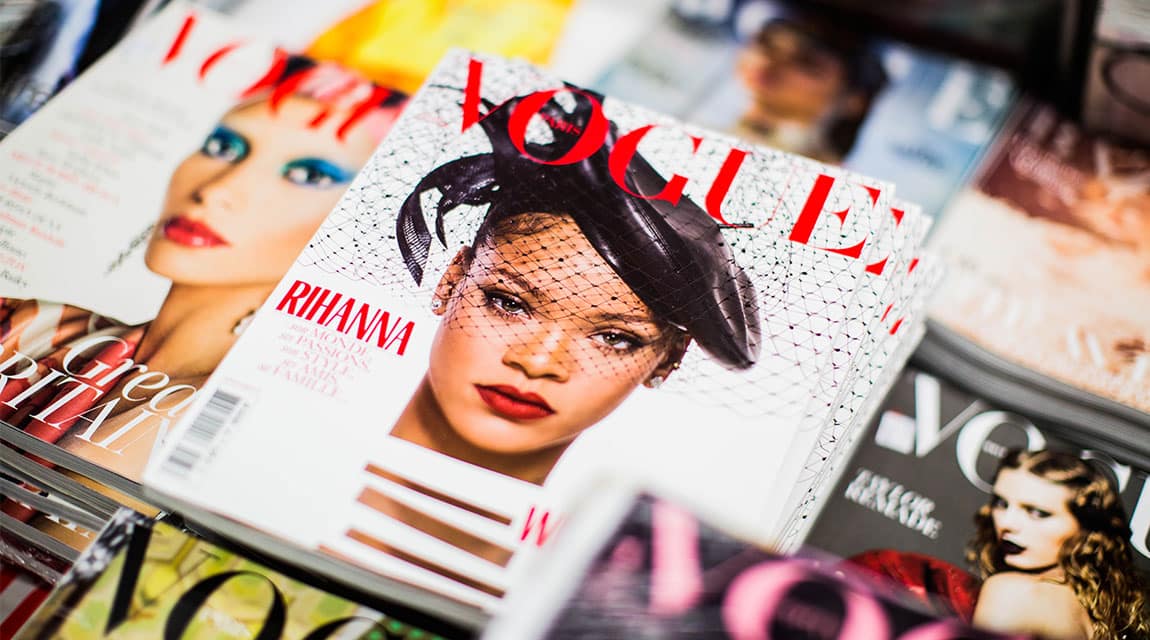 Substance Use and Celebrity Influence

Celebrities influence teens in other ways as well. When stars post images of themselves drinking or smoking on social media, they normalize substance use. Furthermore, they make it appear attractive and cool.

Moreover, teens often idolize celebrities and want to be like them. Therefore, if they see images on Instagram of a favorite singer or actor using drugs or drinking, they might be tempted to do so as well.

For example, a University of Pittsburgh School of Medicine study looked at teenagers who frequently listen to music that contains references to marijuana. Subsequently, they found that these teens are more likely to use the drug than teens with less exposure to such lyrics.

In addition, for every hour that American teens listen to music, they hear more than three references to different brand names of alcohol. Researchers say that this might contribute to teen drinking. In addition, researchers at Dartmouth Medical School found that movie characters who smoke cigarettes influence teens to try smoking. Therefore, media influence on youth can contribute to risk-taking behaviors.

The Impact of Celebrity Endorsements on Teen Nutrition

Moreover, celebrities influence how teens eat. In one study, researchers examined endorsements made by 163 music celebrities who were popular with teens. They used Teen Choice Award nominations as a way to measure the celebrities’ popularity among adolescents. And many of these celebrities endorsed snack foods and non-alcoholic beverages.

Subsequently, the researchers found that 71 percent of the beverage endorsements promoted sugar-sweetened drinks. Also, 81 percent of the endorsed foods were low in healthy nutrients. In other words, celebrities are encouraging teens to eat food that doesn’t support their physical or mental development.

That’s because nutrition and teen mental health are closely linked. Certain nutrients directly contribute to mental health. And an increasing body of research reveals the negative impact of sugar on the brain and body.

Many celebrities are open about their struggles with addiction and mental health. As a result, they help to reduce stigma and raise awareness. For example, before reportedly entering rehab after an apparent drug overdose earlier this summer, Demi Lovato released a song about relapse, titled “Sober.” Consequently, the song inspired young people nationwide to open up about their substance abuse and mental health challenges.

Lovato has struggled for years with drug abuse, alcoholism, depression, bipolar disorder, and eating disorders. While her recovery continues, her song helped increase understanding around relapse and addiction. For many people, relapse is part of the recovery journey. Furthermore, it provides an opportunity to address the underlying issues and build better coping strategies.

In addition, pop star singer Ariana Grande has been frank about her battle with PTSD and anxiety following a bombing at a concert venue while she was performing. Moreover, the model Bella Hadid has shared about her social anxiety. And England’s Prince Harry has spoken publicly about the trauma of losing his mother, Princess Diana. Subsequently, he and Prince William formed the Heads Together initiative. The project tackles stigma, raises awareness, and provides help for people with mental health challenges.

These are just a few of the many celebrities who have shared their struggles with the world. As a result, celebrities influence the public’s understanding of these issues.

How to Talk to Teens About Celebrity Influence

How does media influence teens? Because pop culture plays such a big role in teens’ lives, celebrities influence the way teens think and what they talk about. Therefore, parents can use celebrities’ experiences as avenues for talking about sensitive subjects.

Thus, celebrity anorexia cases offer opportunities to talk to teens about how dangerous the “thin ideal” can be. And they can discuss healthy ways to stay fit and eat well. Moreover, stars who speak out about coping with mental illnesses demonstrate that people with such diagnoses can be successful and happy.

Parents might ask teens what they admire about the stars they follow. What qualities do they want to emulate? Perhaps creativity, passion, or dedication? What can they learn from the lives of celebrities who have struggled with depression, anxiety, eating disorders, or substance use?

Some teens are upset when they find out about a celebrity’s struggles. Therefore, parents can offer a different viewpoint: Stars who share their stories are examples of courage, honesty, and authenticity. Moreover, their vulnerability makes them stronger. And they often receive tremendous support and love after opening up. In this way, they serve as role models for youth.

However, some celebrities are unable to overcome mental health conditions. The deaths this year of designer Kate Spade and television personality Anthony Bourdain brought renewed attention to mental illness and suicide. Therefore, the message for teens is that people who are suffering must seek professional treatment as soon as possible.

In conclusion, celebrities are really people. Thus, they experience real struggles. But because they are in the public eye, teens have the opportunity to learn from them. And parents can help them sort through the information and take away a healthy message.