Marsha M. Linehan is a leading worldwide authority on borderline personality disorder.  In addition, she is a respected University of Washington psychologist. In addition, she was also diagnosed with BPD herself. Thus, she understands the struggles firsthand.

“Borderline individuals are the psychological equivalent of third-degree burn patients. They simply have, so to speak, no emotional skin. Even the slightest touch or movement can create immense suffering.”

What is Borderline Personality Disorder?

Teens with borderline personality disorder find everyday life hard. Indeed, they don’t know how to process emotions. Thus, they have unstable relationships with even the people that care for them the most.

Teens with borderline personality disorder are unable to connect with others. Furthermore, they become isolated and desperate. Lacking a clear sense of self, they feel chaotic and stressed. Therefore, encounters and scenarios that should be relatively easy to manage become difficult.

In most teens, BPD can be caught early and successfully treated. Also, in most cases, early treatment of teen borderline personality disorder is recommended. Therefore, such early treatment leads to better long-term outcome.

“The child does not learn how to understand, label, regulate, or tolerate emotional responses, and instead learns to oscillate between emotional inhibition and extreme emotional lability.”

The lack of a firm identity is a major challenge. As a result, teens with borderline personality disorder become incredibly dependent on others. Hence, they need to be “seen” and validated. Therefore, extreme narcissism is a defense mechanism. Truly, it covers up their profound fear of abandonment.

Devoid of a consistent sense of identity, borderline teens become chameleon-like. Hence, they parrot the world around them, appearing at times to be exactly what others want them to be. Yet, unable to process emotions, their imitation act often explodes into volatile outbursts.

This is per the Diagnostic and Statistical Manual of Mental Disorders (DSM-5). The DSM-5 is published by the American Psychiatric Association.

In fact, it is by far the highest suicide rate of any mental health disorder.

Moreover, the BPD suicide rate is more than 50 times the rate of suicide in the general population of the United States.

In conclusion, it’s critical to ensure the safety of the environment for teens suffering from BPD. Thus, restricting access to lethal means is an effective form of suicide prevention.

Most importantly, an expert assessment is the crucial first step. Therefore, this leads to the right diagnosis. 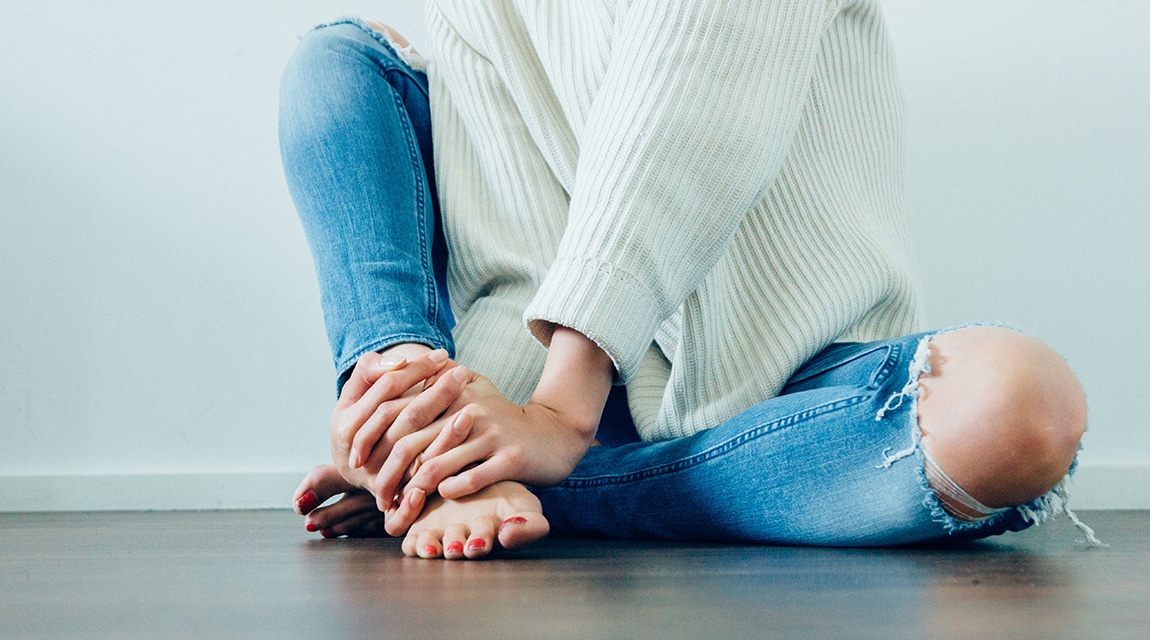 In addition, the diagnosis of borderline personality disorder has been difficult from the beginning. This difficulty is reflected in its very name.

In 1938, psychoanalyst Adolf Stern coined the term “borderline.” He first described most of the symptoms. They are now part of the diagnostic criteria of borderline personality disorder.

Dr. Stern believed that his patients with borderline personality disorder were on a murky border. Thus, they lurked between neurosis and psychosis.

Too often, borderline personality disorder symptoms are mistaken for another mental health condition.

Here are some of the disorders that are commonly misdiagnosed in those with BPD:

Misdiagnosis presents problematic possibilities. Is your teen displaying symptoms of borderline personality disorder? They should be diagnosed by experienced professionals. They need a precise assessment by a professional treatment team. This assessment is essential.

Such a step leads directly to viable BPD recovery. 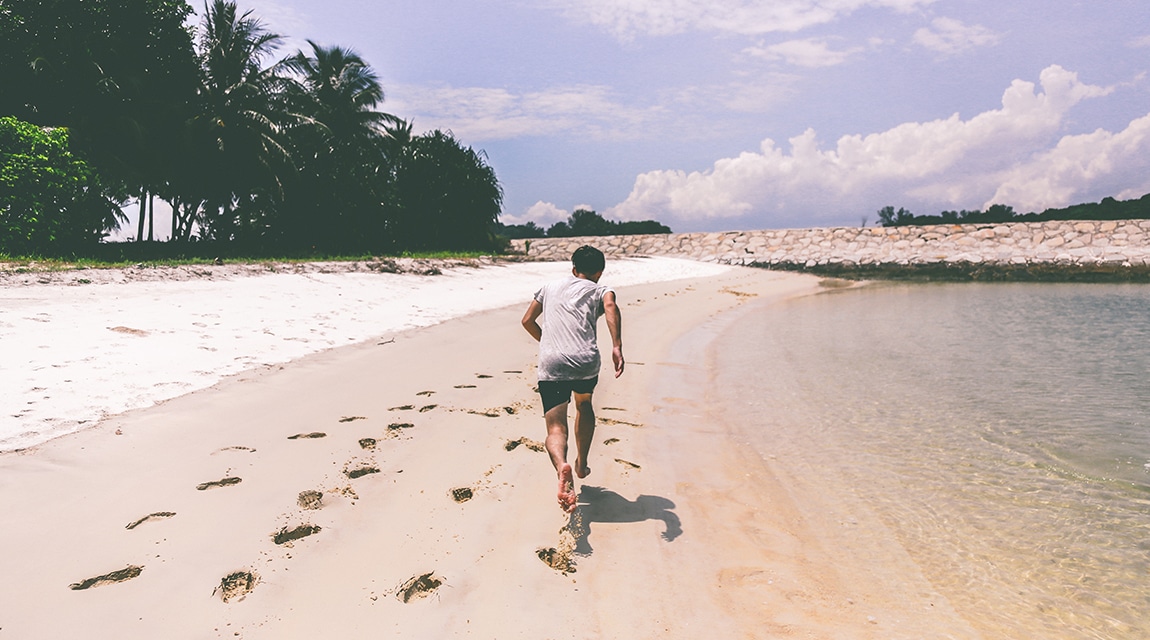 Are you a parent who suspects that your teen might be suffering from BPD?  There are questions to consider that may help illuminate the situation.

Many teens without borderline personality disorder can fit these descriptions. This is important to recognize.  Yet, answering yes to most these questions is a red flag. Such answers indicate that proactive steps should be taken toward a professional assessment. 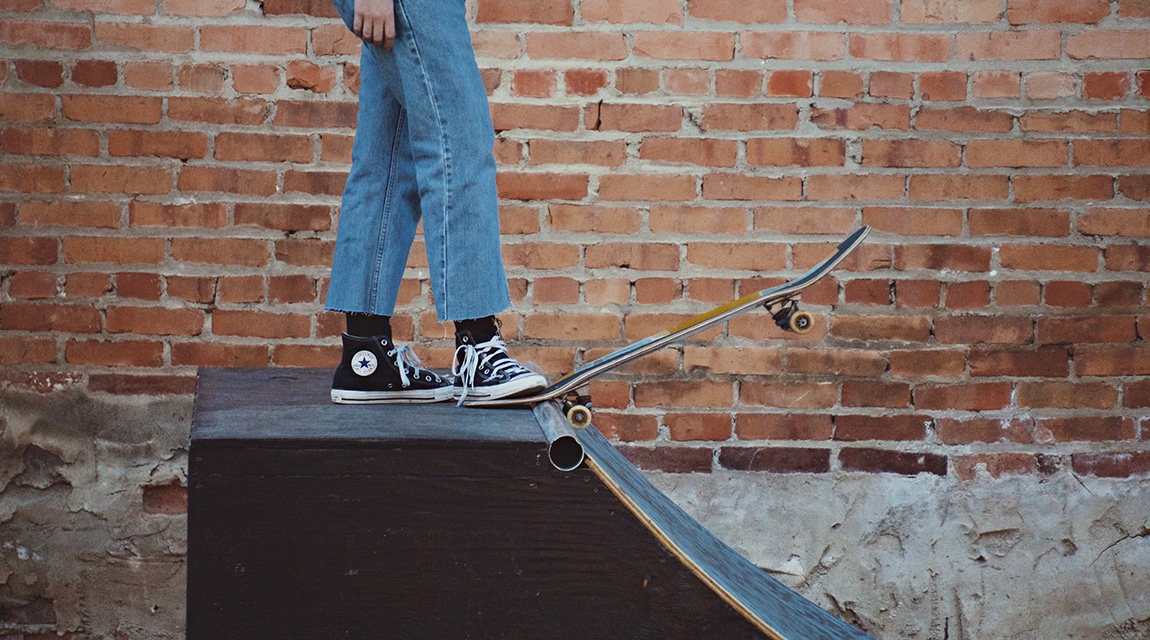 The causes of borderline personality disorder are not fully understood. Without a doubt, there is a definite mix of environmental and genetic factors. Potential BPD causes include the following:

No specific BPD gene has yet to be identified. Still, studies in twins reveal a strong hereditary link. Thus, scientists conclude that genetics play a role in borderline personality disorder.

BPD patients lack the neural capacity needed to inhibit negative emotions. Thus, the part of the brain that regulates emotions and controls impulses is often damaged. Hence, such damage leads to the behavioral problems and personality issues.

Studies show the danger of abnormalities in the structure of the brain. 60 percent of the borderline personality disorder risk stems from this problem.

Moreover, the neurobiological response to chronic stress is a possible cause. Chronic stress exposure potentially can change brain metabolism and structure. Such changes might limit the brain’s abilities. It might limit the processing and integration of emotion and thought.

BPD patients often have a history of childhood trauma. Often, this trauma includes physical abuse, extreme stress, and/or abandonment. However, the abuse trauma tends to be outside the family unit. 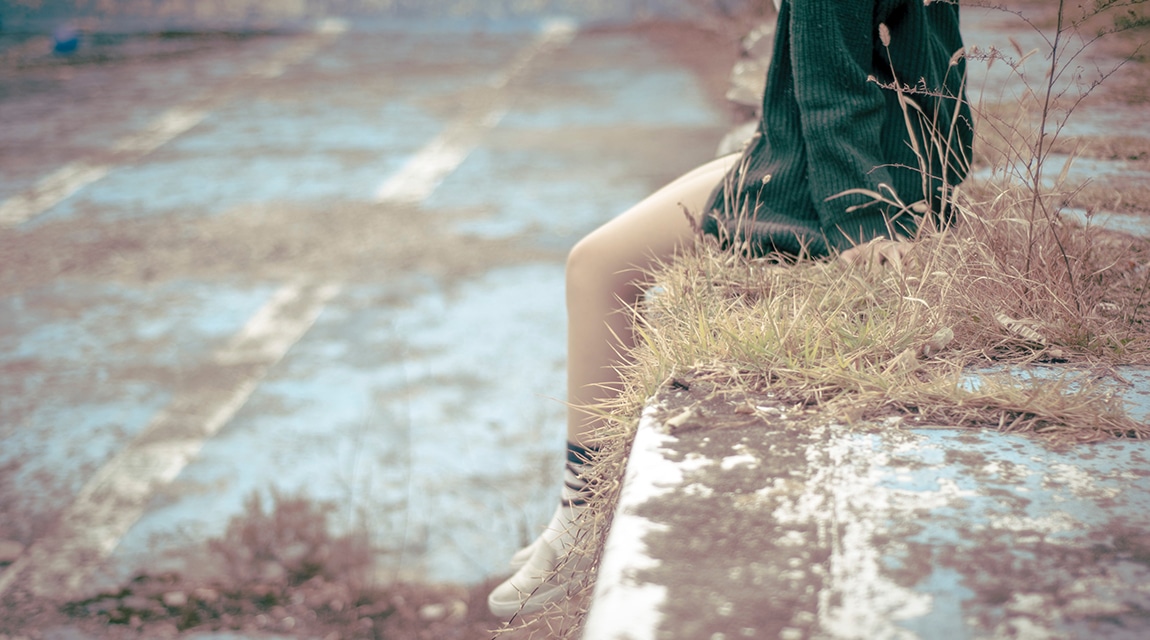 The additional facts listed below are important for parents to know:

Given the statistics, the need for action is clear. Research studies show long-lasting periods of BPD symptom remission are possible with treatment.

Linehan embraced the biggest challenge. She focused on people with BPD who were prone to self-injurious behavior. Indeed, Linehan worked with the hardest cases that need and request frequent hospitalizations.

Her results showed that borderline personality disorder can be successfully treated. This outcome is particularly true when it comes to teens.

Here’s how DBT and other forms of therapy help foster sustainable healing: 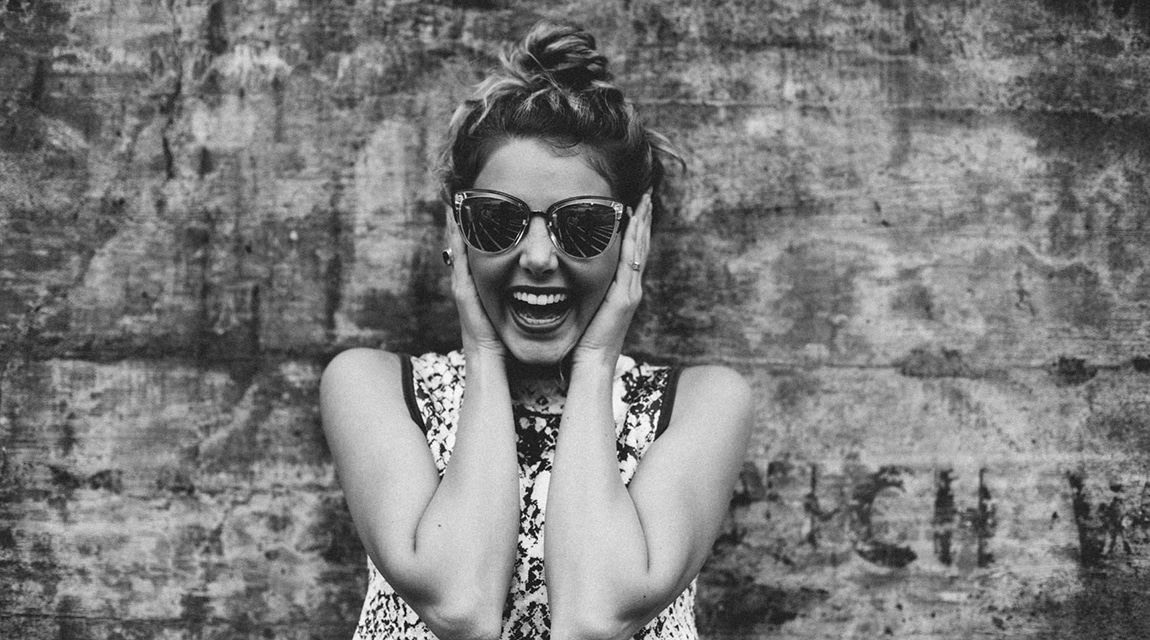 Recent research has shown a positive effect when families are included. Families can aid the treatment of teen borderline personality disorder. From the beginning, Newport Academy has emphasized family participation. This is a key part of the teen treatment process.

Moreover, the families of teens with borderline personality disorder may also benefit from treatment. Dealing day in and day out with a loved one with BPD can be very stressful. Hence, family participation can lead to greater healing.

“At Newport Academy, we can use unique and cutting-edge treatment approaches that would take the state years to employ…. we have the ability and flexibility to tailor programs that best suit the needs of our residents.” —Helene D’Jay, LPC, Newport Academy Clinical Director, East Coast Campus

Do We Use Medications to Treat Borderline Personality Disorder?

Prescription medication is rarely the only answer for mental health concerns. This includes teen borderline personality disorder. Many teens with BPD are prescribed various medications, with no lasting positive effects.

There are ways to work with borderline personality disorder symptoms that are just as successful as medication. In fact, they have no dangerous side effects. Hence, our teen BPD treatment team believes long-term mental health goes beyond any medications. Rather, developing new behaviors and greater self-understanding is key. Indeed, this is what fosters a stronger sense of self and increases emotional stability. 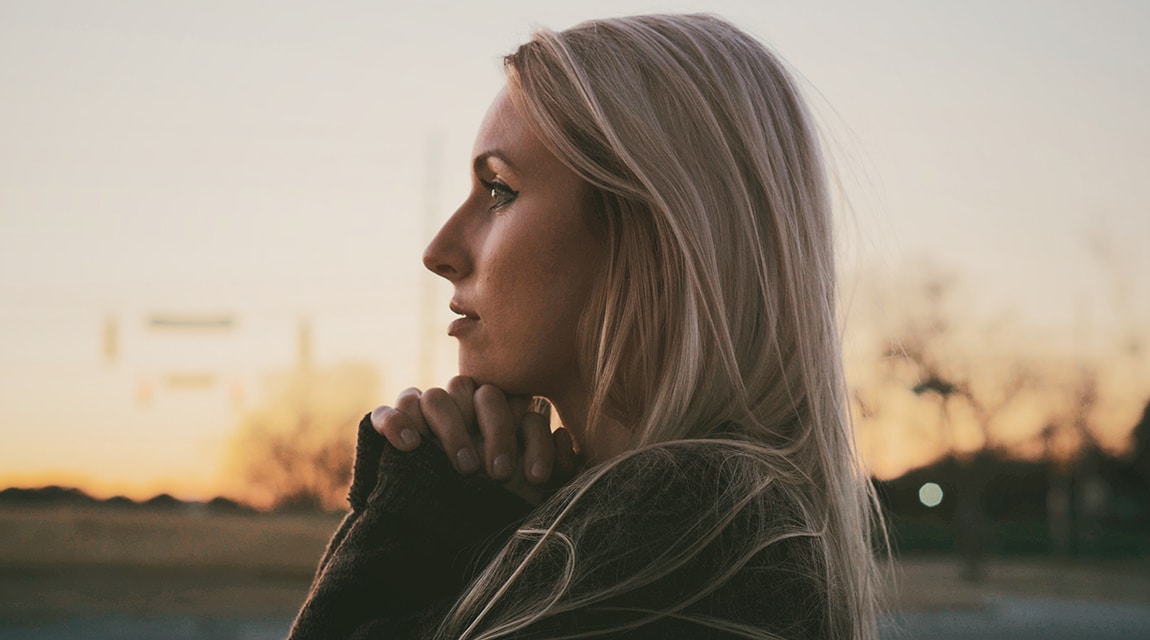 Teens suffering from borderline personality disorder often self-medicate with drugs or alcohol. Thus, they might feel that this is the only way to numb the fear they’re experiencing. Hence, for BPD in teens, substance use is a negative coping skill. Indeed, it reduces the fear of abandonment and cope with profound insecurities.

The Calm Sanctuary of Residential Treatment

Newport Academy provides the highest-quality care using evidence-based methods. Indeed, our staff and clinicians are among the elite in their respective fields. Thus, we understand the challenges of borderline personality disorder.

“It is our mission to provide the most comprehensive, impactful treatment for teens to sustain long-term recovery. We enable young people to move out of the darkness and into the light, into happy, fulfilling lives.” —Jamison Monroe Jr., Newport Academy Founder and CEO

Our priority is to offer the most effective personalized treatment available. We incorporate evidence-based clinical and experiential therapeutic modalities. In addition, we tailor an integrated and comprehensive care plan. Thus the goal of the plan is to meet each teen’s needs, strengths, and challenges.

Upon admission, residents are assigned an eight-person treatment team. This team develops a customized program to promote growth and sustainable healing.

Take a moment to meet our team.

“Newport Academy is built around honesty, integrity, and courageous teamwork. It’s a privilege and honor to work with caring individuals who put their heart and soul into what they do. Newport Academy provides an approach that is experiential, creative, loving, and dynamic. It is an honor to witness adolescents and families change as they get the help they need.” —Marcie Beasley, MA, LMFT, Newport Academy Clinical Director, West Coast Campus

2) Our Philosophy Is Love

We help teens by providing a safe, accepting, and nurturing environment. We pride ourselves on providing unconditional love and support every adolescent who comes through our doors. Thus, teens feel safe enough to explore and resolve underlying issues.

The Newport Academy staff’s clinical expertise is matched only by their compassion. Hence, we provide the care that supports each teen’s self-worth and self-acceptance. 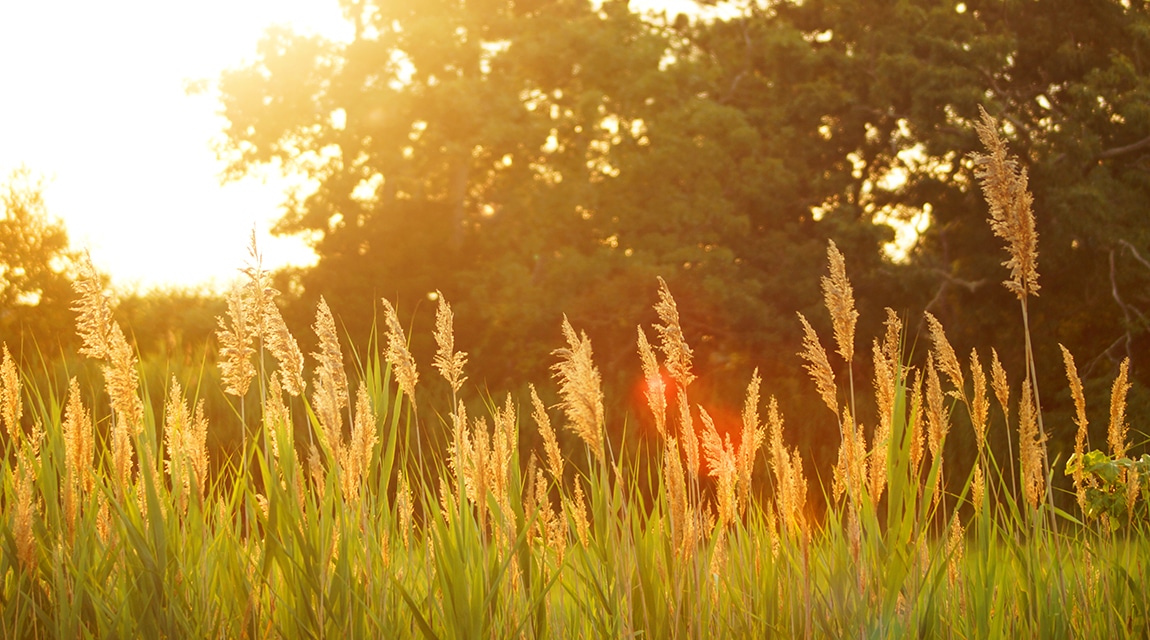 We have achieved an unparalleled success rate since our founding. Thus, 85 percent of our teens complete the Newport Academy program. Please learn how we treat BPD in teens. Indeed, browse our website or call us at 877-959-0904. We are open 24 hours a day, seven days a week. Moreover, Newport Academy has a 4:1 staff-to-client ratio.

If Newport Academy is not the right fit, then we will help you find a solution that works for you.[/vc_column_text][/vc_column][/vc_row]