If someone plays an April Fools’ joke on you today and it makes you laugh, thank them. Turns out they did you a favor. That’s because laughter is scientifically proven to benefit mental health. Leading benefits of laughter include stress reduction, strengthened social connections and the release of your body’s “feel good” chemical, endorphins.

As a result, one of the many benefits of laughter and humor is the power to combat anxiety and depression, according to researchers. Therefore, laughter is good medicine for teen mental health.

“Laughter has a way of instantly connecting people and is one of the most basic and fundamental ways in which we communicate as human beings. But more than that—laughter can increase confidence, self-esteem, creativity, positivity and resilience, bringing positive changes to all aspects of our lives.”

The late Norman Cousins is perhaps the best-known proponent of laughter as medicine. Around age 50, Cousins was diagnosed with a connective tissue disease and a condition known as ankylosing spondylitis. In fact, doctors told him that he had only a one-in-500 chance of recovery.

Soon after, Cousins discovered that he felt less pain and fewer symptoms while he was enjoying something that made him laugh. Therefore, he prescribed himself regular doses of laughter, brought on by watching episodes of Candid Camera and old Marx Brothers movies. As a result, Cousins lived for another 25 years after his diagnosis. Furthermore, he began to study the medical effects of laughter with the support of California University Hospital.

Since then, researchers have continued to validate the pain-relieving effect and benefits of laughter. Additionally, studies have shown that laughter strengthens the immune system. Most likely, this is due to the fact that laughter, like other forms of happiness, triggers the nervous system’s relaxation response. Moreover, a good laugh relieves physical tension, subsequently leaving the muscles relaxed for as long as 45 minutes.

Because what happens in the body also affects the mind, these positive changes in physical health also have a profound impact on mental health. 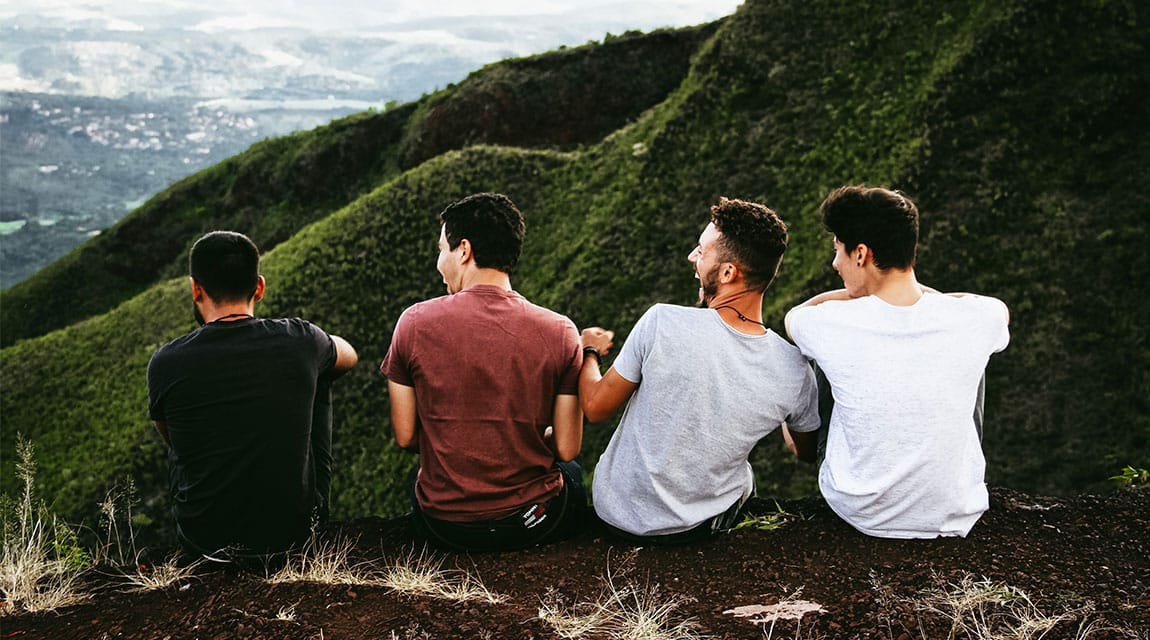 The Mental Health Benefits of Laughter

We have a lot to gain from laughing! Laughter has the following effects on our overall mental health:

Laughter and Comedy as Therapy

The benefits of laughter are so beneficial for mental health that psychologists have figured out ways to incorporate it into therapy. In fact, a group of psychologists formed the Association for Applied and Therapeutic Humor (AATH). This group of experts dedicates its time to promoting the use of humor in psychiatric settings to treat serious mental illness.

Subsequently, they perform their acts at conferences, treatment centers, mental health organizations, college and university campuses, and other venues. As a result, the performers gain a sense of control and self-worth. Moreover, these performances help educate the public about mental health issues and thus reduce stigma. 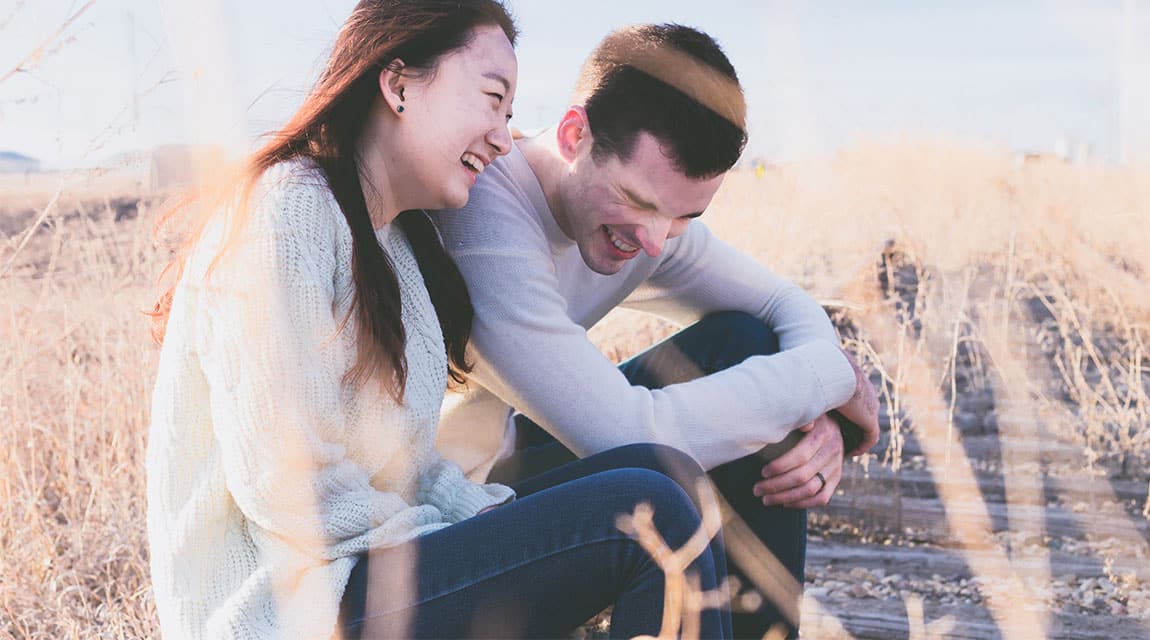 The study of laughter is called gelotology. Established in the late 1960s, this field of study examines the physiological and psychological effects of humor. Therefore, many researchers have found evidence of the healing power of laughter.

Below are a few highlights of the extensive research on laughter and mental health, including a number of studies involving teens and young adults.

This is only a sampling of the dozens of clinical studies that have been conducted on humor’s effect on mental and physical health. 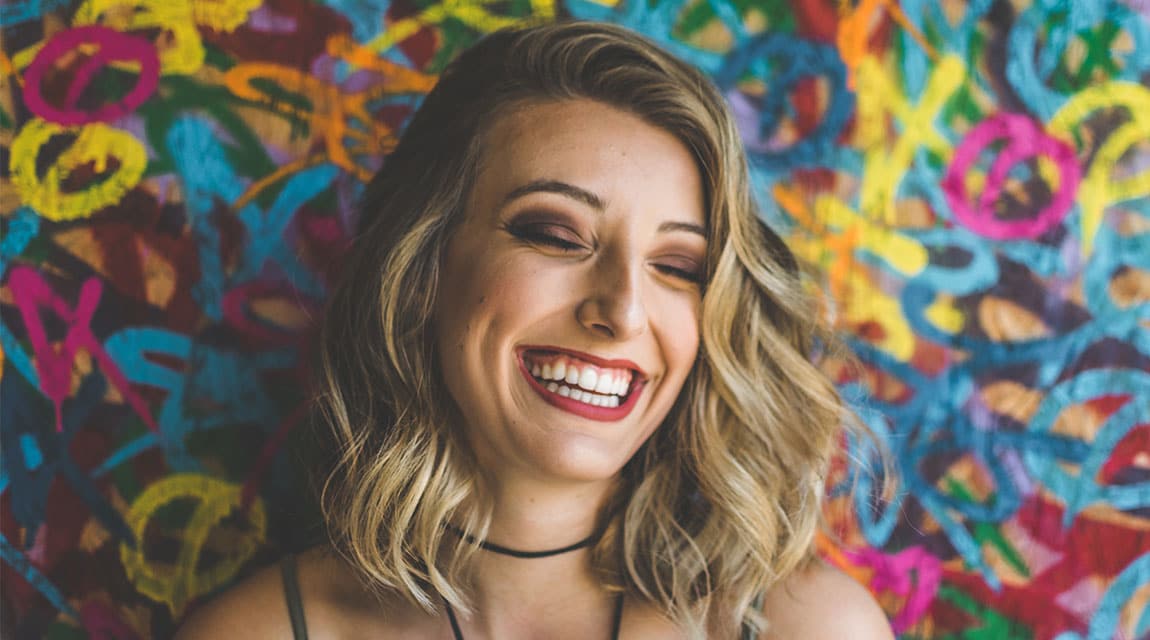 Making Yourself Laugh Works, Too

Typically, something makes us laugh, and then the benefits to the mind and body come next. However, it can also go the other way around. That is, when we decide to laugh or smile, even if it’s fake, the body responds as if it’s real. Therefore, we receive the same benefits, such as the release of endorphins in the brain.

In other words, simulated laughter can be just as good for your well-being as the real thing. A Georgia State University study found that incorporating simulated laughter into an exercise program helped improve older adults’ mental health, as well as their aerobic endurance.

Additionally, psychologist Steve Wilson started the World Laughter Tour, as a way to share the psychological and physiological benefits of humor and laughter. The World Laughter Tour promotes “laughter therapy” by offering programs, events, and training that teach people about the benefits of laughter for happiness and health. Participants learn to laugh without the aid of jokes. Eventually, the simulated laughter eventually turns into real laughter.

“Every day there is more news about the power of humor and laughter to heal us physically, mentally, emotionally, and spiritually. Every system of the body responds to laughter in some important, positive, healing way.”

Laughter Yoga, developed by physician Madan Kataria in Mumbai, India, is based on the idea that making ourselves laugh is beneficial for our health. It is a combination of breathing techniques, simple movements, and simulated laughter. Specifically, the sessions begin with exercises that mimic the physical activity of laughter.

Subsequently, the fake laughter transforms into genuine laughter. In part, this happens because hearing others laugh, even for no apparent reason, makes us laugh, too. A study with brain scans revealed that our brains respond to another person’s laughter by preparing our facial muscles to join in.

Moreover, Laughter Yoga’s impact on depression has been scientifically validated. Among other studies, research published in the International Journal of Geriatric Psychiatry found that Laughter Yoga was more effective than physical exercise in alleviating the effects of depression in older women. 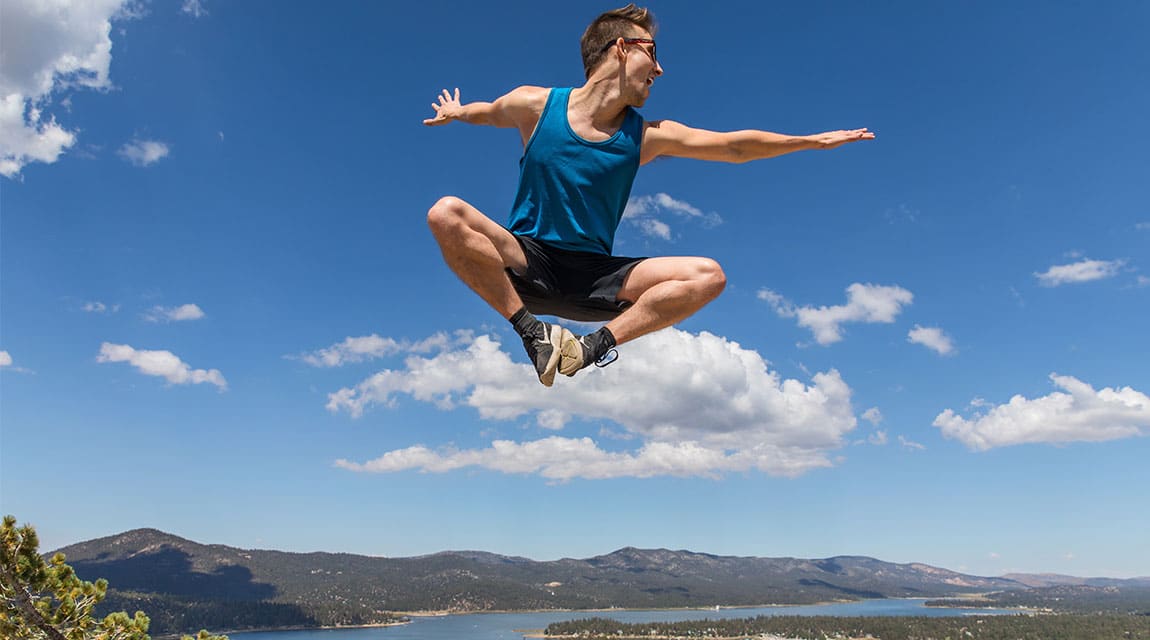 More than jokes, being with others makes us laugh. Robert Provine, a psychologist from the University of Maryland, found that we actually laugh most when talking to our friends. In fact, Provine found that we are 30 times more likely to laugh at something when we are with other people.

That’s good news, because laughter benefits our connections with others. In turn, stronger connections benefit our mental and emotional health. When we laugh with a friend or group of friends, the bonds between us get stronger. Laughter brings us together. Overall, humor and playfulness strengthen our relationships.

Moreover, laughter helps heal rifts or disagreements between people. Specifically, laughing with a friend or loved one helps us take ourselves less seriously. As a result, we become less defensive and less stuck in our own point of view.

In one study, psychologist Robert W. Levenson of the University of California at Berkeley asked couples to discuss something about their partner that annoyed them. Subsequently, some couples laughed and smiled while having the conversation. As a result, they not only felt better immediately, but also reported higher levels of satisfaction in their relationship. Furthermore, Levenson found that these couples stayed together longer.

In addition, laughing with another person creates what positive psychology researcher Barbara Fredrickson calls a micro-moment of positive connection. And positive, authentic connection is key for mental health. Therefore, our happiness levels go up when we laugh together. 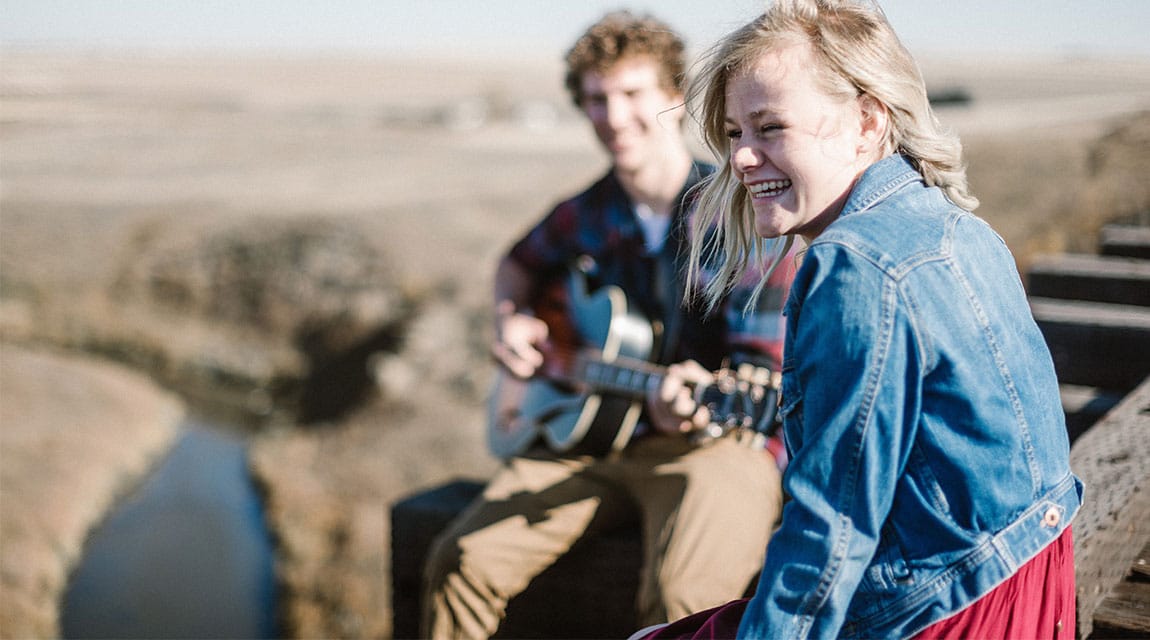 How to Bring More Laughter Into Your Life

Want more happiness in your life? Start by cultivating more humor and laughter. Here’s how.

Smile more. Like laughter, smiling is contagious. Furthermore, it has a positive effect on you and on the people around you. Try smiling more often at colleagues, friends, and even people you meet briefly.

Practice gratitude. When you consciously reflect on what you’re thankful for, your state of mind improves. Therefore, keep a gratitude journal or make a list of things you’re grateful for. Visualize that thing or person in your mind. Gratitude opens your mind and heart, and brings you closer to laughter and joy.

Go where the laughter is. Spend time with people who make you laugh. When you overhear laughter, butt in and find out what the joke is. Usually, people love to share what’s making them laugh.

Host a game night. Gathering your friends around a board game is a great way to get the laughter started. You can choose a humorous game if you want, but simply being together and being playful will catalyze laughter.

Get a pet (or look at pictures of one). Have you ever noticed that spending time with a playful pet makes you laugh more? Sometimes, just looking at the expression on your pet’s face is enough to make you smile or laugh. If you don’t have a pet, visit someone else’s—or look at pictures of cute cats and dogs doing silly things.

Tell jokes, and laugh at other people’s jokes. Bring humor into your conversations. Talk about what made you laugh today, or tell your favorite jokes. Other people will respond in kind. Therefore, make sure you laugh at their jokes, too.

Try Laughter Yoga. You read about the benefits of Laughter Yoga above—now try it yourself! Look for classes and workshops in your area.

It’s clear that laughter is good medicine for stress and depression. Moreover, it is free, has no side effects, and makes our lives more enjoyable. Finally, for better mental health, make sure something tickles your funny bone today, and every day!