Nobody likes to fail. But for a teenager, failure can feel like devastation.

When your ego and identity are still forming, what might seem like small failures to others can cause heartbreak and self-blaming for teens. Whether it’s rejection by someone they’re crushing on, a poor score on the SATs, or a loss in a varsity game, teenagers take failure hard.

However, the truth is that failure can offer much greater life lessons than success. But first, teens have to learn how to face failure head on. 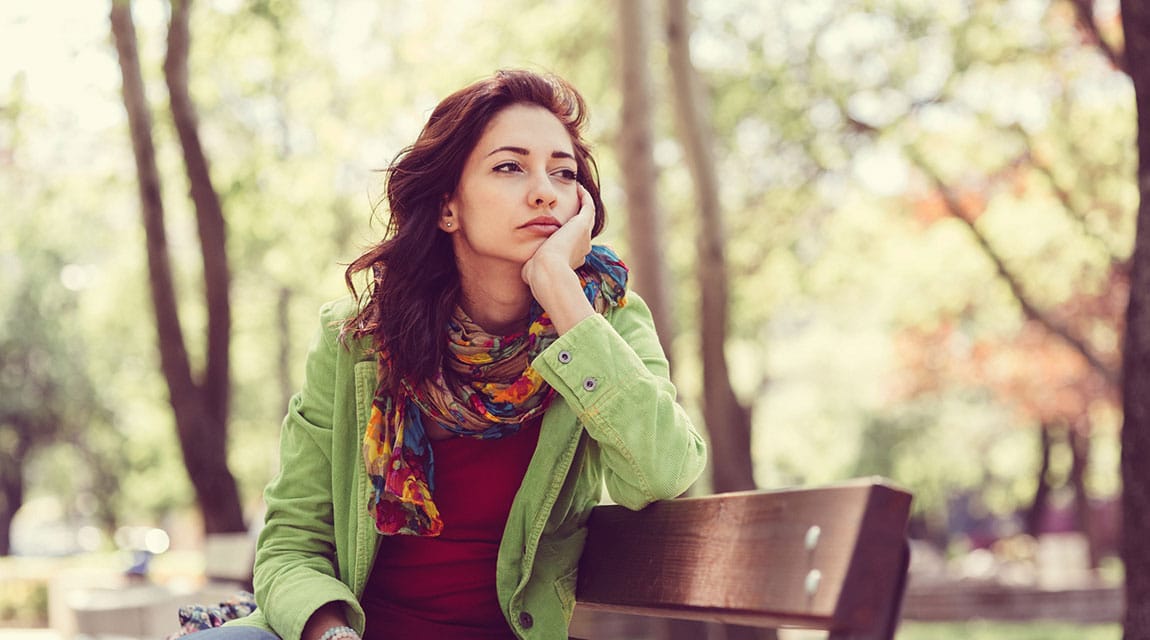 Why Is Failure So Scary?

There’s a word that means “fear of failure”: atychiphobia. Understandably, few teens are familiar with that word, but many of them experience it every day.

Why are teens so driven to succeed and so anxious about not achieving everything they set out to do? There are many reasons, including

Are Parents to Blame?

More than anything, parents want to protect their children from discomfort and pain, whether physical or emotional. Yet, by keeping hardships at bay, parents deprive kids of the sense of confidence and empowerment that’s created by overcoming a challenge.

In her book The Gift of Failure: How the Best Parents Learn to Let Go So Their Children Can Succeed, Jessica Lahey argues that helicopter parenting has resulted in young people who lack the essential skills for solving their own problems.

“Out of love and desire to protect our children’s self-esteem, we have bulldozed every uncomfortable bump and obstacle out of their way, clearing the manicured path we hoped would lead to success and happiness. Unfortunately, in doing so we have deprived our children of the most important lessons of childhood. The setbacks, mistakes, miscalculations, and failures we have shoved out of our children’s way are the very experiences that teach them how to be resourceful, persistent, innovative, and resilient citizens of the world.”

—Jessica Lahey, from The Gift of Failure

Children who don’t get the chance to deal with obstacles themselves grow up into teenagers who suffer from what’s known as “failure deprivation.” 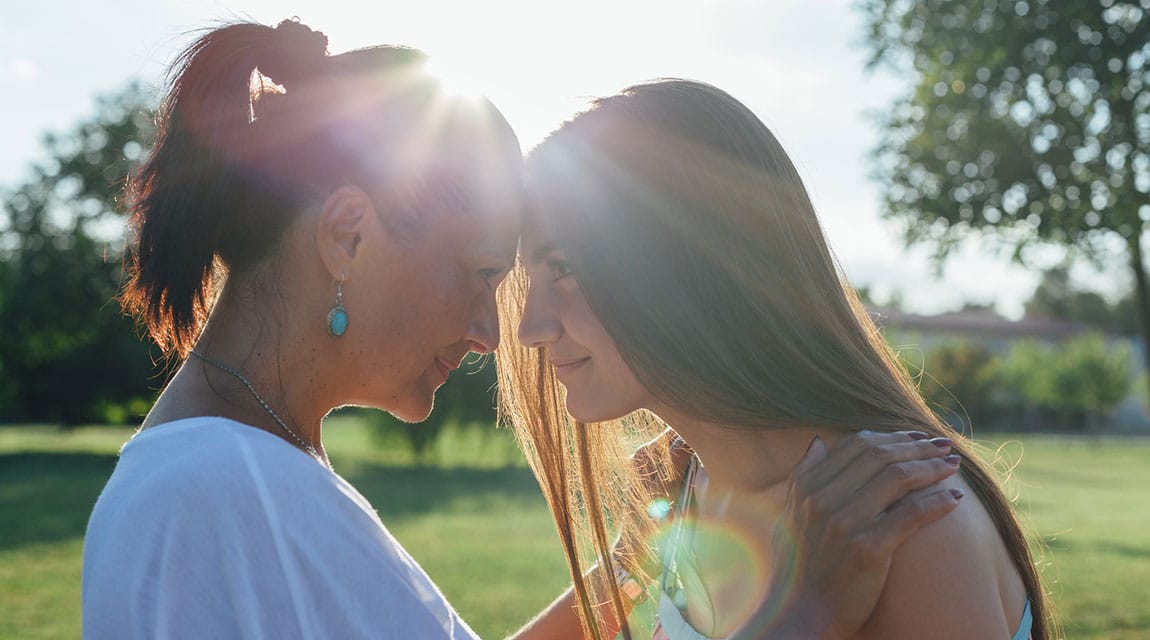 Faculty at Stanford and Harvard coined the term “failure deprived” a decade ago, to describe college-aged students who seemed to have difficulty coping with everyday struggles.

Moreover, they connected this lack of resilience with the mental health crisis occurring on American college campuses in recent years. 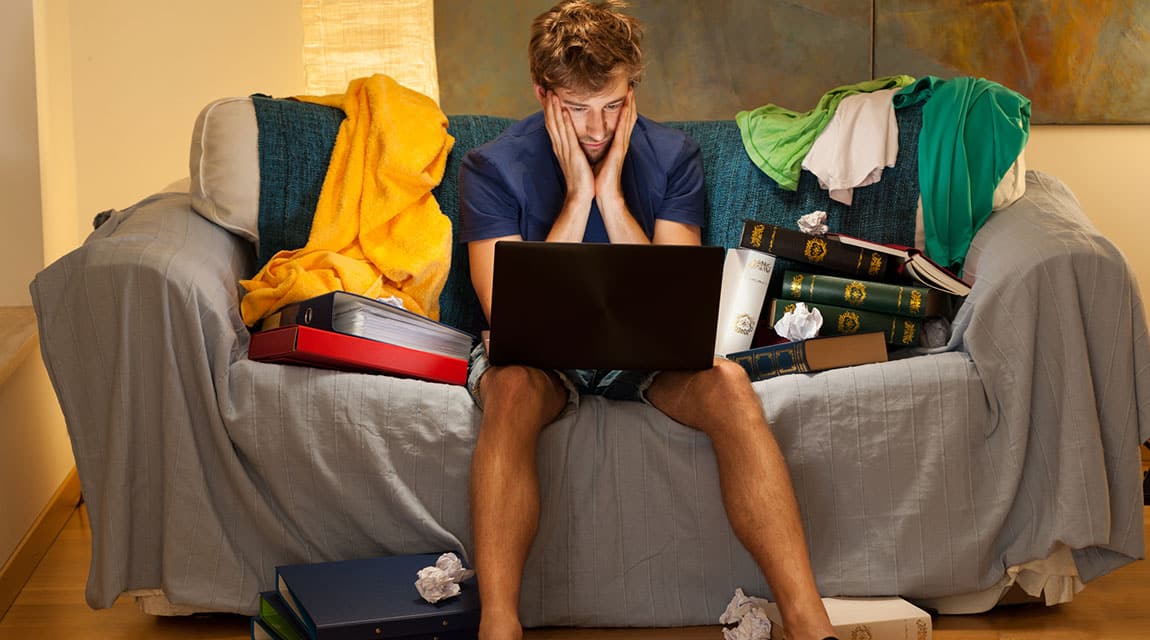 The 2016 report by the Center for Collegiate Mental Health drew from data submitted from more than 400 university and college counseling centers. A sampling of statistics from the report paints the following picture of the mental health of American college students. 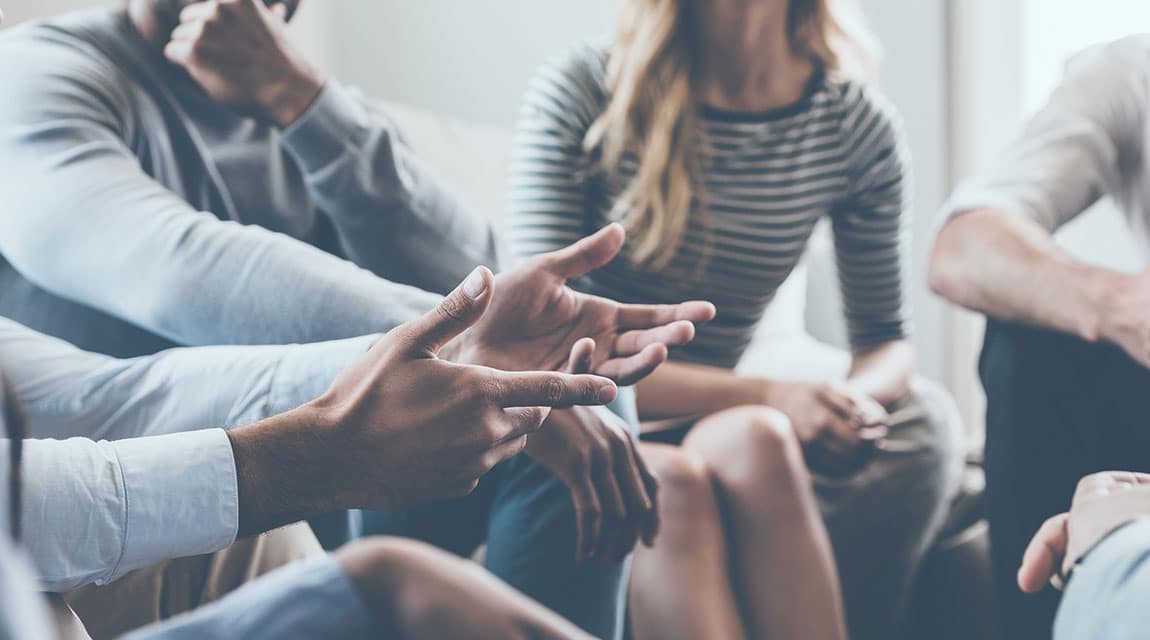 Could students’ inability to cope with failure be contributing to these troubling statistics? Colleges are trying to reverse the trend by finding new ways to normalize the common human experience of failing.

For example, Stanford’s Resilience Project uses personal storytelling, events, programs, and academic skills coaching to motivate and support students as they experience normal setbacks. The project’s goal is to “help change the perception of failure from something to be avoided at all costs, to something that has meaning, purpose, and value.”

At Smith College, a program called “Failing Well” aims to increase resilience by reminding students that “failure is not a bug of learning, it’s the feature. It’s not something that should be locked out of the learning experience,” in the words of Rachel Simmons, a leadership development specialist at Smith, quoted in a recent New York Times article. Therefore, students and professors discuss failure, risk-taking, and mistakes, and participants earn a “Certificate of Failure” when they complete the course.

Using failure as a path to growth is catching on in the business world, too. Thus, in 2009, a group of entrepreneurs founded FailCon, a one-day conference designed for sharing stories of what didn’t work, and studying how those failures can generate greater success. 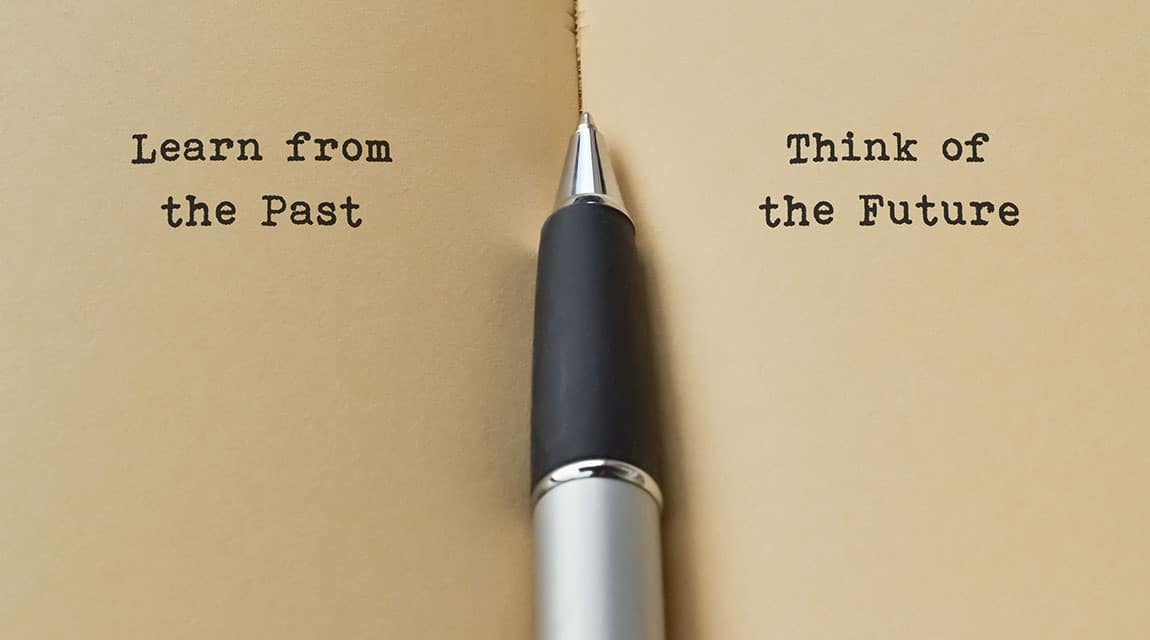 The Key Is How We React to Failure

We find success in failure when we use it as a learning experience and move forward with greater strength. Furthermore, what matters most is how we respond to what we perceive as failure. Therefore, parents need to be aware of this when supporting their children through challenging experiences.

“Not only is it important that kids fail, as that is inevitable, but even more important is how your teen reacts to perceived failure. What they do after a setback allows you to gauge self-esteem and resilience and then work to build on these attributes.”

If you’re a parent or teacher, observe how your child or student reacts to failure. Then ask yourself these questions:

If the answer to any of these questions is yes, then your teen may need to reframe how they’re looking at failure. 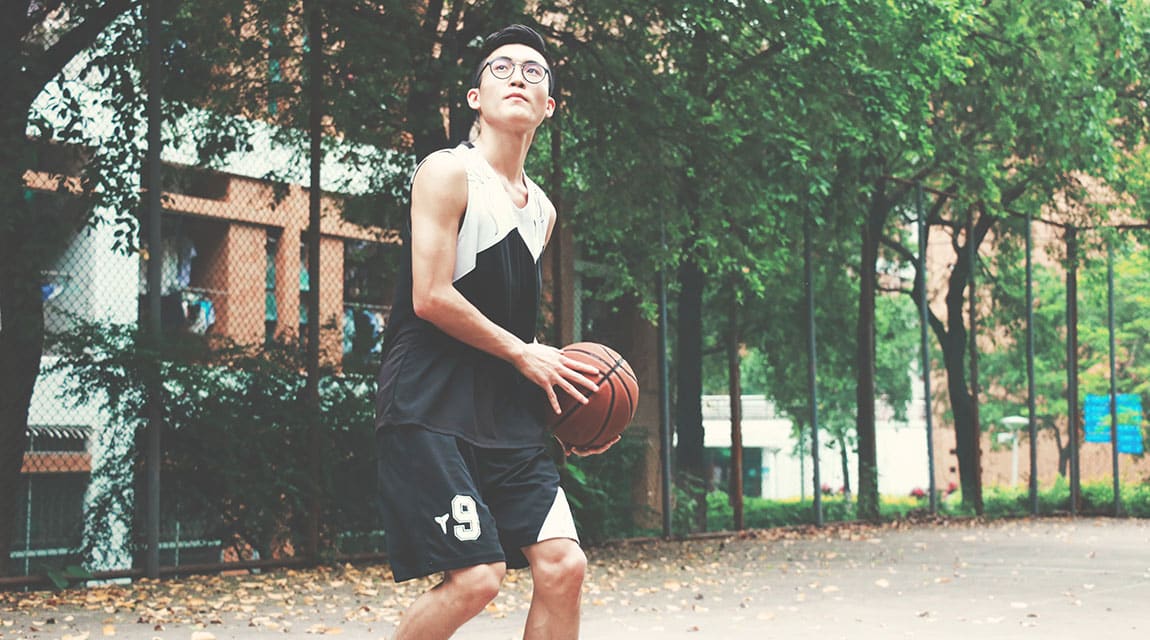 The Power of Grit

When we work toward a goal, experience failure, and keep on going, we’re building what’s known as grit.

Researcher Angela Duckworth defines grit as “perseverance and passion for long-term goals.” Her work has shown that people who possess grit are more successful over time. Furthermore, grit is a better predictor of success than talent.

But the important word here is long-term: It may be necessary to fall down and get up, again and again, in order to eventually achieve those goals.

“I worry about people who cruise through life, friction-free, for a long, long time before encountering their first real failure. They have so little practice falling and getting up again. I see a lot of invisibly vulnerable high-achievers stumble in young adulthood and struggle to get up again. I call them the ‘fragile perfects.’ Sometimes I meet fragile perfects in my office after a midterm or a final. Very quickly, it becomes clear that these bright and wonderful people know how to succeed but not how to fail.”

―Angela Duckworth, Grit: The Power of Passion and Perseverance

Grit is closely related to what Carol Dweck calls the “growth mindset.” People with a growth mindset see their abilities and intelligence as things that can be developed, rather than remaining fixed no matter what they do. Moreover, they see failure as a way to develop their abilities.

Dweck’s research shows that the way parents praise their children between the ages of one and three significantly impacts their mindset later in life. Specifically, children who are praised for their intelligence tend to become anxious about making mistakes. But when children are praised for their effort and persistence, they are more likely to enjoy pushing through difficulties.

“In the growth mindset, students care about learning. When they make a mistake or exhibit a deficiency, they correct it. For them, effort is a positive thing: It ignites their intelligence and causes it to grow. In the face of failure, these students escalate their efforts and look for new learning strategies.”

—Carol Dweck, “The Perils and Promises of Praise”

According to Dweck, it is possible to move from a fixed mindset (when you believe your talents and abilities are limited) to a growth mindset. Here are her three steps to cultivating a growth mindset. 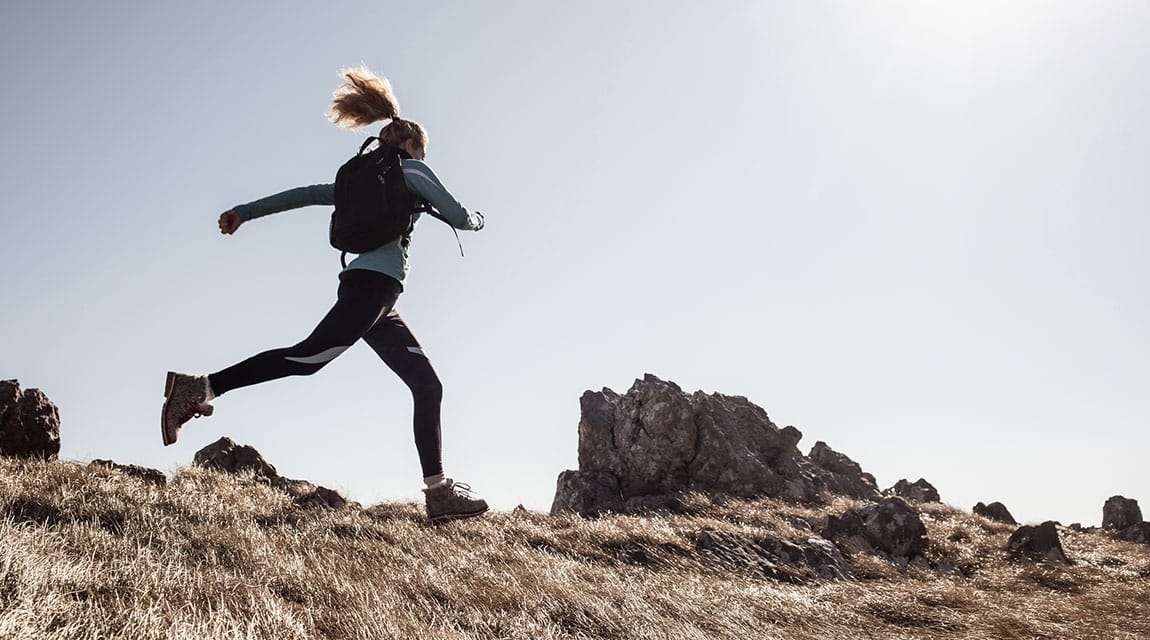 Research shows that people who treat themselves with compassion are more comfortable dealing with challenges and failures. In two studies of university students, researcher Kristin Neff, author of Self-Compassion: The Proven Power of Being Kind to Yourself, found that the students who were more self-compassionate had better emotional coping skills when confronted with academic failures.

“Instead of mercilessly judging and criticizing yourself for various inadequacies or shortcomings, self-compassion means you are kind and understanding when confronted with personal failings—after all, who ever said you were supposed to be perfect?”

When it comes to teen mental health, the good news is that teens have the ability to change the way they react to setbacks. Whether they learn to tap into grit, self-compassion, the growth mindset, or all three, it is possible for teens to change their relationship to failure—and thus become happier and healthier. 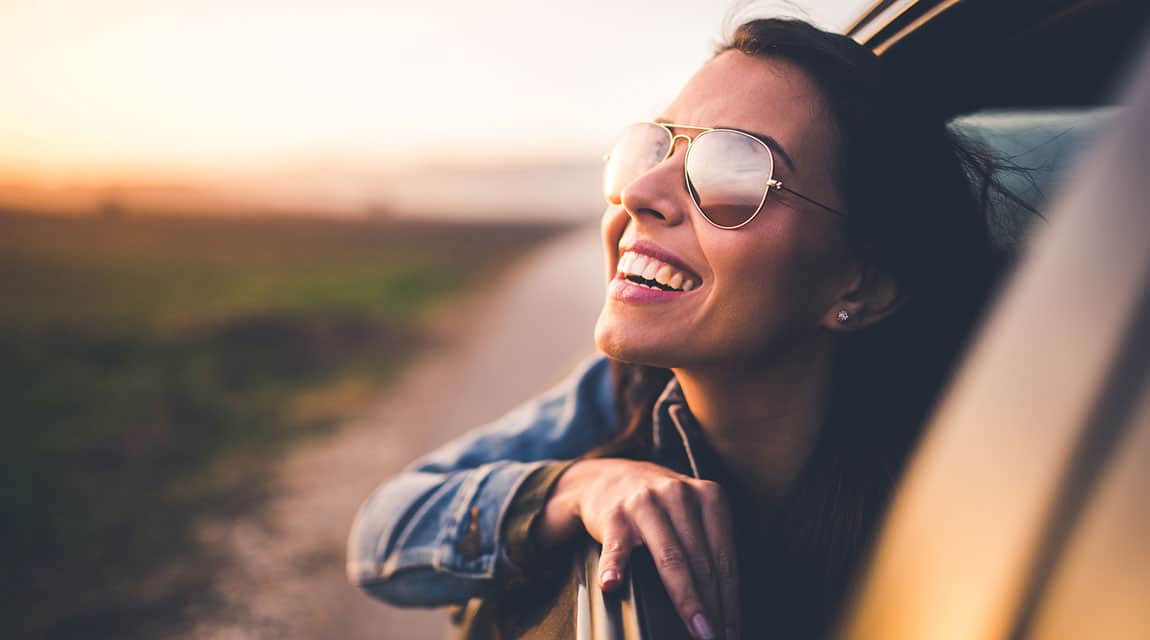