At Newport Academy, we love to encourage families to read together, especially mental health books. There are so many great mental health books out there that tell intriguing stories and inspire us. Our favorite books include memoirs and non-fiction in which amazing teachers open up about their own struggles and their journey to a happier life.

Reading is a wonderful activity for families because it creates common ground for discussions about important, sensitive topics. When parents and teens read the same books, they develop a shared language and shared references. That framework can help them talk about their own challenges as a family. 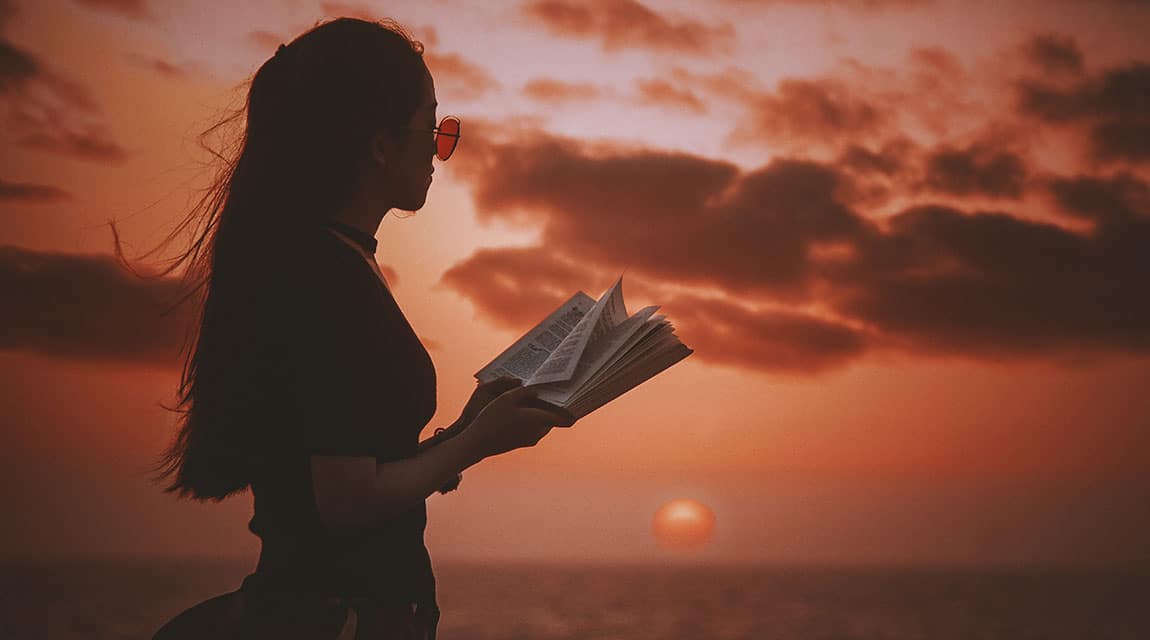 To get the whole family reading, try one or more of these strategies: 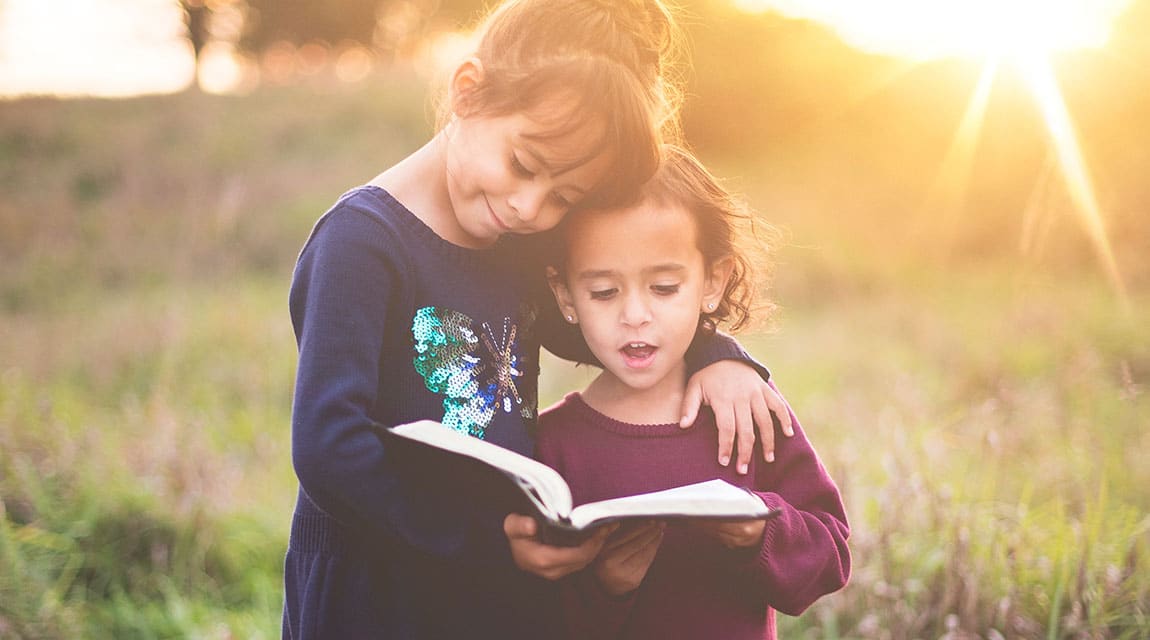 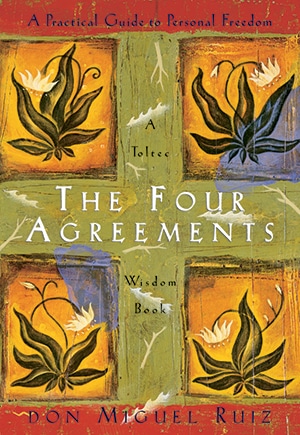 A New York Times best-seller for more than a decade, this book explains the four principles that can help us change our self-limiting beliefs and create more joy and happiness in our lives. The four agreements sound simple, but they have incredibly profound effects when we learn to practice them.

The four agreements are:

Though they are rooted in ancient philosophy, many of the ideas in this book are very similar to concepts used in contemporary psychology.

“Go inside and listen to your body, because your body will never lie to you. Your mind will play tricks, but the way you feel in your heart, in your guts, is the truth.”

Researcher Brené Brown spoke with people from all kinds of backgrounds and careers—including military leaders, CEOs, couples, teachers, and parents—to learn their stories of falling and getting up again. She was looking for the key to how people successfully regain their footing after struggles and losses. What she found is that it all comes down to facing our emotions and getting to a place of truth. 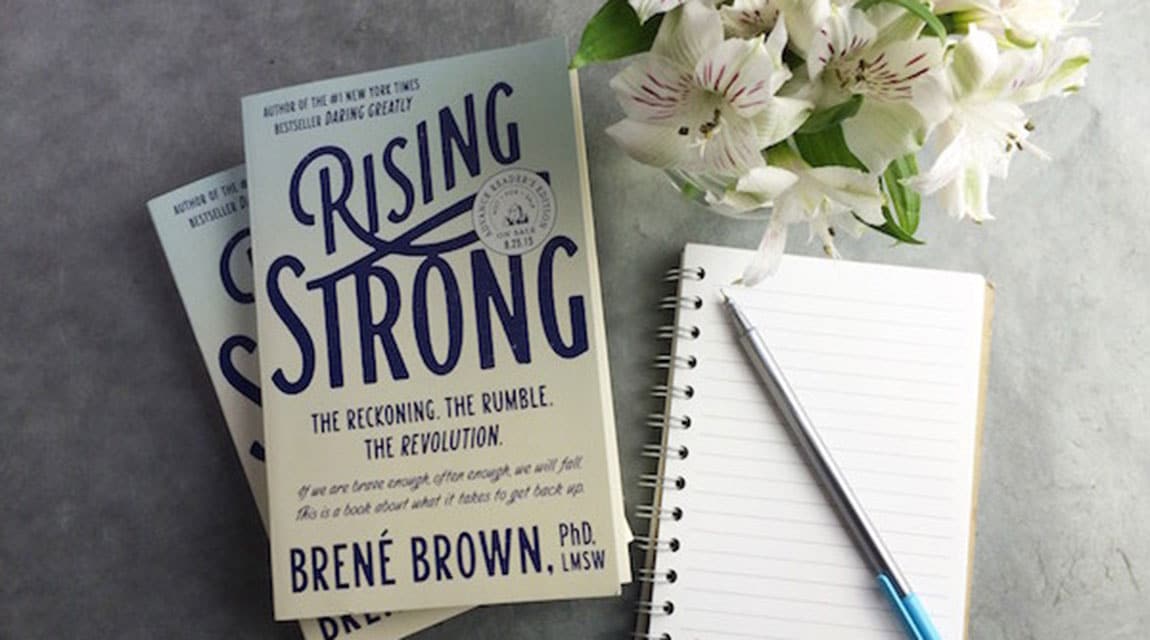 Brown deconstructs her discoveries into a user-friendly process, and even includes questions to ask yourself in order to get to that place of truth and self-understanding.

“When you reckon with emotion, you can change your narrative. You have to acknowledge your feelings and get curious about the story behind them. Then you can challenge those confabulations and get to the truth.”

Recovery 2.0: Move Beyond Addiction and Upgrade Your Life, by Tommy Rosen

Tommy Rosen found a path to sustainable recovery through yoga. Today, he is a yoga teacher and a pioneer in the use of mind-body practices for recovery. In this book, he shares his personal story of addiction and also lays out an approach to recovery that integrates yoga and meditation with the primary tenets of the 12-Step program.

“The feeling was electric—energy humming through my body. I felt like blood was pouring into areas of my tissues that it had not been able to reach for some time. It was relieving and healing, subtler than the feeling from getting off on drugs, but it was detectable and lovely, and of course, there was no hangover, just a feeling of more ease than I could remember.” 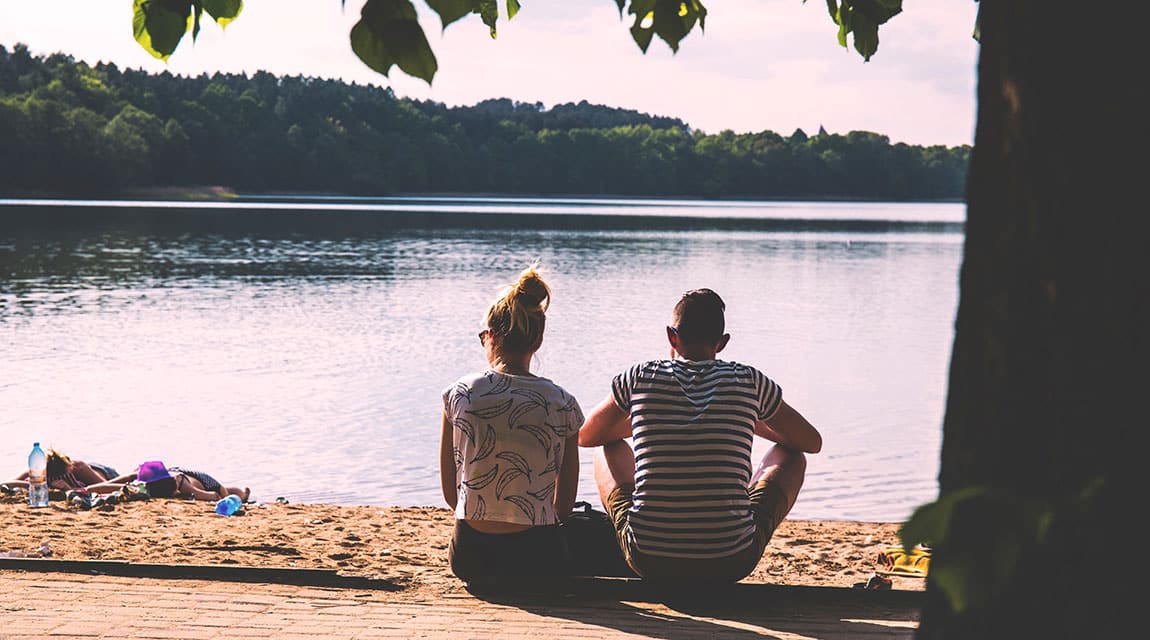 In the Realm of Hungry Ghosts: Close Encounters with Addiction, by Gabor Maté, MD 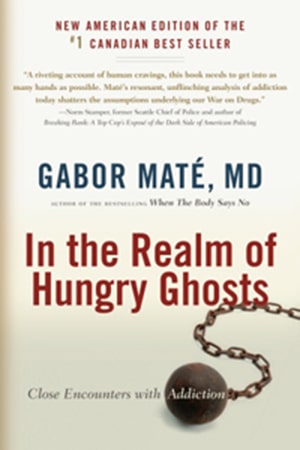 Gabor Maté, MD is a medical doctor who believes that addiction originates in trauma and loss. Emotional stress, he says, impacts the brain and body systems that trigger illness, including addiction. His groundbreaking work has found that the essential condition for healthy development is a child’s relationship with nurturing adults. In this book, he weaves together scientific research, personal stories, and an examination of societal issues. This book is a good choice for adults and possibly older adolescents, due to the scientific vocabulary and intense stories.

“Drug addicts are often dismissed and discounted as unworthy of empathy and respect. In telling their stories my intent is twofold: to help their voices to be heard and to shed light on the origins and nature of their ill-fated struggle to overcome suffering through substance abuse. They have much in common with the society that ostracizes them.”

—Gabor Maté, MD In the Realm of Hungry Ghosts

Buy In the Realm of Hungry Ghosts here. 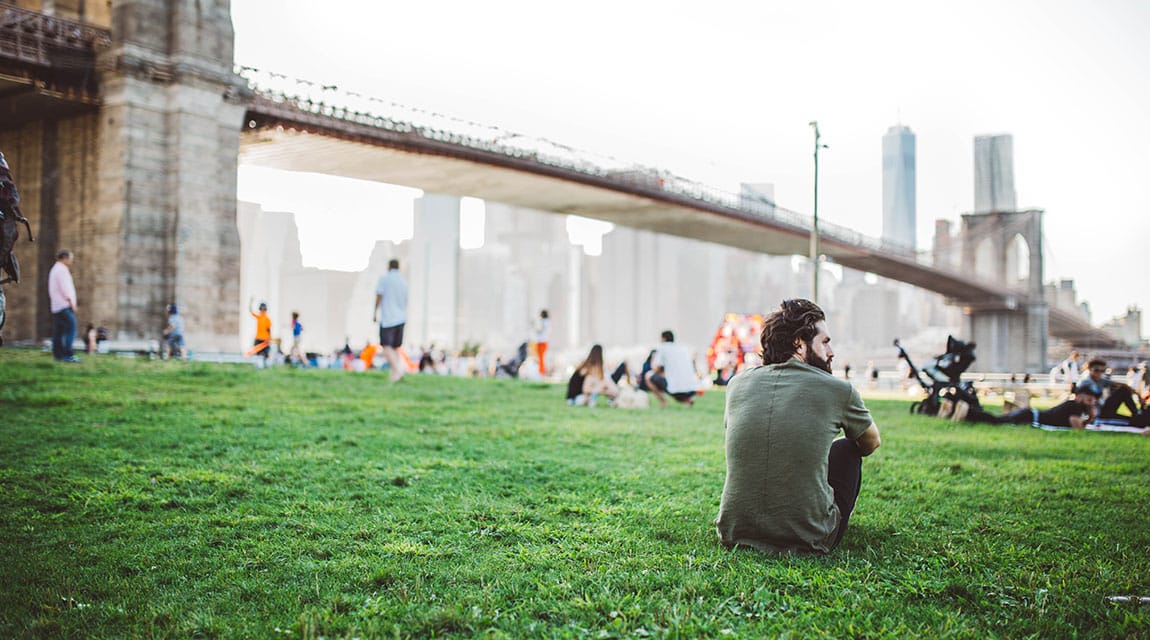 The Language of Letting Go: Daily Meditations on Codependency, by Melody Beattie 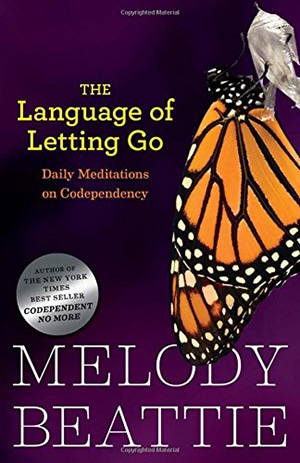 This book offers daily inspiration written especially for those in recovery from codependency or dependency of other kinds. The meditations offered focus on self-esteem, acceptance, serenity, and hope.

“The kindest and most generous behavior we can choose is taking responsibility for ourselves—for what we think, feel, want, and need. The most beneficial act we can perform is to be true to ourselves, and let others take responsibility for themselves.”

Self-Compassion: The Proven Power of Being Kind to Yourself, by Kristin Neff, PhD 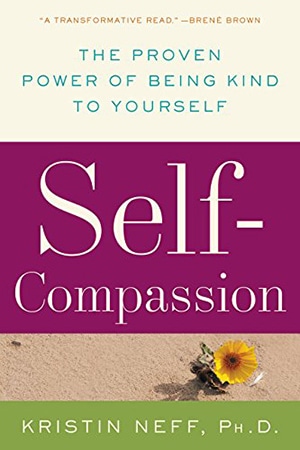 Even more than self-esteem, self-compassion has the power to help us achieve our potential and live a more fulfilled life. According to Neff, we can learn to end self-criticism and the multiple negative effects that come with it. Her research indicates that people who are compassionate toward their failings and imperfections experience greater well-being than those who tend to constantly judge themselves. This book offers exercises and action plans for moving toward self-compassion in all areas of life.

“Being human is not about being any one particular way; it is about being as life creates you—with your own particular strengths and weaknesses, gifts and challenges, quirks and oddities.” 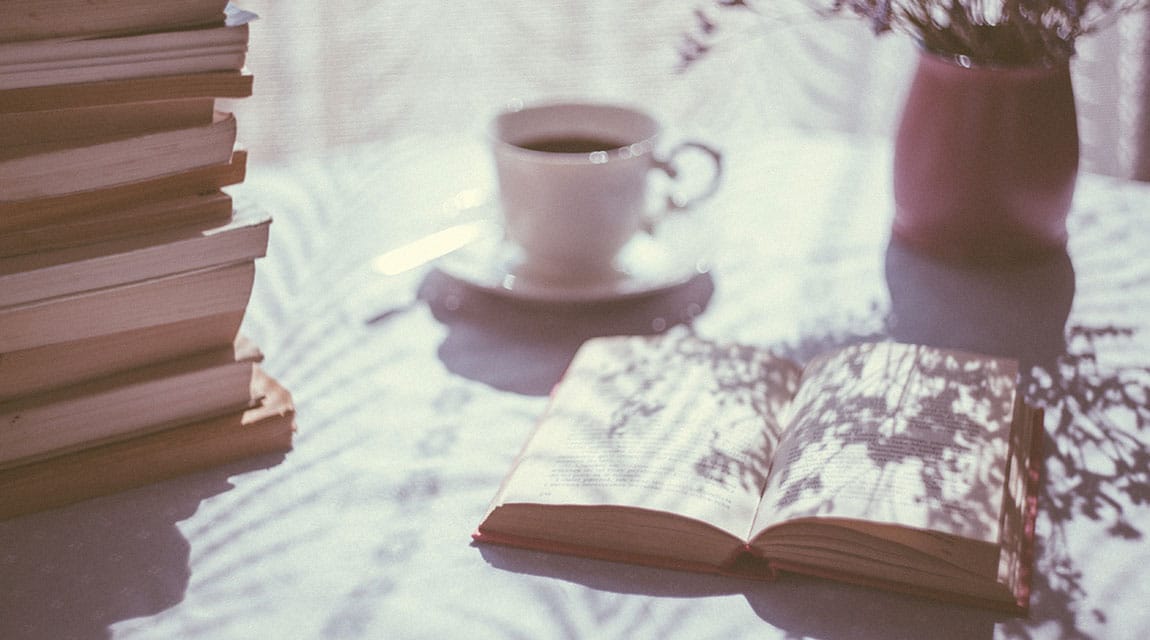 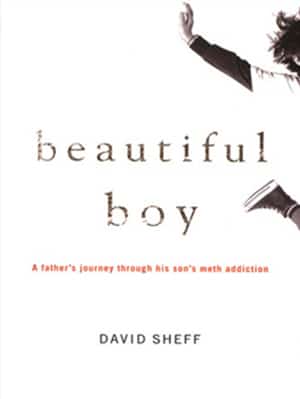 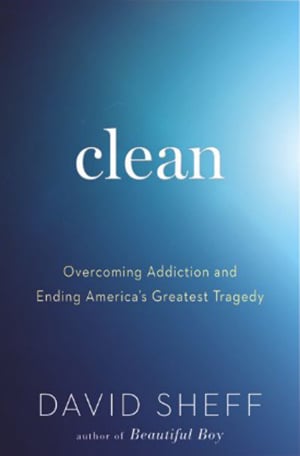 David Sheff is a journalist who navigated the devastation of his son Nic’s crystal meth addiction by exhaustively researching treatment options and by writing honestly about his experience as a parent. Beautiful Boy portrays the harrowing emotional rollercoaster of watching his son struggle and questioning his own role in Nic’s addiction. In his follow-up book, Clean, Sheff examines current approaches for addiction treatment and prevention—how they work and how they fail.

“Even as all the experts kindly tell the parents of addicts, ‘You didn’t cause it,’ I have not let myself off the hook. I often feel as if I completely failed my son. In admitting this, I am not looking for sympathy or absolution, but instead stating a truth that will be recognized by most parents who have been through this.”

Dharma Punx: A Memoir and Against the Stream: A Buddhist Manual for Spiritual Revolutionaries, by Noah Levine 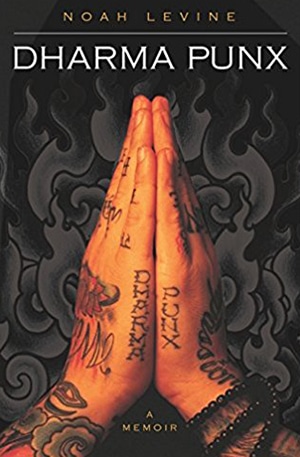 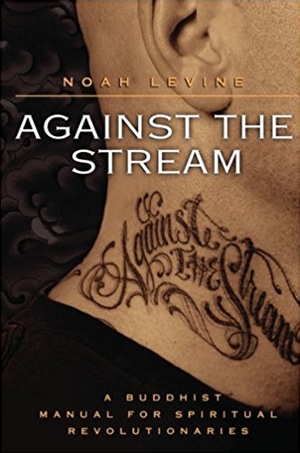 As a young man, Noah Levine tried to escape what he saw as “the lies of society” through punk rock, drugs, drinking, and anger. When he realized this self-destructive behavior was hurting rather than helping, he looked for ways to channel his feelings of rebellion into positive action. He embraced Buddhism (the spiritual tradition of his father, author and teacher Stephen Levine) and integrated its principles with the power of punk rock—creating a unique path to transformation.

He chronicled his story in Dharma Punx, and followed it up with Against the Stream, which relates the basics of Buddhism through personal anecdotes, exercises, and guided meditations.

“It’s easy to hate and point out everything that is wrong with the world. It is the hardest and most important work in one’s life to free oneself from the bonds of fear and attachment.”

Buy Against the Stream here. 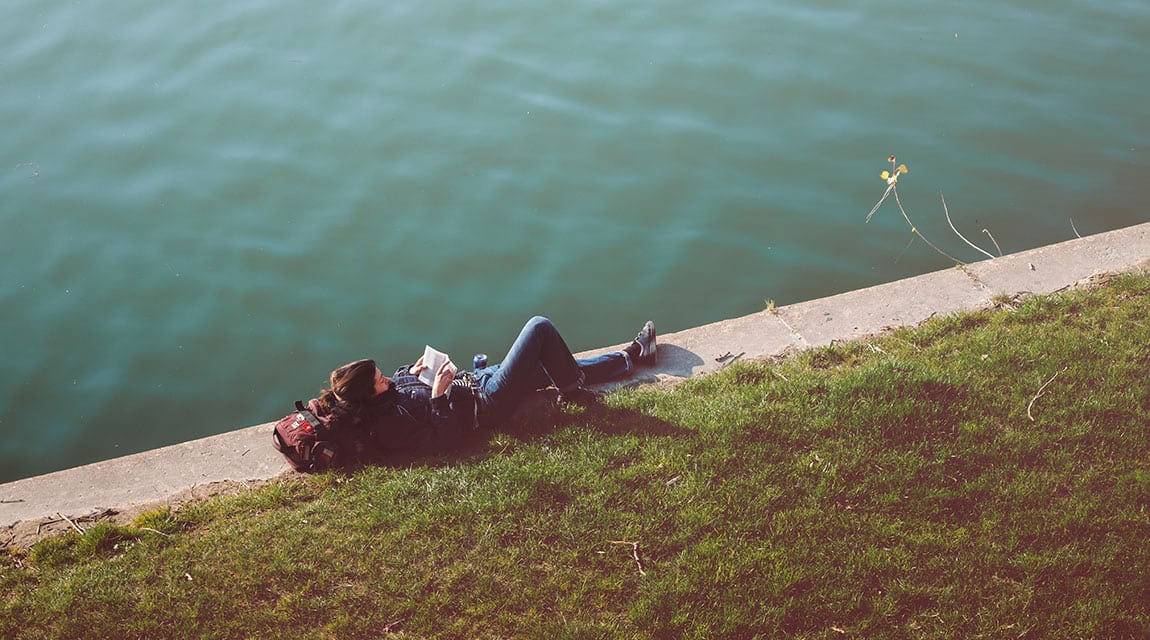