Parents are biologically hardwired to protect their children from harm. That’s why Munchausen by proxy syndrome is such a chilling disease. Parents with this disorder create symptoms of illness in their children in order to get attention.

As a result, they do real harm to their children in order to fabricate symptoms. Moreover, the children may receive unnecessary and often dangerous treatments. Therefore, they can become seriously ill and even die.

For example, in one famous Munchausen by proxy case, a woman named Lacey Spears caused her son Garnett’s sickness. She poisoned him with salt delivered through a feeding tube. Hence, he died in 2014, at age 5. Subsequently, Spears was found guilty of second-degree murder. Furthermore, she was sentenced to 20 years to life in prison. This is just one of many similar cases.

What Is Munchausen Syndrome?

In addition, people with the disorder are not motivated by the desire for money or other material goods. In fact, they are primarily seeking attention. Therefore, they make up sicknesses that gain the attention of healthcare workers, friends, and online supporters.

The Diagnostic and Statistical Manual of Mental Disorders notes that this disorder is different from malingering. In cases of malingering, individuals fake illness to benefit financially, to avoid legal trouble, or for other self-protective reasons.

Munchausen syndrome is named for Baron Frieherr von Munchausen, an 18th-century German cavalry officer. The baron was known for exaggerating his life experiences. He became famous after a collection of his tales was published.

Today, Munchausen syndrome is also referred to as “factitious disorder.” Moreover, it is sometimes called Munchausen’s syndrome or Munchausen disease.

This mental disorder can manifest in two ways:

People with Munchausen syndrome, or factitious disorder imposed on self, fake their own physical or mental issues. They do so in order to get attention. Furthermore, individuals with Munchausen sometimes falsify psychological symptoms or illnesses, such as schizophrenia. For example, they might pretend to hallucinate or hear voices. They are even willing to undergo painful or risky tests and operations. Again, their motive is to obtain special attention from others.

But in cases of Munchausen syndrome by proxy, individuals with the disorder fabricate diseases in others, usually children. These disorders can include failure to thrive, allergies, asthma, vomiting, diarrhea, seizures, and infections. Moreover, they can include cancer, chronic disease, stomach problems, and other serious health conditions.

Their victims can be anyone in their care—including children, elderly adults, disabled people, and pets. Mothers are most likely to receive a Munchausen syndrome by proxy diagnosis. However, fathers can also suffer from the disorder. As a result, Munchausen by proxy is considered a form of child abuse. In fact, healthcare experts describe it as “medical child abuse.”

How Common Is Munchausen Syndrome?

However, there are no reliable statistics regarding the total number of people in the United States who suffer from this disorder. That’s because individuals with Munchausen’s are likely to lie about it. They insist that their false symptoms are real. Moreover, they often seek treatment for themselves or their children at many different healthcare facilities. Therefore, the statistics are misleading.

Children can also suffer from Munchausen syndrome imposed on self. But this disorder most often affects young adults.

How to Spot Munchausen Syndrome by Proxy

Often, it’s difficult to identify people with Munchausen syndrome by proxy. In fact, healthcare workers usually do not suspect. That’s because the mother or caregiver appears to be loving, caring, and very concerned about her child’s illness.

However, in truth the individual is deliberately making the child’s symptoms worse. Often, people with Munchausen by proxy are healthcare workers. Therefore, they know how to induce particular symptoms in their children. Therefore, their doctors are unable to diagnosis a specific illness.

Caregivers with Munchausen’s syndrome by proxy create or exaggerate a child’s symptoms in several ways. These include:

If an individual has factitious disorder imposed on self, they induce symptoms in themselves using any of the above methods. 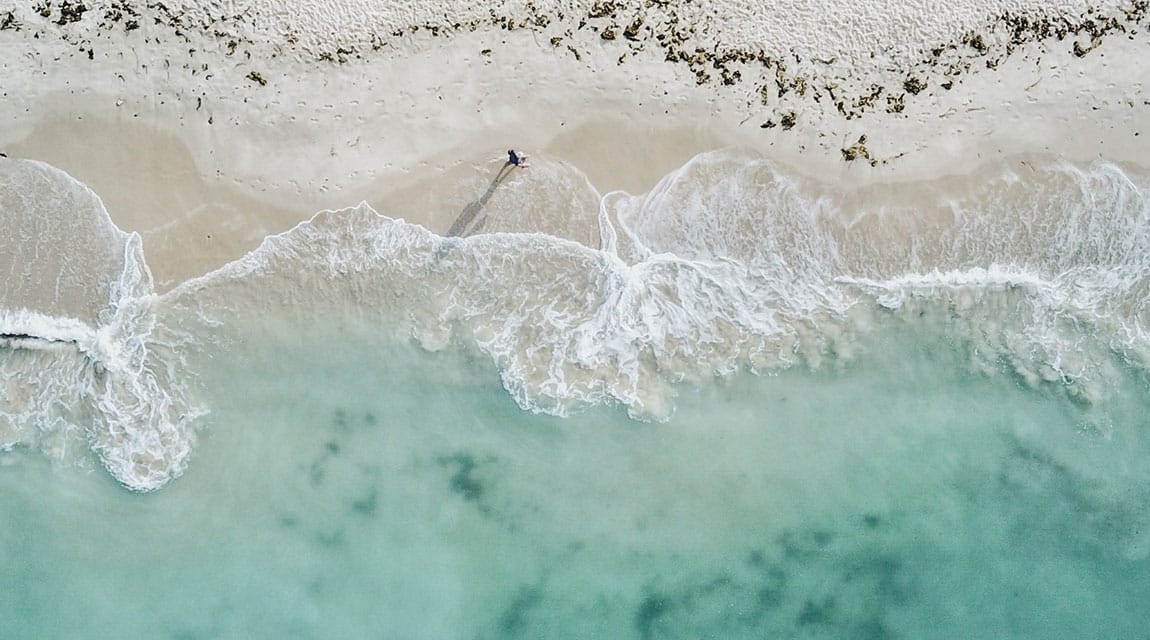 Signs of Munchausen Syndrome by Proxy

Parents or other caregivers with Munchausen by proxy syndrome have common traits. They may demonstrate many of these characteristics:

Moreover, people with Munchausen syndrome lie about what they’re doing. In fact, they often continue to deny what they’ve done even after being discovered.

Therefore, doctors first rule out any actual mental or physical illnesses. Next, they use a variety of tests and procedures to determine whether they can make a Munchausen diagnosis.

Symptoms of Munchausen Syndrome by Proxy

The immediate cause of Munchausen syndrome is the individual’s desire for attention and sympathy from doctors, nurses, and other healthcare professionals. In addition, individuals with the disorder may find satisfaction in deceiving people they think of as important and powerful—such as doctors and psychiatrists.

Moreover, people with Munchausen syndrome or Munchausen by proxy also enjoy the caring and sympathy of online communities. Because they are at a distance, online supporters don’t become suspicious the way that family members might. Parents with Munchausen’s by proxy often manage to procure free gifts and trips for their “sick” children.

The underlying causes of Munchausen’s are less clear. Researchers believe it may involve one or more of the following:

Moreover, research shows that individuals with factitious disorder imposed on self often suffer from substance abuse. In addition, they have a higher likelihood of committing suicide.

What Happens to the Victims of Munchausen by Proxy?

Once a parent or caregiver is charged, the child’s symptoms may increase. That’s because the accused individual is attempting to prove the presence of the illness. Therefore, child protective services may remove the child from the home.

In some cases, the parent or caregiver denies the charges. Moreover, they may move to another location in order to continue the behavior. Hence, the child will still be in danger. 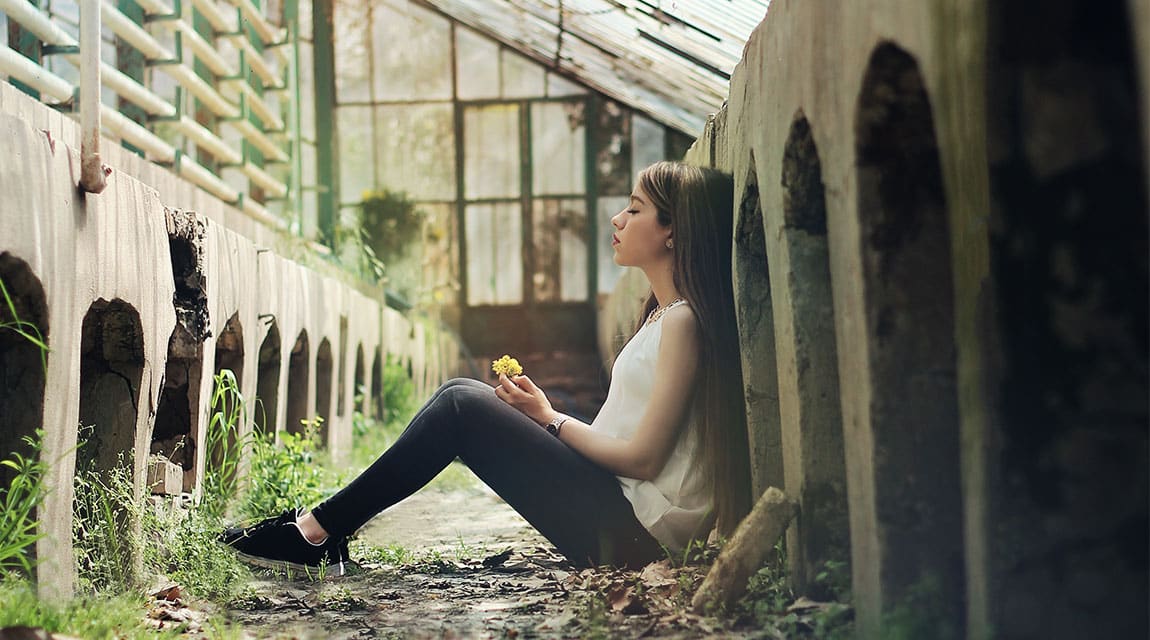 There are many famous cases of Munchausen syndrome. Perhaps the most publicized recent case is that of Dee Dee Blanchard. Blanchard kept her daughter Gypsy in a wheelchair throughout her life. In addition, Blanchard claimed Gypsy had leukemia, muscular dystrophy, and other ailments. Gypsy was convicted for the murder of her mother in 2015.

In 2013, Blanca Montano was found guilty of child abuse under circumstances likely to cause death or serious injury. Authorities accused her of contaminating her infant daughter’s IV lines with fecal matter. This led to repeated bacterial infections.

Hope Ybarra of Texas kept a blog chronicling her journey with cancer. Hence, she received constant well wishes, money, and gifts. However, she never had cancer. Moreover, she also fabricated illnesses in her children. She later confessed that she poisoned her youngest daughter with pathogens stolen from her workplace that caused anaphylactic shock. Moreover, she used nasal spray to manipulate test results for cystic fibrosis.

In another Munchausen by proxy case, nine of Marybeth Tinning’s children died young. Eight of the deaths were suspicious. Subsequently, Tinning confessed and was given a prison sentence of 20 years to life.

These are a just of few of the many documented cases of Munchausen syndrome by proxy. In addition, there are many disturbing stories of people who inflict harm on themselves.

The first step in Munchausen syndrome treatment is to stop the individual’s dangerous actions toward themselves or others.

Subsequently, psychotherapy is the most effective treatment for addressing the root causes of this disorder. However, most individuals with Munchausen syndrome refuse to admit that they have the disorder. Moreover, people with Munchausen’s by proxy usually deny that they did anything wrong. Thus, they resist treatment. Hence, therapy will not be effective.

If the individual does agree to treatment, approaches might include the following:

Cognitive-behavioral therapy: This modality seeks to change the thinking and behavior of the individual. They learn to channel negative emotions in ways that do not involve harming themselves or their children.

Therapy for related conditions: Individuals with Munchausen syndrome may benefit from treatment for associated mental health conditions. These include depression, anxiety, and personality disorders.

Medication is not effective for factitious disorders. Sometimes, doctors may prescribe medication for related conditions. However, individuals with Munchausen’s must be closely monitored when taking medication. That’s because they may use it inappropriately to harm themselves or others.

To summarize, Munchausen syndrome and Munchausen by proxy syndrome are rare but extremely serious disorders. Healthcare professionals and those who work with children need to be aware of the symptoms. Hence, they can protect children from harm.