Racism and racial bias aren’t easy topics to discuss with teenagers. But it’s important for parents to learn how to talk about race, because teens often have questions about racism and how it impacts us as individuals and as a society. That may be especially true for many teens right now, following Derek Chauvin’s conviction for the murder of George Floyd and the recent increase in attacks on Asian-Americans across the US during the COVID pandemic.

As the Black Lives Matter movement becomes increasingly understood and supported, and our country takes steps toward greater equity and inclusion, families will benefit from having open, compassionate conversions about these challenging issues facing our society. Rather than focusing on guilt, anger, blame or defensiveness, parents should feel empowered to learn more, to share their understanding with their children and to help them become a part of the solution. Here we offer a place to start.

Why We All Have to Talk About Race

Experts note that the option to avoid discussions about race with kids is in itself a form of white privilege—an advantage that white people experience simply because they are white. They can choose not to bring up these difficult topics for fear of upsetting their children.

By contrast, Black teenagers and parents of Black children in the United States usually begin to talk about race and racism much earlier than the teenage years. That’s typically because Black children have had direct experiences of racism and racial bias, and need to understand how racism is affecting and will affect their lives.

However, it is never too late for white parents to begin educating themselves and their children about racial bias, systemic racism, and the history of racism. “Not talking about race causes children to come to a lot of harmful, problematic, and factually inaccurate conclusions,” says sociologist Dr. Margaret Hagerman, who spent two years studying 30 affluent white families in a Midwestern community for her book White Kids: Growing Up with Privilege in a Racially Divided America.

In order to create a better world, everyone must participate in this conversation and learn how to fight racism both within themselves and in society.

Begin by Looking Within

Having a talk about race with teens may be more fruitful if parents do some self-reflection and self-education beforehand. For example, parents can look back at the attitudes about race that were held in their family of origin. Moreover, they can examine their own behavior, and consider the ways in which their actions might reveal bias against BIPOC.

Sometimes white parents begin addressing teens’ questions about racism before they’ve done much thinking or research on the subject. And that’s okay. Know that this is an ongoing discussion, not just one conversation. Therefore, parents can take time to read books about racism and listen to podcasts, and then return to the discussion with additional clarity and information. Moreover, they can research and recommend age-appropriate resources for teens.

In addition, white parents can work with any defensiveness or resistance they may hold around the concept of racial bias. What is racial bias exactly? Let’s look at that term, as well as some additional definitions that can be helpful in understanding how to talk about race. 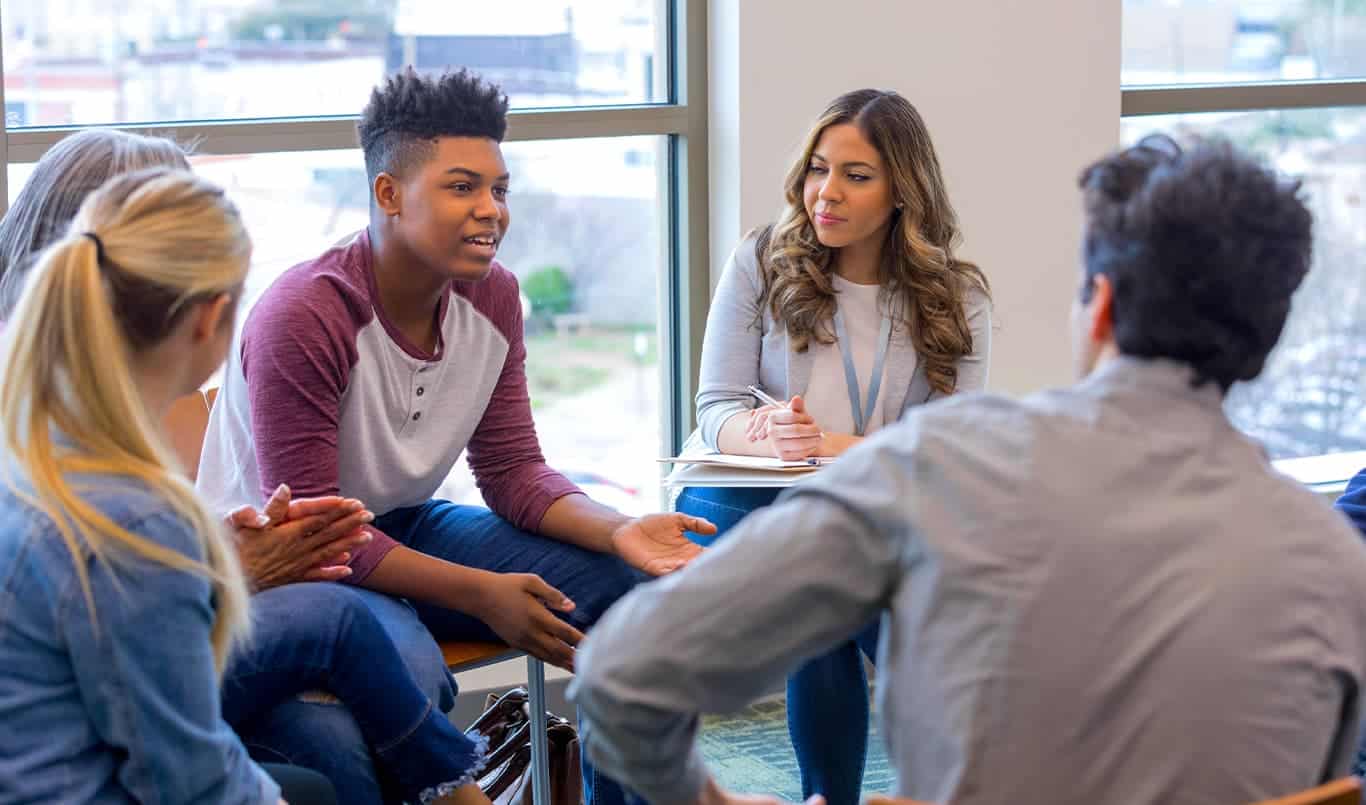 Educate Yourself: What Is Racial Basis?

Before we look at the definition of racial bias, let’s start with the word “race.” It may seem obvious, but it’s often not fully understood. According to the anti-hate organization ADL, race refers to the “categories into which society places individuals on the basis of physical characteristics (such as skin color, hair type, facial form and eye shape). Though many believe that race is determined by biology, it is now widely accepted that this classification system was in fact created for social and political reasons. There are actually more genetic and biological differences within the racial groups defined by society than between different groups.”

The term racial bias, therefore, refers to a preference for or against an individual or group that affects one’s beliefs or judgments about them. Intentional, conscious bias is known as explicit bias. Bias can also be unintentional. Implicit bias refers to the unconscious attitudes, stereotyping, and actions (whether positive or negative) taken toward members of a specific group because of their membership in that group.

Learn About Active vs. Passive Racism

Surveys from the Pew Center for Research show that as a result of societal conditioning, the majority of white people in this country may have some implicit racial bias. Implicit bias is similar to what experts call “passive racism.” To illustrate passive racism, Beverly Tatum, author of Why Are All the Black Kids Sitting Together in the Cafeteria? And Other Conversations About Race, uses the metaphor of a moving walkway or conveyor belt, like the ones you see at an airport.

In order to effectively fight racism, therefore, it’s important for white people to reflect on their implicit bias and begin taking action to change their conditioned responses. When parents are able to role-model this behavior and talk openly with their teens, the family can work together to combat implicit bias.

“White Americans have to teach our white kids how to identify with that experience [of racism] and how to be good friends to black and brown youth as they grow up. And that requires us teaching them about racism and modeling anti-racism, which is something a lot of white Americans really struggle with, even when we think we want to.”

Familiarize Yourself with Terms to Use When You Talk About Race

Here are a few more terms that parents can familiarize themselves with, and use when talking about race with teens.

Ally: A person who speaks out or takes action to support someone who is targeted by bias

Marginalization: Treatment of a person, group, or idea as inferior or unimportant as compared to those who hold more power in society

Microaggressions: Put-downs and insults—including unintentional comments or even compliments—that people of color and other marginalized people experience on a daily basis. They are less noticeable than overt aggression like bullying, but are also harmful.

White privilege: The advantages and benefits that white people experience solely as a result of their skin color—benefits that are not experienced by BIPOC

In addition, the meaning of racism vs. prejudice is sometimes confusing for people. Prejudice refers to a judgment or belief about a person or group of people that is not based in facts or knowledge. Racism is prejudice against people because of their race.

Activate Compassion and a Growth Mindset

When talking about race with teens, emphasize compassion—not only compassion for others, but also self-compassion. There’s nothing to be gained by punishing ourselves for our implicit biases or lack of knowledge about racism. Once we put self-blame and guilt aside, we can more effectively learn and change, and this is true of teens as well as adults. Moreover, this is known as a growth mindset. With growth mindset, we learn and evolve as a result of challenges and failures, rather than letting them define us or hold us back.

In addition, practicing empathy—imagining what someone else is thinking and feeling in a particular situation—can significantly reduce our unconscious racial bias. Hence, watching shows and reading books about BIPOC and their experiences, can help teens put themselves in others’ shoes. Here’s a list, created specifically for teens. of 70+ books, movies, playlists, and community activism ideas.

In summary, starting a conversation about race and racism with a teen may be challenging, but that’s not a reason to avoid it. An open discussion between teens and parents can be a powerful first step in fighting racism and creating a more hopeful future.