We all love best-of lists, especially at the end of a decade. But there’s a reason why Spotify’s list of top songs of the past 10 years has garnered so many viewers and listeners since its release on December 3. Even more than movies, books, or TV, music has the power to tap directly into our memories and emotions. As the 2010s draw to a close, our favorite songs already feel nostalgic, transporting us to other times, places, and versions of ourselves.

Ranging from Drake at number one to Eminem at number 50, Spotify’s most-streamed songs list serves as an audible yearbook of sorts for all ages, triggering associations and recollections. If you listened to Gotye’s “Somebody That I Used to Know” (number 4 on the Spotify top songs list) over and over again after a breakup, or Carly Rae Jepsen’s “Call Me Maybe” (number 12) when you were crushing on someone, those songs can still bring all of that back in an instant.

Moreover, the music we listen to influences not only the way we feel, but also the way we act. Teens (and adults) may want to keep that in mind when choosing a playlist or a destination on New Year’s Eve!

Music, Emotions, and the Brain

According to neuroimaging studies, music directly impacts the areas of the brain that are most closely associated with emotion. These include the amygdala, the hippocampus, and the neuro-pathways that transmit dopamine. Furthermore, a study done with electroencephalograph data found that emotional responses are activated or enhanced in response to changes in the music—such as the introduction of a new instrument or motif, or an increase in pitch, volume, or tempo. This might help explain why certain songs bring up more emotions.

In addition, scientists theorize that listening to music may activate what’s known as mirror neurons—the neurons that respond to what we see others doing or feeling. Hence, when we hear a singer whose voice conveys deep emotion, we can more easily access that emotion ourselves.

The mirroring response also catalyzes a greater sense of connection and community. “Contrary to what people think, sad music doesn’t make you sad,” says Tim Ringgold, MT-BC, Music Therapist at Newport Academy. “It shows you that you’re not alone.” Research bears him out: One study found that listening to sad music actually evokes positive feelings in listeners, in part because it provides a safe container in which to experience their emotions. Another study found that sad music evokes a mix of pleasure, pain, and comfort. 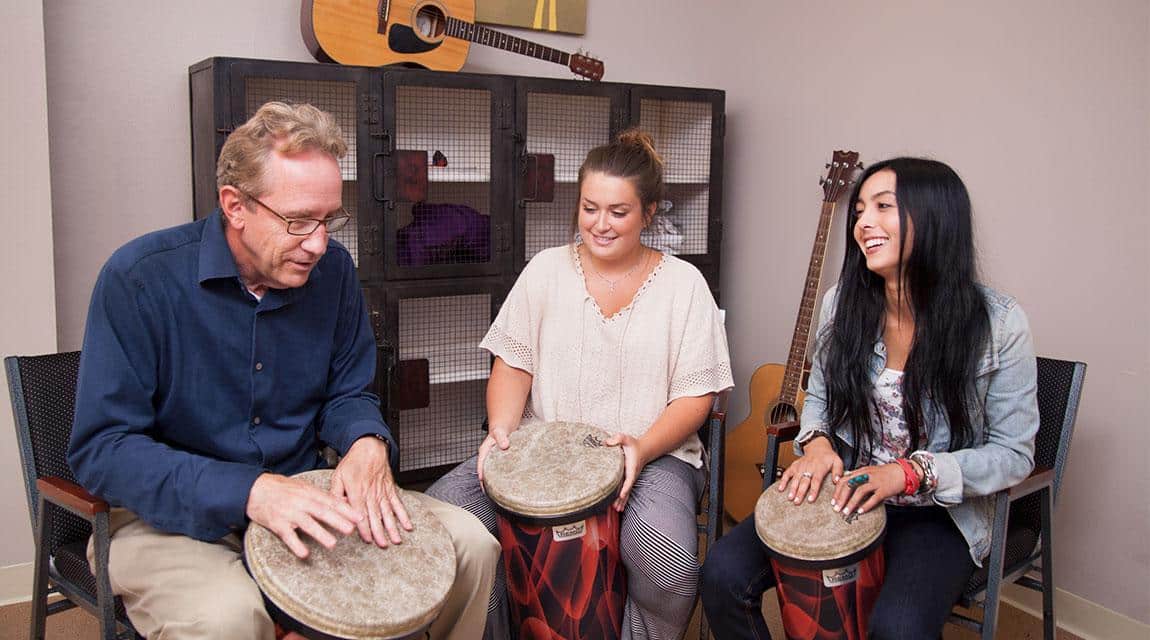 What We Listen to Influences How We Act

Music not only triggers emotions, it also influences our behavior. Multiple studies have tracked the effects of music on how we act, from shopping choices to criminal behavior. And the results are often different depending on whether people listen to music alone or with others.

In one study, college students played a game that measured their levels of cooperation while listening to either happy pop music or unhappy music, such as heavy metal. The group that listened to pop songs demonstrated more cooperative behavior, even when they didn’t report an increase in positive mood. Listening to the beat of the music may have helped them to sync up and thus act as a more cohesive group, researchers theorized.

What does this mean for teens, who are more susceptible to peer pressure? Some research shows negative impacts. According to a study published in the American Journal of Public Health, teens ages 14–18 who watched rap music videos for 14-plus hours weekly were

Music therapy allows teens to access and process intense feelings and experiences nonverbally. Experts believe that traumatic memories in particular can be processed more effectively through somatic, or body-based, therapies. Furthermore, approaches such as music therapy and other creative arts therapies can often be more useful for teens who have a hard time expressing themselves in words.

“Our job is to give our kids healthy coping tools,” says Tim. “If we can teach them how to use music as self-care, that’s a tool they will have forever.” 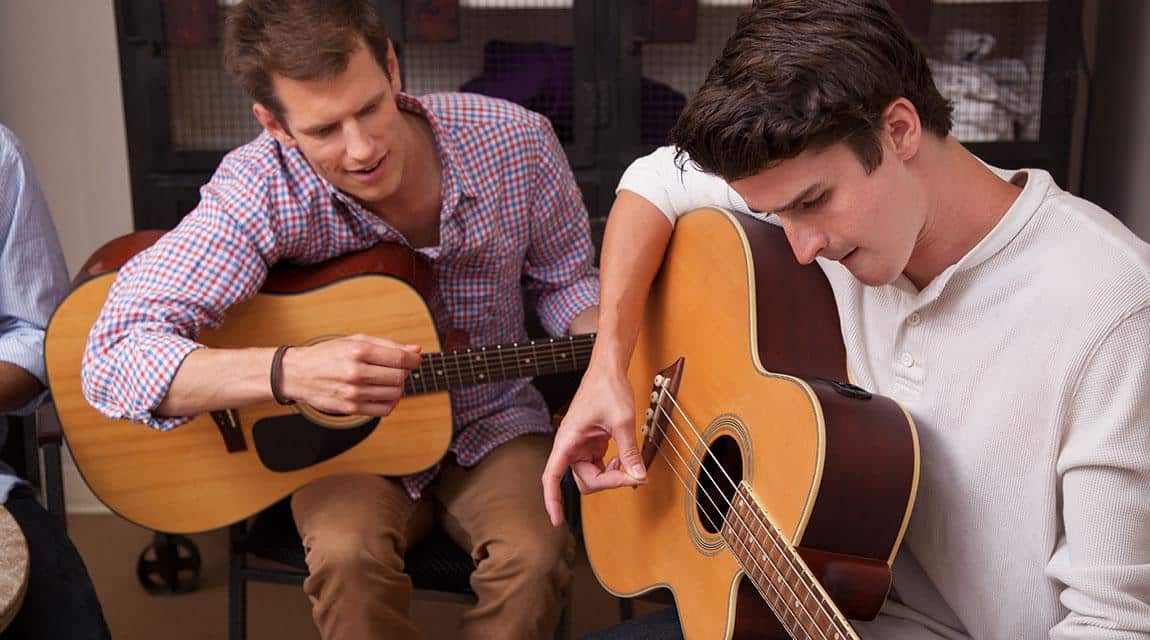 Sad Songs—and Happy Ones—Say So Much

If you’ve ever listened to Pharrell William’s “Happy”—number 41 on the Spotify top 50 songs list—then you know instinctively what a 2017 study from Australia proved. Researchers surveyed more than 1,000 participants, and found that those who danced and attended music events had significantly higher well-being scores than those who did not.

Hence, like any stimuli we’re exposed to, music influences our overall state of being—whether negatively or positively. For teenagers, whose executive functioning skills are still in development, it’s more difficult to override emotions with rational thinking. Therefore, the effects of music may be even greater for teens than adults.

What music will your teen be listening to this New Year’s Eve? Consider talking with them about how music can impact the way they feel and behave, and how the songs they love can help them process their emotions and come to know themselves better.