Teen eating disorders can be physically and emotionally devastating. Symptoms such as extreme weight loss, changes in countenance and appearance, physical exhaustion, and/or anxiety and depression are dangerous for teens and frightening for parents. When it comes to teen eating disorders, professional support is needed.

Most parents do not realize how common teen eating disorders are. According to the American Academy of Child and Adolescent Psychology, as many as 10 in 100 young women suffer from an eating disorder. And many teenage boys suffer as well.

In most cases, the onset of eating disorders occurs in adolescence or early adulthood. In fact, the Substance Abuse and Mental Health Agency reports that 95 percent of people with eating disorders are between the ages of 12 and 25.

This last statistic is vitally important. Despite the extent and the danger of teen eating disorders, there is hope.

What Are Teen Eating Disorders?

Adolescents suffering from teenage eating disorders often tell a common story. Once the eating disorder takes hold, they feel trapped. Hence, they think nobody can help them.

However, as we all know, eating is a part of daily life for everyone. Therefore, the lives of adolescents with teenage eating disorders revolve around suffering. As a consequence, nothing is more important to them than obeying the twisted rules of the eating disorder. Soon, everyday thoughts and perceptions are dominated by the teen eating disorder.

Many young people struggle with eating and body image issues. But it’s important to learn how to identify the difference between these issues and a teen eating disorder.

Without question, teen eating disorders have become common in this country. Hence a parent needs to be aware of the signs and symptoms. Thus, you need to understand the range and severity of teenage eating disorders.

When it comes to learning the signs and symptoms of a teen eating disorder, it’s helpful to understand that these disorders produce both behavioral signs and physical symptoms.

These behavioral signs can appear in adolescent girls and boys going through normal child development. Still, when teens repeatedly exhibit a number of these behaviors, parents should investigate further. Warning signs of a teen eating disorder need to be heeded.

Anorexia nervosa is the most well-known eating disorder. In addition, it has the highest death rate of any mental disorder, resulting from starvation, metabolic collapse, or suicide.

From the onset, teenage anorexia is defined by three key features. An adolescent suffering from teen anorexia eats less and less, has a distorted body image, and is intensely afraid of gaining weight or becoming fat.

Often, such a fear makes little or no sense. In many cases, the teen may weigh less than what is normal for their age, height, and gender.

Even if a teen with anorexia is not drastically losing weight, it’s important to catch the teen eating disorder early, to prevent permanent physical damage. Therefore, knowing the signs and symptoms of teen anorexia can help.

Signs and Symptoms of Teen Anorexia

Although these are only some of the symptoms, they are often the easiest ones for a parent to notice. Indeed, when it comes to teen anorexia, it’s always better to be safe.

Bulimia is a Greek word meaning “ravenous hunger.” Also called binge-purge syndrome, teen bulimia nervosa is a habitual disturbance in eating behaviors. As a result, teen bulimia is characterized by frequent episodes of excessive food intake. These episodes are followed by self-induced vomiting or some other method of purging the food from the body, such as laxatives, diuretics, or diet pills.

Adolescents suffering from teenage bulimia often maintain a normal weight or are even overweight. To help, here are some of the signs and symptoms of teen bulimia:

Signs and Symptoms of Teen Bulimia

Although these are only some of the symptoms, they tend to be the easiest ones for a parent to notice. When it comes to teen bulimia, it’s always better to act as early as possible.

As with teen anorexia and teen bulimia, early intervention is critical.

There is no single risk factor that causes a teen eating disorder. Rather, most research has shown that multiple risk factors tend to be involved.

A history of childhood trauma can increase a teen’s risk of developing a teenage eating disorder. A childhood trauma left unresolved is a major red flag. Experiencing traumatic events as a teenager can raise the risk level as well.

Early childhood obesity combined with teasing by peers is a substantial risk factor. In addition, teens are negatively impacted by media images idealizing bodies that are thinner than average.

Parents need to know that teen eating disorders are not gender-specific. Both teen girls and teen boys can suffer from an eating disorder. In fact, it happens to boys more often than you might think.

For example, 25 percent of children with teen anorexia are boys.

In the general population, men make up 10 to 15 percent of those suffering from anorexia or bulimia. The percentages are higher in teens.

As with teen girls, the importance of early intervention cannot be overemphasized. If you suspect something is wrong, the time to act is now.

The Importance of Early Intervention

“It is our mission to provide the most comprehensive, impactful treatment for teens to sustain long-term recovery. We enable young people to move out of the darkness and into the light, into happy, fulfilling lives.” 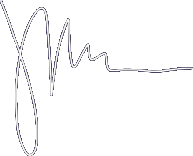 Newport Academy offers a holistic approach to teen eating disorder treatment. We provide the highest-quality care using evidence-based methods. Our staff and clinicians are among the elite in their respective fields.

First, we help your child break the deadly cycle of a teen eating disorder. Then, we treat the underlying causes. Residential treatment allows teens to heal without the distractions of everyday life and provides a nourishing, empathic community.

With a teen eating disorder, we emphasize not only clinical therapy, but also the importance of good nutrition and a comprehensive approach to health. We incorporate evidence-based clinical and experiential therapeutic modalities. Our approach fosters true long-term recovery from teen eating disorders.

At Newport Academy, we create a personalized treatment plan for each teen that includes a mix of these modalities.

“At Newport Academy, we can use unique and cutting-edge treatment approaches that would take the state years to employ. Clients receive the best, most effective, and most individualized treatment possible.”

Do We Use Prescription Drugs to Treat Teen Eating Disorders?

Prescription medication is rarely the answer to teen eating disorders. We believe in approaches that have no dangerous side effects.

In some cases, drugs can be helpful to stabilize a teen in crisis. Short-term use of prescription medication can address depression or anxiety issues, in order to give a teen the space to do the real work.

Newport Academy uses medications only in conjunction with psychotherapy and other scientifically validated treatment modalities. We believe that developing new, positive behaviors and greater self-understanding is what creates long-lasting emotional stability.

Sometimes, it is hard for parents to remain calm and accepting when faced with a teen eating disorder crisis. They are tired and, often, they are scared.

At Newport Academy, our staff’s clinical expertise is matched only by their compassion. We provide unconditional love that supports teen’s self-worth and self-acceptance as they do the work of healing.

We empathize with parents’ need to make sure their child is safe and protected. You can trust us to provide the answers and solutions that you are looking for—and the caring that your teen needs to succeed.

95 percent of people with eating disorders are between the ages of 12 and 25.
samhsa.gov

24 million people are estimated to suffer from eating disorders in the US.
aacap.org

Only 10 percent of people with eating disorders receive treatment.
dosomething.org

Indeed, we don’t believe in “one-size-fits-all.” We tailor an individualized care plan to meet your teen’s needs, strengths, and challenges. Everyone is different, and we understand that.

Upon admission, your teen will be assigned an eight-person treatment team. This team develops a customized program to promote your child’s growth and sustainable healing.

Furthermore, the success of your teen is very important to us. You are trusting Newport Academy with your child, and we highly prize and value that trust.

We have achieved an unparalleled success rate since our founding: 85 percent of our teens complete the Newport Academy program. Hence, the vast majority goes on to truly thrive. Your teen can be healthy again, and your family can be whole again.

Please contact us to learn more about Newport Academy’s comprehensive approach to treating teen eating disorders. Call us at 877-959-0904. We are open 24 hours a day, seven days a week. To achieve a track record of excellence, Newport Academy has a 4–1 staff-to-client ratio.

Experience has shown us that Newport Academy’s treatment programs work. But the most important thing is for you to find the help your child needs. If Newport Academy is not the right fit, then we will help you find a solution that works for you. We want your family and all families to begin the journey to healing and happiness.

We realize that the hardest part of seeking treatment is to
get started. We’re here to help make that part easier, 24
hours a day, 7 days a week.

Learn More About What We Treat

Teen Depression is more common than you think. The life of a teenager can be hard. First, physical changes and increasing social pressures equal hard challenges. When you add in the quest for an identity, kids have a lot on their plate. Is it surprising that so many suffer from teen depression?
Learn More

Teen anxiety is no fun. Stress helps the body prepare for a challenge. The senses are honed, the brain is alert, and the body is ready to spring into action. It’s a useful tool when a threat is imminent. Also, it’s considered a natural, and even a healthy, response by the human brain.
Learn More

Finding the right teen rehab for your child is challenging. Usually, teen rehab refers to a teenage drug rehabilitation center. At Newport Academy, however, we not only treat substance abuse issues, we offer so much more.
Learn More

Addressing the need for teen mental health treatment is tough for any family. Every parent wants their children to be healthy, whole, and happy. That’s why the Newport Academy Treatment Team’s approach to teen mental health challenges begins with love, support, and acceptance.
Learn More

Teen trauma is difficult to face. Both parents and children can be overwhelmed by traumatic events and their consequences. Parents must be courageous in taking the first steps to address trauma within the family. It isn’t easy for anyone.
Learn More

Teen substance abuse affects far too many families. Are you concerned that your teen is abusing drugs or alcohol? After all, it’s normal to ask yourself many questions that you might not know the answers to.
Learn More