As the pandemic exacerbates the existing teen mental health crisis, effective Los Angeles teen mental health treatment is more important than ever. Adolescent mental health is a growing problem in Los Angeles, as it is across the United States. With anxiety, depression, and suicidal ideation on the rise, Newport Academy is working to expand access to the highest-quality mental healthcare for adolescents in Southern California.

Each year, Mental Health America (MHA) ranks all 50 states and Washington DC in terms of mental health, substance abuse, and access to care. MHA’s 2020 report put California’s overall youth mental health ranking at number 33 among the 50 states and the District of Columbia. The rankings also showed that close to one in 10 California teens had a major depressive episode during the year. And 4.6 percent of California teens—140,000 adolescents—suffered from substance abuse disorder, illustrating the need for rehab facilities in Los Angeles CA and neighboring cities.

Despite this growing need, however, California ranked near the bottom of the scale in terms of access to mental healthcare—at number 42. That translates to 64 percent of California teens with depression who received no access to care—whether in adolescent residential treatment centers in Los Angeles, intensive outpatient programs in Los Angeles, or programs in other areas of the state.

As the rate of teen suicide continues to rise throughout the United States, data from the CDC’s most recent Youth Risk Behavior Survey shows equivalent increases in Los Angeles. According to 2019 data collected by the CDC, 34 percent of the city’s teens reported feeling sad or hopeless every day for more than two weeks in a row in the year prior to the survey—so much so that they stopped doing some of their usual activities. Furthermore, for 13 percent of Los Angeles youth, depressive symptoms accelerated to the point of seriously considering a suicide attempt.

While those numbers are slightly lower than the nationwide percentages, Los Angeles teens were actually more likely than their peers around the country to plan and attempt suicide. The CDC report showed that a full 10.6 percent of the city’s teens made a specific plan about how they would attempt suicide in the year leading up to the survey, compared to the nationwide average of 8.9 percent. And 9.4 percent actually made an attempt one or more times, also higher than the national average. This data is a clear indicator of the need for teen rehab in Los Angeles.

adolescents in the state suffer from substance abuse disorder 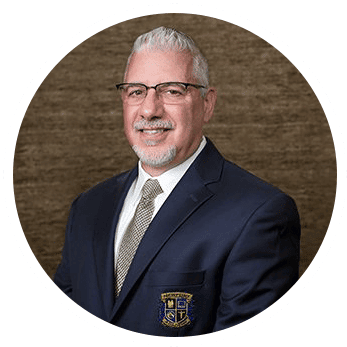 “We are delighted to have Don join our Newport team to help guide our outpatient services for teens and young adults,”

With teens currently suffering higher rates of depression and anxiety, Dr. Grant’s professional emphasis in technology and mental health is especially relevant. A thought leader in the field of healthy device management, Dr. Grant is an expert in addressing the underlying causes of internet gaming disorder and other technology addictions—of paramount importance as teens spend increasing amounts of time in front of screens.

In order to determine whether a teen needs rehab facilities in Los Angeles CA, there are a number of warning signs to watch for. Here are 10 signs that a teen is suffering from mental health and/or substance abuse issues:

Parents who observe these behaviors in teens should speak to their family doctor in order to ensure that teens get a full mental health assessment.

Each teen has a tailored treatment plan, with clear goals and measureable outcomes. Moreover, the plan includes a variety of evidence-based clinical and experiential modalities. Teens have the opportunity to experience a wide range of modalities, including Cognitive Behavioral Therapy, Dialectical Behavioral Therapy, family therapy, experiential approaches such as Equine-Assisted Therapy and Adventure Therapy, art and music therapy, and mindfulness approaches like yoga and meditation. Our partial hospitalization and residential treatment centers in Los Angeles also provide strengths-based academic programming for teens, so they don’t fall behind in school while receiving the mental health treatment they need.

“We offer family-focused and results-oriented programs that treat the underlying causes and conditions of destructive behaviors. It is from a foundation of compassion and love that we provide an unparalleled level of care for teens and families.”

The Importance of Family in Teen Mental Health Outcomes

In our Los Angeles and Santa Monica rehab, and in our programs around the country, authentic connections are at the heart of the healing journey. Our family services in Santa Monica and our other locations recognize that the most effective teen rehabilitation programs involve the family in the treatment process. In addition, teens build caring and supportive relationships with peers and mentors,

Once teens are ready to leave treatment, clinicians work with both clients and families to create a comprehensive plan for continuing care after discharge. This includes agreements that will support them in maintaining recovery and family harmony long after treatment is over. As a result, our third party–validated outcomes research shows not only immediate improvement in levels of anxiety, depression and well-being, but also sustained progress and recovery over time.

To find out more about our Los Angeles teen mental health programs, including adolescent residential treatment centers in Los Angeles and outpatient rehab in Santa Monica, contact us today.