Many of us grew up hearing the catchphrase—on television, or in our heads as we walked down the cereal aisle—“Frosted Flakes, they’re more than good, they’re GREAT!” Tony the Tiger and his infamous jingle have kept cereal bowls full of sugarcoated flakes for decades. And he’s not the only one; before Tony it was Froot Loops’ Toucan Sam, and then Lucky the Leprechaun made his debut with a golden pot of marshmallows.

The heavily marketed idea that sugar is “fuel and fun” has supported the illusion that these products are actually food that will fill stomachs and create smiles on the way out the door to school. Parents fill their shopping carts to make sure their kids eat breakfast, but what truly lies inside that colorful packaging? 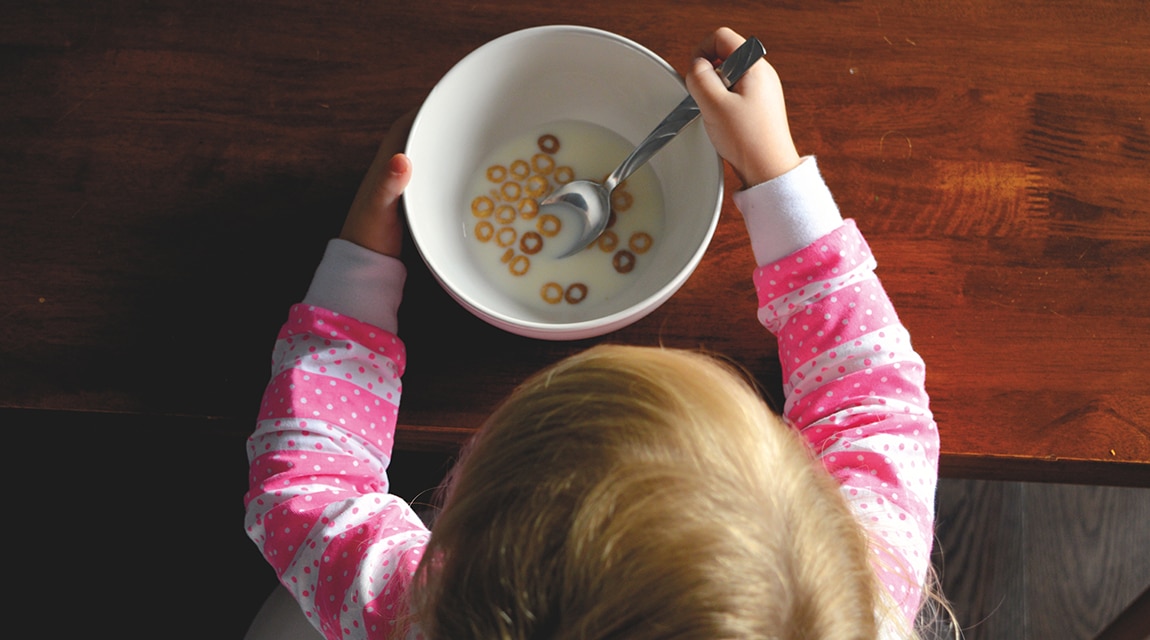 What many parents and the general American population don’t know is that scientists now point to the consumption of sugar as one of the biggest threats to human health. In a 2015 study of 43 obese children, virtually every aspect of the participants’ metabolic health improved after just nine days on a sugar-restricted diet, without change in weight. Food distributors have shifted natural human eating tendencies by masking glucose, carbohydrates, high fructose corn syrup, and many other complex acids and chemicals behind another heavily marketed notion—that fat is the enemy. A recent New York Times article on sugar delves into this important subject. We’ve been taught that a calorie is a calorie. But the truth is, this is false.

Although it’s now common knowledge that eating too much sugar and processed foods can lead to health problems like obesity and type 2 diabetes, scientists are now beginning to draw new conclusions about sugar’s significant impact on mental health, learning capabilities, mood, and overall quality of life. In addition to increasing waistlines, science also links sugar and sugar additives to:

Food, Mood, and the Findings on Sugar

Certain moods can trigger food cravings, cause overeating, or suppress appetite—but it goes the other way as well. The food we eat can make or break a mood, not only in the few minutes following ingestion, but also progressively over time.

According to British psychiatric researcher Malcolm Peet, diet helps shape one’s mental health from the inside out. In his cross-cultural analysis of the relationship between diet and mental illness, Peet found that, “In a very real sense, humans have two brains—one in your head, and one in your gut—both of which are created from the same tissue during fetal development.”

He goes on to explain that these two systems, the brain and the gut, are connected via the vagus nerve. This nerve runs from the brain stem directly down to the abdomen. Maintaining optimal health at both ends of this central nerve highway is paramount when trying to address or change one’s mental state.

Another primary finding in Peet’s study was a strong link between high sugar consumption and the risk of both depression and schizophrenia. Peet states, “There are at least two potential mechanisms through which refined sugar intake could exert a toxic effect on mental health. First, sugar suppresses activity of a key growth hormone in the brain called BNDF. BNDF levels are critically low in patients of both depression and schizophrenia. Second, sugar consumption triggers a cascade of chemical reactions in the body that promote chronic inflammation. In the long term, inflammation disrupts normal functioning of the immune system, which wreaks havoc on the brain and leads to a higher risk of depression.” 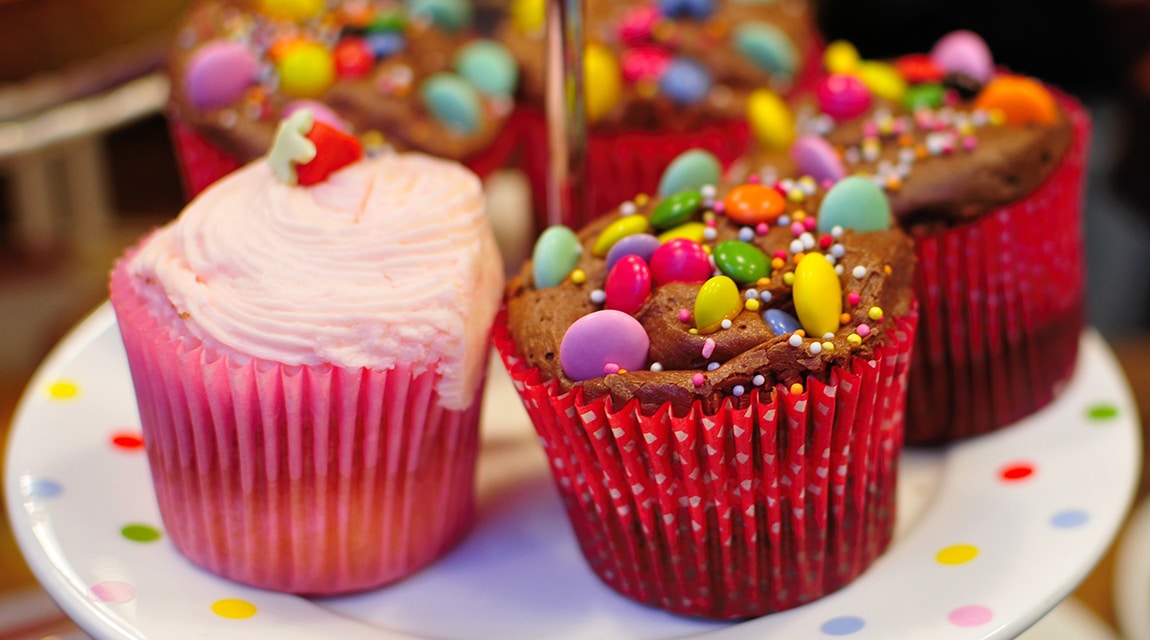 The Addictive Nature of Sugar

Author, human neurologist, and nutritionist Dr. Natasha Campbell-McBride agrees with Peet’s findings, and uses basic human neurology to support her theory that people who naturally suffer from depression and other mental illnesses are especially vulnerable to sugar. In her book, Gut And Psychology Syndrome: Natural Treatment for Autism, ADHD, Dyslexia, Dyspraxia, Depression and Schizophrenia, McBride emphasizes that serotonin, our most sensitive neurotransmitter, is not only housed in the brain, but is also widely present throughout the entire stomach region. McBride writes, “The greatest concentration of serotonin, which is involved in mood control, depression and aggression, is found in your intestines, not your brain.

Toxicity in your intestines flow throughout your body and directly into your brain, where it can heighten symptoms of poor mood, autism, ADHD, depression, schizophrenia, and a whole host of other mental and behavioral disorders.”

With both Peet and McBride’s research in mind, removing sugar and processed foods from one’s diet is a great way to support a consistently positive mental state. Refined sugar in foods not only supplies very little in the form of pure nutrients for your gut and brain’s co-dependent relationship, but also sends the body on a rollercoaster spiral of high blood sugar, followed by a crash and a craving for more. When combined, this can accentuate many of the symptoms associated with mood disorders and depression. Because we have lower energy than before eating the sugar, we also suffer feelings of depletion.

Although known to be controversial, a growing body of evidence shows that consumption of sugar and refined sweeteners parallels the addictive processes in the brain that result from substance abuse. Like drugs (though to a lesser extent), sugar and processed junk food flood the brain with the feel-good chemical dopamine. Excess levels of dopamine significantly change the natural functions of the brain over time. 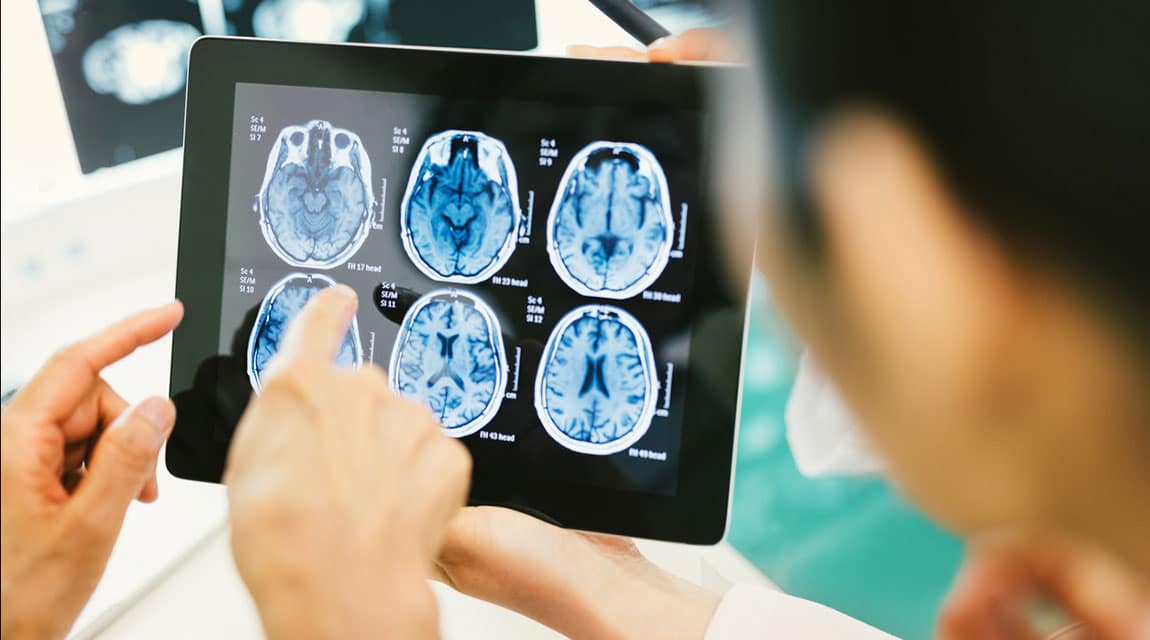 In a 2011 study conducted by Yale University, just looking at a milkshake activated the same reward centers of the brain in people with addictive eating habits as those that are activated in the brains of cocaine users. Furthermore, French scientists in Bordeaux conducted a similar study. Their reports found that, in animal trials, rats preferred to drink sugar water to cocaine (even when they were addicted to cocaine prior to the study).

According to the 2007 report, the scientists speculated that “the intense stimulation of sweet receptors by our typical twenty-first-century sugar-rich diets generate a supra-normal reward signal in the brain, with the potential to override self-control mechanisms and thus lead to addiction.” In addition, the rats demonstrated classic symptoms of substance use disorders, including tolerance and withdrawal symptoms when the fatty and sugary products were taken away.

Why Give Up Sugar

Nodding in agreement to the former experts’ findings of the addictive nature of sugar is David Gillespie, a lawyer and recovering addict who is now a psychiatric researcher. In his book Sweet Poison: Why Sugar Makes Us Fat , Gillepsie details his decision to stop eating sugar. He explains, “You are breaking an addiction, so you need to stop consuming all sources of the addictive substance. They are all hard to give up because they are addictive. But, they are all easy to give up once you understand what you’re doing for your body and why.”

The highs and lows that come with sugar both scientifically and emotionally relate to the experiences catalyzed by substance abuse, according to Gillespie.

This repeated series of highs and lows provokes unnecessary stress on the body and emotions. This in turn can impair our ability to cope with anxiety. A sugar high and subsequent crash can cause blurry vision, difficulty thinking, and fatigue, all of which also relate to signs of a panic attack, thus perpetuating the symptoms of anxiety.

While dietary changes alone cannot cure mental illness, this growing body of research shows that cutting sugar and sugary additives from a regular diet can minimize symptoms, boost energy, and improve the body’s ability to cope with stress on emotional and physical levels.

Watch this video documenting the truth about sugar.

In her book Potatoes, Not Prozac: Solutions for Sugar Sensitivity, nutritionist Kathleen DesMaisons, PhD, offers a dietary plan to smooth the sometimes challenging process of getting off sugar. She proposes three primary solutions to support mental and physical health during the transition.

Instead of letting it control you!

By keeping our sugar levels under control, we can maintain adequate levels of serotonin and avoid the ups and downs, resulting in a more stable and elevated mood and an improved sense of well-being. Whether you need a quick pick-me-up or you’ve been struggling with depression or other mental illness, evidence suggests that a great place to start practicing self-regulation and taking control of both your mood and your life is not in your medicine cabinet, but in your kitchen.

“How Does the Vagus Nerve Convey Gut Instincts to the Brain,” Psychology Today, May 2014