Somerset County, New Jersey is one of the richest counties in America. Located in the north-central part of the state, it has a median household income of $96,360. It is also one of the oldest counties in the United States, having been founded in 1681. George Washington marched with his troops through the county numerous times, and many homes still standing bear the inscription “George Washington slept here.” Its population is 80 percent Caucasian, 7.5 percent African American and 8 percent Asian, with the remainder split among various other races and ethnicities.

Unfortunately, like so many other places across New Jersey and the northeastern US, the most affluent communities once thought to be a refuge from crime and addiction have turned into havens for high-end addicts among the most unlikely population: teenagers. Families are struggling to find the best possible way to address the situation.

What Kind of Drugs Are Being Abused in Somerset?

No one illegal drug or substance predominates here in Somerset, NJ. Alcohol has always been around, of course, because it has so long been a part of our culture we often have to remind ourselves that it is in fact a drug – and a potentially dangerous one.

Similarly, marijuana came to Somerset in the 1960s and never really left. Additionally, use of methamphetamine and even heroin amongst teens occasionally hits the news and creates a scandal and then passes. Prescription drugs, primarily painkillers containing oxycodone or hydrocodone, remain a threat in high schools across New Jersey.

But the drugs most often abused in wealthy Somerset are designer drugs like cocaine and Ecstasy.

Cocaine Use and Abuse 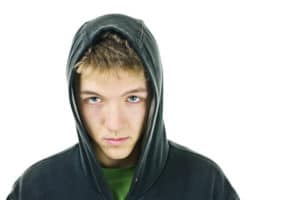 Cocaine has long been considered the “businessman’s high.” Difficult to acquire in large quantities and often priced at a large markup, it has never been inexpensive and was thus traditionally favored only by those who could afford it. Among the latter group, in recent years it has become most associated with private parties or “raves.”

Cocaine can be consumed in a variety of ways including:

Cocaine gives the user a high, lasting anywhere from 45 minutes to a couple of hours, depending upon the dosage. During this time, he or she typically will experience any or all of the following effects:

However, especially during the inevitable “crash” or comedown, the following feelings occur: 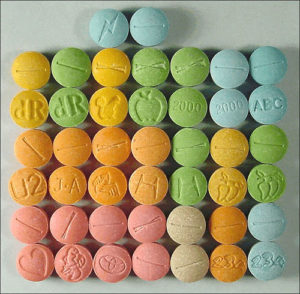 Similar to cocaine, Ecstasy, is also a party drug, perhaps the ultimate party drug for teenagers. Known more formally as MDMA, the initials of its chemical name, Ecstasy acts as both a psychedelic and a stimulant. It is distributed in tablet form, and the tablets often engraved with a comical or frivolous image such as Fred Flintstone or a smiley face in order to differentiate between batches and promote it among young users.

Roger Aarons is a US Customs agent. Says Aarons:

“As more dealers get involved, violence is going to increase. It’s just the nature of the drug game.”

How can you tell if your teen is regularly under the influence of Ecstasy or has a problem with abusing the drug? The following effects have been reported by Ecstasy users:

There Is Hope for Somerset Families 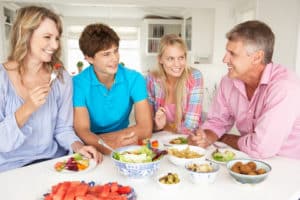 Ultimately, despite its wealth, Somerset is no different from anywhere else in New Jersey. F. Scott Fitzgerald was famous for saying that the rich are different because they have more money. More money, yes, but the same problems.

Drugs like cocaine and Ecstasy offer what many teens perceive to be a safe and thrilling high. Cocaine has been called the “caviar of drugs,” while Ecstasy is the ultimate party drug. Despite the “feel good” reputation that these substances enjoy, teenagers who use these drugs – or any illicit substances – are courting disaster in every part of their lives.

If your teen is abusing drugs of any kind, don’t stand by and watch them self-destruct. Parents in Somerset can help their teens begin the healing process when they choose a luxury teen-focused rehabilitation program that provides distance and safety from temptation as well as comprehensive, evidence-based care for the treatment of drug abuse and drug dependency. Contact us at Newport Academy today to learn how we can help.