The University of California, San Francisco (UCSF) recently conducted a survey among 18 to 25-year-olds pertaining to their smoking tendencies. The study, published in the journal Addiction Science and Clinical Practice, is divided into two phases. The initial stage involved a questionnaire specifically regarding the subjects’ cigarette smoking habits. The second part prompted participants to anonymously respond if they had smoked marijuana at any time during the last month.

The researchers discovered that a little more than two-thirds of the respondents smoked tobacco on a daily basis and that 53 percent of those smokers had also abused marijuana at some point within the last 30 days. A few characteristics were common among the individuals who smoked both substances: 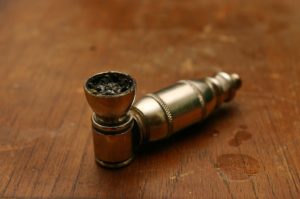 Most young people do not realize the dangers of smoking marijuana today.  The amount of THC in marijuana has skyrocketed in recent years. According to NIDA for Teens, the website designed by the National Institute on Drug Abuse to provide quality information for young people and their parents, the following is true:

“In the early 1990s, the average THC content in marijuana was about 3.74 percent. In 2013, it was almost 10 percent, and much higher in some products such as oils and other extracts… There have been reports of people seeking help in emergency rooms with symptoms, including psychosis (having false thoughts or seeing or hearing things that aren’t there), after consuming high concentrations of THC.”

Given the risks, the information derived from this study on marijuana potency is truly invaluable.

The UCSF researchers feel that the anonymity involved in their Facebook survey may have helped them obtain a more accurate understanding of the rates of both tobacco and marijuana use among young adults. The numbers were much higher than in previous studies that did not use social media. This suggests that the problem may be on a much larger scale than previously thought. It is critically important to get precise data as it is used to garner financial backing for treatment programs across the country. If the number of young people using is underestimated then the funds for rehabilitation services will also be severely lacking.

Results May Change How Treatment Is Provided to Young People

Due to the high rate of overlap between smoking cigarettes and marijuana, researchers say that brief drug screenings should become a routine part of smoking cessation services. They are also looking to the next branch of their study to expand upon their use of social media outlets. The UCSF researchers are going to attempt to bring drug counseling and support to Facebook. This new format for intervention would allow users to remain totally anonymous. Young adults are less likely to seek treatment for drug abuse, so the hope is that the ease and comfort most young people have with technology may encourage them to get the help they otherwise might ignore.

What do you think about Facebook and other social media as an avenue for drug treatment? Do you feel anonymity is conducive to recovery or a hurdle? Let us know your opinions below.