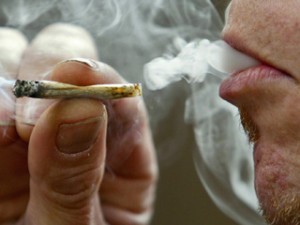 Some parents are aware that their teens are experimenting with marijuana. They may take the stance that they did same thing in their youth, and made it through unscathed, so it is nothing to worry about. Some even look at it as a right of passage for teens and young adults. Experts in the health field, however, would strongly disagree with this mindset.

First of all, today’s marijuana is not that of its cousin of yesteryear. It is still true that the active ingredient, THC, remains the driving force behind the drug. However, over the last two decades, the concentration of THC has drastically doubled what it was in the past.

Dr. Nora Volkow of the National Institute on Drug Abuse gave the following explanation to the New York Times, “It’s much more potent marijuana, which may explain why we’ve seen a pretty dramatic increase in admission to emergency rooms and treatment programs for marijuana.”

Strangely, as the potency of marijuana is increasing, the perception it’s harmless is also increasing. Roughly 50 percent of teens report that they believe marijuana use has little to no negative side effects. Additionally, some treatment centers are finding that more teens are seeking treatment for cannabis abuse than alcohol abuse.

Negative Results of Teen Marijuana Use

Studies show that teens using marijuana, use it more often and in greater amounts than those who end up using it later in life. This may be why one in six adolescents who try the drug eventually become addicted. In addition, research has found the following negative consequences of teenage marijuana abuse:

Statistics About Marijuana and Teenagers

Marijuana has multiple effects on teens; once a teen starts abusing marijuana, it can lead to an unhealthy addiction. The most recent research on teen drug abuse shows that although alcohol and cigarette use is on the decline, the opposite trend is happening with marijuana and use continues to climb.