According to a recent article in the New York Times Travel section said recently, “It wasn’t long ago that New Haven was the poster child for the troubled college town, a place where the graduates of prep schools rubbed shoulders with the trauma of the mid-‘80s and early-‘90s crack epidemic.”

The article goes on to suggest why that judgment is no longer quite true. Furthermore, it states that some good things are happening now that weren’t happening in the bad old days. Although all this may be true, the Times points out, “New Haven’s hard-luck reputation lingers.” And so it does.

These cases represent instances where criminals are taken off the street. Yet they represent drug-related crimes that happen in New Haven, CT every day. Crack cocaine has a stronghold in New Haven, and the evidence is that the drug is not likely to let go. Furthermore, other towns are impacted by the drugs. Therefore, it is key that parents and caregivers stay aware.

Crack Cocaine is a Popular Choice in CT

Crack is the freebase form of cocaine. A freebase is the basic form of an organic compound. It came into the US in large quantities in the 80s. As a result, the number of cocaine-related visits to emergency rooms across Connecticut increased. Those visits went from 23,500 in 1984 to 94,000 in 1987. The media declared America to be in the midst of a “crack epidemic.” Hence, Connecticut was inundated, like most other parts of the country.


Effects of Crack Cocaine Use

The short-term effects of crack use are similar to those of cocaine powder, but are more intense and faster acting. Crack is a stimulant and produces familiar stimulant-like effects. They include

The long-term effects of both cocaine and its crack version are detrimental to the psyche, the body, and the spirit. Some identified effects of chronic use of the drug include

Parents can keep an ear out for any of the following terms in their teen’s vocabulary when talking to their friends. In addition, hearing these terms can help parents identify teens’ early use of crack cocaine and other drugs.

Some common street names for crack include: 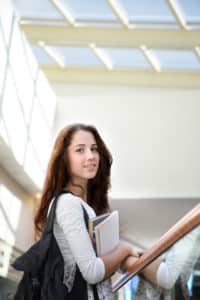 Jennifer was born to upper-class parents. She attended a private high school and went to a wealthy Catholic church every Sunday. It seemed she had her life together. She was on the volleyball team and the basketball team. In addition, was active in her school government and was on the honor roll every semester.

She met her boyfriend, David, at a party. Similarly affluent, he hosted big blowouts at his family home. Furthermore, he would give pretty girls drugs for free. First, it was lines of cocaine, but then it was a pipe. Jennifer didn’t know that she wasn’t David’s only girlfriend. And she didn’t know what was in the pipe that she smoked at his house either, not at first. As a result, her visits to his home increased. Her use of crack increased also.

Eventually, David and Jennifer broke up. Her dependence on crack cocaine, however, was there to stay. Furthermore, it overpowered everything – her academics, her sports performance, and her involvement at school and with friends. Therefore, her parents realized how serious her problem was and enrolled her in a rehab program designed for teens.

Treatment wasn’t a quick fix, however. It took years for Jennifer to get back on track. She relapsed after six months. After a second round of treatment, she managed to stay clean for nine months. With the support of her parents, she got a few years of clean time under her belt. As a result, she graduated with her GED and enrolled in a community college.

Teen Drug Abuse Happens in Cities of all Sizes

Crack was once relegated to densely populated cities. But now it is in the outlying suburban areas as well. Therefore, teens in American neighborhoods have as much access to crack as teens who live in the middle of the city. Hence the drug has the potential to negatively impact people across Connecticut. The New Haven metropolitan area has a population of nearly 1 million. Furthermore, the neighborhoods include all demographics. Consequently, no one is immune.

Towns in Connecticut have been besieged for decades by crack cocaine, marijuana, heroin, and crystal meth. As the New York Times travelogue admitted, the area’s “hard-luck reputation lingers,” due in no small part to cocaine.

If your teen is using or addicted to crack cocaine or other drugs in the New Haven area, do not lose hope. Help is available here at Newport Academy, and we are here, 24 hours a day, seven days a week. Please contact us today if you or a loved one is suffering.