Underage drinking Montgomery, PA, is a big topic. When considering the health problems presented by substance abuse for America’s teenagers, the US Center for Disease Control reports that alcohol remains the substance most abused. A recent survey found that more than 70 percent of high school students surveyed had used alcohol at least once. Another 40 percent reported using marijuana.

Around the United States
Stats and Facts: Underage Drinking Is Deadly
What Can Parents Do?
Guide To Teen Drinking
Does Your Child Need Help?

The situation is no different in Pennsylvania. Underage drinking in Montgomery, PA, and other state municipalities, is prevalent. The county and state have taken a very strong position on the issue of teenage drinking. Parents who allow their children under the age of 21 to drink alcohol, even in their own home, are subject to a jail term and a fine that could amount to more than $2,500.

Families living in Montgomery, PA, with a teen who routinely indulges in underage drinking or drug abuse of any kind are encouraged to take the matter seriously.

The younger a child is when they first begin drinking, the more likely it is that they will be unable to stop. If your teen can’t do it alone, professional help is available. Contact us at Newport Academy today to learn how we can assist your family.

Rules and Regulations Against Underage Drinking in Montgomery, PA: Why? 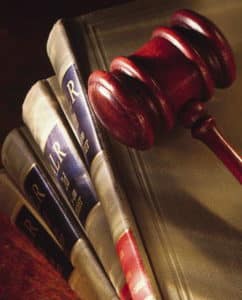 A man in Skipjack, PA allowed his son’s friends to attend a Halloween party at his home, knowing that they were drinking. He did nothing to stop the drinking, and a young girl was assaulted. All those involved were under the influence and under 21. The man who owned the home was sentenced to eight days in jail and two years’ probation due to his enabling of the event.

Underage drinking is very dangerous and can lead to alcohol poisoning and other harmful results, both physical and emotional. It can ruin the life of a teenager and their parents’ lives, and endanger others as well.

Communities in Montgomery County, such as Villanova and Spring House, are concerned about underage drinking for many reasons, including the following statistics:

What Can Parents Do?

This Info 101 article offers a series of tips on how parents can best deal with underage drinking.

Help from the American Association for the Advancement of Science

For parents who would like more support, the guide titled “Delaying That First Drink: a Parent’s Guide,” details the dangers of alcohol for adolescents. It explains that a teenager’s brain will continue to develop years after high school and college. When any mind-altering substance that affects the brain – such as alcohol, marijuana or another substance – is introduced, the development of the brain is delayed.

Teen Alcohol Consumption Is Problematic at Any Level: Does Your Child Need Help? 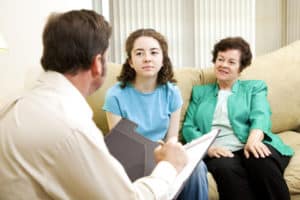 Underage drinking Montgomery, PA, is important. In addition to the consumption of alcohol by adults, is the biggest substance problem facing towns in the county, such as Bala-Cynwyd and Haverford. Indeed, towns around the country face this problem. Alcohol leads to overwhelmingly more accidents, violent crimes, suicides, and all forms of social disruption than any other drug or substance. It is particularly dangerous to those who are still developing and growing. After taking that first drink at the age of 13 or 14, they may be embarking on a lifetime of alcoholic abuse. For that reason, it is extremely important that alcohol be kept away from teens for as long as possible. As with virtually all other problems involving substance abuse, this is not an easy task.

It’s also not a task that you have to face by yourself. If your child has a problem with alcohol, please contact us at Newport Academy today. You need not be alone as you help your teen come back from alcohol abuse and move forward into a life characterized by health and healing.