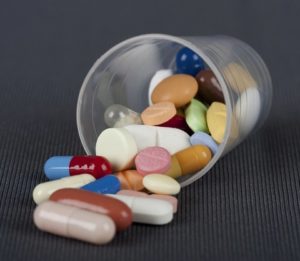 When it comes to teen drug use, parents have a significant amount of influence over their teen’s behavior.

In fact, the American Academy of Pediatrics reports that only 26 percent of adolescents who said their parents taught them a significant amount about drugs then went on to use marijuana. For teens, parents are a source of information, and the lessons they get from their parents will influence their choices in life.

Parents may know drugs are harmful, but they may not know what specific drugs look like.

Knowing what drugs look like can be vital for both parents and for teens. Parents with the ability to identify drugs can quickly spot drugs in the hands of their teenagers. Teens who can identify drugs will know when to say no when they’re offered substances by friends or peers.

Marijuana is an organic drug cultivated from the leaves and stems of the Cannabis sativa plant. The leaves have serrated edges and tend to fan out like the fingers of the hand. Marijuana plants are notoriously hard to grow, and they require a significant amount of both light and water. Teens who grow their own plants often enclose them in foil-lined closets and light them for hours each day. Parents might see their electric bill increase due to these additional lights. 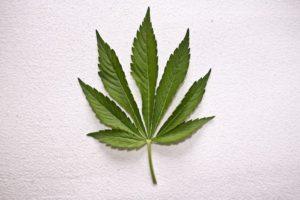 Teens can buy products that have already been processed from the marijuana plant. Users often buy shredded leaves, stems, seeds or flowers in plastic bags. The material is usually green or brown in color, and it might look like tobacco. Some vendors also sell marijuana in edible format. This marijuana might look like a slice of a brownie or gummy, but it has a strong herbal smell. 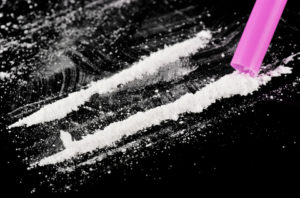 In the past, cocaine was considered an adult-only drug, as it was too expensive for teen use. However, according to a study published in the journal Addictive Behaviors, 15 percent of those studied ages 17 to 19 reported that they had been high on cocaine at least once. The number is still low, but it does seem to indicate that some teens are experimenting cocaine.

The powdered version of cocaine is relatively easy to spot. It’s sold in tiny glass vials with colorful lids or little bags. The cocaine itself is usually ground into a fine powder that might look like confectioner’s sugar. Since cocaine is quite expensive, teens might only have very small amounts of the drug at any one time.

The crack version of cocaine contains powdered cocaine mixed with water and ammonia or baking soda. This mixture is heated until the water is removed, leaving behind tiny crystals of the drug. These crystals are typically an off-white color and they look a bit like rock candy. The drug is sold in small glass or plastic vials with screw-top lids.

The drug LSD or acid is a hallucinogen that’s often marketed to teens as a method to expand the mind. Since teens are often eager to try new things and understand more about the world, it’s easy to see why LSD might be appealing. LSD is typically produced in a liquid format and sold in tiny bottles that once held breath-freshening drops. Or, manufacturers who want to appeal to teens directly might apply this liquid LSD to absorbent papers printed with colorful pictures of:

Teens can then place these tiny squares of paper in their mouths and absorb the drug from the melting paper. A dose of LSD is often quite small, so teens might have pieces of paper with hundreds of the same image printed over and over. Each image is usually perforated, so the teen can easily rip one square away for a dose.

Teens who want to experience something new but find the idea of a man-made substance a bit frightening might turn to magic mushrooms instead. These tiny mushrooms also contain a hallucinogenic substance, and they typically aren’t processed in any way by the manufacturer. According to a study published in the journal Clinical Pediatrics, most teens who use these mushrooms take two to four at a time. Teens who use mushrooms might have a large stash hidden away in their homes.

Magic mushrooms are usually sold in a dried format, and the packets may contain multiple caps of mushrooms as well as thin stems. Some teens attempt to pick their own mushrooms and dry them for use, but the mushrooms they pick might not be hallucinogenic mushrooms at all. Instead, these mushrooms might be toxic and lead to serious health problems, including death.

Any teen with a packet of dried mushrooms in his/her room should be talked to immediately, to ensure that no poisoning occurs.

Ecstasy, also known as MDMA, is another hallucinogenic drug that was originally developed as an appetite suppressant. Now it is often used to help teens loosen up, connect with one another and release their inhibitions. According to the National Drug Intelligence Center, the drug is popular with teens because it’s inexpensive. A dose of Ecstasy can cost less than $20, and it can cause an altered state that lasts for hours. While Ecstasy can be sold in liquid form, most teens buy the drug in pill format. These pills are small and pale, and they’re often imprinted with images such as: 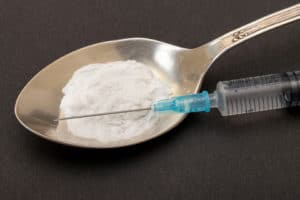 While heroin might not be the first drug teens choose to take, it might be the drug most likely to strike fear in the hearts of parents. The drug is powerful, and it’s injected directly into the veins of users. Teens who abuse heroin may have started their drug use career with mild drugs such as prescription painkillers or marijuana, and as their addictions progressed, they may have escalated to heroin for a powerful rush they simply weren’t able to get in any other way.
Heroin is processed from the seedpod of a poppy plant. Very pure forms of heroin that contain no fillers at all are pure white, and they look quite a bit like confectioner’s sugar or cocaine. It’s rare to find this pure form of the drug on the street, however, as it’s prohibitively expensive. Instead, it’s more common for heroin to be sold as a yellow, brown or black powder. This powder is often sold in folded pieces of paper or tiny envelopes. Heroin produced in Mexico is often sold as a sticky black substance that resembles melted licorice or obsidian. This heroin is often sold in twists of balloon, as it would simply stick to paper wrappers. 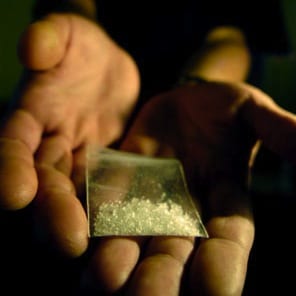 Methamphetamine, or “meth,” is another drug that teens commonly inject, and it can have disastrous effects on the long-term physical and mental health of teens who abuse the drug. For example, according to a study published in the Kaohsiung Journal of Medical Sciences, teens who used meth were more likely to have sex, and they were more likely to have multiple partners, than teens who did not use meth. The drug can also cause long-term changes in the brain that could stay with the teen for the rest of life.Methamphetamine can be sold as a white powder that, again, looks like confectioner’s sugar or cocaine. Some manufacturers mix powdered methamphetamine with other substances to create a crystalized version of the drug. These pieces of crystal meth can be clear, white, yellow or even pink. Meth is often sold in tiny bags. 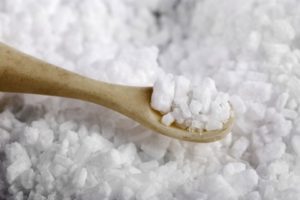 Newer drugs can be difficult for parents to spot, as they don’t look like typical drugs of abuse and they might even be packaged in deceptive wrappers that are meant to fool both parents and the authorities. Parents who do their research won’t be fooled by these tactics, as they’ll know exactly what each package contains and what finding such a package really means.Drug manufacturers in China and Japan are creating new hallucinogenic drugs in a crystalized format that looks a bit like rock salt. These drugs may be odorless and colorless, and they are often packaged in containers labeled: “Bath salts, not for human consumption.” These same packages, however, are usually quite small, containing a half-cup or less of the materials. A lack of scent is also a big clue, as most true bath salts are heavily scented.

These drugs are often marketed as “legal marijuana,” but they are not legal in all states. In fact, according to the National Conference of State Legislatures, at least 43 states have banned some of these substances as of May 2012. More states are likely to follow, as the danger of these drugs become clear.Salvia is sold in plastic or foil bags or circular tins, and these packages might be stamped with catchy slogans or brand names. It might also be labeled simply as salvia. The drug Spice is often sold in similar containers stamped with names such as:

These drugs can vary in appearance, depending on how they are processed and the ingredients they contain, but in general, they tend to look like potpourri or a collection of seeds or stems.

Knowing what the drugs look like is only the first step parents need to take in order to keep their kids safe. Next, teens need to know what the drugs look like so they can also be alert for drug use and abuse in their friends. While most teens are leery of taking substances they don’t recognize or ask for, some teens might be handed drugs at parties and told that they’re vitamins, supplements or simple herbs. Teens with knowledge can avoid these traps and avoid becoming drugged.

Parents might also need to check their teen’s rooms or personal belongings from time to time, especially if that teen is exhibiting signs that indicate drug use is an issue. When drugs are found and identified, parents should then schedule an intervention with the teen and outline why drug use is both harmful and not acceptable.

Sometimes, an intervention is all that’s needed to help teens see the need to stop. See Related: How to Spot Drug Paraphernalia.

Other times, however, teens need help in order to stop. Addictions to some substances can be difficult to handle alone, and teens might need medications, counseling or both in order to heal. If your teen needs this level of help, we at Newport Academy are here to help.

Our programs are specifically designed to reach teens with mental health and substance use issues. We are here any time to talk with you about them. Know that you are not alone. We are here to help.