Heroin use has reached epidemic proportions in the United States. Teenagers are unfortunately experimenting with heroin more as it becomes more readily available. Though many of us find it hard to believe, teens can often obtain the life-threatening drugs from their friends and classmates without too much effort.

As the numbers for teen heroin use increase, so does the concern for children and the effects that heroin abuse can have on the rest of their lives.
Understanding how drug use can affect any child can help save the lives of children heading towards addiction.

Heroin is a narcotic, specifically an opiate, which is derived from the opium poppy illegally grown and cultivated primarily in Burma, Afghanistan, and Colombia. The heroin industry is a very dangerous trade that has been on the increase over the last decade. It is generally available in powder form and can be white to light brown in color. It is also available as tar heroin, which is a sticky, dark substance. 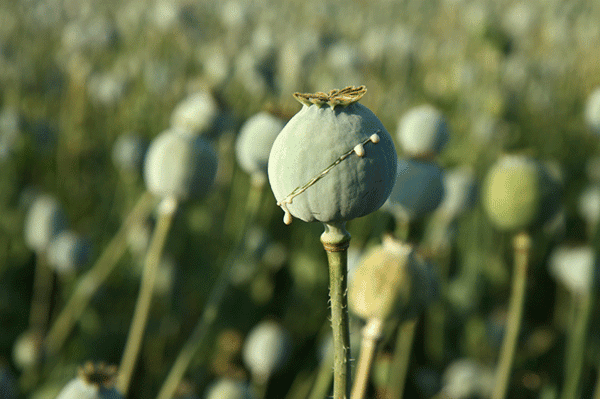 What Is Heroin?
Short-Term Effects
Light or Moderate Abuse
Difference Between Addiction
Compared to Other Illicit Drugs
Trends Among Teens
Myths About Heroin Abuse
Is Treatment Necessary?
Teen Treatment Options

The Short-Term Effects of Heroin

When an individual uses heroin, they experience a state of euphoria. This euphoria makes cognitive thinking difficult, if not impossible. Poor decisions are made and dangerous activity can result.

Once the initial high has worn off or metabolized, the user will become drowsy, sleepy and lethargic. The use of heroin depresses the breathing of the individual who takes it. Because of this, overdosing on heroin can be fatal, even with only one use.
Even short-term regular use of heroin can create these phantom pains, known as rebound pains, and increase the odds of further use of heroin or other types of opiates to relieve the pain.

Opiates have an interesting characteristic in the way they can affect the brain. When opiates are removed from the body, pain messages can develop in the bones and joints, increasing the user’s desire for the pain relief aspects of the original opiate.

Even Light or Moderate Abuse Can Be Deadly

As stated above, heroin can easily be fatal if an individual overdoses on the drug. Because of the euphoric effects of heroin, however, there are many other ways that heroin abuse, with or without an addiction problem, can cost a teen user dearly.

For instance, many teens are new drivers. A teen who abuses heroin may not have the life experience to understand when they are capable of driving and when they are impaired. This can put their lives and the lives of others in grave danger.

Teens who use heroin may be associating with an element of society that operates outside the parameters of the law.

When under the influence of a narcotic such as heroin, the individual’s concept of right and wrong is compromised, and the teen user may find he is more likely to engage in activities he would otherwise avoid, such as theft, unprotected sex or burglary.

The Difference Between Abuse and Addiction

According to the National Institute on Drug Abuse, there is a distinct difference between drug abuse and addiction. An addiction has specific characteristics. The DSM (Diagnostic and Statistical Manual of Mental Disorders) establishes these characteristics for diagnostic purposes. The characteristics include:

The abuse of a drug such as heroin may not meet the criteria listed here for addiction (Heroin Addiction). This does not mean that simply abusing heroin is acceptable, provided the individual does not become addicted. Heroin is a potentially fatal opiate that leads to addiction very quickly.

When compared to the use of heroin, specifically, those numbers fall to 1.3 percent, 1.3 percent and 1.6 percent, respectively. For 12th grade users of heroin in the preceding one year, 0.4 percent admitted they had used the drug.

It is easy to say that very few teens use heroin when compared to other drugs, but percentages can be misleading when we look at the real-life effects of heroin abuse. When considering the population of high school students between the 9th and 12th grades is nearly 15 million, the numbers translate to nearly 200,000 teens abusing heroin, not taking into consideration the 8th graders included in the study figures.

Trends for Use and Abuse Among Teens

Heroin use among teens has been holding steady, with slight rises and falls over the past four years. One trend that is noticeable in the most recent study is the leap from 1.3 percent of 8th graders and 1.3 percent of 10th graders who have abused heroin in the year prior to the study to 1.6 percent of 12th graders who used in the preceding year. Based upon this information, it would seem that the latter years of high school pose a higher risk for exposure to, and use of, heroin among teens (More: Heroin Abuse Statistics).

Today’s pop culture and media influences often portray the ‘typical’ heroin user as a stereotype taken from the darkest images they can come up with. The truth is far different from what the average individual might believe.

Myth: People who use heroin are homeless, poor, jobless or runaways.

The truth of heroin abuse is far different from the images of homeless men or women, or boys and girls, living on the street. Heroin abuse and addiction affects people in every socioeconomic and racial demographic and does not discriminate between the career-minded student from a stable, established home and the child of a drug user.

Myth: People who use heroin are criminals.

Heroin is a powerful drug and once addiction has set in, it is conceivable that an addict might break the law to obtain more drugs or the money to buy them. Heroin abuse, on the other hand, has not yet created the mindset of addiction. The teen heroin abuser may be high functioning, keeping up with their schoolwork and simply spending his or her allowance or the paycheck from their part-time, afterschool job on the drugs they are consuming.

Myth: People who use heroin will have injection marks, also known as ‘tracks,’ on their arms.

Heroin can be ingested in several ways, only one of which is intravenous. Teens can also inhale the powder which leaves no outward sign. Many heroin users hide their use of drugs by injecting the drug into parts of their body that aren’t readily visible, such as between their toes or in their groin area.

Myth: It is easy to recognize a heroin user by their demeanor.

When a teen begins to use drugs, depending upon the frequency of use and the amount they are taking, their lifestyle will begin to change. School and old friends may become less important to them. Their grades may begin to suffer. They may begin to talk about their futures with less enthusiasm. They may become secretive and spend less time with their families. All of these are signs that a child may be using drugs, including heroin. Unfortunately, these changes may occur so gradually that the casual observer does not notice.

Is Treatment Necessary if There Is No Addiction?

Drawing a line, even a fine one, between abuse and addiction is a tricky proposition.

Many parents believe that simply telling their teen to stop abusing heroin or restricting their activities and associations will solve the matter before it becomes ‘a problem.’ This is dangerous thinking in many cases because drug abuse is already a problem.

For the lucky individuals who discover a drug abuse problem prior to an addiction by the strictest definition, treatment is still incredibly important. Many teens who choose to experiment or use drugs suffer from other mental conditions that may not have been properly diagnosed or recognized. A few of these issues may include:

Finding a qualified treatment center that is familiar with Dual Diagnosis procedures to uncover the root cause for the teen’s drug abuse can prevent a drug abuse issue from growing into an addiction that can cause even more damage.

There are several options available if a teenager is abusing heroin. The first is an intensive outpatient treatment plan that will include Cognitive Behavioral Therapy (CBT) to help them retrain their thought processes and actions concerning stress, depression or other issues.

Inpatient therapy at a qualified residential facility is another option. In this setting, the teen can concentrate on finding new and better ways to deal with any emotional issues or previously undiagnosed mental illness from which they may suffer.