Every day, according to the Office of Applied Studies, 653 adolescents try cocaine for the very first time. Teens who try cocaine may find that the drug provides a powerful and unfamiliar sense of euphoria. This feeling, and the chemical changes that occur can lock a teen into an addictive pattern. Health concerns of cocaine abuse are especially important for teenagers.  Teens often lose control and continue to use cocaine, even when it is no longer pleasurable.

According to research outlined in Science Daily, the brain structure changes when an adolescent uses cocaine. When an adolescent brain is exposed to cocaine, the brain “rewires” and is more receptive to the drug. Exposing the adolescent mind to cocaine makes the brain more vulnerable to the effects, resulting in addiction. Scientists have yet to determine if it’s possible for the brain to return to its original pre-abuse state.

Teens who abuse cocaine on a regular basis may experience changes in the way their brains create or process dopamine. The brain attempts to provide protection from an overdose of dopamine, and these changes can have harmful effects when the teen attempts to stop using cocaine.

Damage to a Growing Brain

Dopamine is used by the body in order to:

Dopamine is also used to regulate mood. When teens attempt to stop using, they experience low levels of dopamine due to the adjustments in the brain. These low levels of dopamine can result in feelings of depression and low self-esteem. According the American Journal of Psychiatry, the link between cocaine use and depression is strong, and can lead to suicide. Cocaine abusers may live with symptoms of depression for years if they do not seek treatment.

The Risk of Addiction 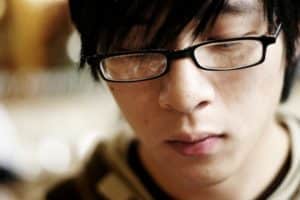 According to the American Journal of Psychiatry, researchers found that most teens started their cocaine addictions by drinking alcohol or using marijuana. It’s unclear why teens move from using depressants to a stimulant such as cocaine, but this path leads many teens to a battle with substance use disorder.

Research suggests that cocaine is much more addictive when compared to almost any other drug, including alcohol and marijuana. In a discussion of the health concerns of cocaine abuse, addiction tops the list.

Cocaine works by attaching to brain receptors that release and recycle dopamine. This feel-good chemical is normally released in small amounts in response to a pleasurable signal, and recycled by the same brain cells. Cocaine blocks this process, leaving large amounts of the chemical left floating in the brain. This produces a huge sense of euphoria.

Research suggests that adolescents are undergoing major brain changes, thus are particularly susceptible to changes in dopamine levels. As a result, the high they feel from cocaine is usually more intense than what an adult may feel.

In addition to triggering depression, cocaine abuse can also cause a variety of other mental illnesses. The National Institute on Drug Abuse reports the following mental health issues attributed to cocaine abuse:

Mental illnesses aren’t uncommon in teens who abuse drugs. In fact, according to a study in the Journal of the American Academy of Child and Adolescent Psychiatry, 82 percent of teens who enter treatment facilities for addiction also have a mental illness. It’s possible that some of these teens had underlying mental illnesses for years, and resorted to substance abuse as a way to help them control their symptoms and feel better about their lives. But in the case of cocaine abuse, it’s also quite possible that teens develop mental illnesses due to the addictions they’ve developed. The drug is simply too strong, and the damage it causes to adolescent brains is severe.


Cocaine and the Body 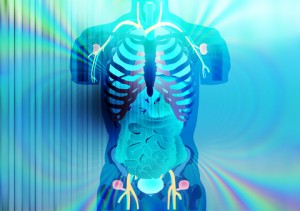 Cocaine decreases blood vessels, and depending on the route the teen uses to take cocaine, a variety of health problems can result. Teens who snort cocaine, for example, might develop atrophy in the blood vessels that line the nose, and they may develop nosebleeds or dying tissues as a result. Teens who ingest cocaine may develop bowel gangrene due to reduced blood flow in the intestine. This can be a severe and hidden problem in teens who might hide their symptoms from their parents for many weeks or months.

Cocaine can also work directly on the heart, and people who abuse cocaine can develop sudden heart attacks, and they can die in the process. It might be easy to discount this risk by claiming that young people have healthy hearts, and are therefore not prone to cocaine-related heart issues. In reality, anyone who abuses cocaine is at risk for heart trouble. In a study in the New England Journal of Medicine, researchers state that:

It’s clear that anyone who abuses cocaine, regardless of whether or not they were previously healthy, is at risk for heart attacks during use.

Those who abuse cocaine may also develop seizures, especially if they combine their cocaine use with the use of alcohol. The two substances, when mixed within the body, can create a third substance, which can intensify the euphoria linked with cocaine, and make sudden death more likely. According to a study published in the American Journal of Medicine, about one in four heavy users of cocaine will lose consciousness during use, one or more times. Those who mix cocaine and alcohol may experience seizures and a loss of consciousness even more frequently.

Addictions to cocaine can bring about terrible consequences, but teens who choose to get help may be able to leave the drug behind for good. While there have been no medications developed to specifically target the damage done by cocaine abuse, many people find that therapy, used in combination with antidepressant medications, has been an incredible way to help them stop abusing this dangerous drug.

If your teen is abusing cocaine, please call us. We can help you determine if we’re the right program for your teen.  At Newport Academy, we provide help to teens who are struggling with substance abuse. Teens who enroll in our programs successfully complete 95 percent of treatment. If your teen is struggling with cocaine abuse, please contact us for help. We will provide your teen and your family with the help you need to reverse the damage of cocaine abuse.