Widespread drug use across the country is a serious issue and calls for substance abuse treatment, and CT is no different. The Connecticut Drug Control Update from the Office of National Drug Control Policy Program (ONDCP) reports the following teen drug use fact:

Connecticut is among the top 10 states in the country when it comes to addiction to illicit drugs among those between the ages of 18 and 25.

Overall, about 8 percent of Connecticut’s residents report that they regularly use illicit substances. This in turn affects youth mental health as a whole and requires treatment for substance abuse in Connecticut.

It’s a problem that has serious consequences. The ONDCP also reports that 444 Connecticut residents died as a direct result of using drugs in 2007. This number is higher than the number of people who died due to firearm-related events or car accidents.

Families with a teenager who is struggling with substance abuse in Connecticut find these statistics more sobering than most. Research has shown that the earlier a teenager begins experimenting with illicit substances, the more likely it is that they will develop an addiction.

Additionally, they take on risks in their daily lives that include:

These issues can be addressed when your teen undergoes a comprehensive substance abuse treatment program. These programs would be available at a teen treatment center-cum-Connecticut mental school that addresses both substance abuse and mental health.

The most commonly abused drug in Connecticut is heroin, according to the Substance Abuse and Mental Health Services Administration (SAMHSA). They report that heroin was most commonly used by patients who entered substance abuse treatment in CT.

Next in line were, in order of preference:

The most commonly abused drugs among teens? Alcohol and marijuana. But over the past few years, use of prescription drugs–both stimulant and opiate painkillers–has started to increase as well as the abuse of inhalants. Also, the use of technically “legal” synthetic substances like spice and K2 and over-the-counter medications like cough syrups has gone up.


The Range of Substances 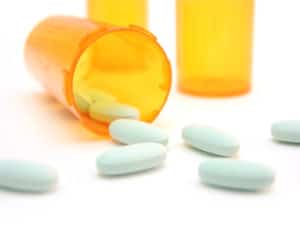 Many parents believe that alcohol and marijuana are the biggest threats to their teen. While these substances should be avoided, there are other issues that can be just as dangerous to kids today. Here are a just a few signs of the changing times when it comes to teen drug use and abuse:

The US Department of Health and Human Services Office of Adolescent Health reports that the use of alcohol is still one of the largest problems. In a survey conducted in 2012, they found the following among high school teens in Connecticut.

Research has shown that the younger a child is when he first begins experimenting, with alcohol, the more likely it is that they will develop an addiction and youth mental health problems. It’s not an issue that should be ignored or written off as a “normal” part of growing up. Fortunately, there are options for alcohol rehab in CT. Parents are urged to take immediate action in the form of substance abuse treatment in CT if they believe their child is drinking in any amount.

Additionally, the issue of prescription drug abuse and dependence among teens has become an increasingly larger problem over the past decade also affecting CT mental health. The Connecticut Department of Consumer Protection Prescription Monitoring Program found the following teen drug use facts and statistics.

Also, they report that it is exceedingly common for teens to mix prescription drugs with other substance like alcohol. This results in a notoriously potent combination that can lead to overdose. They also may take pills they find in their family medicine cabinet in larger-than-recommended doses.

Because of the growing trend of teen prescription painkiller abuse, more and more kids lose their lives to overdose.

The result has been an increased awareness of the problem among parents and in the community at large. Ultimately, drug “take back” days have been implemented across the state in an effort to provide a safe, no-questions-asked location for families to get rid of unwanted or unneeded prescription painkillers, thus decreasing the supply available to teens in the hopes to improve CT mental health. Unfortunately, many teens in the state have already developed an opiate dependence and, in order to maintain their addiction and avoid the painful withdrawal symptoms that occur when an addicted person is without their drug of choice, they often turn to heroin.

Heroin is just as dangerous as prescription painkillers and can as easily lead to overdose or accident while under the influence.

CT Mental Health is at Jeopardy

In general, any sign of drug or alcohol use of any kind is a red flag signifying a situation that requires your immediate attention. But if you’ve missed the initial uses of drugs or alcohol in your teen, you may notice some or all of the following changes if substance abuse has become a chronic issue:

The earlier you intervene and help your teen to stop using drugs and alcohol of all kinds, the more likely it is that he or she will be able to make long-term, positive changes. If you believe that your child would benefit from teen-specific treatment, contact a treatment program today to find out more about ways you can help your teen and your family.