Hallucinogens are making a comeback in Chester County, Pennsylvania. Reports say that LSD is a large problem for residents of Chester County.

Families who find signs of LSD may not initially recognize it. It’s not marijuana or alcohol that many believe are the sole drugs of abuse for teenagers. The drug comes in small sheets stamped with different colors, words, and/or designs. It can be stored in a small plastic bag, an envelope, a pill bottle, or any number of small containers. To parents, it may look like nothing. But to teens who use the drug, it can mean consequences. In addition, emotional and mental health issues, and academic problems.

If a teen is abusing LSD or any other substance, don’t hesitate to reach out to us at Newport Academy. We are a teen rehab facility focused on healing the family.


In the News: LSD in Pennsylvania

A number of local news stories illustrate the problem of LSD in Chester County really is. These include:

At first glance, LSD and hallucinogenic drugs seem to go back to hippie days. Thinking of them brings back multicolored images of a phantasmagoric past. To anyone who remembers the 1960s, it seems like a faraway time.

Yet, the LSD and other hallucinogens are present today are concerning. Furthermore, use seems to be spreading in Chester County and Pennsylvania. A new generation has discovered the drug and all-night “raves,” dedicated to dancing and drugs are popular. 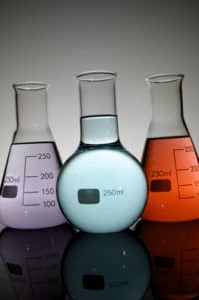 Created in 1936 in Switzerland by chemist Albert Hoffman, its psychoactive qualities only gradually became known. Hoffman accidentally ingested some in 1943, then, intentionally took a measured dose. Sandoz put the drug on the market in 1947. Shortly after, the American CIA became interested in LSD, and in the 1950s the organization began a series of experiments.

What ensued next was a decade-long trip where music, drug experimentation, politics, and other cultural phenomena came together. Hence, this time is known as “the Sixties.” In addition, many promising minds appeared to deteriorate under the drug. However, unlike other drugs being marketed, LSD never claimed a confirmed death by overdose. The deaths that have occurred have resulted from dangerous behaviors while under the influence, not the drug itself. 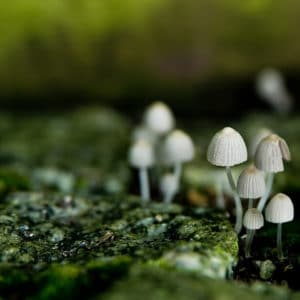 Psilocybin mushrooms have a history that is parallel to LSD. However, their use for religious purposes stretch back thousands of years. “Magic mushrooms” benefited in popularity among drug experimenters in the late 1960s as LSD began to receive negative press. Many thought that organic, naturally occurring drugs such mushrooms were less toxic than synthetic ones like LSD. Overall, there is little scientific research to the short- and long-term effects of the drug.

The effects of LSD and mushrooms are similar. Users report that “good trips” are most likely experienced when the user takes the drug in the company of positive friends.

During a bad trip, the user appears to lose control of the situation. Bad trips are an exercise in fear, a seemingly endless panic attack, that often leads to hospitalization. In addition, the worst cases can cause accidental death or suicide. There is no way to predict a bad trip. The quality of the experience seems to be situational. Furthermore, it’s not dependent on the particular batch of the drug or even the quantity consumed. This degree of unpredictability is part of what makes it dangerous for teens. Teens are in flux emotionally, mentally, and hormonally without drug use of any kind. Hence, these kids may not be able to process a bad trip without disastrous consequences. 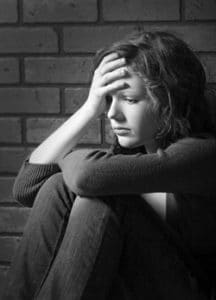 LSD and “magic mushrooms” are not physically addictive. But they may cause psychological dependence. Some degree of tolerance has been reported. Perhaps chief among the long-term effects of LSD is the phenomenon of “flashbacks.” Though not confirmed in scientific studies, there is anecdotal evidence documenting this phenomenon.

Put simply, a flashback is a repeat, usually less intense version, of a trip that occurred in the past. Both positive and negative elements of the original trip can occur during a flashback. They can often be triggered by the ingestion of another, non-hallucinogenic drug such as marijuana or alcohol.

Scientists have been unable to describe the mechanism of the flashback, and there is considerable skepticism about them in the scientific community. Only about 30 percent of users report them, yet this is a relatively high percentage.

Users also report developing psychosis as a result of LSD consumption. Many psychosis cases disappear within a few days following ingestion of the drug.

Another disorder, hallucinogen persisting perception disorder (HPPD) is identified in some subjects. In this disorder, visual changes continue to afflict users, changes which are persistent, not brief and temporary, as are flashbacks. HPPD can become a chronic condition for some users and should not be taken lightly.


Get Treatment for Your Teen Today at Newport Academy

There are more physically dangerous drugs than hallucinogens. And some are more addictive ones as well. One major issue for teens who abuse these drugs is combining. Most are also abusing marijuana, alcohol, and other substances as they become available.

Any drug use by young people can be psychologically damaging and inspire risky, potentially lethal behavior. If someone you know is using drugs you can take action today. Call us here at Newport Academy for further information and find out how we can help.