Nutrition And Mental Health Therapy at Newport Academy includes learning to think about the future in positive terms. Nurturing vegetables to maturity is one way.

Light streams down from high windows in Newport Academy’s dining room, which is filled with long rows of tables at which young people sit in clusters eating lunch. In the distance you can see a pond stocked with fish, and beyond lies a multi-purpose yurt which carries a smell reminiscent of dried herbs and hewn wood. In the kitchen adjoining the dining room a line cook folds lemon and garlic into firm, not-from-a-can chickpeas, while a busy chef stands in front of a crowded stove spooning browned butter over a steak in a pan. It’s not what one generally expects from an inpatient treatment facility designed exclusively for young people between the ages of 14 and 20.

As far as mental health treatment facilities go, Newport Academy is conspicuously nice, and the same can be said for the food. Jeffrey Merritt, the chef de cuisine at Newport Academy’s Connecticut facility (they also have programs in California and Pennsylvania), says they tend to prepare foods, but particularly vegetables, in a way that’s simple and approachable. “A lot of kids after they’ve been here for a few days will start eating the greens and start trying the vegetables.”

The organic, freshly prepared meals are more than just a reflection of the clean, vaguely Nantucket-y environment. The meals are also an opportunity for wounded teenagers to connect with their bodies, their feelings, and those around them. 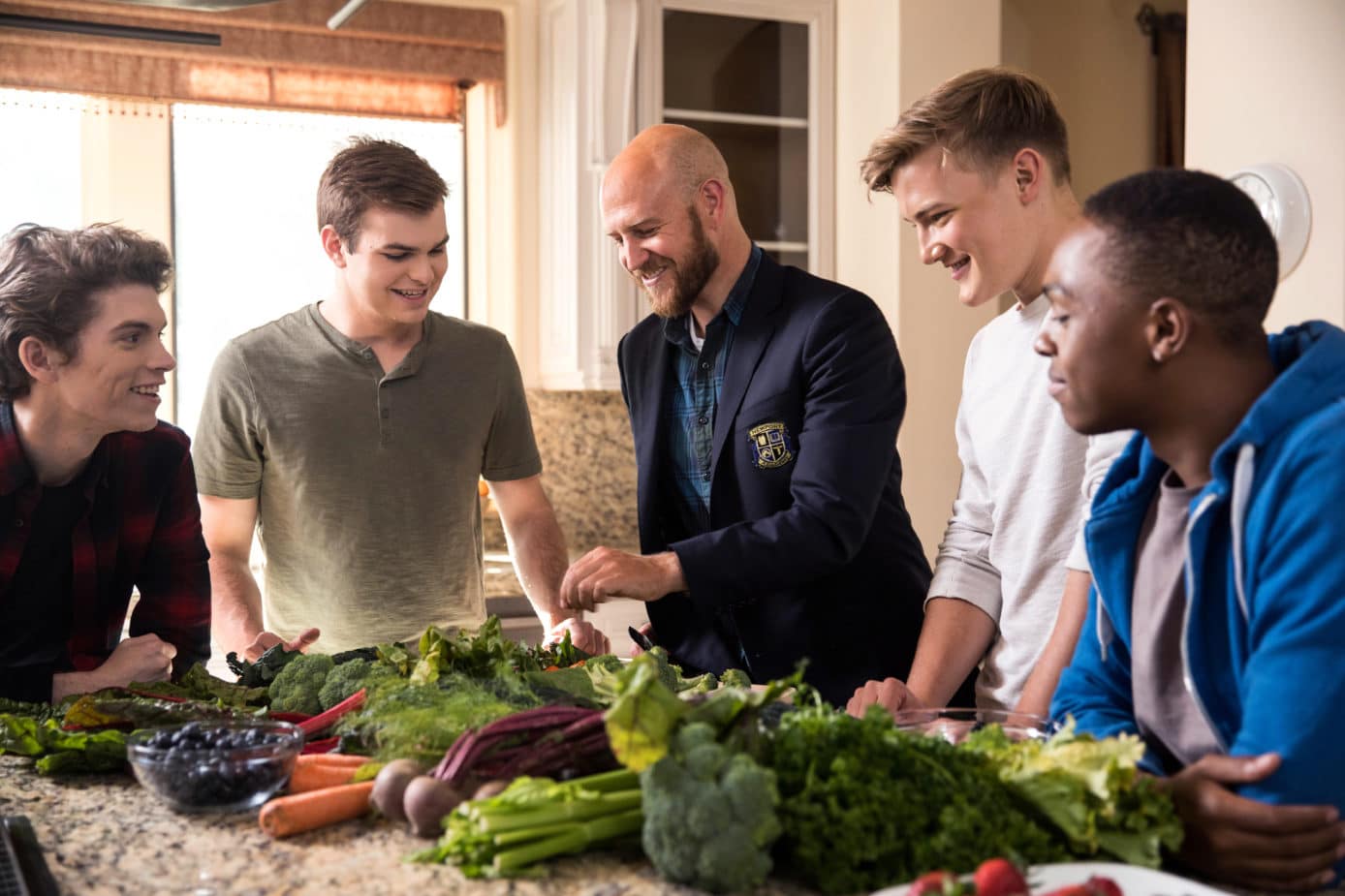 Zurofsky says that a significant challenge with feeding the teens in the program is matching a need for health and wellness with their preexisting habits. The reasons that bring teens to Newport Academy are numerous and include drug and alcohol abuse and dependence, self-harm, past trauma, disordered eating, and serious mental health concerns, of which the most common symptoms are significant depression and anxiety. Eating healthily is often not high on the list of priorities for many of these teens.

Zurofsky says that it can be a tough transition for the kids who enter treatment with them. “They come in, they get their phones taken away, they go through detox, they’re away from their families. They’re all of a sudden put into rooms with new friends, or not friends, who knows, and tensions are high.”

These problems are then potentially compounded by removing familiar, addictive foods. “When you start to take away things like refined sugar, or pizza and mac and cheese, leaving aside the kids who are coping with disordered eating or eating disorders, you’ve got these other kids who are used to eating whatever they want, whenever they want it, however they want it,” Zurofsky explains. 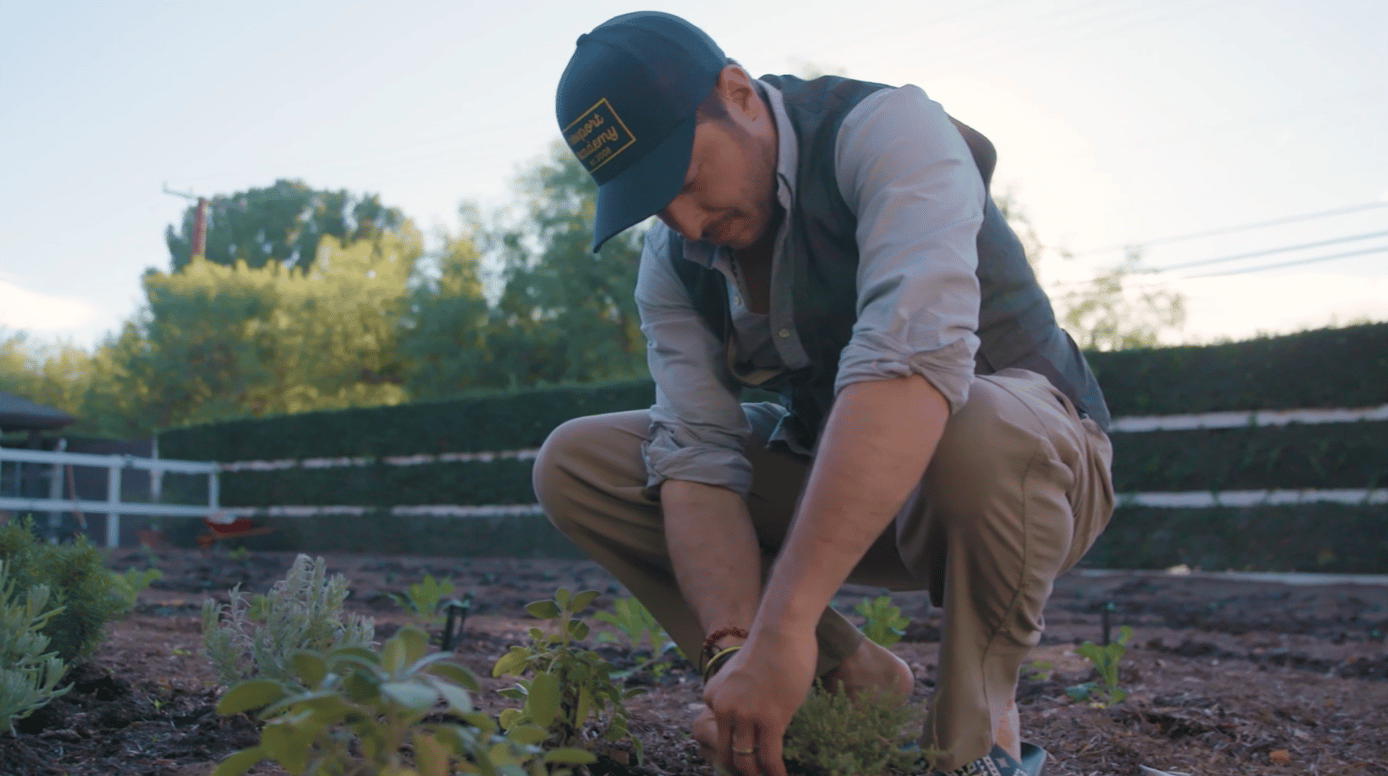 He doesn’t describe it this way, but it seems similar to the effort that goes into establishing or maintaining sobriety. It’s not just about a physical addiction: It’s also about finding comfort and meeting needs, but unfortunately in a way that’s ultimately harmful. You can’t get addicted to pizza (although some would probably argue with that statement), but for a teenager whose brain has been wired on sugar-enhanced processed foods, transitioning to organic vegetables, whole grains, and lean proteins is going to be a real challenge.

The therapeutic benefit doesn’t lie just in changing diet, though. The plants the teens at Newport Academy raise are often not ones they themselves will eat. Ted Guastello, Vice President of Operations for Newport Academy (who is also a Certified Addictions Treatment Counselor and Registered Addiction Specialist), says the typical length of stay is 45 to 90 days. Depending on what’s growing, that may not be enough time to see something go from planting to harvest. The end result is that growing food for others becomes an act of service, and a way of thinking about the future needs of a person who hasn’t even arrived yet.

“At a base level we recognize and embrace the physical and physiological elements of food as it relates to mental health and health and wellness in general,” says Zurofsky. But he also says there’s healing to be had in the communal experience of the meal itself.

When Guastello gives me a tour of the facility and we walk through the dining room we’re met by at least a few closed off and suspicious faces, and I totally get it: “Sullen glare” was basically my default facial expression from ages 14 through 18. But we’re also met by laughter and people saying hello, and kids really diving into the food being put in front of them. It probably doesn’t hurt that today it’s butter-basted steak, but getting a bunch of teenagers from disparate backgrounds who are participating in rigorous therapy to enjoy both themselves and each other speaks to the strength a communal meal can provide. Plus, at least some of the vegetables served during their meal were grown by those who received treatment before them. It’s rare that someone else’s therapy has such a tangible impact on an unrelated person further down the line.