To this day, Emma*, 19, can’t step foot in her childhood home without having flashbacks to the most terrifying moment of her life. Three years ago, a loud banging woke her up in the middle of the night. She jumped out of bed, rushed out of her room, and stopped cold with fear: Her big sister, now 22, lay unconscious on the living room floor. “She looked just…gone,” Emma says. “I lifted her arm, let it drop, and it collapsed to the ground. I remember thinking, Is this it?”

It felt like she was trapped in a bad dream—only this was real. Her brother, now 23, shook her sister’s lifeless body, screaming into her face, “Come on, you can do it!” Her dad was on the phone with the police, his voice panicky. The family dog was barking like crazy.

Emma soon learned that her sister had overdosed on heroin. Her siblings had been shooting up together when she collapsed in the bathroom. Emma’s dad broke down the locked door, dragged her out, and called 911. The paramedics were able to revive her, and she was released from the hospital after a couple of harrowing hours. 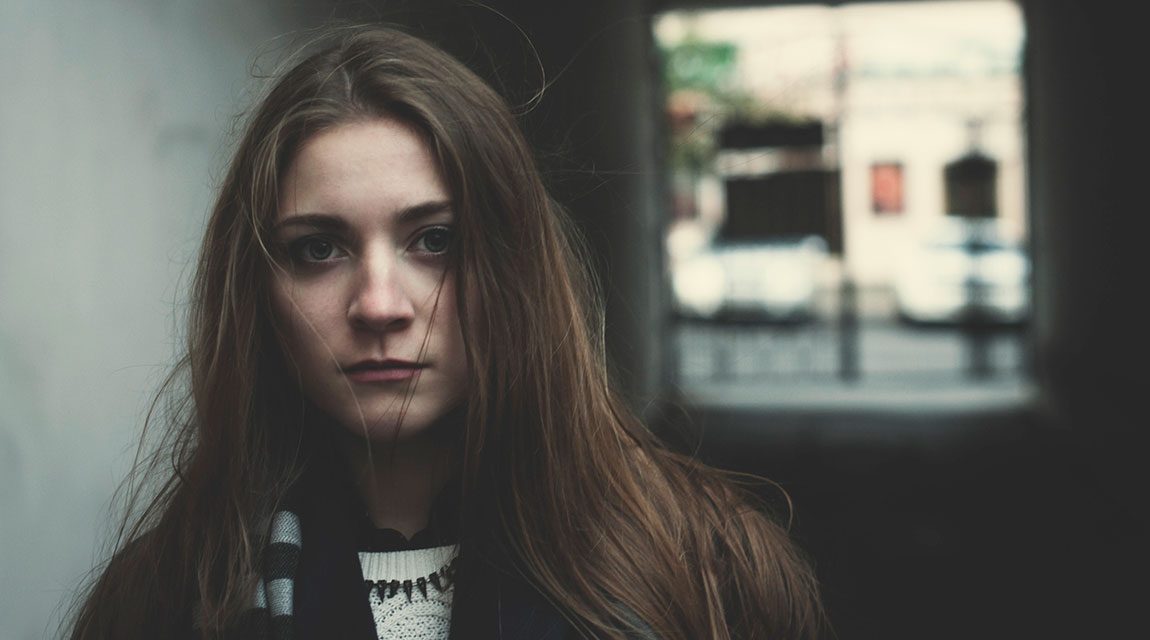 But many people aren’t as lucky. Fatal drug overdoses more than tripled to 52,404 between 1999 and 2015, and the majority of them involved an opioid. Millions of others are at risk for a similar fate: In 2015, more than 1.1 million people between the ages of 12 and 25 reported misusing prescription pain relievers in the past month, and 238,000 had used heroin in the past year.

Of course, heroin has been around for ages. So why is the overdose death rate surging right now? Part of it is thanks to the overprescribing of opioids in recent years. In 2012, physicians wrote 259 million painkiller prescriptions, enough for every adult in the country to have a bottle, and in the 2000s 80 percent of opioid users got their first taste through prescription pills. According to the National Institute on Drug Abuse, prescription opioids are similar to heroin and act on the same brain systems. 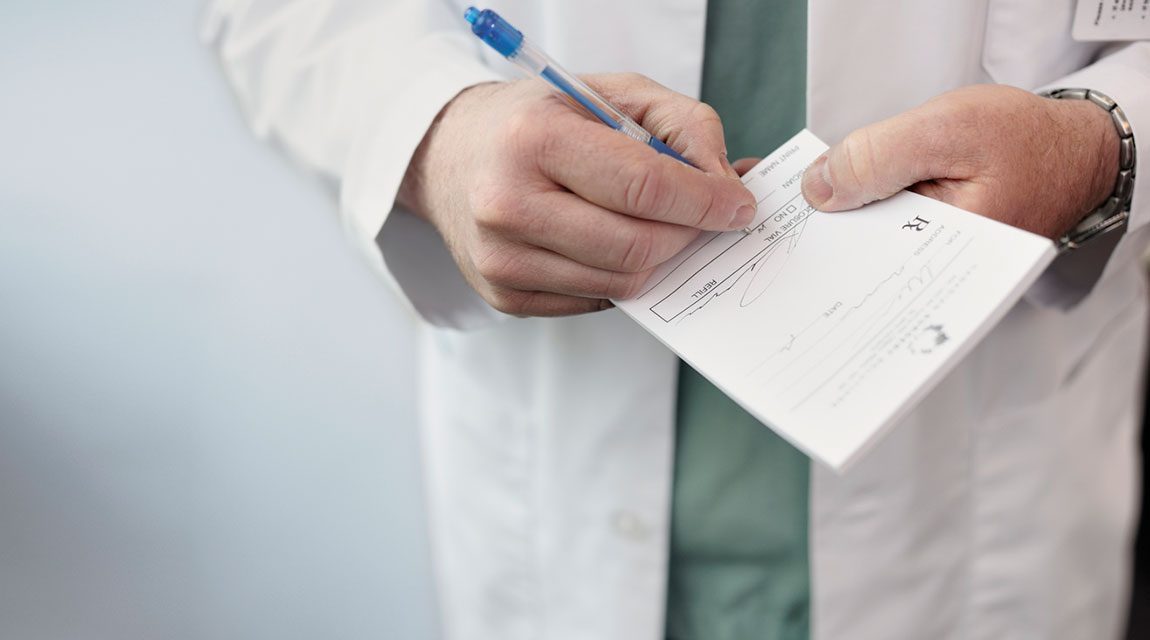 “Because it is often mixed with these sinister and hard-to-regulate narcotics, even microscopic amounts of heroin can be lethal,” David Wilkinson, M.D., former medical director at the Foundry Treatment Center in Steamboat Springs, Colorado, tells Teen Vogue. “Trying heroin even once is like playing Russian roulette. What’s more, people who aren’t dependent users and think they can handle it often die with the new mix.” According to the DEA, law enforcement officers and drug-sniffing dogs are at risk of dying from simply inhaling or touching trace amounts of the chemical.

Finally, an analysis from the National Bureau of Economic Research suggests that measures to reduce painkiller misuse by reformulating OxyContin may have inadvertently set off a heroin epidemic. Upon discovering that Oxy had become more difficult to crush and therefore misuse, people addicted to drugs are seeking out alternatives, which are much more hazardous.

So, what makes these drugs dangerous to begin with?

First, it’s important to understand how they work—and why they feel so pleasurable.

Your body releases small amounts of naturally generated opioids—endorphins, and more indirectly, dopamine, and serotonin—in response to pleasant experiences, like a walk on the beach, a romantic encounter, or doing well on a test. “Some of your opioid receptor sites are located deep in the most primitive parts of the brain involved with breathing,” says Dr. Wilkinson. “When you overdose, the receptors get overwhelmed, which depresses your respiration.” Your breathing slows, and your brain and heart don’t get the amount of oxygen they need to function. Eventually, you lose consciousness, stop breathing, and suffocate. 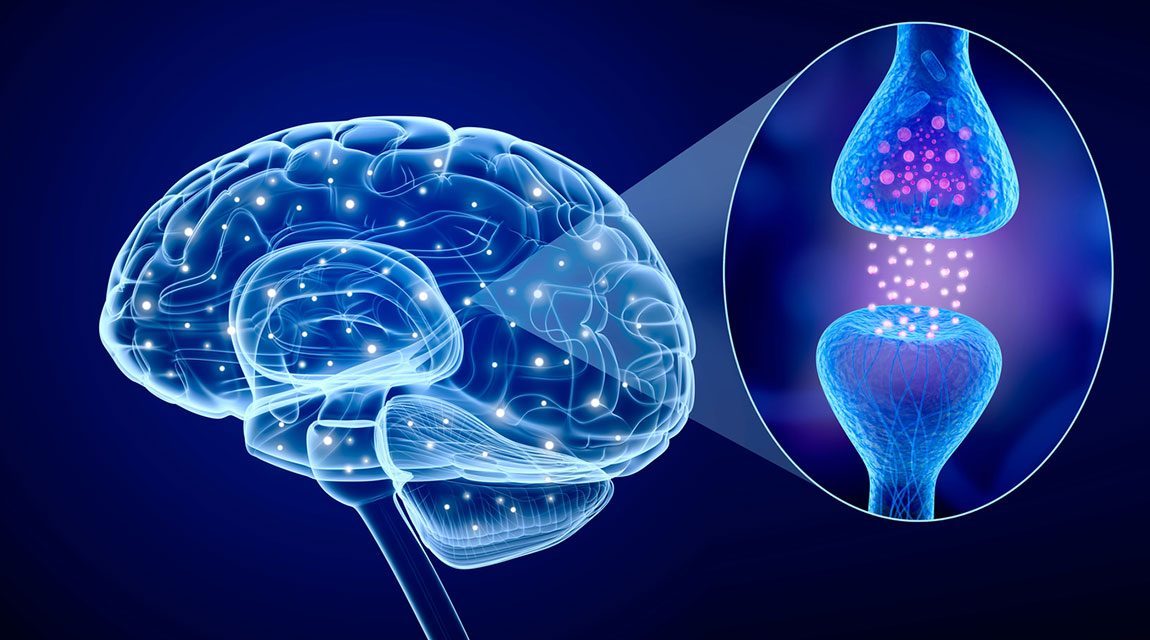 Even if you do survive, you can suffer anoxic brain injury. “When you aren’t getting adequate oxygen, your brain cells die, which can severely interfere with who you are and what you are able to do,” Dr. Wilkinson says. The outcome can be as extreme as remaining in a vegetative state for the rest of your life where you’re unable to function independently, or can manifest in more subtle, yet tragic, consequences: speech, vision, or hearing difficulties; impaired cognition and motor skills; and poor emotional regulation.

“At first I thought, What am I getting myself into? But then I figured, I’d come this far—and I didn’t want to miss out.”

Emma had always looked up to her sister — so much so that at 14, she started using heroin as a way to bond with her. “I knew my brother and sister were using drugs, and I wanted to look cool to them. It gave us a connection that made us closer,” she says. She and a friend started experimenting with a variety of pills, and eventually stumbled upon opioids.

They’d each take a pill to party on the weekend (she’d save up her lunch money and skip meals in order to purchase a $30 tab), and after a month or two it turned into a daily habit. “I remember waking up one Monday morning and I couldn’t get out of bed, go to school, or do anything,” Emma says. “I was shaky and sick. I couldn’t exist without the drug.”

Six months after swallowing her first pain med, she made the switch to heroin. “My friend convinced me that it was cheaper. It cost $50 for 10 bags, which would last me at least a couple of days,” she says. “At first I thought, What am I getting myself into? But then I figured, I’d come this far—and I didn’t want to miss out.”

Drugs have devastating consequences on your body

Obviously, drugs have devastating neurological and physical consequences, even if you don’t OD—and heroin soon began taking a toll on Emma. She quit a sports team because she wanted to get high on Friday night and couldn’t make it to practice the next morning. She was also stealing money from her dad. “I was completely numb, and I lost my grip on reality,” she says. “It stunted my growth as a person.” She gave up the positive things in her life and couldn’t resist the intense, albeit temporary, euphoria that opioids yielded.

“Opioid misuse can completely consume one’s daily existence,” says John F. Kelly, Ph.D, associate professor of psychiatry in addiction medicine at Harvard Medical School and founder and director of the Recovery Research Institute. “Over time, it takes on an abnormally high priority, where your sole aim from the moment you wake up is to get, consume, and experience the drug—at the expense of relationships, food, and all other normal human necessities. It hijacks your brain and your life and can ultimately lead to self-destruction.” 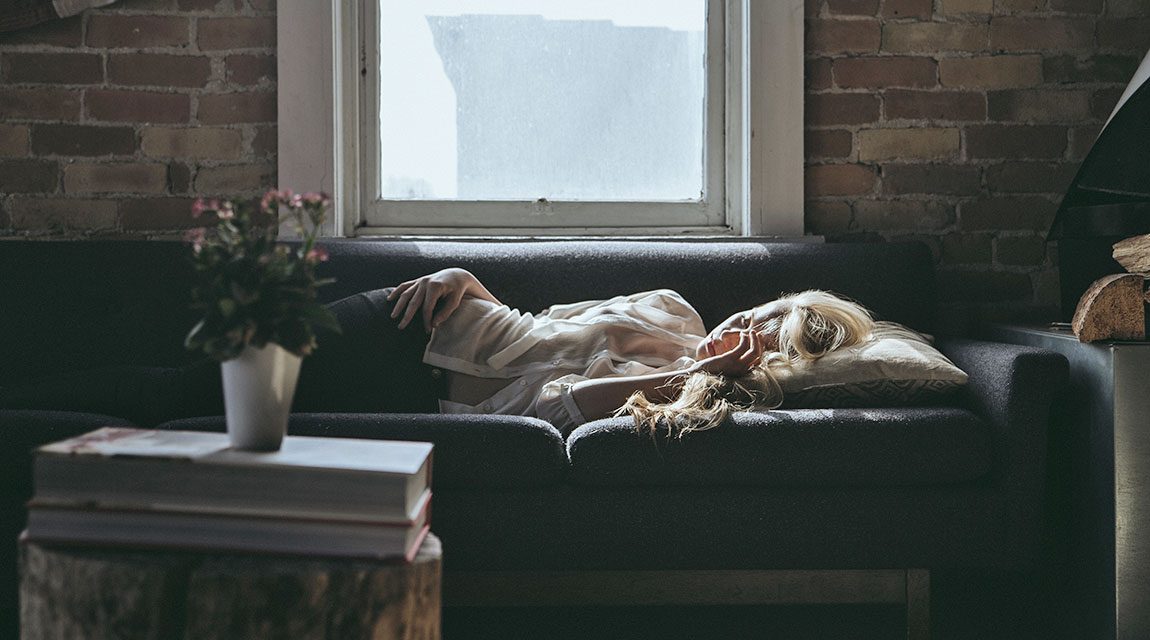 “The drugs change the morphology of your brain’s opioid receptors and interfere with your ability to produce natural opioids,” Dr. Wilkinson says. “Once you replace your … passion with opiates, it hinders your excitement for life and triggers myriad spillover side effects.” You start doing poorly in school, lose your job, eat poorly, can’t maintain relationships, accrue a criminal record, miss out on milestones…the list goes on and on.

Teens are at a greater risk for substance abuse

What’s more: Teen users are at greater risk than adults of developing a dependency. “The brain is in a critical and vulnerable period of growth during adolescence,” Dr. Kelly says. “While opioids can be administered effectively in limited quantities for the purpose of dealing with pain, if you take high doses for an extended period of time, it will fundamentally alter the structure and functionality of the teenage brain in a more radical way than if you were exposed to the same dose later in life.”

That’s because you’re still in the process of actively building neural pathways. Every time you misuse opioids, you reinforce the circuit to addiction—eventually, your malleable brain can become hardwired to crave that high. “Early exposure to drug misuse increases your risk of addiction by 5 to 10 times, independent of other factors,” Dr. Kelly says.

And that’s not the only danger. When your mental resources are focused entirely on drug consumption, it’s at the expense of cultivating other skills, be it the ability to concentrate on your schoolwork or to use teamwork during sports. In this way, brain cells operate just like the muscles in your body: Without exercise, they’ll atrophy. “Essentially, if you don’t use it, you’ll lose it,” Dr. Kelly says. “Mother Nature keeps the neurons that are best suited to help you with your current environment and life circumstances—the others get cleared away.” 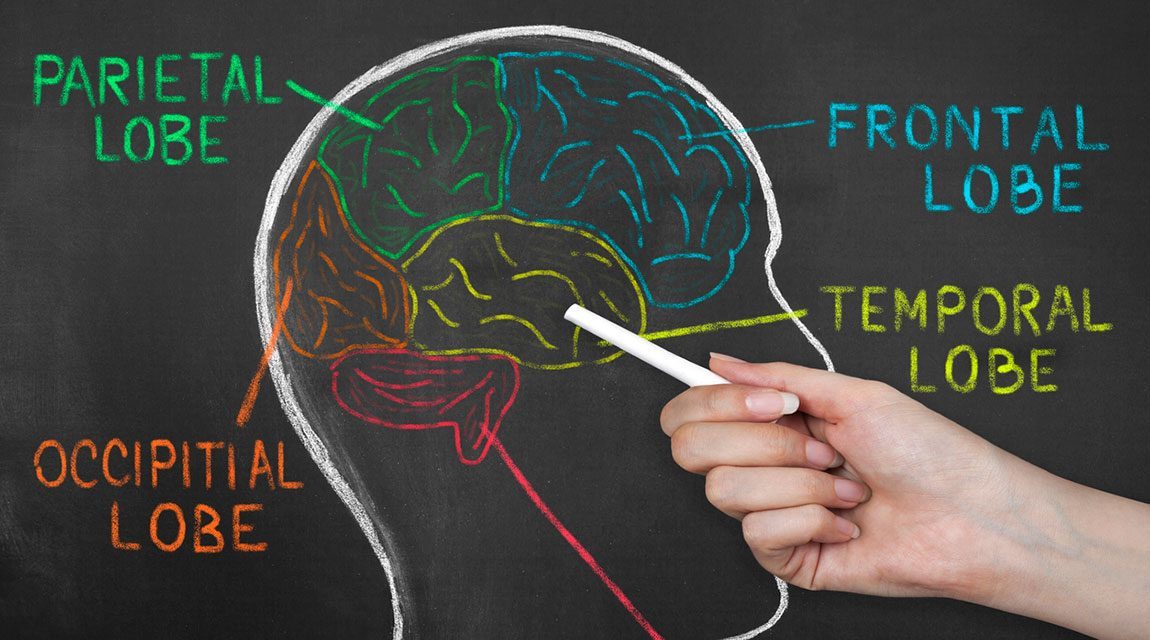 Substance abuse affects both the body and mind

Opioid misuse can also provoke epigenetic mental disorders, from depression to anxiety to psychosis. “You may have a susceptibility to a psychological illness that only manifests upon exposure to certain triggers, such as a drug,” Dr. Kelly says. In other words, being under the influence of opioids can unleash underlying conditions that you’re genetically prone to but that are normally kept at bay.

Another complication is that opioid misuse stunts your emotional maturity. When you’re using drugs to self-medicate, “you don’t have a chance to build the skills you need to tolerate stress in your daily life,” Dr. Kelly says. “Often, people’s emotional development regresses to the point when they started using drugs heavily.” For example, someone who started using drugs at age 15 and has been addicted for 10 years would still have the E.Q. of a 15-year-old—despite being 25. The lack of developed coping mechanisms also hinders recovery, which is why teens addicted to drugs often have an even steeper hill to climb than those who get hooked in adulthood. 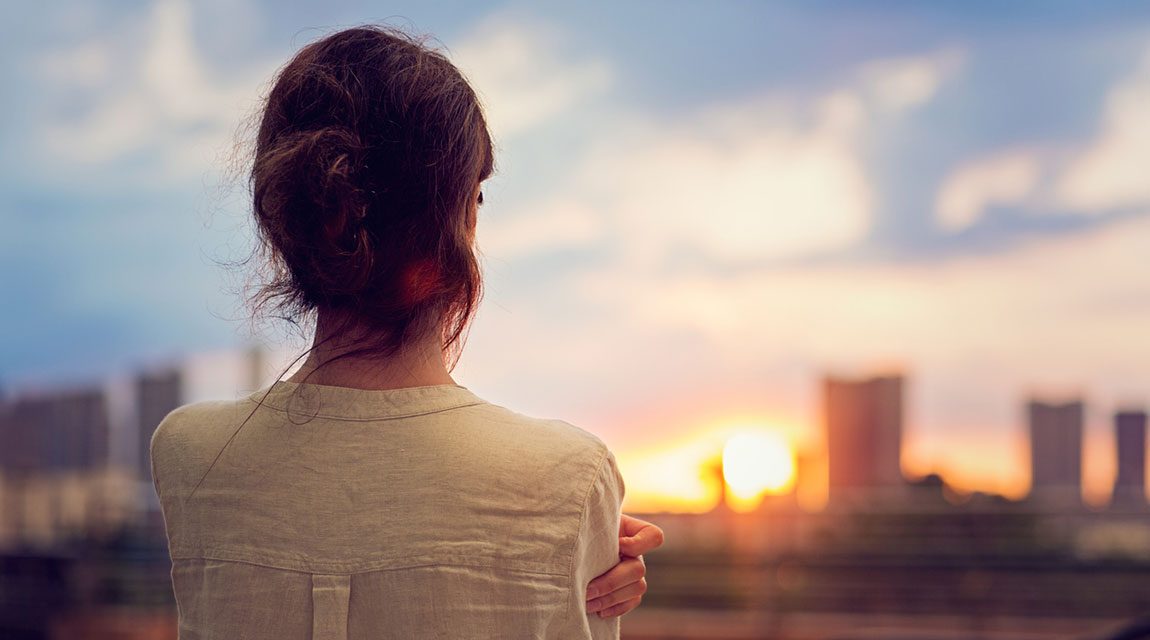 On the physical side of things, sharing needles, which may not be clean, can transmit infectious diseases such as hepatitis and HIV, Dr. Kelly says.

“What is the underlying emotional pain that’s leading someone to find relief through drugs?”

Emma asked her dad to send her to rehab, but he was in denial about her addiction. It wasn’t until she experienced a psychotic episode that he finally entered her into a treatment facility. “It’s so hard to stay sober when you’re around the people you used drugs with,” Emma says. “In rehab, I developed a support network of new, sober friends. I took online classes to finish high school, and filtered calls from my old social circle.”

“It’s important for treatment centers to focus on helping kids get to know themselves and identify what they enjoy,” adds Jamison Monroe, founder and CEO of Newport Academy, a teen rehab mental health center. Monroe believes having a reason to want a better life in the first place can give people addicted to painkillers the motivation to work toward one.

It’s also vital to get to the root cause of the addiction. “What is the underlying emotional pain that’s leading someone to find relief through drugs?” Monroe says. Effective treatment programs can teach better coping skills—like yoga, art, music, or mindfulness meditation—so that you have a healthy outlet for negative feelings. 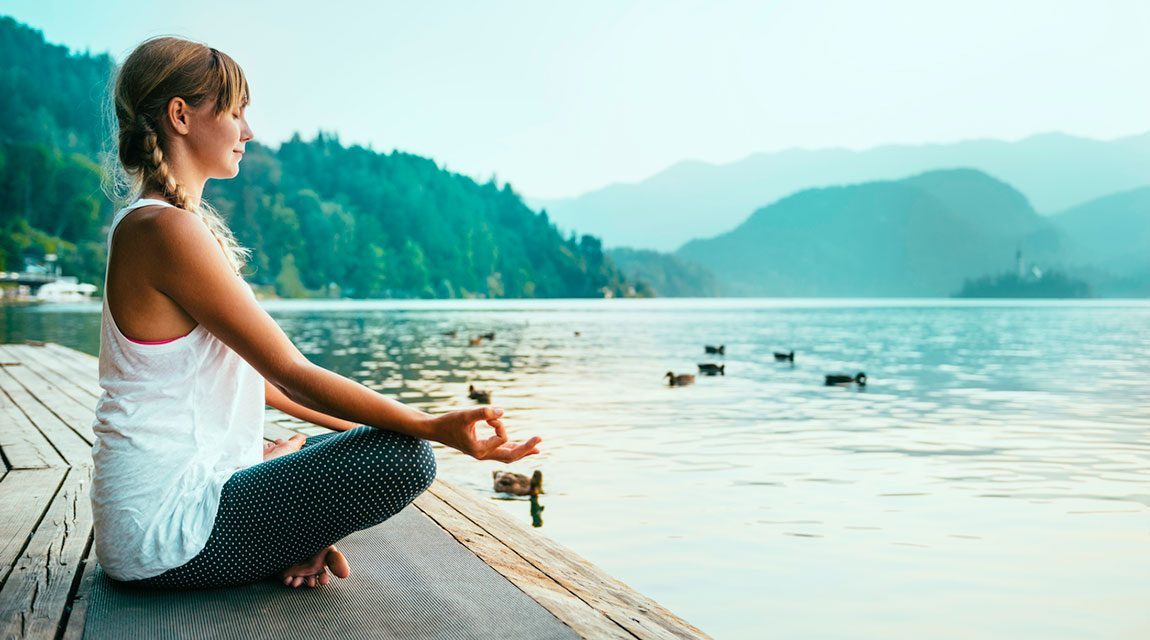 Family plays an important role in recovery from teenage drug use

Family is the final element. “It’s essential to work with family members so they are a part of the solution rather than the problem,” Monroe says. It’s important to talk to one another, starting at a young age, about how you’re feeling and your emotions: “I believe the number one drug prevention tool is spending time as a family talking about emotions,” Monroe adds. And the more you open up to people you trust, the more adept you’ll become at processing difficult situations instead of popping a pill, he says. 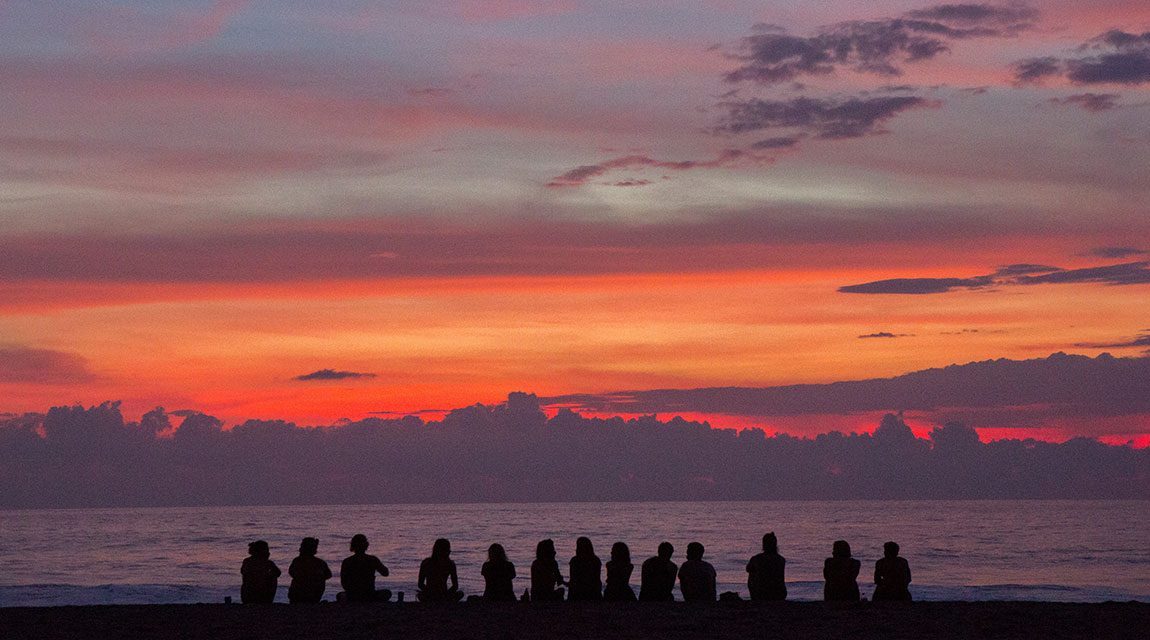 As for Emma, she’s currently a full-time college student. She has been sober for three years. Her best friend—the one she first tried drugs with—died of an overdose at 18.

If you or someone you know is struggling with substance misuse or addiction, reach out to the Substance Abuse and Mental Health Services Administration National Helpline at 1-800-662-HELP (4357).

*Name has been changed.