One Teen’s Story of Becoming Addicted to Prescription Painkillers.

A recent study published in JAMA Pediatrics revealed a scary reason why teens are ending up in the ER: overdoses from prescription and illicit drugs, specifically opioids and heroin.

Prescription opioids are substances that ease discomfort. They do this by “attaching to the opioid receptors in the brain, which helps to very effectively kill pain for a while,” says John F. Kelly, Ph.D., associate professor of psychiatry in addiction medicine at Harvard Medical School and founder and director of the Recovery Research Institute. “After a surgery, accident, or injury, you may be prescribed an opioid in pill form under the brand names of OxyContin, Percocet, or Vicodin, among others.”

While many people can take pain meds without getting hooked on them, about 15 percent of the population is at increased risk for opioid dependence and substance addiction at some point in their lives, Dr. Kelly says. “Aside from killing the pain, most people won’t find prescription opioids very rewarding or stimulating,” Dr. Kelly tells Teen Vogue. “But about one in seven will experience a sense of euphoria that leads them to repeat their exposure to the drug, which can rapidly lead to a cycle of dependence. Genetics play a role in how susceptible you are.”

Meanwhile, heroin is a more potent version of the opioid pain killer morphine, and it can be smoked, snorted, or injected. “In hospital settings, heroin, also known as diacetylmorphine, may be administered intravenously to people in very severe pain or who have had a major surgery,” Dr. Kelly says. “Heroin and pain pills have a similar molecular structures, but heroin is much stronger.” 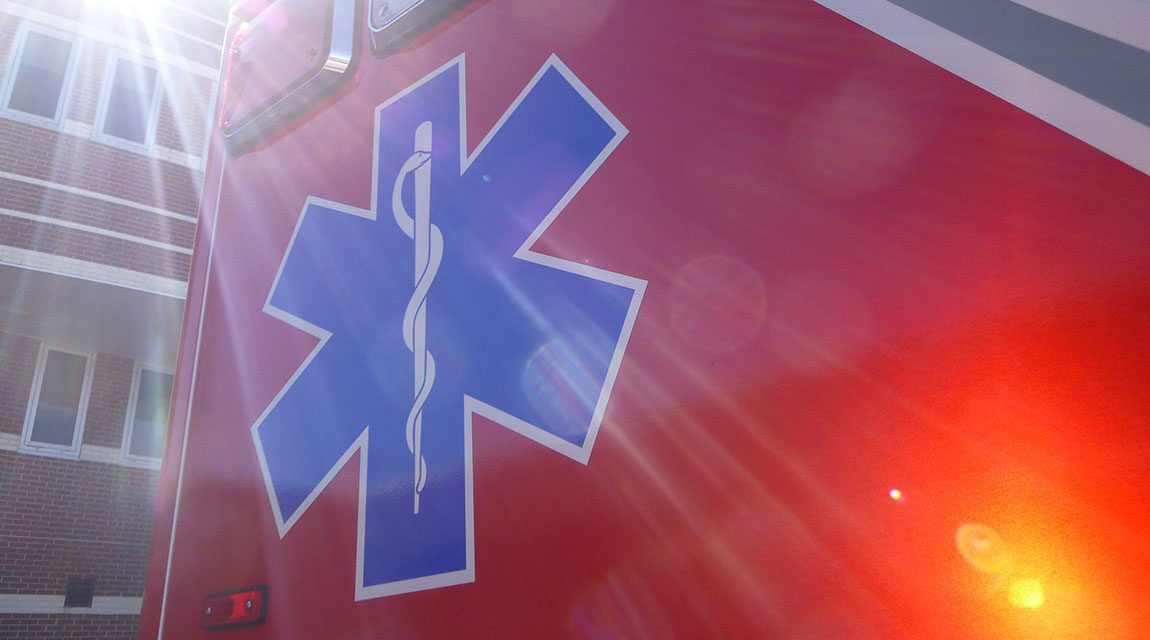 Dr. Kelly explains that there are two primary paths to opioid dependence and addiction. Seven out of 10 people who end up hooked got pills from a friend. “Because we’ve had widespread overprescribing of these very powerful medications, there has been an excess of availability to them in people’s medicine cabinets,” he says. Let’s say your sister’s MD gives her a prescription for a week’s worth of Vicodin after getting her wisdom teeth out, but she ends up taking only a few pills. The leftovers end up in the bathroom—or perhaps distributed to friends.

Another common scenario is that you’re legitimately prescribed something like Percocet or OxyContin after an injury or surgical procedure, and innocently become addicted.

Opioid Pills Aren’t as Safe as You Think

That’s what happened to Mike*, now 18. Growing up, he lived for football, and played hard—so hard that by eighth grade, he’d suffered four concussions on the field, and was having chronic migraines. His mom took him to the doctor, and after a CT scan and a quick physical, the MD handed over a prescription for hydrocodone, an opioid pain medication that modifies the way your central nervous system processes pain signals. In addition to allaying discomfort, it can make you feel happy, stress-free, and for some people, high.

“After the appointment, he reached out to see if I needed a refill, but there were no more face-to-face visits,” Mike says. He doesn’t recall being counseled about the drug’s highly addictive nature.

But Mike’s experience is actually pretty typical. “Compared to illicit drugs, there is the perception that opioid pills are safe, since they were prescribed by a doctor,” Dr. Kelly says.

“It Was Exactly What I Was Looking For”

The moment Mike downed his first pill, he fell in love with how it made him feel—and not only because it relieved his headaches. Mike also experienced depression, and “the pills blocked that out, and I felt like everything was OK,” Mike tells Teen Vogue. “It was exactly what I was looking for.”

“Although they’re not effective for treating severe, debilitating depression, painkillers can temporarily take away feelings of anxiety,” Dr. Kelly says. “Like many other drugs, they will dull and change the way people feel, inducing sedation and escape from reality.” The word morphine is derived from Morpheus, a Roman god associated with dreaming. And that’s what opioids do: allow you to retreat into a dreamlike state.

Mike tore through his 30-day prescription in less than a week, then started buying tabs of the opioid painkiller OxyContin from an older player on the football team leading him to opioid dependence. Within a couple of weeks, he was taking five a day. At $30 a pop, his habit drove him to steal money from his parents. He even sold his and his brother’s belongings—video games, a bike, tools—and also started selling marijuana to make money. The summer before his freshman year of high school, he was taking up to eight pills—totaling about $250—a day. “When I didn’t take them, I felt extremely depressed, and my whole body ached,” he says. “Nothing else mattered besides getting high.” 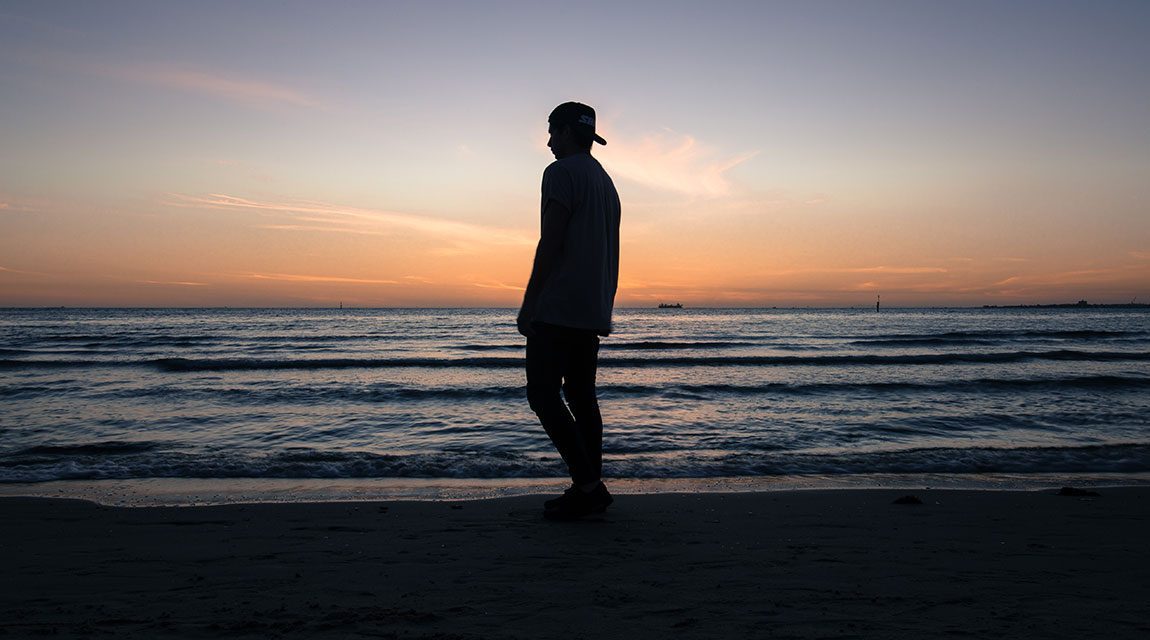 According to Dr. Kelly, regular users will develop a tolerance to the pills over time, driving them to consume higher doses in order to achieve the same results—or even just to feel normal. That’s when money becomes an issue. Eventually, they may find that they can’t afford to purchase the pricey prescription meds anymore, so they turn to heroin because it’s significantly cheaper. “Between 70 and 80 percent of heroin addicts started by using prescription opioids,” he says.

“One pill of Oxy will run you $20 to $80, whereas a bag of heroin that gets you the same high can cost as little as $5,” says Jamison Monroe, founder and CEO of Newport Academy, a teen rehab mental health center. “Many of the kids we treat decide to switch over because they can’t afford it.”

When Mike couldn’t muster up the funds to maintain his opioid dependence, his Oxy dealer introduced him to heroin. “I’d never been talked to about drugs before, and I didn’t know anything about heroin,” Mike says. “It was half the price of the pain meds, so it was a no-brainer. I thought it was a godsend.” 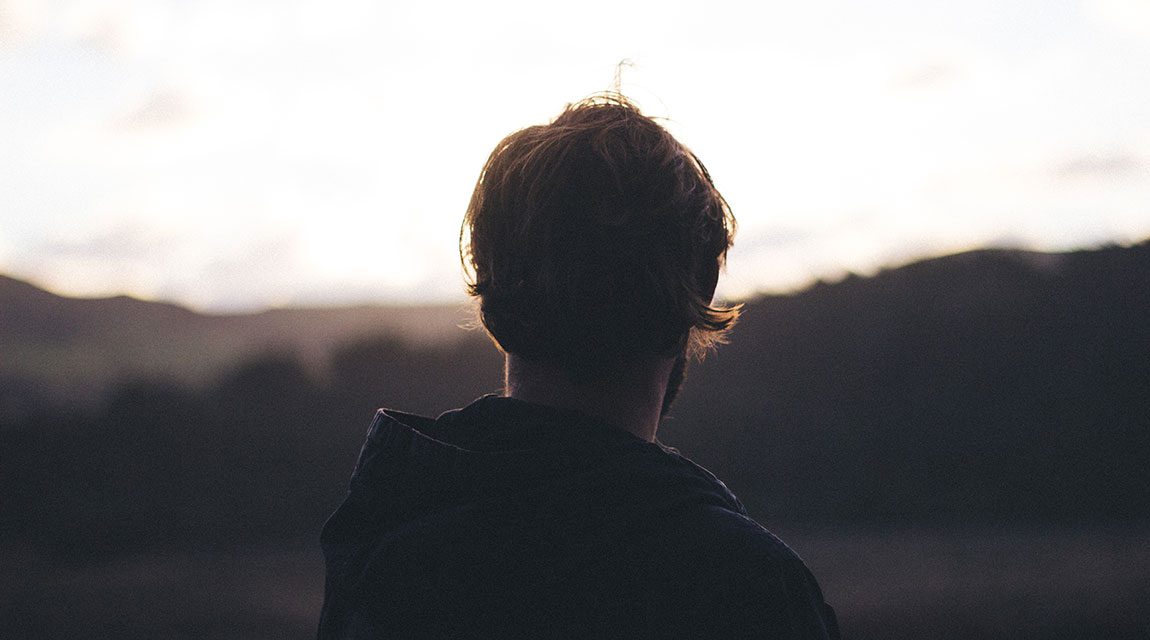 From there, Mike’s life rapidly unraveled. He had always been solidly built, but his frame shrunk until he was as thin as a rail, with sunken eyes and hollow cheekbones. A naturally social guy, he went from having a good group of friends to isolating himself with older people who were also addicted to heroin. By the end of his freshman year of high school, he was skipping school and injecting black tar—which, according to the National Institute on Drug Abuse, is a form of heroin that’s crudely processed and retains impurities—regularly.

At the time, Mike didn’t understand it was possible to recover from a drug addiction. He was hopeless, and believed that his life was over—literally. After seven months of smoking heroin, he started shooting up the drug. “I knew I was screwed. I was full of fear about the future. I felt suicidal,” Mike says. “If my parents hadn’t gotten me help, I would be in jail or homeless or dead or about to die right now.”

Toward the end of his first year of high school, Mike got caught on campus with heroin and was sent to a drug treatment program organized by the school, which is when his parents learned that he was using. He started skipping school so he wouldn’t have to go to the treatment sessions, and even spent a month in another city, couch-surfing in the apartments of other people addicted to drugs who he knew. When he eventually returned home, his parents sent him to rehab for his opioid dependence. He has been sober for two years and is currently in college, studying to become a therapist at a drug and alcohol treatment center.

Mindfulness is Key to Recovery

Some think one part of the solution to opioid misuse is to increase emotional awareness. “In our society, I believe there is a direct line between ignoring internal turmoil and an uptick in the use of pain medication,” Monroe says. “We don’t have conversations with our friends and family members about difficult things.” As a result, our negative feelings spiral, and we seek chemical means to numb them, he says. 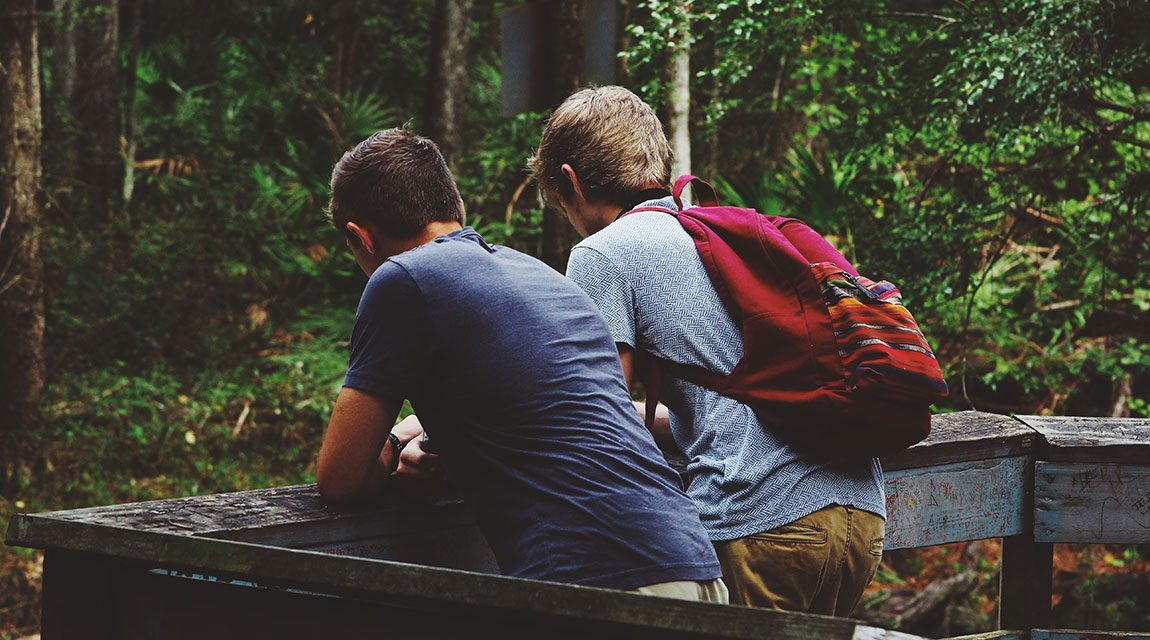 If you’re concerned that you or a friend is starting to get hooked on painkillers, talk to your parents (as long as you have a good relationship with them and they’re not dealing with an addiction of their own) or another trusted adult. Next, talk to your doctor, who can help you and your family figure out a treatment plan. Check out more info about what to do from the National Institute on Drug Abuse, here.

There have also been national efforts to address this problem, thanks to the community of Anti-Drug Coalitions of America, which launched broad-based awareness programs. But what’s really key is targeting failures within our health care system. Mike had friends who would break their own bones just in order to obtain pills. Now, he manages his headaches with Tylenol and ibuprofen. Last year, he had major surgery and dealt with it fine using over-the-counter pain meds.

Teen Drug Use Is Steadily Decreasing

Luckily, progress is being made on that front. The CDC has issued more restrictive guidelines about prescribing opioid compounds, which promote stricter monitoring of patients and their opioid usage, but also sends a message to the medical community about the dangers of these meds. Prescription drug monitoring programs (electronic databases intended to flag the misuse of painkillers) have been rolled out in all but one state. And Congress just approved $1 billion in new funding to expand treatment for addiction. 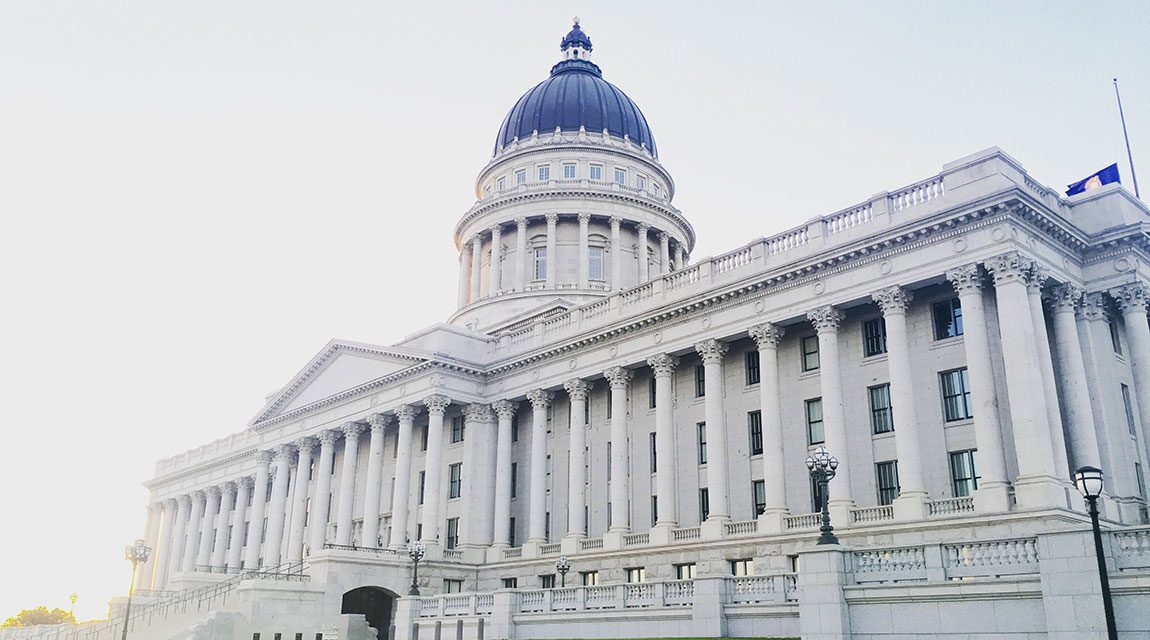 To some extent, progress is being made. According to the National Institute on Drug Abuse, teen drug misuse of drugs other than marijuana is at an all-time low, with 14.3 percent of high school seniors reporting having taken an illicit drug (other than marijuana) in the past year, compared to a recent high of 17.8 percent in 2013. In addition, 4.8 percent of 12th graders have taken prescription opioids for non-medical use, and 0.3 percent have used heroin with a needle, both down from their peaks. The bump in federal funding will hopefully bring these figures even lower in the years to come.

But not everyone is happy about the more restrictive guidelines intended to curb misuse. There has been pushback from the chronic pain community, many of whom report that their prescriptions are harder to come by, leaving them frustrated and desperate. “It’s very important for each prescriber to pay close attention to the needs of their patients, including those who have had a long history of pain,” Dr. Kelly says. “Still, the prescription practice has been too lax, where people are given way too many pills for their needs following a certain incident, leading to a glut of painkillers left lying around. This access availability and accessibility to once-prescribed opioids has been the major contributor to the current opioid overuse epidemic.” He points out that the U.S. represents 5 percent of the world’s population yet consumes 80 percent of the world’s opioids. Rather than MDs handing out a massive quantity of meds all at once, he says a better option is for physicians to prescribe a limited amount, then have people go back to their doctors for a refill.

**Name has been changed.*