These stark statistics from Mental Health America’s 2021 Youth Data survey highlight the need for greater awareness around the mental health struggles our teens are facing. And these numbers have only been exacerbated by the COVID pandemic, which has led to increased isolation, anxiety, and depression among young people.

To help meet this need, Newport Academy is partnering with The Trevor Project to launch the #smashthestigma campaign. During Mental Health Awareness Month in May and Pride Month in June, Newport Academy will match every dollar donated up to $13,000 in order to reach our goal of $26,000 to support The Trevor Project’s mission to end suicide among LGBTQ youth—including free, confidential 24/7 crisis counseling for LGBTQ young people via phone, text, and chat; innovative education, advocacy, and research on youth mental health; and TrevorSpace, the world’s largest safe space social networking site for LGBTQ youth.

Do you want to help #smashthestigma of teen mental health issues?

The Impact of the COVID Pandemic on Teen Mental Health

According to a recent national poll carried out by Michigan Medicine, nearly 50 percent of parents have noticed a new or worsening mental health condition in their teen since the pandemic started, with three in every four parents saying that the pandemic has negatively affected their teen’s social interactions. The predominant increases were in anxiety and depression symptoms, with parents also reporting that teens’ sleeping patterns were disrupted and that they were withdrawing from family and displaying aggressive behavior due to isolation.

Not only have teens in the United States been dealing with the impacts of COVID and social isolation, but also intense political unrest, gun violence, and an increasing reliance on social media and technology as their only sources of personal interaction. Teens whose social lives are “on pause” could also be more susceptible to using drugs and alcohol as ways to numb the pain and anxiety associated with this time of instability.

Instead of turning to parents, guardians, or other resources available, teens have been relying on gaming and social media, particularly TikTok, to fill the void left by social distancing and to deal with the boredom of isolation, according to a report on social media and isolation from the Child Mind Institute and California Partners Project. The authors of the report point out that constant tech use interferes with two of the basic pillars of teen health and well-being: sleep and exercise. In fact, 65 percent of teens interviewed reported little or no physical activity, and the majority were still on their phones at least an hour after bedtime. Moreover, the report notes that even with the rise in video calls and online interaction, teens are missing a key phase of identity development that occurs through spending face-to-face time with peers. 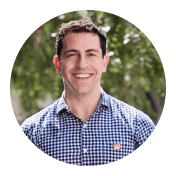 “Experts are just beginning to understand the mental health impacts of the multiple crises in 2020 that have deeply impacted so many. But we know that suicide is still a public health crisis that continues to disproportionately impact LGBTQ youth. The need for robust research, systematic data collection, and comprehensive mental health support has never been greater.”

How LGBTQ Youth Have Been Affected by 2020

One of the demographics that has experienced the most significant mental health impacts during the pandemic is LGBTQ youth. To assess that impact, The Trevor Project conducted a survey in July 2020, including nearly 1,600 LGBTQ and straight, cisgender youth (ages 13–24) in the United States. The results showed that LGBTQ youth were significantly more likely to experience depression, anxiety, and loneliness than their straight, cis peers, and also less likely to have access to mental healthcare.

Why are LGBTQ teens and young adults at higher risk of mental health disorders and suicide? Rejection or lack of support from family, feelings of isolation or “otherness,” societal stigma, harassment, and threats of violence all negatively impact the mental health of LGBTQ youth. The Trevor Project’s 2020 National Survey on LGBTQ Youth Mental Health, the largest such survey ever conducted, compiled data on these issues drawn from the responses of more than 40,000 LGBTQ youth ages 13–24.

Here are 13 LGBTQ youth statistics from the survey and additional research done by The Trevor Project.

These findings offer a fuller understanding of why the rates of LGBTQ teen suicide ideation and attempts are so high, and why individuals, families, and organizations must work together to smash the stigma and raise mental health and suicide prevention awareness.

If you or someone you know is feeling suicidal, call the US National Suicide Prevention Lifeline at 1-800-273-TALK (8255), text START to 678-678 to access a Trevor crisis counselor, or instant message via TrevorChat at thetrevorproject.org/get-help-now/.

Newport Academy is dedicated to providing support and treatment to teens struggling with a mental health disorder by providing effective, evidence-based treatment that addresses the trauma and attachment wounds at the root of depression, anxiety, and co-occurring disorders. Our mission is to empower teens and restore families. That’s why we’re matching every dollar donated to the #smashthestigma campaign up to $13,000 in order to reach our goal of $26,000, to support the vital work of The Trevor Project.

“Newport Academy is proud to partner with the The Trevor Project to help ensure that young people who are struggling and feeling hopeless can receive support and compassion at the most crucial moments in their lives. Together, we can offer hope and healing for today’s youth, and work toward changing the world for the generations that will come after them.”