What You Need to Know About Teen Brain Development

Since teenage brains aren’t fully developed, some areas aren’t completely online. Most important, these areas are in the prefrontal cortex, which controls reasoning and teen emotion and self-regulation. As a result, teens can be more impulsive and moody. And because brain development and decision-making are closely related, adolescents aren’t as good at planning ahead and making careful decisions.

To understand further, let’s look at how the teen brain develops and the different areas of the brain. In addition, we’ll examine teen brain vs. adult brain functioning.

The Basic Architecture of the Brain

The brain has three main parts:

Brain development begins before birth and continues into adulthood. Therefore, the simplest neural connections and skills form first. Neural connections are the communications between different areas of the brain.

In the first few years of life, more than 1 million new neural connections form every second. Subsequently, more complex circuits and skills develop. But the early stages of construction provide either a weak or strong foundation for future brain development.

The development of the brain and central nervous system (CNS) occurs during six major stages. However, the stages may overlap.

The six stages of CNS maturation are

Dorsal induction takes place in the first 18 to 26 days of gestation (pregnancy). A “neural tube” develops in the embryo, which will eventually become the brain and spinal cord.

Ventral induction takes place between week four and week 10 of gestation. In this phase, the three distinct brain structures are formed (cerebrum, cerebellum, and brainstem).

Proliferation is a two-phase process in which the embryo produces cells that will develop into nerve cells. Called glioblasts and neuroblasts, these cells divide and multiply to create the number of nerve cells a person will have for life—approximately 100 billion. In addition, nerve calls are called neurons.

Migration begins at six to eight weeks of gestation and continues through the eighth month of pregnancy. In this stage, nerve cells move from the site of production to their final position somewhere in the CNS. For example, some cells will move to the cerebrum and some to the cerebellum. Moreover, some neurons form the corpus callosum. This is a bridge that connects the two cerebral hemispheres.

The Stages of Teen Brain Development and Beyond

The last two stages of brain development occur after gestation. In fact, some types of brain changes continue through adulthood.

Organization begins at six months of gestation and continues well after birth. In this stage, neurons fully develop. Thus, each neuron includes

The communication between axons and dendrites are called synapses. And new synapses can continue to form throughout a person’s life. Therefore, teen brain development includes the formation of new synapses.

Myelination begins at six months of gestation and continues into adulthood. Hence, in this stage, the glial cells produce myelin. Myelin is a fatty covering that helps neural connections occur more efficiently. 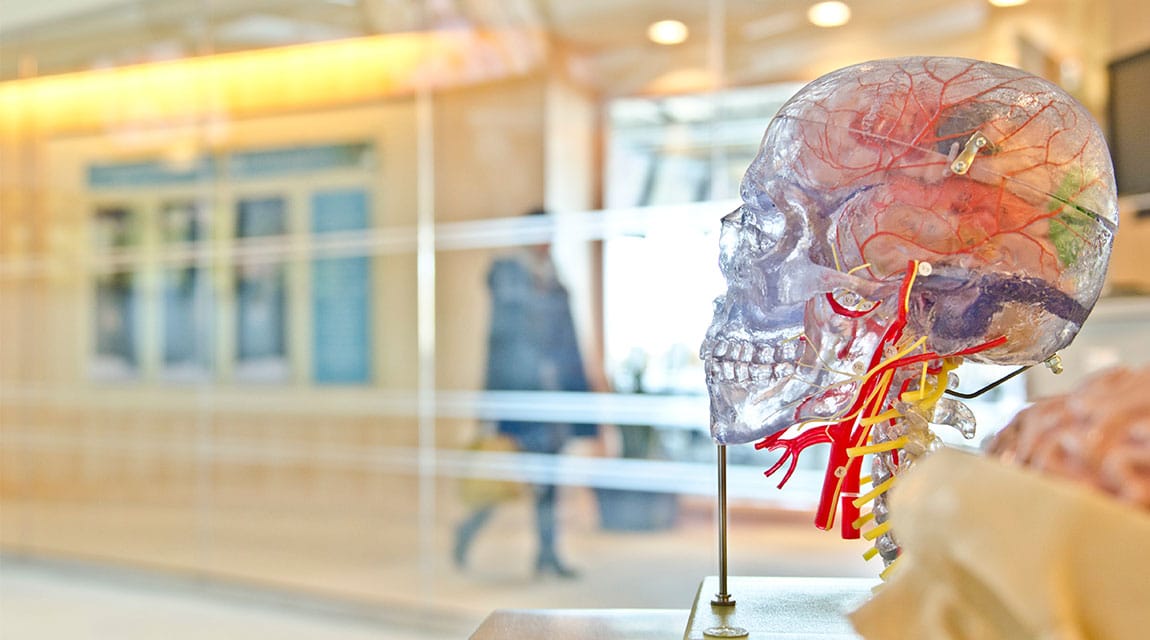 The Functions of the Cerebral Cortex

The cerebral cortex has six layers. Moreover, it is divided into lobes. Hence, these lobes are referred to by the names of the skull bones that cover them: frontal, parietal, temporal, and occipital. In addition, the limbic lobe incorporates parts of three of the other lobes (frontal, temporal, and parietal).

Each lobe is linked with various functions:

Temporal lobe (right and left side of the head, above and behind the ears)—emotions, compulsions, sexual behavior, interpretation of language, hearing, memory

Occipital lobe (the back of the head)—processing visual stimuli.

Lack of frontal lobe maturity catalyzes a variety of teen behaviors. That’s because the prefrontal cortex is involved with a wide range of functions, known as executive functions. These include the following:

Therefore, children and teenagers are unable to access certain skills and abilities until later in the frontal lobe development process. Consequently, lack of executive functions can result in teen risky behavior. And lack of emotional self-regulation skills can affect teen mental health. Moreover, teens are also dealing with hormones as a result of puberty. 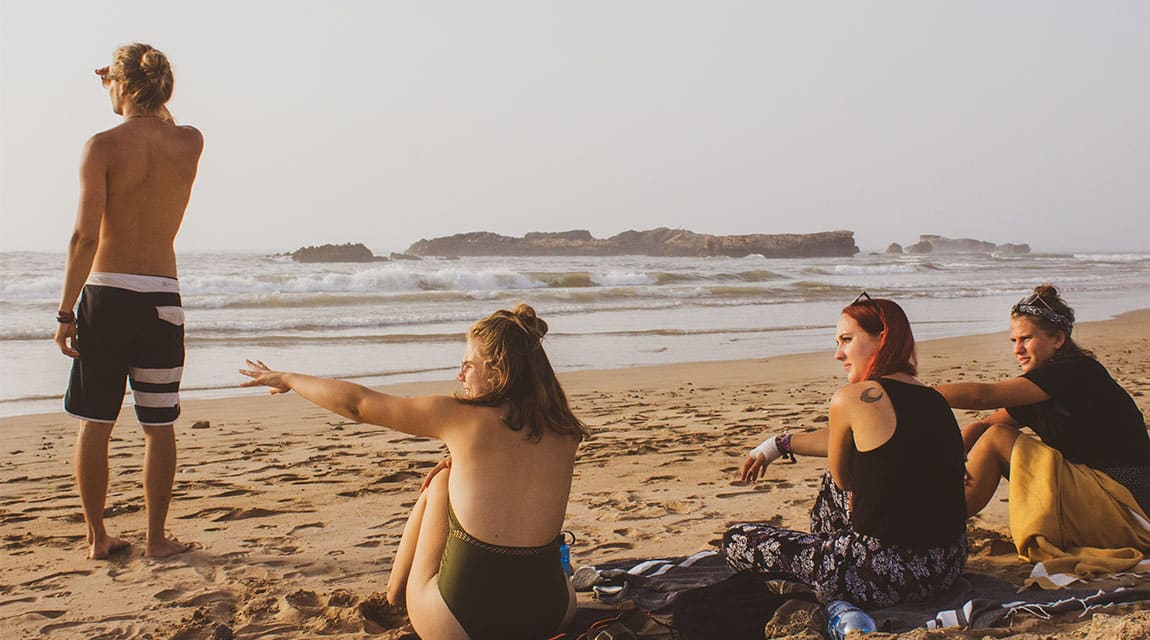 The amygdala is an almond-shaped structure in the temporal lobe of the cerebrum. It is responsible for immediate or “gut” reactions, including fear and aggressive behavior. Over the course of adolescence, the prefrontal cortex takes over greater control of the limbic system. Hence, we learn to think before we act. But before the prefrontal cortex matures, the amygdala is in charge.

Research shows that the amygdala plays an outsize role in teen behavior and mental health. For example, in one study, teens with a larger amygdala, relative to their total brain size, showed more aggressive behavior. Furthermore, in another study, teens with depression showed increased activity in the amygdala. This research might explain why teenagers’ feelings of aggression, fear, and depression may be more intense than those of adults.

One group of researchers studied how adolescents perceive emotion as compared to adults. The scientists looked at the brains of 18 children between the ages of 10 and 18. Next, they compared them to 16 adults using functional magnetic resonance imaging (fMRI). Both groups were shown pictures of adult faces and asked to identify the emotion on the faces.

Subsequently, the adults correctly identified the expression as fear. And the teens used works like “shocked,” “surprised,” and “angry” to describe the pictures. But even more interesting, the teens and adults used different parts of their brains to process what they were feeling. The adults showed activity in the frontal cortex, which governs reason and planning. But the teens mostly used the amygdala.

Some researchers believe that there is an evolutionary purpose to the rate of teenagers’ brain development. Hence, they theorize that the brain is wired for increased risk-taking and emotional reactivity during adolescence. Thus, these traits support teens to become more independent and to be alert to dangers in their environment as they strike out on their own.

However, in today’s world, teens don’t have to fend for themselves in the wild. Therefore, their hardwiring sometimes leads to self-destructive risk-taking, such as

Furthermore, because teen brain development is still in progress, substance use is more dangerous for them. New experiences that are pleasurable can very quickly become habits as a result of chemical reactions in the brain. Consequently, a teen can become addicted to alcohol or drugs more easily than an adult. 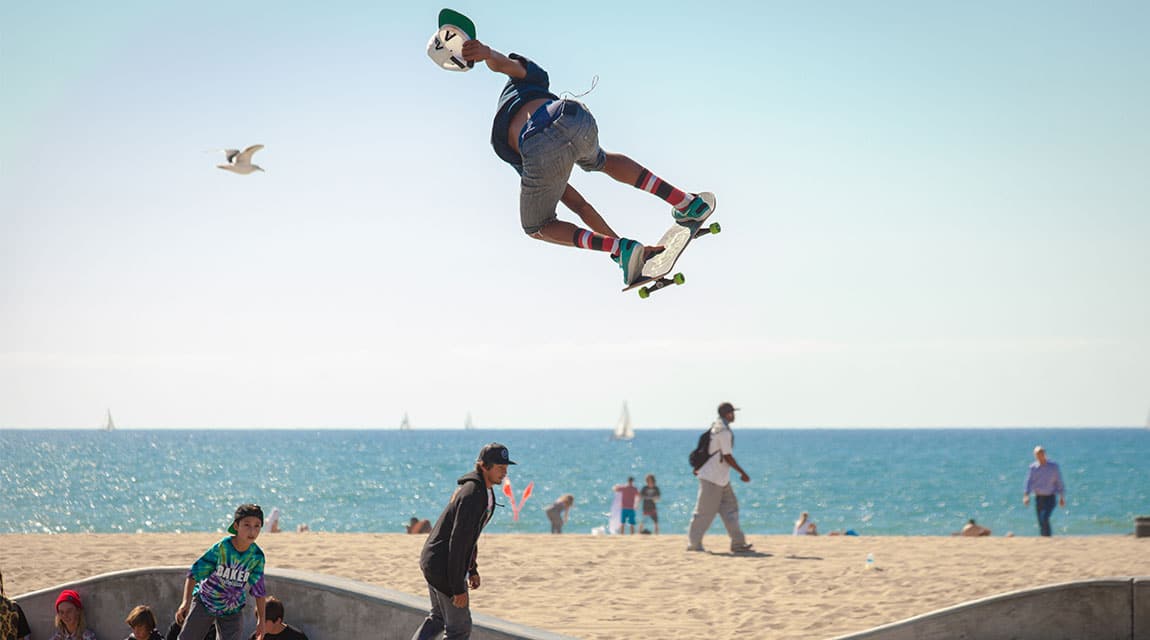 How Genes and Environment Impact Children and Teen Brain Development

Both nature and nurture influence brain development. Hence, genetics plays a role. However, events and circumstances during infancy and childhood also have a powerful impact.

For example, frequent and intense periods of stress weaken the architecture of the developing brain. For example, such stress might include physical or emotional abuse, chronic neglect, caregiver substance abuse or mental illness, and exposure to violence. Therefore, the development of neural connections is impaired.

As a result, this can lead to lifelong problems in learning, behavior, and physical and mental health. But positive, caring relationships with adults early in life can prevent or reverse the damaging effects of stress.

In summary, teen brain development is at the root of many typical adolescent behaviors. Therefore, understanding this development can help parents cultivate patience and compassion.

Moreover, teens need healthy ways to cope with the intense emotions catalyzed by the overactive amygdala. For example, outdoor adventures, artistic expression, making music, and performing onstage are all healthy challenges that support stress resilience and teen mental health. And they stimulate the growing teenage brain in positive ways.