Dr. Daniel Siegel, MD has a unique ability to make complicated scientific concepts accessible and easy to apply in everyday life. He has shared his insights on the brain, mindful parenting, and child development with groups ranging from mental health professionals, parents, and neuroscientists to policymakers, judges, Pope John Paul II, and His Holiness the Dalai Lama.

Dr. Dan Siegel received his medical degree from Harvard University and completed his postgraduate medical education at UCLA with training in pediatrics and child, adolescent, and adult psychiatry. Executive director of the Mindsight Institute, Dr. Dan Siegel is the author of numerous books, including The Developing Mind, The Whole-Brain Child, Brainstorm: The Power and Purpose of the Teenage Brain, Mindsight: The New Science of Personal Transformation, and Aware: The Science and Practice of Presence. Topics of Daniel Siegel TED Talks and TEDx Talks include compassion, mindsight, and mindfulness and neural integration. Dr. Dan Siegel’s mindfulness tools have been used by thousands of people of all ages.

Dr. Dan Siegel spoke with Newport Academy about mindful parenting, the teenage brain, and how to cultivate parent-child relationships that support the development of self-awareness and resilience.

What is mindful parenting? How can parents foster resilience and “Yes Brain” in their children from an early age?

For example, your child comes into the house and is excited about a bug they found in the yard. How do you acknowledge that their inner state is enthusiastic about the bug, even if yours is not? The non-integrated response is “Get that bug out of the house!” But you’re missing an opportunity to be present. So instead, you recognize and honor their excitement, and maybe join them in walking outside to bring the bug back home. That’s the linkage part. No one’s saying that you have to live with bugs! But you want to honor the child’s differentiated enthusiasm about the bug.

One of the myths is that adolescence is a horrible period of time when your beautiful, wonderful child is going to be taken over and become crazy and lazy and all these terrible things that adults say. It’s just not true and it freaks everyone out. A second, related myth is the idea that this is happening because of angry hormones that are out of control. If you talk to an endocrinologist, you’ll learn there is no such thing as “raging hormones.” Yes, hormone levels rise and have effects on the body, but teens are not going to be taken over by a “raging” molecule.

Some of the other myths are that adolescents should become totally independent, that they shouldn’t be independent at all, or that we should just get through adolescence as fast as possible. That’s not true! The essence of adolescence is what you should hold on to as an adult if you want your brain to stay vital.

When I wrote Brainstorm, my own kids were in mid- to late adolescence. I had looked around for a book for them to read, and there was nothing that offered scientific insight into what’s actually happening during this time.

I use the acronym ESSENCE to describe the four vital features of adolescence. The Emotional Spark (ES) is the enhanced way emotion is generated during this time. This creates emotional storms and moodiness, as well as a powerful passion to live life fully. Social Engagement (SE) emerges as teens turn more toward peers than parents. The downside here is falling prey to peer pressure, and the upside is creating peer relationships that support their health and happiness. Novelty-seeking (N) emerges from shifts in the brain’s dopamine system. As a result, teens engage in risk-taking behavior. But the upside is having the courage to leave home to explore the unfamiliar world beyond. The Creative Exploration (CE) of adolescence describes the way teens push against the status quo.

How can parents use the ESSENCE paradigm to empower teens during adolescence?

As a parent, if you look at each of the four aspects of ESSENCE, you can understand the purpose for each one, as well as the downsides and risks. Then you can look at how to support your teen to cultivate the upsides of these four anchor points of adolescence.

The Emotional Spark is like waves at the shore. If someone doesn’t teach you how to ride the waves, you either avoid the shore (rigidity) or you jump in and get trounced by the waves (chaos). Parents can teach teens how to surf the waves and actually enjoy them. When an adolescent has an intense emotional response, parents often don’t know what to do and they don’t respect it. If you understand that being more emotional is part of the natural development of an adolescent’s brain, then you don’t have to take it personally. Instead, you can let your child know that you accept them and what they’re going through. When you understand that the adolescent brain is more prone to taking risks, you can help them find safe ways to support that drive. That’s how parents can continue to create those integrated relationships with their children, through both respectful differentiation and loving connection.

Adolescents are wired to push against the adult point of view. That’s how we evolved. It’s good for individuals and for society to have a population of adolescents that don’t accept the world as we’ve created it, but instead think about how the world should and could be. In adolescence, the brain doesn’t just continue accumulating information. It begins a remodeling process: It begins to prune down the connections in the brain and become more specialized. In later adolescence, the brain creates more intense interconnections. The job of mindful parenting is to offer the kinds of experiences and tools, such as the mindsight exercises I’ve developed, that your adolescent can use to become a more integrated person. 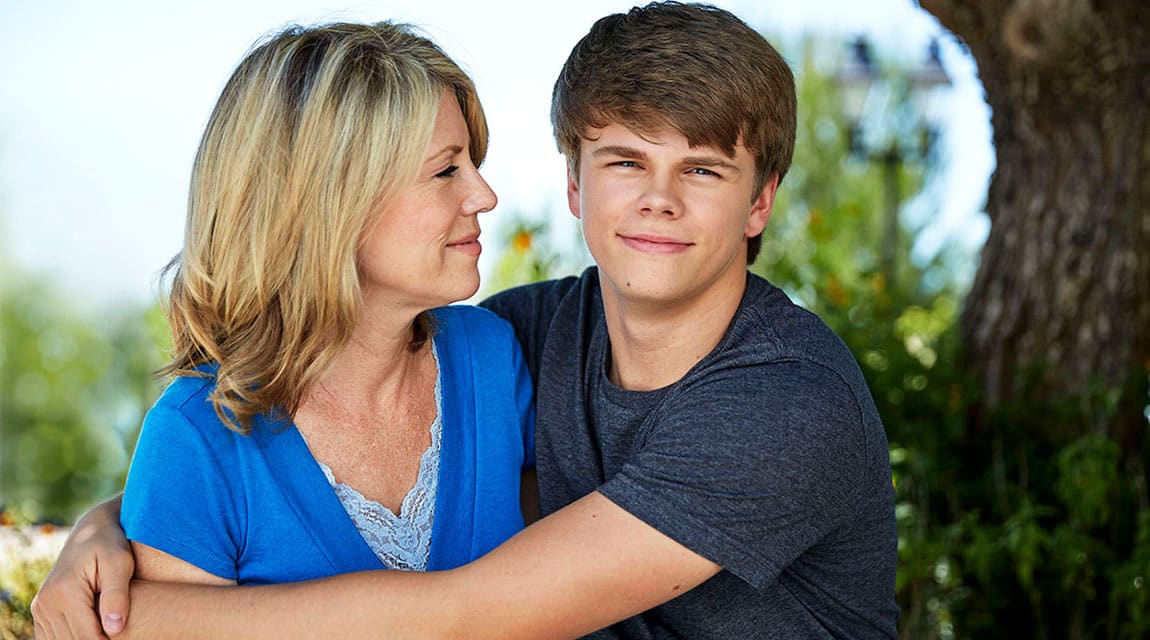 What are mindsight exercises?

When I was an adolescent in medical school, I found that my professors would treat patients like a bag of skin enclosing chemicals, rather than people with emotions. So I made up this word “mindsight” and used it when studying medical culture.

Mindsight refers to the perception of the mind, of your sensations, feelings, and thoughts. It activates a different set of circuits in the brain to give you a map of what’s happening right now in your experience. Mindsight exercises teach you to how to take your attention and focus on energy patterns, emotions, sensations, or intentions that you might have been oblivious to before, and that structure who you think you are.

Becoming aware of these can liberate you from a prison of narratives about yourself, such as I’m no good, I always fail. It offers a way to regulate your internal state. Thus, it can help adolescents feel empowered—to know where they are now and where they want to go in the future.

The Wheel of Awareness is a practice I developed and have taught to tens of thousands of people, using the metaphor of a wheel. Around the rim of the wheel are all the things that we experience, the “known.” That includes our inner and outer perceptions, what we feel through the five senses, the energy patterns in the body, our thoughts and emotions, our relationships with other people, etc. At the hub is our awareness of all of this activity on the wheel—the “knowing.”

For adolescents, learning to come back to the hub helps them avoid being trounced by the waves of emotion coming up on the rim. Therefore, they can make more discerning judgments about their relationships and their impulses. Creative exploration also happens at the hub. What’s so fascinating about the Wheel of Awareness is that you get a chance to literally see the mind in action. You begin to notice that you were lost on the rim, and you learn to train yourself to get back to the hub.

It’s been amazing to see how powerful this is for 5-year-olds and 55-year-olds alike. A kindergarten teacher told me a story about teaching her students the Wheel of Awareness, using a drawing of how it works. One of her students had been kicked out of school for beating up another child. And after she taught the Wheel, he came to her during recess and said, “Joey took my blocks and I’m lost on my rim and I’ve gotta get back to my hub!” It was absolutely beautiful to hear how this little 5-year-old was empowered just by a drawing.

Special thanks to Dr. Dan Siegel for contributing to this article.

Photos by Newport Academy, and Jake Givens from Unsplash.